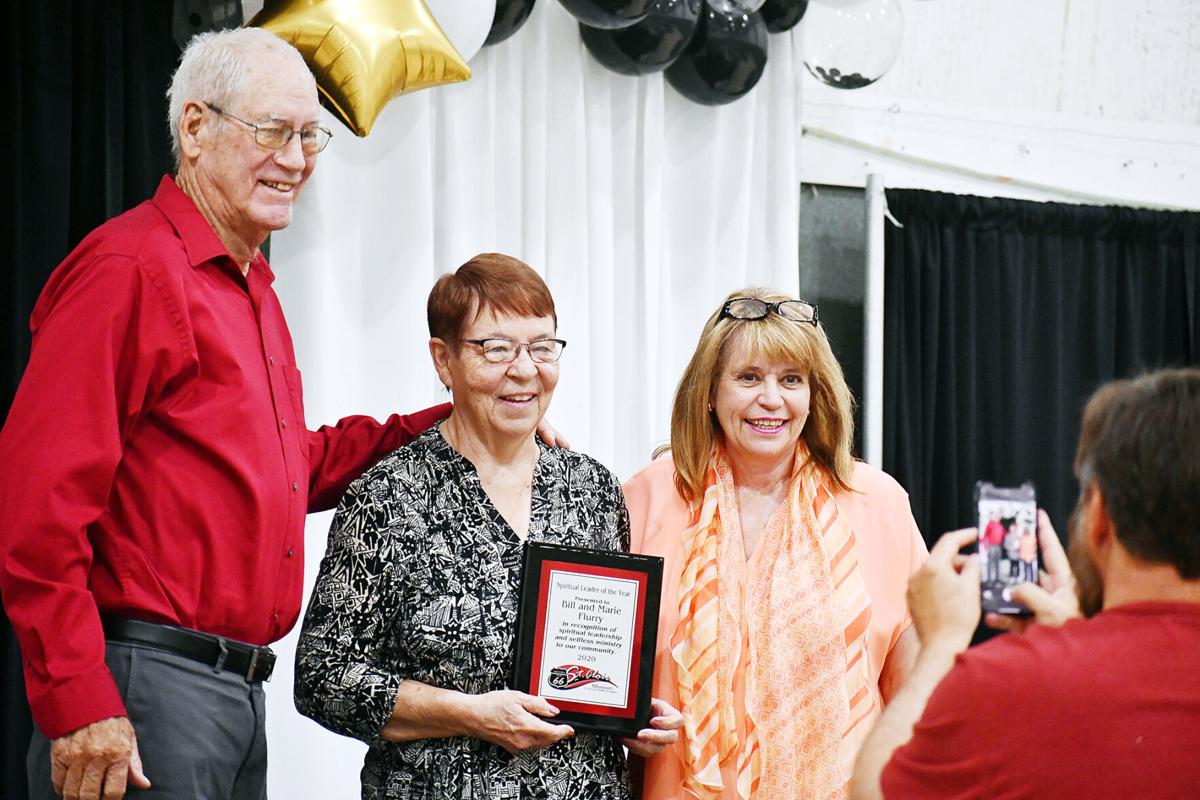 Marie and Bill Flurry were named the 2020 Spiritual Leaders of the Year at the St. Clair Area Chamber of Commerce banquet. They are pictured with Rev. Donna Schofield-Dolle. 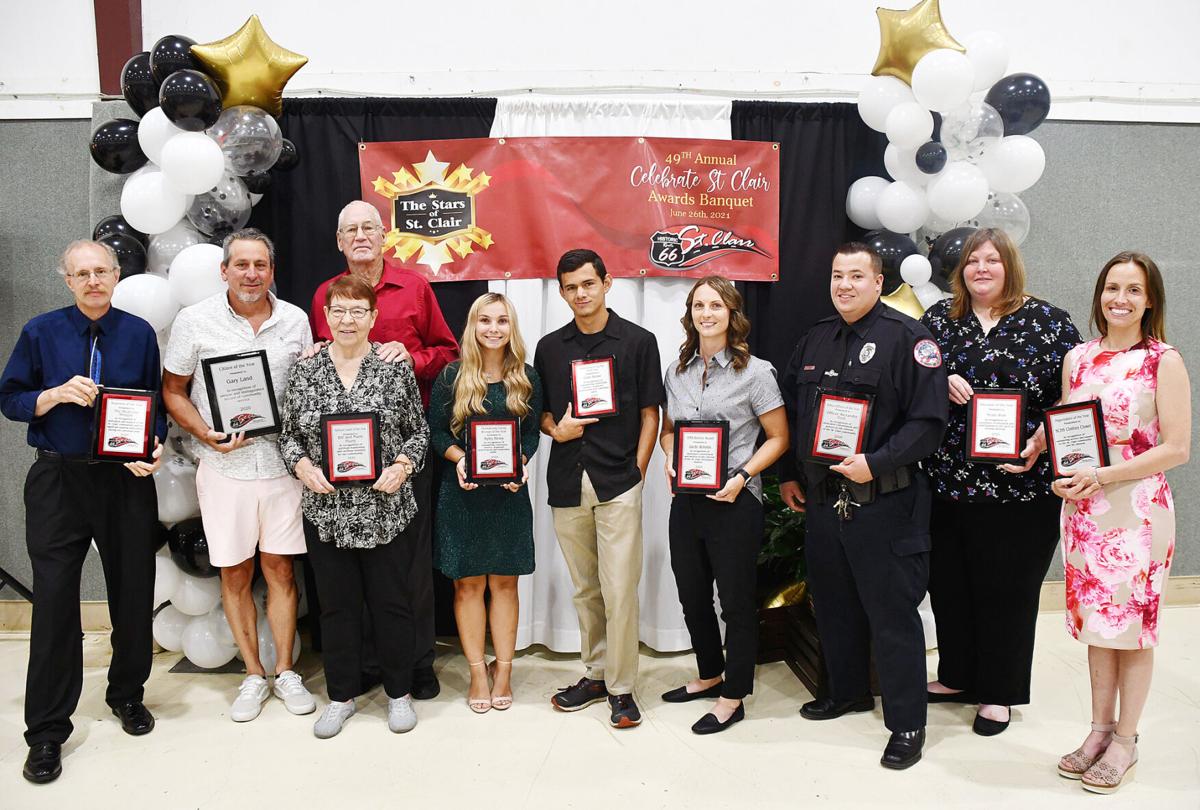 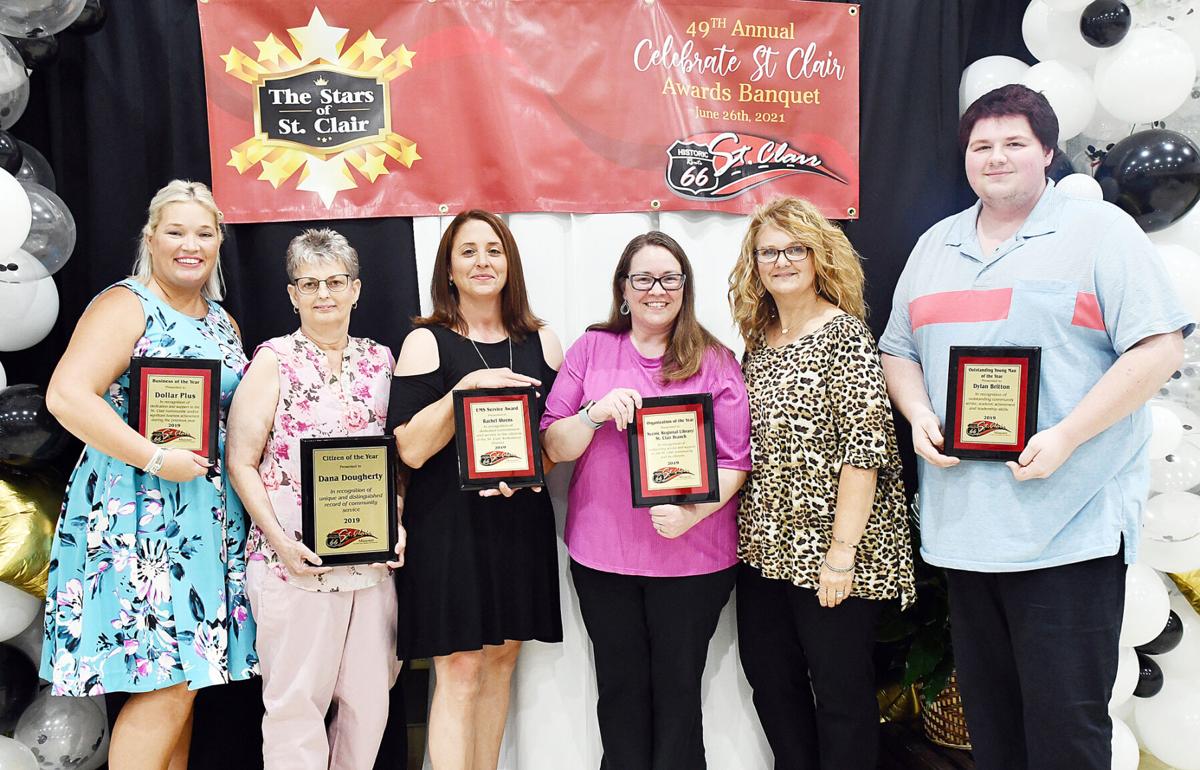 Marie and Bill Flurry were named the 2020 Spiritual Leaders of the Year at the St. Clair Area Chamber of Commerce banquet. They are pictured with Rev. Donna Schofield-Dolle.

Each night before bed, Marie Flurry prays, asking God to use her as the hands and feet of Christ. Those prayers have led her and Bill, her husband of 61 years, to complete mission work both locally and abroad. In 2019, at over 80 years old, they helped rebuild homes in Puerto Rico after a hurricane.

These actions earned them the 2020 Spiritual Leaders of the Year award, one of several awards presented Saturday during the annual “Celebrate St. Clair” banquet.

Marty Hinterlong, owner of The Medicine Shoppe, also was recognized with a portrait, drawn by Wanda Obermark, depicting the pharmacy’s vaccination clinic.

“It has been a privilege to be in this community for 30 years,” Hinterlong said. “I am six doses away from 3,000 vaccinations.”

He said he started the vaccination clinic with hopes of vaccinating at least 1,000 people in St. Clair.

Marie Flurry said the award was “very humbling,” adding that the mission trips have left an imprint on her life.

“It is just a blessing to be able to do all of these things,” Bill added. In addition to their trip to Puerto Rico, the couple have been involved in six different mission trips to Louisiana to rebuild homes after Hurricane Katrina. In 2013, Bill went to Haiti to provide water filters to the island’s residents, who are among some of the world’s most impoverished people.

A video of the banquet will be uploaded to the chamber’s Facebook page.