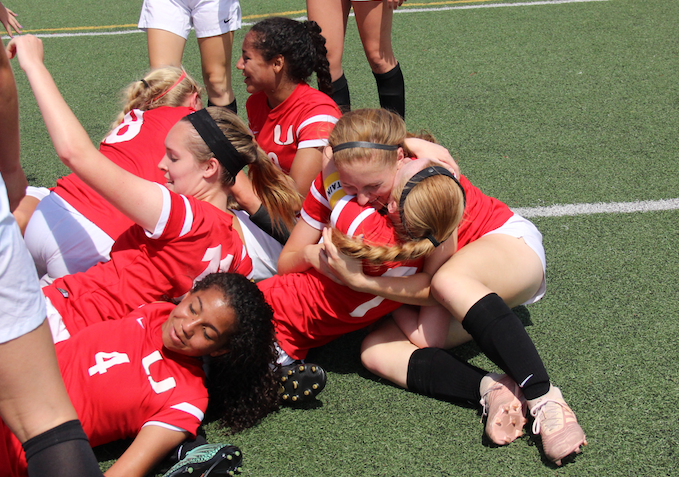 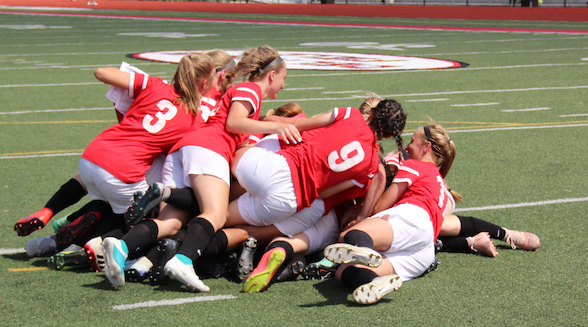 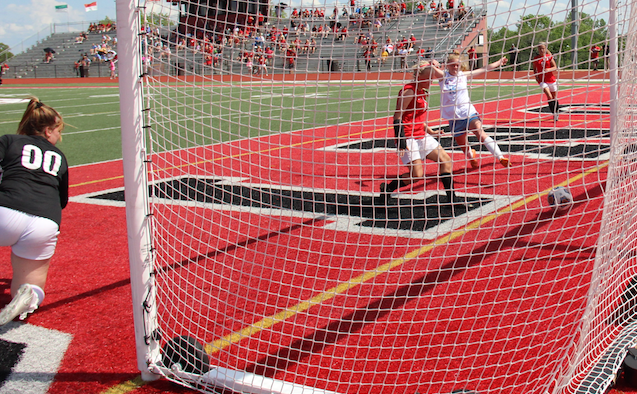 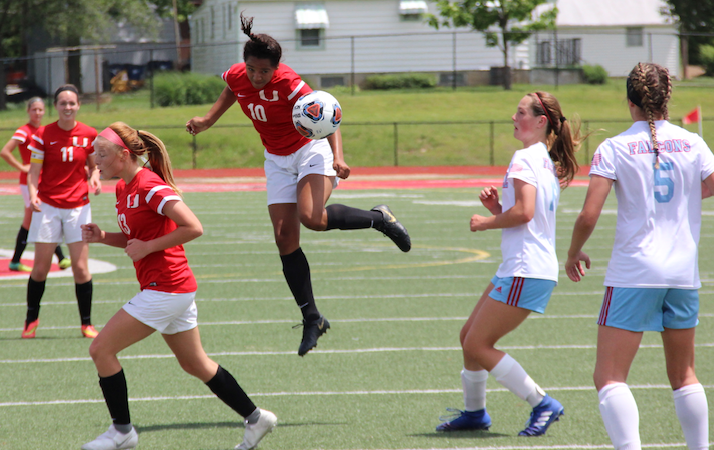 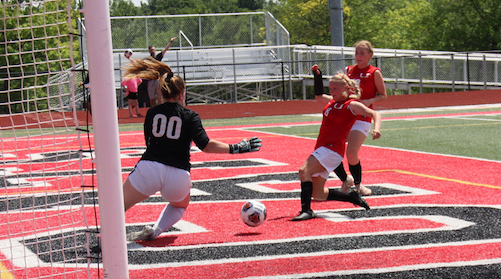 The Union girls soccer team is going to state. Again.

For the second year in a row the Wildcats punched a ticket to the Class 3 Final Four in Kansas City. Union won an OT thriller, 2-1, against Glendale on its home pitch to secure a trip to state.

The golden goal in overtime came off the foot of freshman Logan Baeres — her second goal of the contest.

Late in the first overtime frame, Union junior Grace Weiss worked down the right wing near the corner flag. She was met by a Glendale defender and was knocked down to the turf at Stierberger Stadium.

Weiss heard screams from the bench that the ball was still in play. She rose to her feet and for a second time was sent to the turf.

Weiss managed to get the ball to Emily Gaebe who fired a shot at goal. The ball ended up on the foot of Baeres and she pounded it into the open net.

Wildcat players streamed onto the field to celebrate the overtime winner. The team dog piled on top of Baeres in front of the cheering Union crowd.

Baeres opened the scoring for the Wildcats late in the second half. Despite having the edge on chances, Union couldn't take the lead against Glendale until there was just 12:17 left in regulation.

Baeres found herself in the right spot again and netted the first goal of the game to put Union up 1-0. Gaebe picked up the assist.

With 8:03 left in regulation, Glendale struck. On a penalty kick, Macie Stephens put one past Union goalie Hannah Olive to tie the score at 1-1.

The game went to overtime and each team traded chances early. A big save by Olive kept the game, and season, alive for the Wildcats.

With around 7 minutes left in the first overtime period. Union broke the tie and won the contest.

With the win, Union will advance to the Class 3 State semifinals for a matchup against Rockwood Summit. The game is set for Friday, May 31, at 4 p.m. at Swope Soccer Village in Kansas City, Mo.

For more coverage of the game, see the May 29 edition of The Missourian.