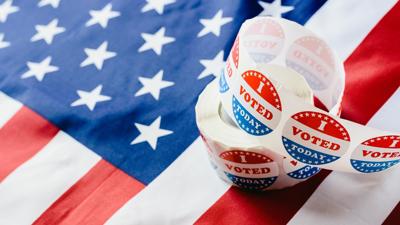 The GOP ran the table Tuesday night in Missouri. Democrats’ hoped-for “Blue Wave” didn’t coalesce to even a ripple as the party found themselves on the wrong end of a rout.

President Trump carried the state by a 15 percent margin -— four points less than 2016 — but still impressive. Gov. Mike Parson posted a 17-point win over State Auditor Nicole Galloway in a race that was alleged to be neck and neck.

Although nearly 200,000 more people voted in the governor’s race this year than in 2016, Galloway received 61,000 fewer votes than the 2016 Democratic nominee, Chris Koster.

Galloway, a rising star in state politics and the only Democratic state officeholder, was a qualified candidate who ran a strong campaign. She put thousands of miles on her campaign bus crisscrossing the state making a cogent case in support of working-class Missourians. She had the credentials. She did the work. She never broke out.

Congresswoman Ann Wagner was supposed to be toast in a race where suburban voters in St. Louis were going to go for the Democrat Jill Schupp. Didn’t happen, Wagner won by nearly seven points.

The down ballot races for lieutenant governor, attorney general, secretary of state and treasurer were easy victories for the GOP. The Republican candidates never broke a sweat in their respective races and won by larger margins than Parson.

Democrats hoped to flip six or seven seats in the General Assembly. They managed to turn just one, leaving supermajorities in place in both chambers.

But perhaps the most crushing blow Republicans delivered was getting Amendment 3 across the finish line. The party united to pass the measure, which repealed “Clean Missouri’s” redistricting reforms, which voters approved in 2018. The upshot is the GOP will be able to protect and preserve its supermajority position for years to come.

How do you explain the GOP dominance this election? A big part of the answer has to do with the popularity of President Trump in Missouri. He energized the party and drove voters to the polls, especially in rural Missouri.

Four years ago, Trump had a 2-to-1 advantage in rural votes nationwide, which was decisive in his election. But in many rural Missouri counties, that margin was much, much higher. That appears to be the case again this year across the country.

If Democrats are going to improve their fortunes in Missouri, they are going to have to craft a message that resonates with rural parts of the state. They don’t have a choice if they want to win here. There aren’t enough Democrat votes in the urban areas — St. Louis, Kansas City and Columbia — to carry the state.

The biggest challenge Democrats have is that as their party is being pulled further to the left, they lose more votes in rural areas. That’s true in Missouri and nationwide.

There was a time when Democrats owned the working-class vote in this state. That isn’t the case anymore. A pro-labor voter is just as likely to cast a Republican vote than a Democrat vote, especially in outstate Missouri. The reality is that Democrats are going to have to craft a stronger economic message that appeals to blue-collar voters.

Any postmortem of this election in Missouri begins and ends with the fact that Republicans had the right message at the right time.