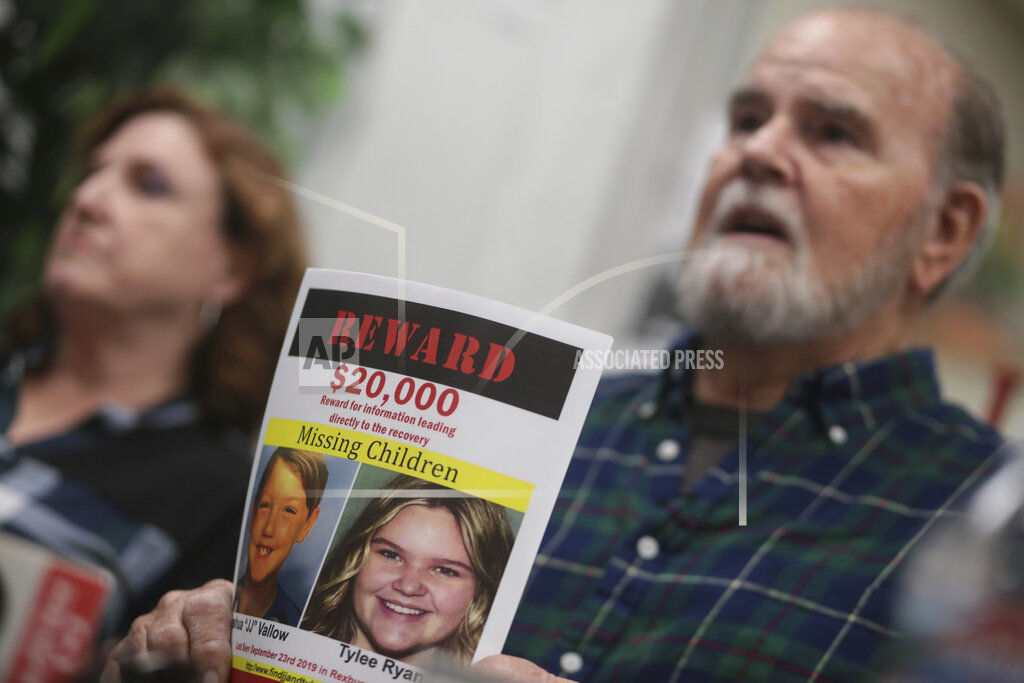 FILE - In this Tuesday, Jan. 7, 2020 file photo Kay and Larry Woodcock speak to members of the media at the Rexburg Standard Journal Newspaper in Rexburg, Idaho. The Woodcocks are offering $20,000 for information that leads to the recovery of Joshua Vallow and Tylee Ryan, who were last seen in September 2019. Their mother, Lori Vallow, also known as Lori Daybell, 47, was arrested Thursday, Feb. 20, 2020, in Hawaii on a warrant issued by Madison County, Idaho, and was being held on $5-million bail. (John Roark/The Idaho Post-Register via AP, File) 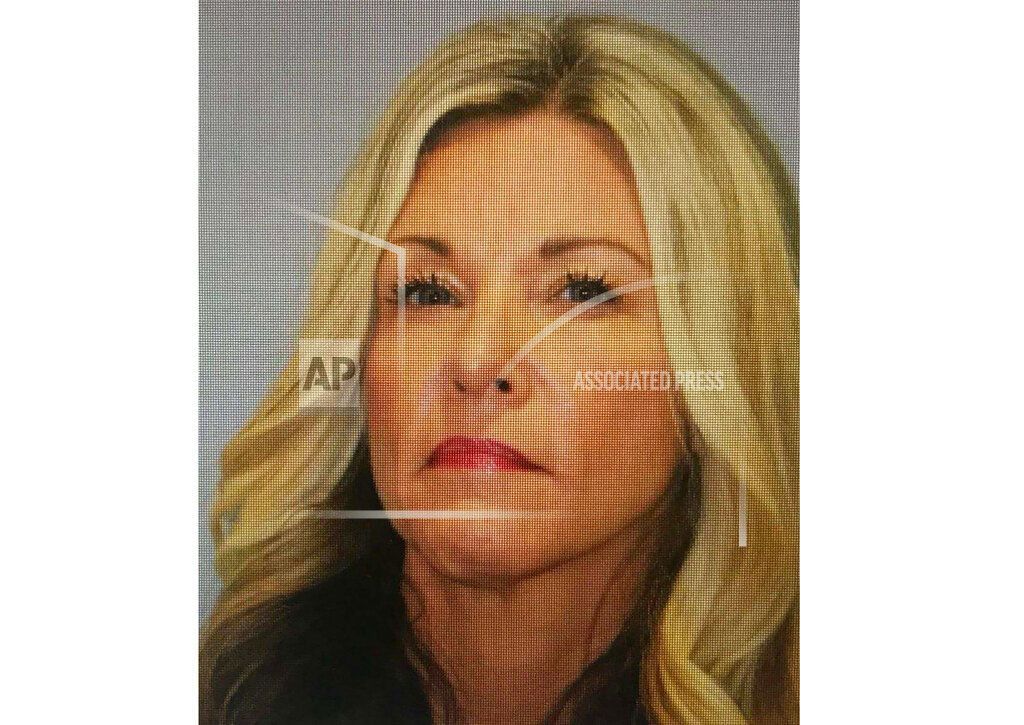 This booking photo provided by Kauai police shows Lori Vallow. Vallow, the mother of two Idaho children missing since September was arrested Thursday, Feb. 20, 2020 in Hawaii. Vallow, also known as Lori Daybell, 46, was arrested on a warrant issued in Madison County, Idaho, and was being held on $5 million bail, Kauai police said. Seven-year-old Joshua “JJ” Vallow and 17-year-old Tylee Ryan haven't been seen since late September, and police in Rexburg, Idaho, have said they “strongly believe that Joshua and Tylee's lives are in danger.” (Kauai police via AP)

HONOLULU (AP) — The mother of an Idaho boy and his teenage sister who have been missing since September has been arrested in Hawaii on felony child abandonment charges and authorities said she was expected to appear in court on Friday.

Lori Vallow, also known as Lori Daybell, 46, was arrested on a warrant from Madison County, Idaho, and was being held for lack of $5 million bail, Kauai police said.

Seven-year-old Joshua "JJ" Vallow and 17-year-old Tylee Ryan have not been seen since late September, and police in Rexburg, Idaho, have said they "strongly believe that Joshua and Tylee's lives are in danger."

Vallow must be extradited before she can face the charges in Idaho, a legal process that often takes weeks. Kauai police said in a statement that she was expected to appear in court Friday but provided no other details.

Lori Vallow's attorney, Sean Bartholick of Rexburg, Idaho, did not respond to phone and social media messages seeking comment and an email message to Daybell seeking comment was not immediately answered..

Vallow is also accused of disobeying a court order that required her to bring her children to Idaho authorities last month.

The test results on Tammy Daybell's remains and on Alex Cox have not yet been made public.

Wood said Vallow is charged with two felony counts of desertion and nonsupport of dependent children and misdemeanor charges of resisting or obstructing officers, criminal solicitation to commit a crime, and contempt of court. The felony charges carry maximum prison sentences of 14 years in prison.

Rexburg police in December asked Kauai police for help in locating the couple. On Jan. 26, Kauai police served a search warrant on a rented vehicle and condo they were renting in the resort town of Princeville on Kauai's north shore.

Lori Vallow reportedly believes she is "a god assigned to carry out the work of the 144,000 at Christ's second coming in July 2020," according to divorce documents Charles Vallow filed before his death.

Chad Daybell has written several apocalyptic novels based loosely on Mormon religious theology. Both were involved in a group that promotes preparedness for the biblical end-times.

Police questioned Daybell and Vallow about the missing children in late November, and the couple left town before police returned the next day.