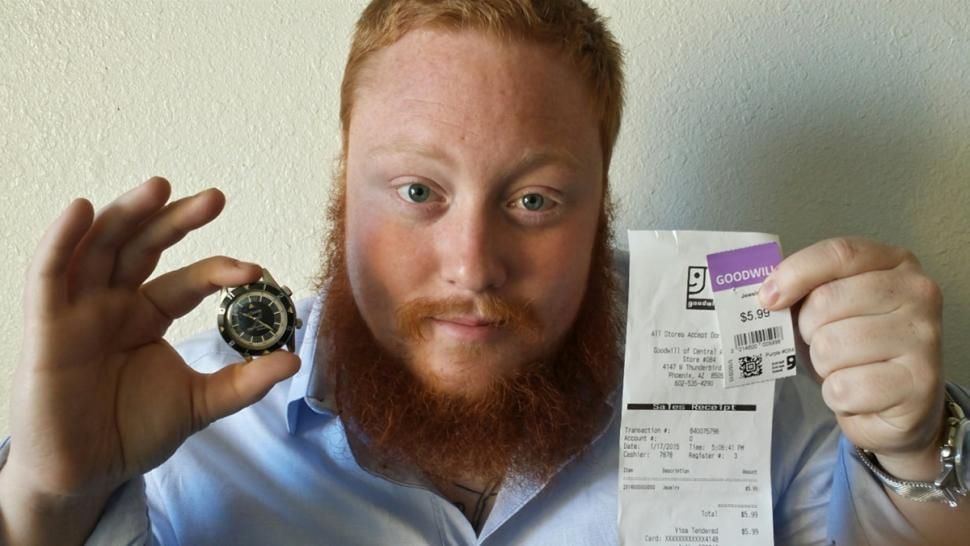 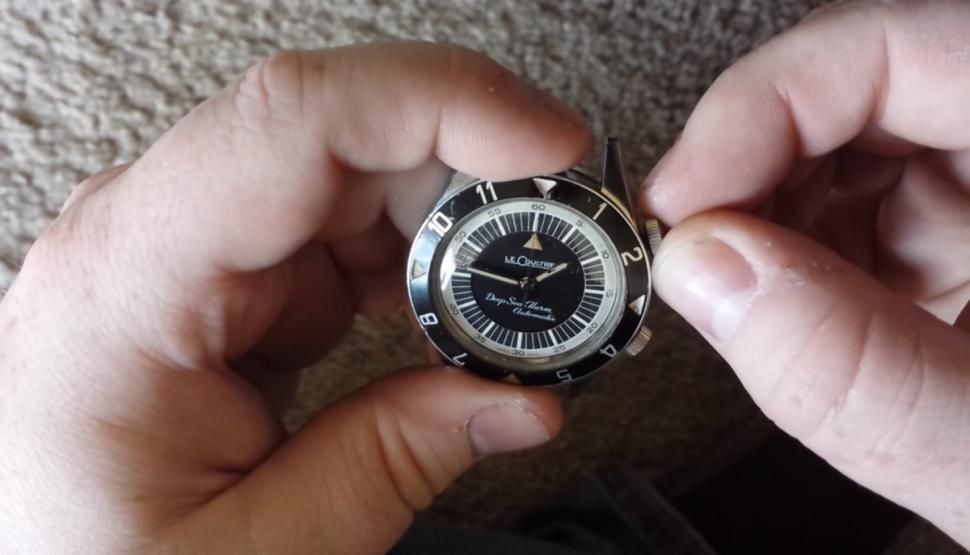 PHOENIX (AP) — A watch collector spotted a rare Swiss timepiece in a Phoenix secondhand store, bought it on sale for $5.99 and then sold it for $35,000.

Zach Norris said he went to a Goodwill store in January to look for a golf cart but took some time to peruse the watch section.

It proved to be time well-spent.

Norris said he was excited when he recognized the 1959 Jaeger-LeCoultre diving watch, he told KTVK-TV (http://goo.gl/EvU1to ).

"I've found some stuff in the past that I have been really excited about and stoked, but this is one of those things you're like, 'One day, one day it will happen,' and it happened for me," Norris told the TV station.

Norris took his purchase to a dealer for the brand, Oliver Smith Jeweler in the Phoenix suburb of Scottsdale. The business' watchmaker authenticated the timepiece, Vice President Paul White said.

The watch was "worn, but not badly worn, certainly wearable," White said.

Norris announced his find on a website for watch collectors, and a San Francisco enthusiast gave Norris $35,000 plus a less valuable watch.

Asked about the price tag, White said it was "market-driven." The watch was part of a production run of about 1,000 and "a rare enough piece" that it would have garnered interest among collectors, White said.

Norris says the proceeds will help pay for his wedding.

The discovery shows there are deals to be had at the thrift stores, Goodwill spokeswoman Summer Dunham said.

"We're happy for him," Dunham said.