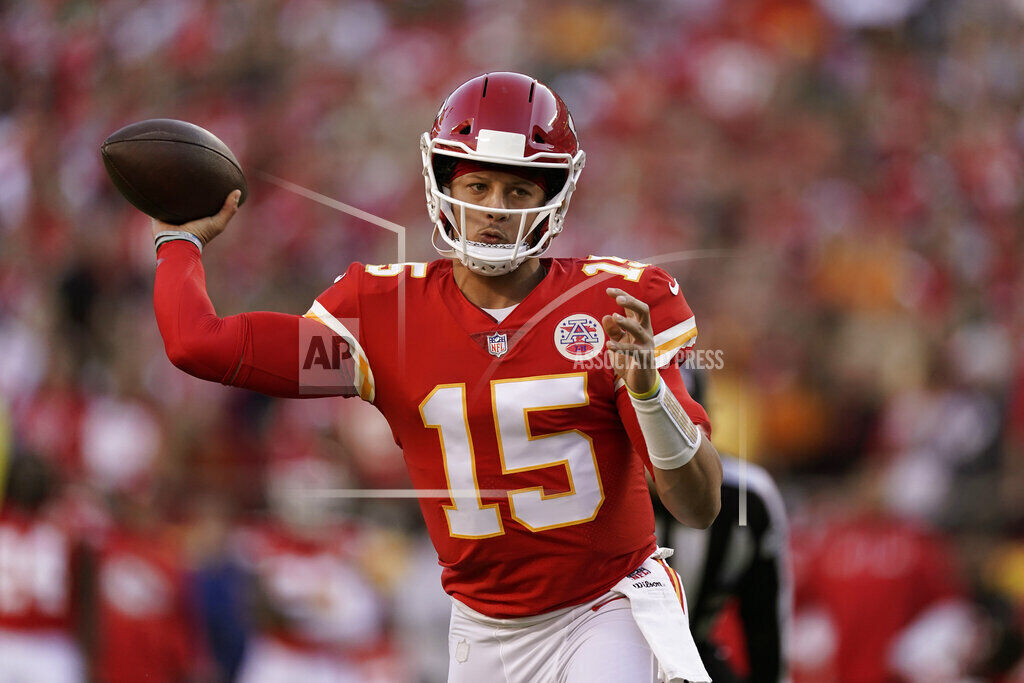 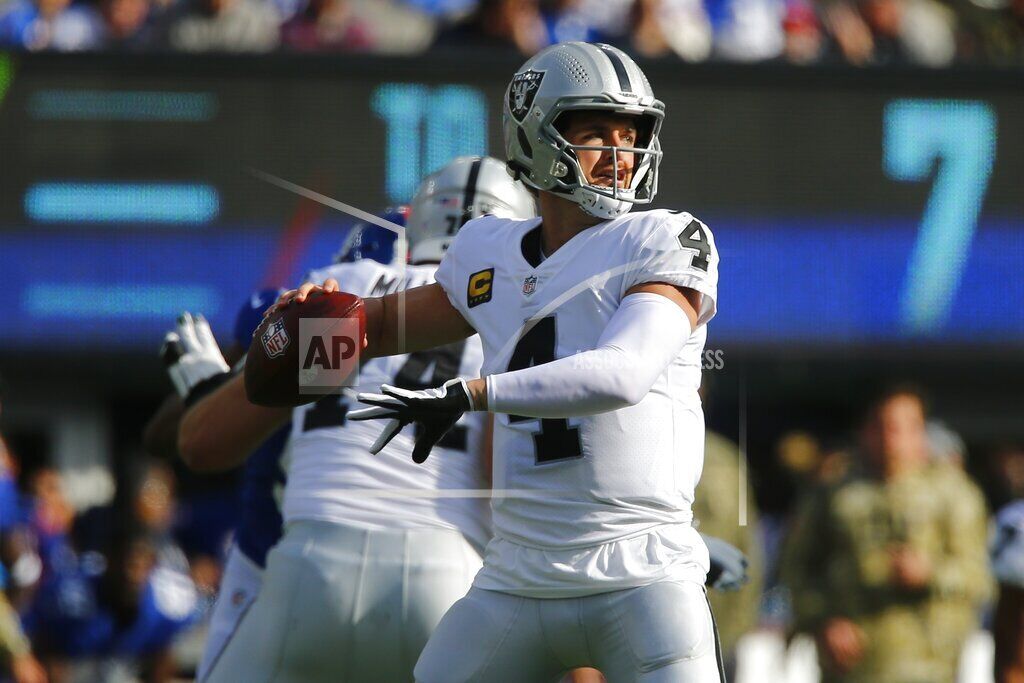 The Kansas City Chiefs find themselves in an unusual spot headed into their first meeting of the season against their fiercest AFC West rivals.

For the first time since 2016, the Chiefs (5-4) are looking up at the Raiders (5-3) in the standings headed into their meeting on Sunday night.

Kansas City has dominated this division for the previous four seasons, and the rivalry since Andy Reid arrived as coach in 2013. But with the defense getting repeatedly gashed early in the season and Patrick Mahomes and the high-powered offense struggling the past few weeks, the Chiefs look nothing like the team that has represented the AFC in the past two Super Bowls.

“Obviously, it’s been bad these last few weeks, haven’t been the way that you’re accustomed to us being,” Mahomes said of the offense. "But it’s no different than what we were doing at the beginning of the year when we were having success. If I had to bet on it, I’d bet we’d kind of figure it out here soon, and hopefully this is the first week of taking that step.”

The Chiefs have been held to 36 points the past three games, marking the first time in Mahomes' career that they failed to top 20 points in three straight games.

But they still managed to win the last two to remain in the playoff hunt as a defense that gave up at least 29 points in each of the first five games has become a bit more stingy.

“We’ve learned how to win games even when it’s not pretty,” Mahomes said. “Offensively we want to play better, but at the end of the day, I’d rather win and not play great offensively than like earlier in the season when we played great offensively and lost.”

While the issues for Kansas City have been on the field, the Raiders have been dealing with major off-field problems.

Coach Jon Gruden resigned last month after offensive emails were revealed. The Raiders then cut ties with both of their 2020 first-round picks in less than a week with receiver Henry Ruggs III released after being charged in a fatal DUI crash, and cornerback Damon Arnette cut after making a video in which he brandished a gun and threatened to kill someone.

That has put a heavy burden on interim coach Rich Bisaccia and the team leaders.

“I mean it feels like there has been something every week and you don’t even want to go on a plane flight or check your phone, let alone have something else happen,” quarterback Derek Carr said.

The absence of Ruggs was notable for the Raiders' offense last week. Carr didn't push the ball downfield without his fastest receiver, leading to the move to sign DeSean Jackson. The 34-year-old Jackson has been one of the game's best deep threats over his career but hasn't had more than 15 catches in a season since 2018.

“He’s very fast. He can still run,” Carr said after his first practice with Jackson. “And that definitely showed up today.”

The Chiefs toyed with using Pro Bowl defensive tackle Chris Jones at defensive end this season, but the experiment has produced dismal results. But with the acquisition of Melvin Ingram from Pittsburgh, the Chiefs have a capable pass rusher opposite Frank Clark, and that in turn has allowed Jones to kick back inside to his natural position.

“Chris just wants to do what’s best and help out wherever he can,” Reid said. “I appreciate his attitude on that.”

A bright spot for the Raiders the past two weeks has been improved play on the offensive line and in the running game. Las Vegas has given up just one one sack in those games and topped 100 yards rushing in both contests after failing to do that in five of the first six games. Center Andre James has improved after a rough start and rookie Alex Leatherwood has played better since being moved from right tackle to guard.

“They’ve certainly improved,” Bisaccia said. "But I think we’re all working on improving day in and day out. What can we do better tomorrow that we didn’t do today? And certainly, they are microcosm of our improvement throughout the entire team.”

CURLY AND THE REDHEAD

Reid and Hall of Fame coach Curly Lambeau are tied for fifth in career regular-season wins after the Chiefs beat the Packers — coincidentally enough — last week. It was meaningful for Reid in part because of his years as an assistant in Green Bay.

“When they start naming fields after you, that means you did a pretty good job,” Reid said. “You couldn’t help but learn about him when you were there, especially for the number of years that I was there. It’s an honor. It’s hard to believe, but it’s an honor to have your name be mentioned close to this guy. So yeah, I’m humbled about it and honored.”