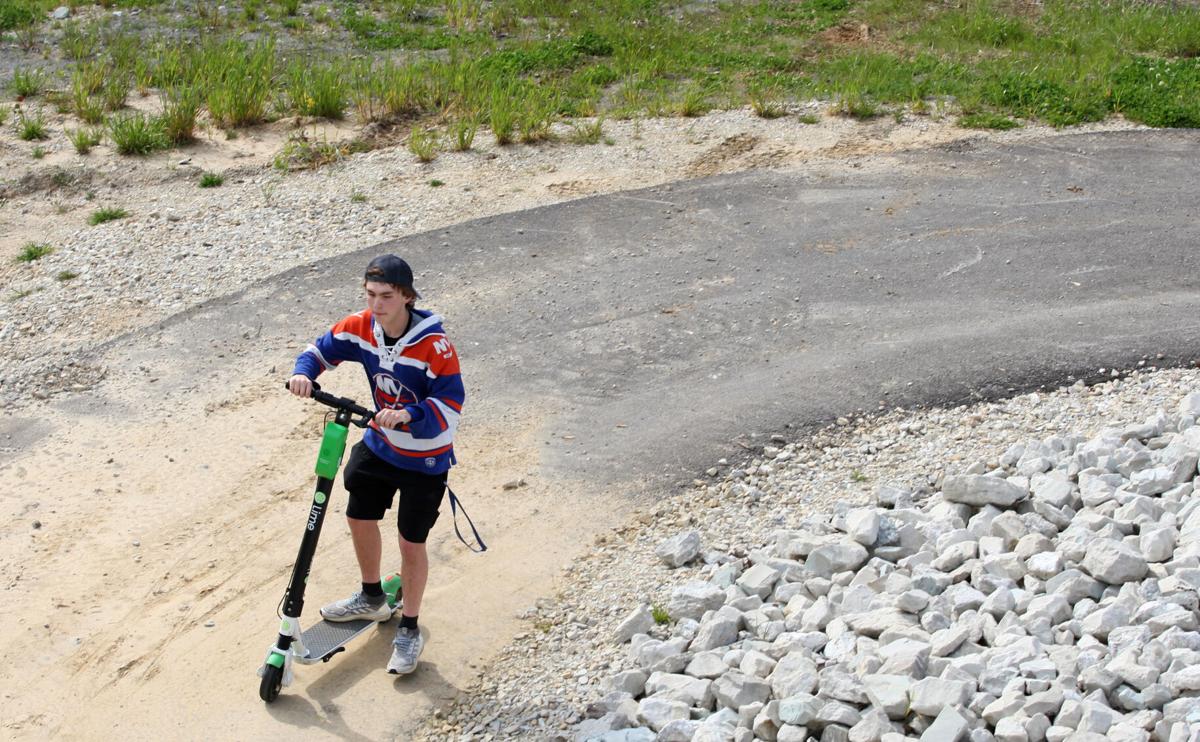 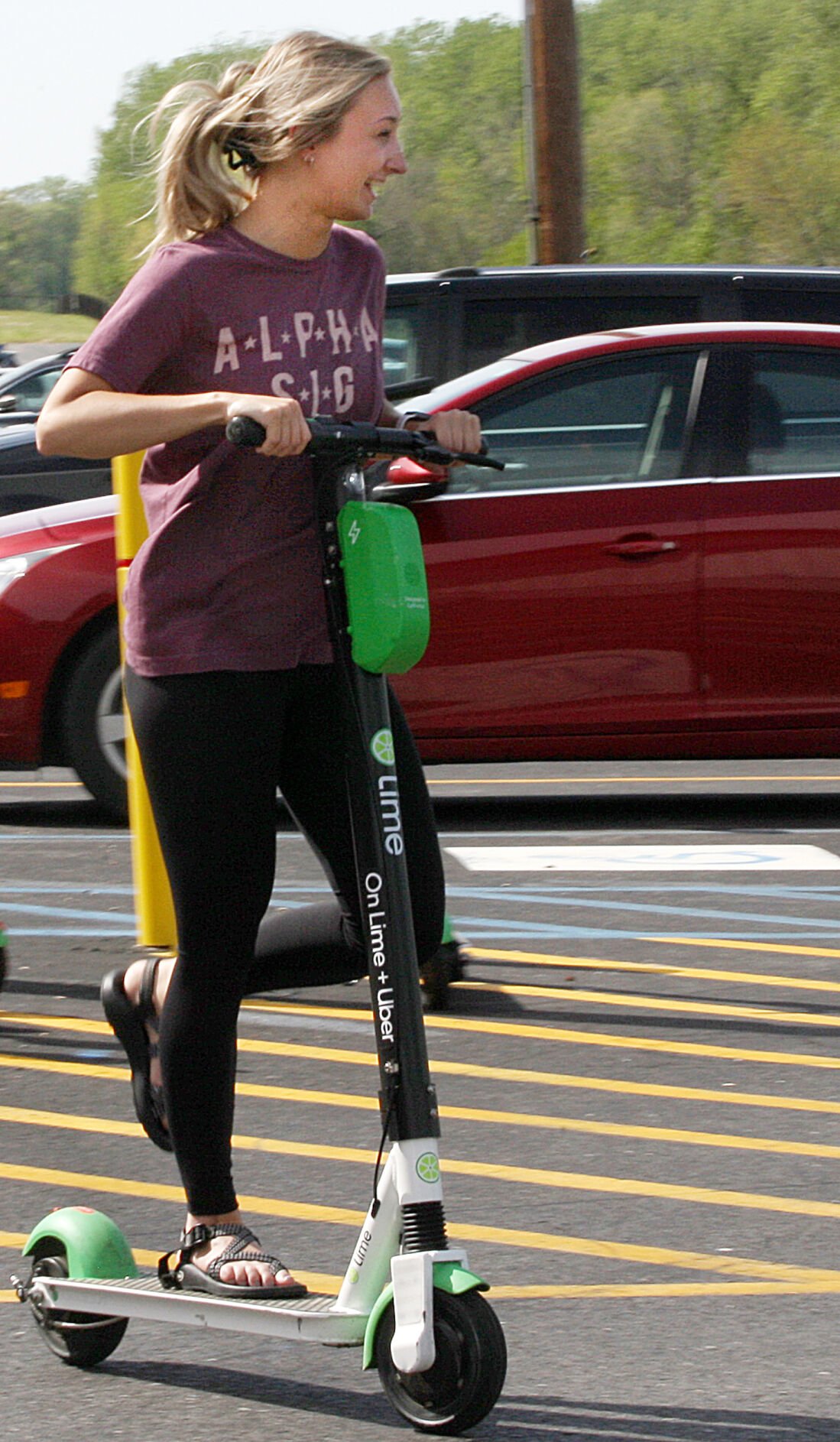 Stephanie Boley scoots out of a parking lot along Front Street April 26 after hopping on a Lime scooter. Boley was riding scooters with her friend Taylor Hall. 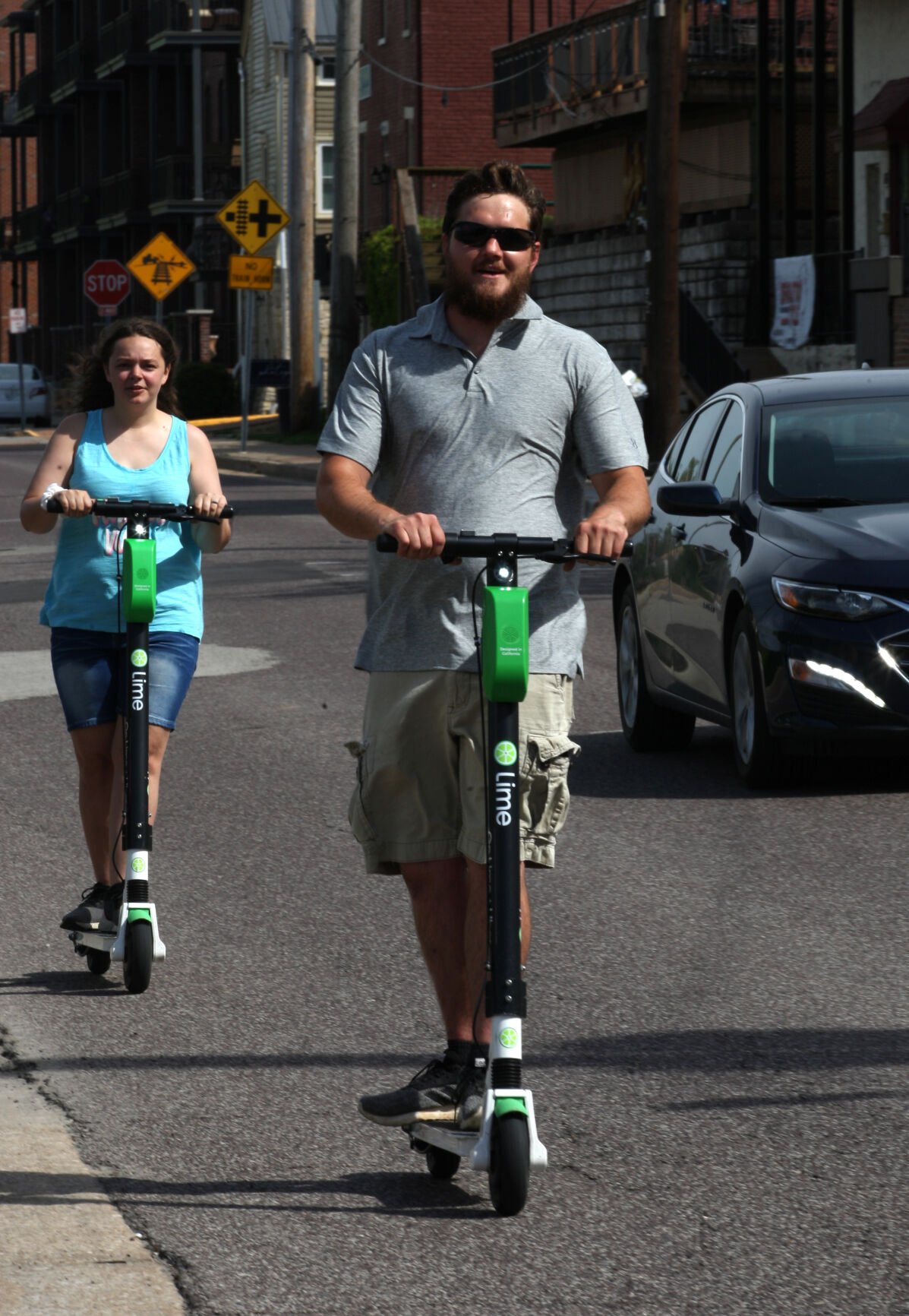 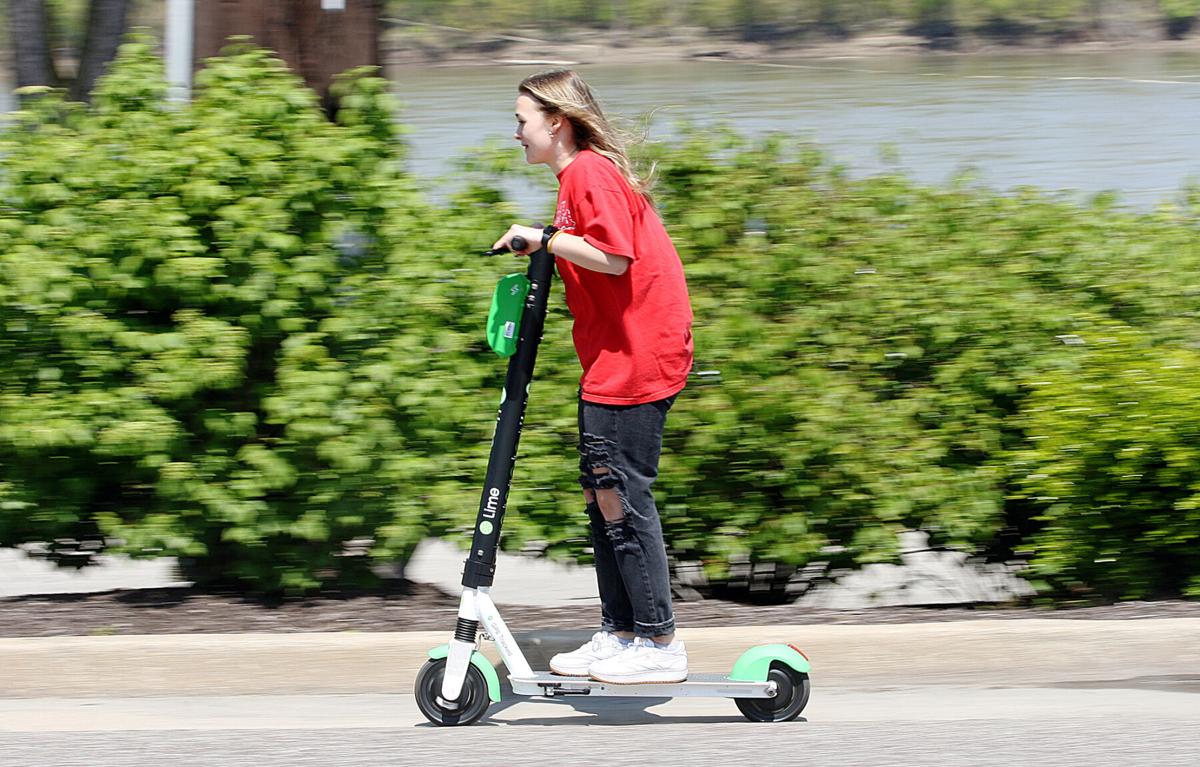 A girl rides a Lime scooter westbound on Front Street April 25 in downtown Washington. Since the debut of the scooters in Washington, some 1,600 riders have logged more than 3,000 trips totaling more than 5,000 miles.

Stephanie Boley scoots out of a parking lot along Front Street April 26 after hopping on a Lime scooter. Boley was riding scooters with her friend Taylor Hall.

A girl rides a Lime scooter westbound on Front Street April 25 in downtown Washington. Since the debut of the scooters in Washington, some 1,600 riders have logged more than 3,000 trips totaling more than 5,000 miles.

Just two weeks into the city’s six-month trial period with Lime Scooters, Washington Traffic Commission members said Friday they plan to continue the program, which has recorded nearly 5,000 miles during 3,000 trips with 1,600 riders.

The decision comes despite a few complaints that have resulted in some changes to the rollout.

“Our committee still feels comfortable (with Lime). Our recommendation is that the trial period not be canceled,” said Washington Police Sgt. Mike Grissom, who is a member of the Traffic Commission.

His statement came after a report by the police department that it has fielded 10 complaints from area residents about the electric scooters since the program was launched and two calls about injuries involving the scooters. The city council designated the police department as the point of contact for individuals with complaints about the e-scooters.

Other than these complaints, Forms said, from her perspective, the scooter rollout has gone well.

“I’ve never seen anything like this before,” Forms said. “It is like they get off of one scooter and immediately hop onto another one. They are being ridden so much that the batteries are dying, and so the juicers are having to come and switch them out a lot more.”

Due to the demand, Forms said often times there are only 30 of the 60 promised scooters operational in Washington. The remaining 30 scooters are being charged by juicers or people employed by the company to retrieve the scooters and charge them.

Forms is responsible for overseeing Lime’s operations in Oklahoma, Arkansas, Kansas and Missouri.

The traffic commission agreed to implement six restrictions aimed at resolving the complaints:

• Scooters will only be rented to individuals with a photo identification.

• Scooters can only be used by people at least 16 years of age with a valid driver’s license.

• Scooters can only be used within a defined area, which spans most of the city’s north side, including downtown, Main Park, the Town & Country Fairgrounds, St. Francis Borgia Regional High School, Washington High School and the bridge on the shared use path. The scooters wouldn’t be allowed to operate south of Highway 100.

• Scooters can’t be parked along the city’s Rotary Riverfront Trail but can be used on the trail and the yet-to-be-developed Busch Creek Greenway.

• Scooters would not be allowed to operate on Fifth Street but could cross over the street’s intersection.

A report on the changes will be made to the Washington City Council at their May 17 meeting.

Forms said the changes could be implemented within a couple of days of the Traffic Commission’s meeting, which Maniaci said was an acceptable response.

“We are pleased by the usage, though we have received some complaints and some concerns, so we want to make these changes so that the scooters remain a safe and viable option to explore Washington,” Maniaci said.

“I think what I am most pleased with is Lime’s ability to hear our concerns and make changes within a day or two’s notice.”

Forms said she doesn’t anticipate a decline in ridership with the new restrictions, especially the operating zone change since the majority of the rides already occur within the defined region. She said the company will also be adding additional labels to the scooters to remind users to not drive them on sidewalks.

“It has taken off so well here,” Forms said. “It is so important during the trial period that we are able to have these meetings to make whatever tweaks we need to make.”

Lime scooters are here to stay in Washington — at least for now.

Since their launch in late April, users of Lime Scooters in Washington have driven more than…