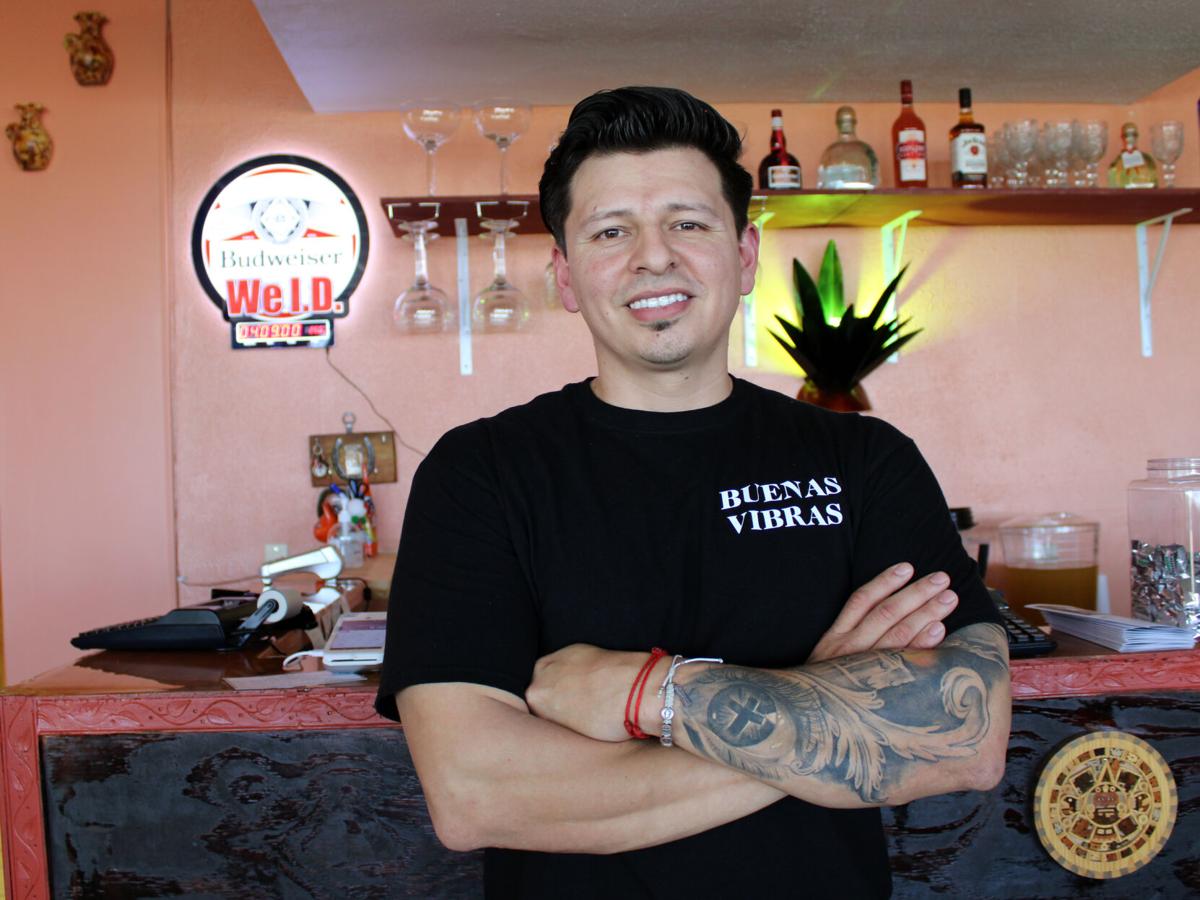 Buenas Vibras owner Antonio Hernandez stands in his new Tex-Mex restaurant, which opened Feb. 3. He operates the sit-down eatery with his family. 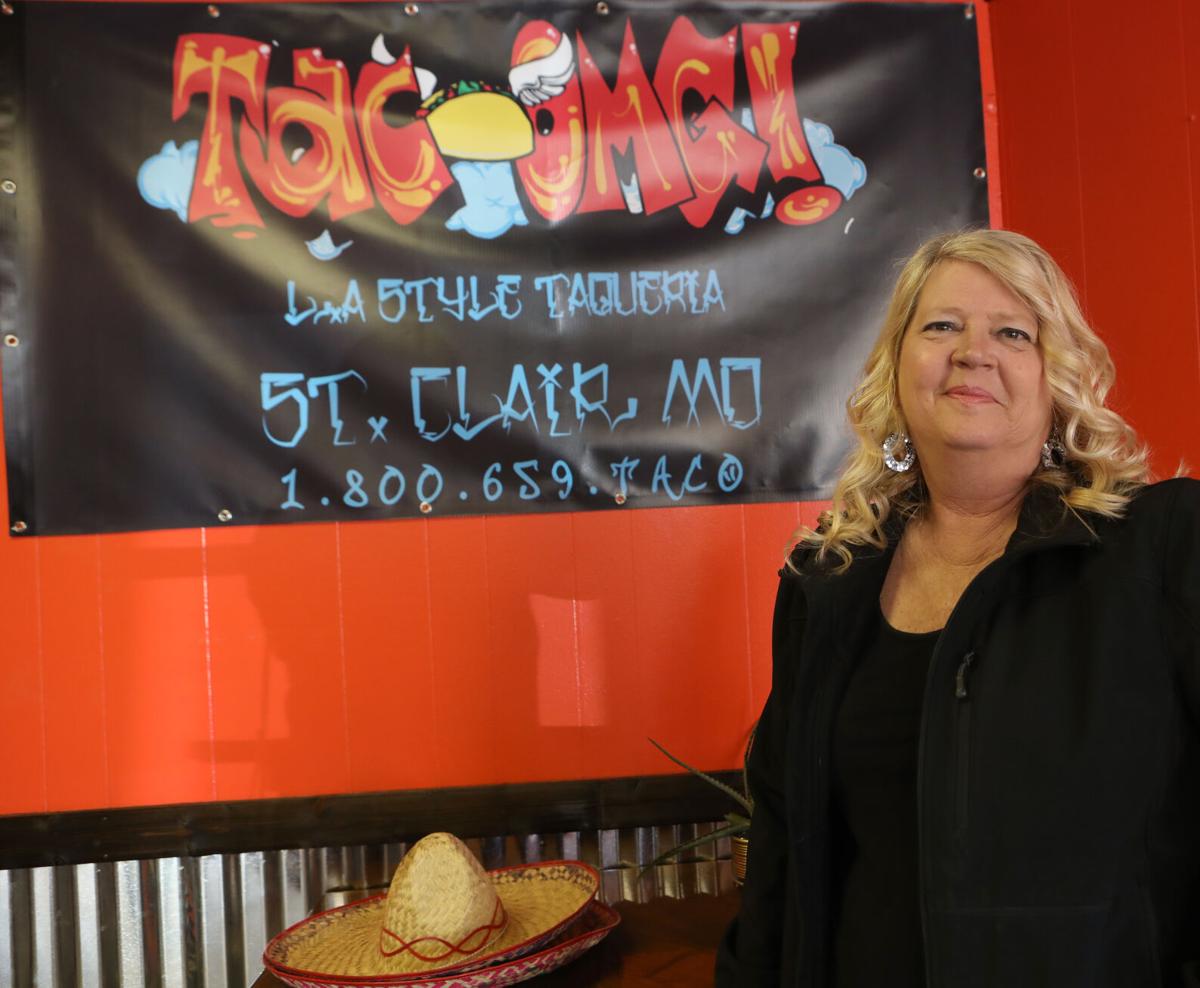 Christine Consolinio stands inside TacOMG! April 15 in St. Clair. Consolinio and her business partner are expecting the eatery to open at the end of the month.

Buenas Vibras owner Antonio Hernandez stands in his new Tex-Mex restaurant, which opened Feb. 3. He operates the sit-down eatery with his family.

Christine Consolinio stands inside TacOMG! April 15 in St. Clair. Consolinio and her business partner are expecting the eatery to open at the end of the month.

At both of St. Clair’s new Mexican restaurants, orange paint covers the walls, tacos are menu staples, and the deals are abundant. This aside, each eatery brings its own flair to the cuisine.

The menu at the 2,400-square-foot dine-in restaurant includes fajitas, tacos, burritos, rice dishes and traditional foods such as esquite, or corn typically sold streetside. The dishes, particularly the traditional offerings, will rotate depending on customer interest.

Their restaurant will have a walk-up counter to order drinks and food, which will include vegan, vegetarian and gluten-free options.

Buenas Vibras is family-run and family-focused, said Hernandez, 34. One of the four employees is his mom, Luly Alvarez, and his step-dad and cousin help out when they can.

“In the Mexican culture, we’re really close as far as family,” Hernandez said. “That’s a big thing, the number one thing. So, if there’s any way we can help, we always help each other out.”

As a parent of children with drug addictions, Consolino wants to provide second chances to people struggling with addiction, she said. She has hired Jason Crisel, who is residing in Mercy Ministries Church, to do construction. She is looking to hire at least six staff members, but she will distribute regular drug tests.

She owns four other St. Clair and St. Louis-area businesses, ranging from Barking Bulldog Boutique to independent bounty hunter work. She started up TacOMG! with the intention of franchising it.

“I wanted something that I could grow with, so I knew I had to probably go into the food industry to franchise and grow at a faster rate,” she said.

Buenas Vibras sells special tacos at prices ranging from 99 cents to $1.99 every Tuesday. Hernandez said his favorite option on the menu, the street tacos, is included. On Wednesdays, kids eat free.

TacOMG! is located next to the railroad tracks, and Consolino said customers will get to celebrate whenever a train passes.

“The day the red lights start flashing and the dingers go off, and anytime a train comes by, they’re going to get a free shot,”she said.

In addition to the 1,600 square feet of indoors-plus-patio seating, TacOMG! will have a “secret window” with access to the street. This will open after dine-in hours, or from 1:30 to 2:30 a.m. on weekends, to serve clientele leaving the bars.

Both restaurants had slower starts than expected. Hernandez had expected to open Buenas Vibras a year ago; Consolino planned TacOMG! for January 2021.

COVID-19 complicated the process of getting supplies and materials, but other problems arrived, too, the owners said. Consolino was spread thin among her other companies. One day after Buenas Vibras’ already postponed opening, the oven hood broke, and smoke filled the kitchen.

“This was after I had everything prepped on the line and everything ready to go,” he said.

Both owners invested thousands into their businesses. Hernandez said he spent about $50,000, supported by funds he had saved from his years of area kitchen work. Consolino spent about $30,000, with loans from Farmers and Merchants Bank.

“This was kind of a crazy thing for me to do during a pandemic,” Consolino said. “But I figured it was the best time.”

TacOMG! will be open Mondays through Saturdays. People can call the restaurant at 800-659-TACO.