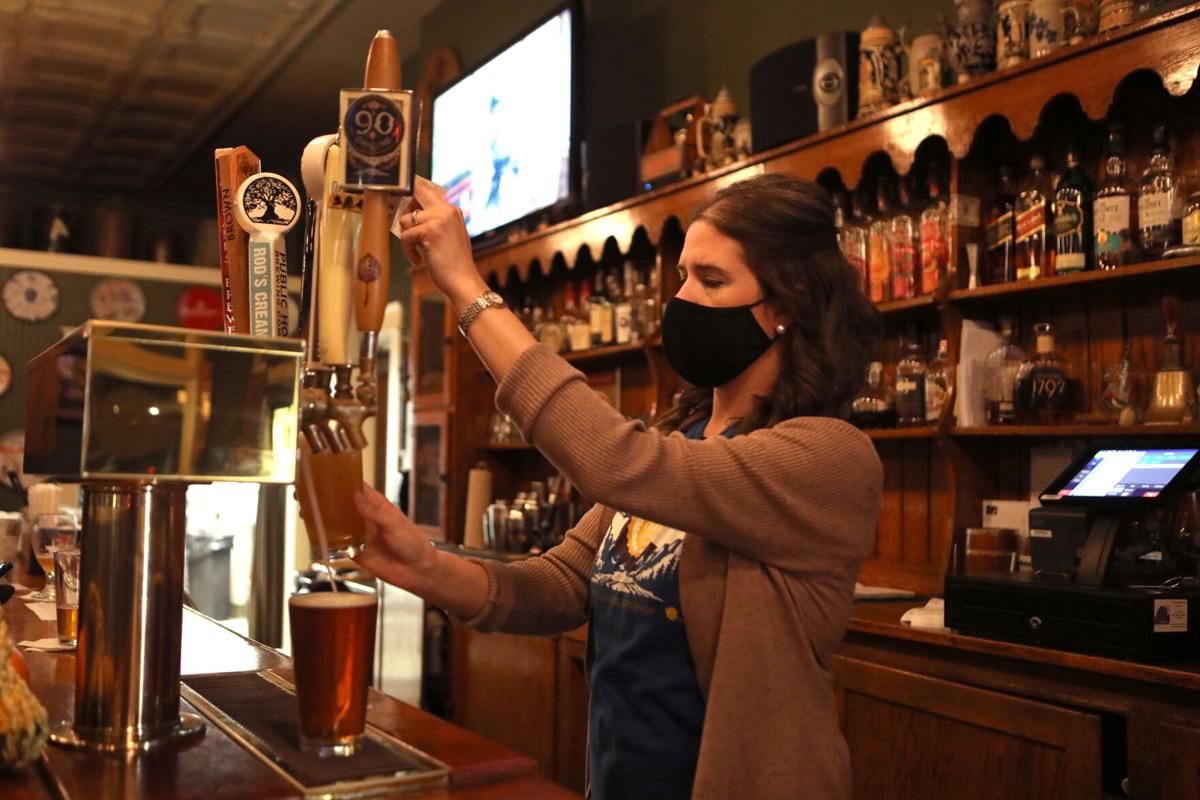 Nicole Fain, co-owner and manager of the Old Dutch Tavern, pours a drink Monday, Nov. 23. The restaurant has enforced a masked mandate for months. 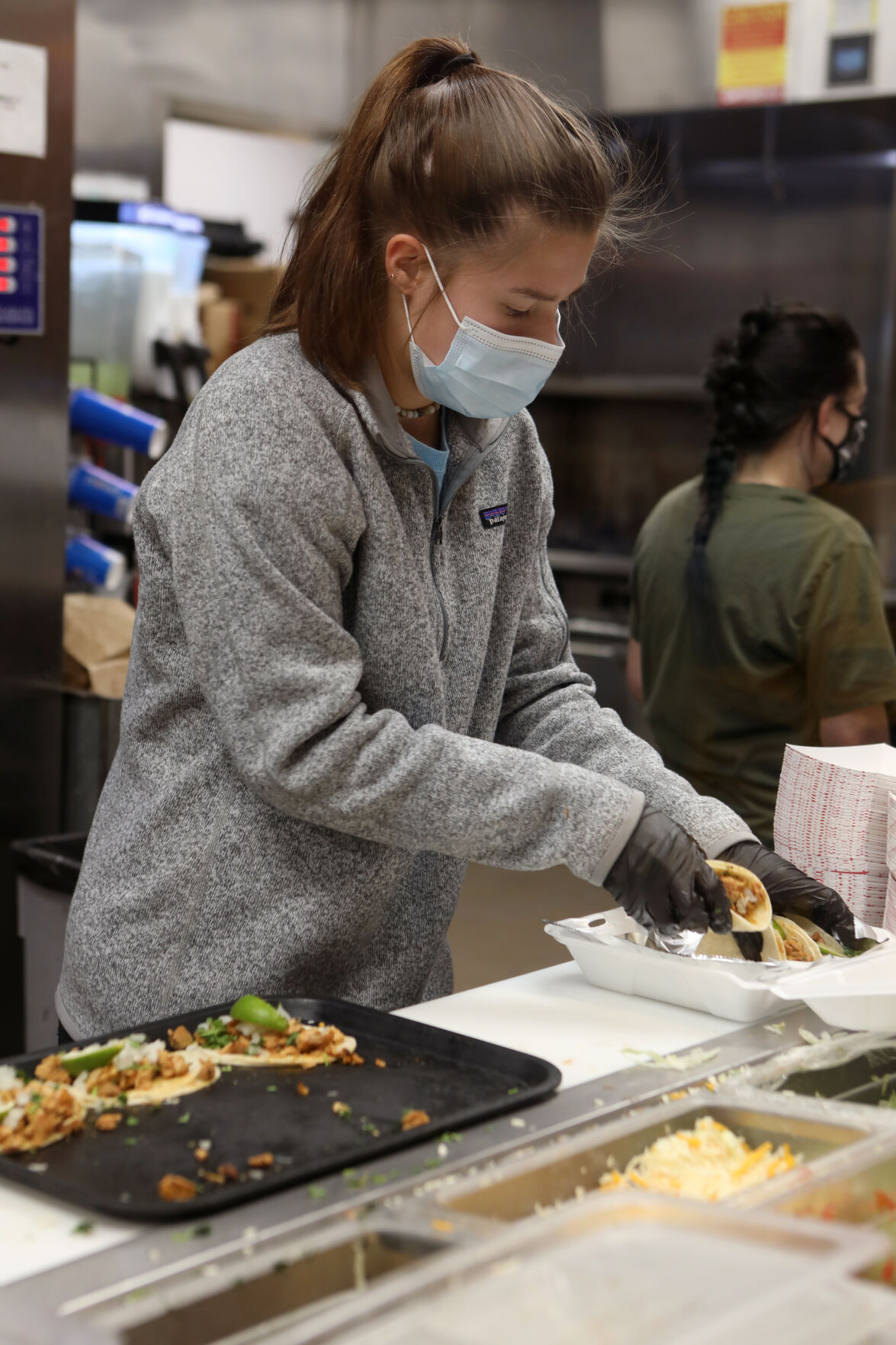 Nicole Fain, co-owner and manager of the Old Dutch Tavern, pours a drink Monday, Nov. 23. The restaurant has enforced a masked mandate for months.

Suggestions to mask up became a requirement in Franklin County Friday.

Some area restaurants have reported a dip in sales through the first weekend of the new mandate, which will be in effect until Dec. 20 by order of the Franklin County Commission. The county’s order requires restaurant patrons to wear a mask even in the dining area except when eating or drinking.

In Washington, multiple restaurants have reported taking a hit of 20 percent to 40 percent or more out of their usual business.

“We were down quite a bit,” Rick Marquart, owner of Marquart’s Landing and multiple other restaurants, said. “At the Landing, we were down probably 40 percent. It is an initial hit — that’s for sure. Cowan’s was a really big hit, between 40-50 percent. We took a pretty substantial hit this weekend. It was very noticeable at Cowan’s.”

Miller’s Grill in Washington also was affected, reporting a 20 percent drop in sales over the weekend.

Marquart reported sales had been trending down the previous two weeks before the county chose to issue its order, making it difficult to determine how much of the downturn might be due to the mandate or just the increased number of cases in general.

The county order was announced Thursday and went into effect Friday at 12:01 a.m. A total of 109 new cases of COVID-19 were reported Friday.

Other restaurants, such as Que Pasa! in Union and the Old Dutch Hotel & Tavern in Washington reported not seeing much of a change since the county order was issued.

Ben Wunderlich, owner of the Old Dutch, said the tavern has not had to change its mask policy after the county order because it already was taking the necessary precautions.

“We’ve been doing masks here since Day 1,” he said.

Seating at the tavern is currently by reservation only.

Wunderlich said the cost of taking the recommended precautions, which has included reducing the restaurant’s capacity to allow for social distancing, since the spring has been high.

“I’m glad (the order) finally came,” Wunderlich said. “To be the only one, I’ve lost a lot of money on this thing being the only ones doing what we should be doing. A lot of places haven’t, and I think that’s one of the reasons numbers here have been so high. Not to name names, but you look at what’s going on down the street here on a Friday or Saturday night and it’s just been ridiculous — like nothing is going on.”

Both Miller’s Grill and the Old Dutch reported no negative feedback from customers during the weekend about being required to wear a mask.

“Nobody has given us a problem about it,” Wunderlich said. “I was pleased that everybody who came in this weekend was participating and wearing a mask.”

In addition to the Landing, Marquart holds part ownership in Cowan’s, 1869 Draft Room and Front Street Tacos. The order brings about a change for some of those restaurants.

“We were always full masks at Cowan’s and really weren’t at the other businesses,” he said. “We are telling our employees to take extra precautions and to be diligent about washing their hands.”

While talks of federal distribution of a COVID-19 vaccine have ramped up, a timetable for things to return to normal remains unknown.

“Fortunately, I’ve been in business for 18 years at the Landing, and it’s sort of been my cash cow,” Marquart said. “I’ve paid down enough to be able to make it through the winter. I couldn’t imagine what it’s like for some of the new places.”

*This story has been updated to include comments from Washington Mayor Sandy Lucy, Franklin County Presiding Commissioner Tim Brinker and info…