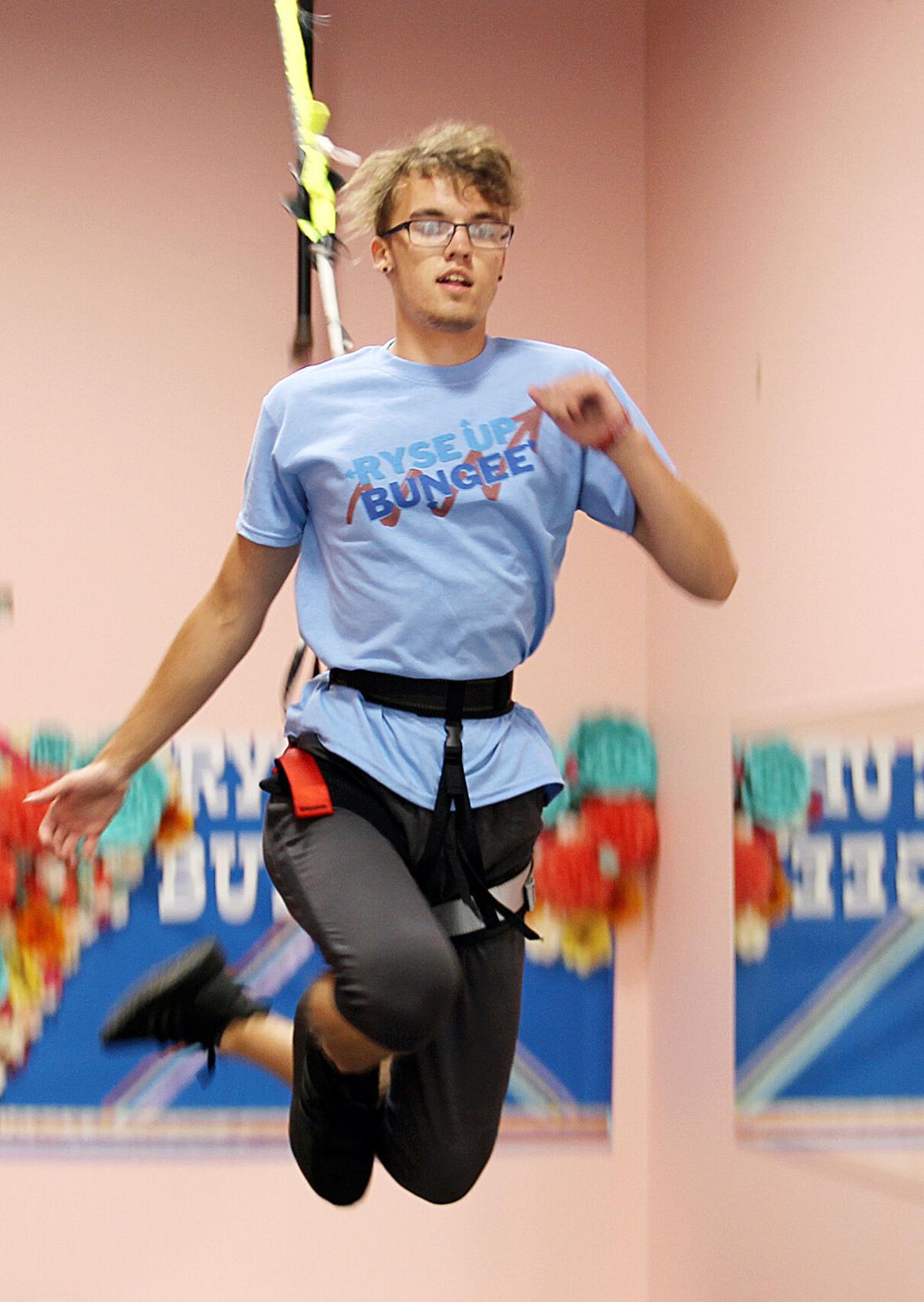 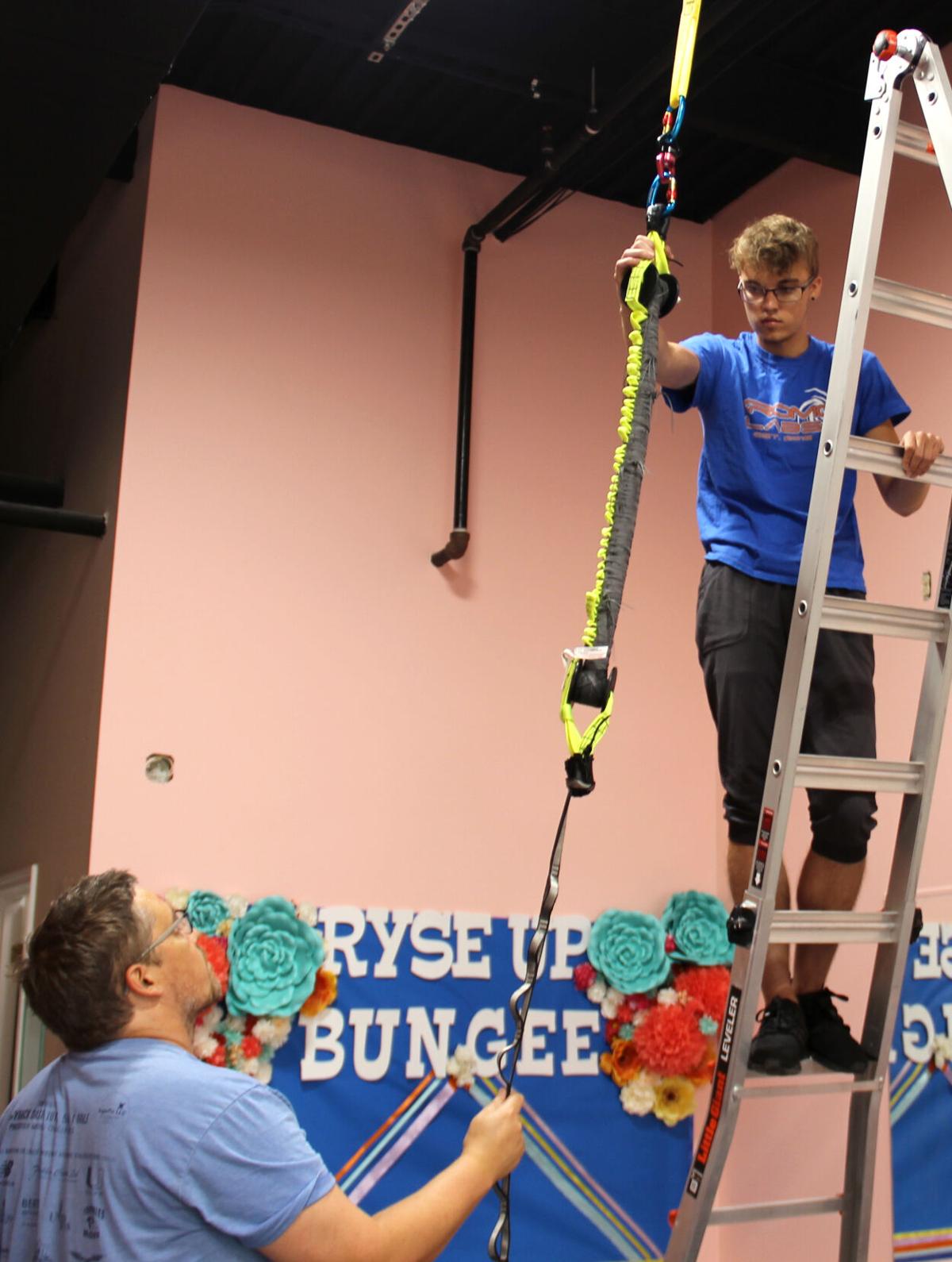 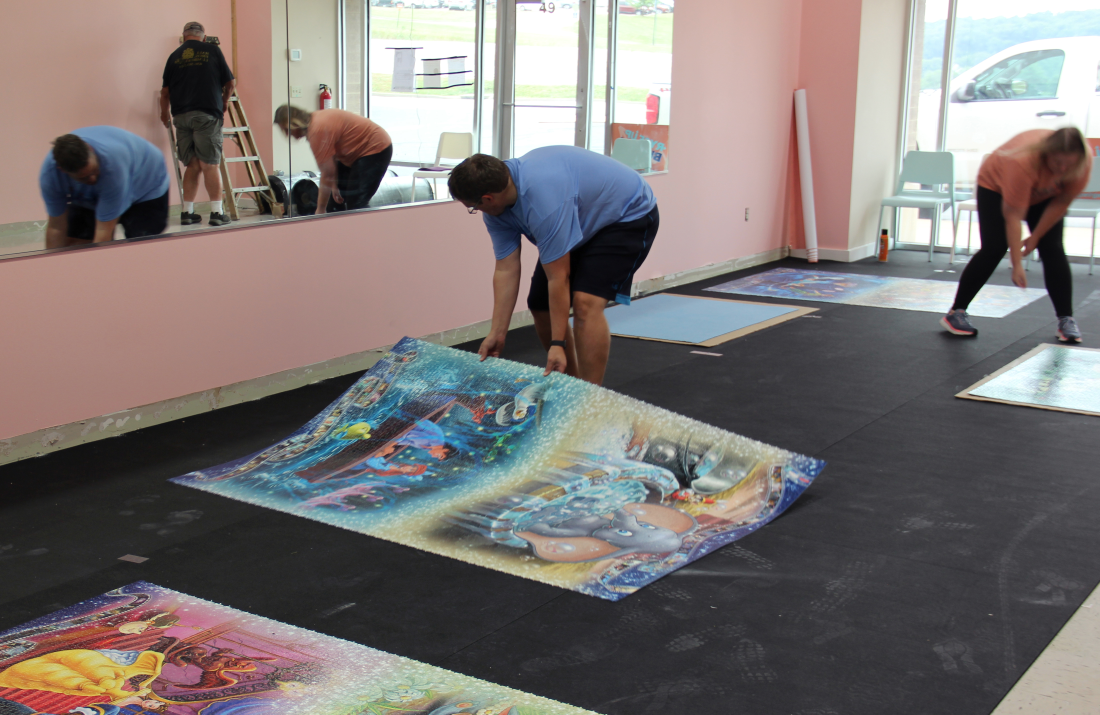 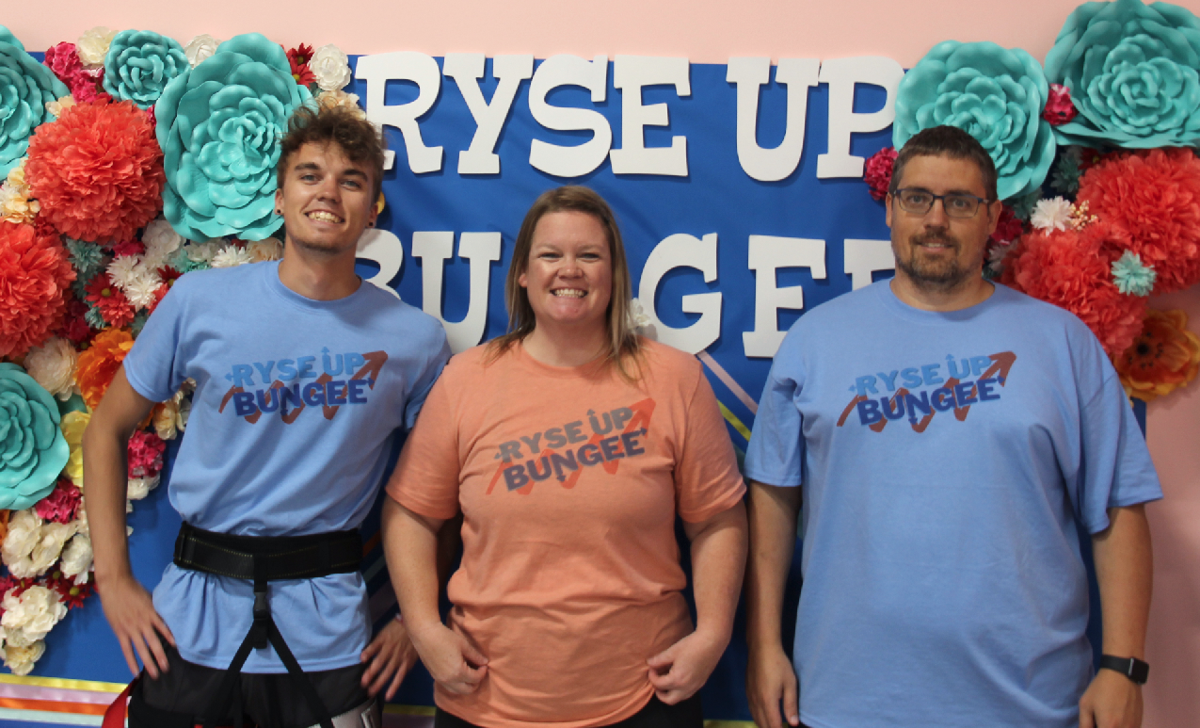 A new fitness studio in Union is using bungee cords to help people bounce their way to fitness. At Ryse Up Bungee Studio, 49 Silo Drive, fitness buffs will put on a harness and strap themselves to bungee cords so they can lunge forward to leap in the air and do moves like “the swim,” “around the world” and “the fly” while they are airborne.

Mandy Corum, a former recreation coordinator with the Union Parks and Recreation Department, is opening the studio in July with her husband, Brad Corum. Mandy and the Corums’ son, Isaac, will be instructors, and Brad is overseeing finances.

The workouts help the body’s core and provide a cardio workout, Mandy Corum said, adding, “That’s a big thing to me after having four kids.”

She said she first learned about bungee workouts from a TikTok video. “I saw the video and said, ‘I could do that.’ ” She started researching bungee workouts and learned that the exercise classes started in Thailand and came to the U.S. in 2017. She said there is only one facility opened in the state in St. Louis.

Mandy and Isaac Corum went to Alabama in May to learn from Kristin Bernard, who created Gravity Defying Bungee Training. They got their certification to teach bungee fitness after two days, learning for six to seven hours a day.

Ryse Up, which will have an open house July 10 and begin offering classes July 19, will feature 10 bungee stations, one for the instructor and nine for participants. The studio will offer an introductory class for all members, who then can go to one of three skill levels or join a class for people 55 and older.

Mandy Corum said money to turn a 1,400-square-foot space in the Silo Plaza Shopping Center, directly across Highway 50 from East Central College, into the bungee studio came from their savings and a home equity loan from United Bank of Union.

“We’re probably going to be looking at $50,000 to put everything together,” Brad Corum said.

Upkeep on the equipment also is not cheap. Each bungee, costing $150, must be replaced after 100 “climbs” on it.

Mandy Corum said the low-impact workouts are a lot of fun. “First off, you’re not going to be able to control your laughter and smiling,” she said. “When you’re in the bungee, you do not realize you have been working out at all.” But she said you feel it in your muscles after you go home.

The bungee classes cost $12 to $16 per person. For more information, visit ryseupbungee.com.

Visitors to the studio will also notice a 6-by-22-foot jigsaw puzzle, made up of 40,320 pieces, on the wall. It is actually 10 different Disney scenes put together.