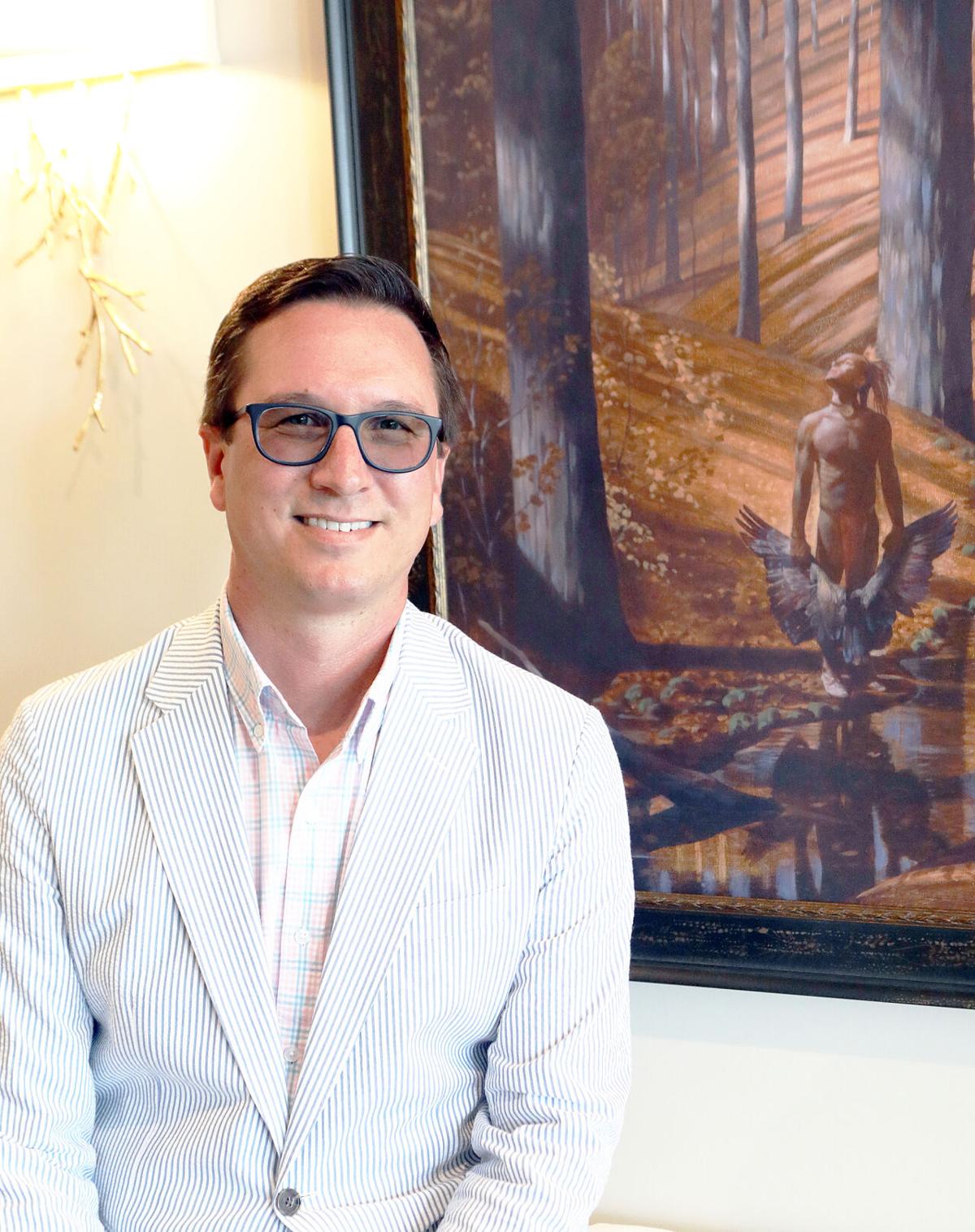 Schuyler Clark, general manager of The Inns at St. Albans, sits in the lobby of The Lodge, which opened Memorial Day weekend, June 10. 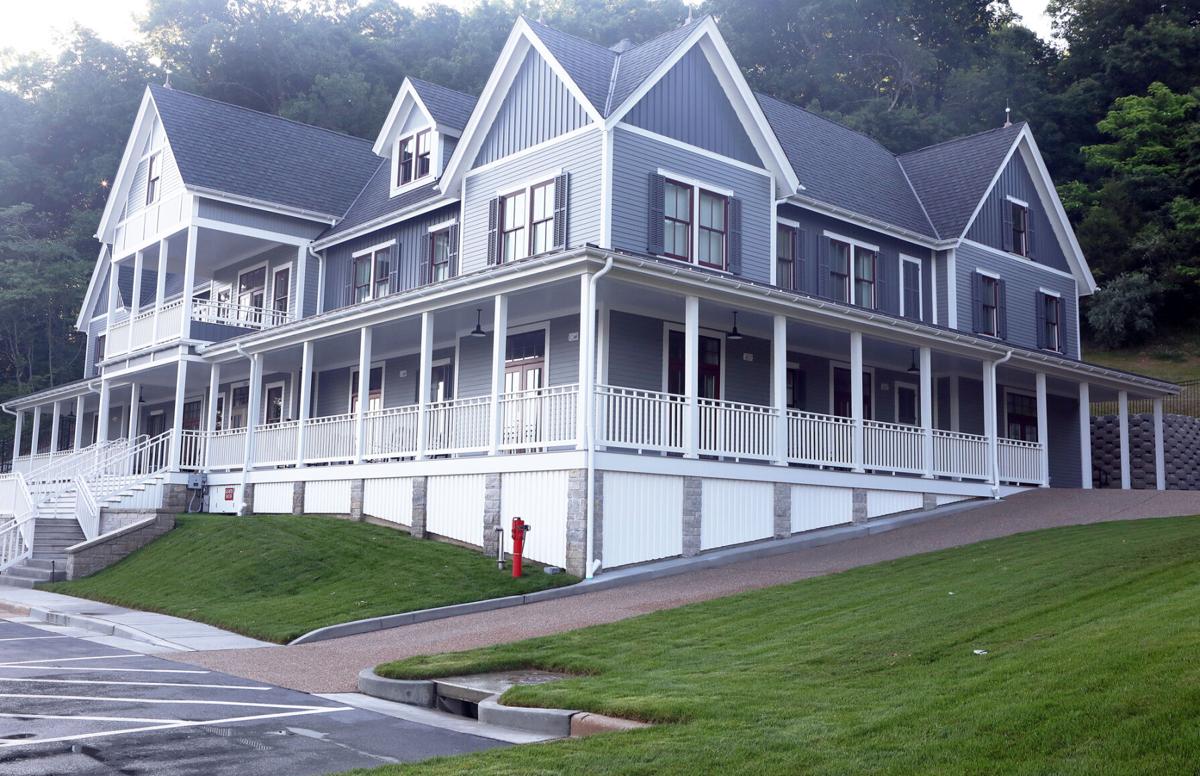 The newly constructed $4.4 million lodge, photographed June 10, opened at The Inns at St. Albans May 29.

Schuyler Clark, general manager of The Inns at St. Albans, sits in the lobby of The Lodge, which opened Memorial Day weekend, June 10.

The newly constructed $4.4 million lodge, photographed June 10, opened at The Inns at St. Albans May 29.

The new $4.4 million Lodge opened May 29 at The Inns at St. Albans, the first of several additions to the luxury hospitality destination slated for this year.

Owners David and Datra Herzog plan to unveil a newly renovated Link’s Cottage in September. The three-bedroom home, located at the corner of St. Albans Road and Mable Lane, is connected to another building that will be used for multiday cooking courses to open in August as The International Choux Co., General Manager Schuyler Clark said. The owners have invested $700,000 into this project.

“It’s sort of St. Louis’ best-kept secret,” spokesperson and president of Workman Communications Group Craig Workman said of the property. “We just want the facility to be better known among not only St. Louisans but also people in the region.”

The new buildings are being added to the approximate 9 acres of The Inns’ property, which also includes two wedding event spaces that can host 180-220 guests each, two inns, a restaurant, a cafe-style eatery, a vineyard, patios, gardens and cottage and home accommodations.

The Lodge almost doubles overnight guest capacity, Workman said. It has 12 one- to two-bedroom suites that sleep up to 32 people and a meeting room that can hold 25 people. It overlooks the lake and is decorated with paintings by Washington artist Bryan Haynes. The Lodge stands in the former Chesterfield Day School site, which had been closed for years and since was replaced with the new construction, Workman said.

Link’s Cottage, located about 300 feet away, is in a renovated 1930s bunkhouse. The International Choux Co. is in the renovated 634-square-foot Pomp’s Chapel.

Visiting chefs will host the cooking classes, the first of which will be held Aug. 27 and include a two-hour cooking class, a foraging excursion, a presentation by the chef, a wine and cocktail reception and a chef-prepared, multicourse meal, Clark said.“It’s very intimate.”

Workman said The Inns at St. Albans is expanding “to meet the pent-up demand.” The company is hoping for more staycationers, corporate clients and families. Interest in weddings — a major reason for guests to visit the property — already has increased.

Clark said couples have booked 34 weddings for 2021, a 30 percent increase from 2019, which was then the busiest year on record with about 26 weddings. He said COVID-19 hurt the recent wedding season but declined to give details.

On a typical Saturday now, he said, The Inns property has an average of 350 visitors. The opening weekend of The Lodge nearly sold out despite the rain.

“With all the development, we believe that we’re creating an immersive experience for people to come and see the property, see the village and really get away,” he said.

The goal is to continue the legacy of the wealthy St. Louis families who visited the area around the 1930s. They considered it a “utopia,” Clark said.

The Herzogs own The Lodge, and they are leasing Link’s Cottage from the long-term landowning company, St. Albans Properties. They have hired general contractor St. Albans Construction Co. and Blaes Architects for the design work, both based in St. Louis. Clark said the Herzogs funded the expansion with private investments.

This is the first year The Inns at St. Albans is operating under one corporate entity, Clark said. Previously, the Herzogs privately owned the lodgings without the umbrella term.

Stays in The Lodge cost $175 to $350 per night, Clark said. Link’s Cottage will cost $900 per night. The weekendlong culinary classes start at $1,000 for a single visitor, and they include a two-night stay, according to the website. Each additional attendee must pay $450.