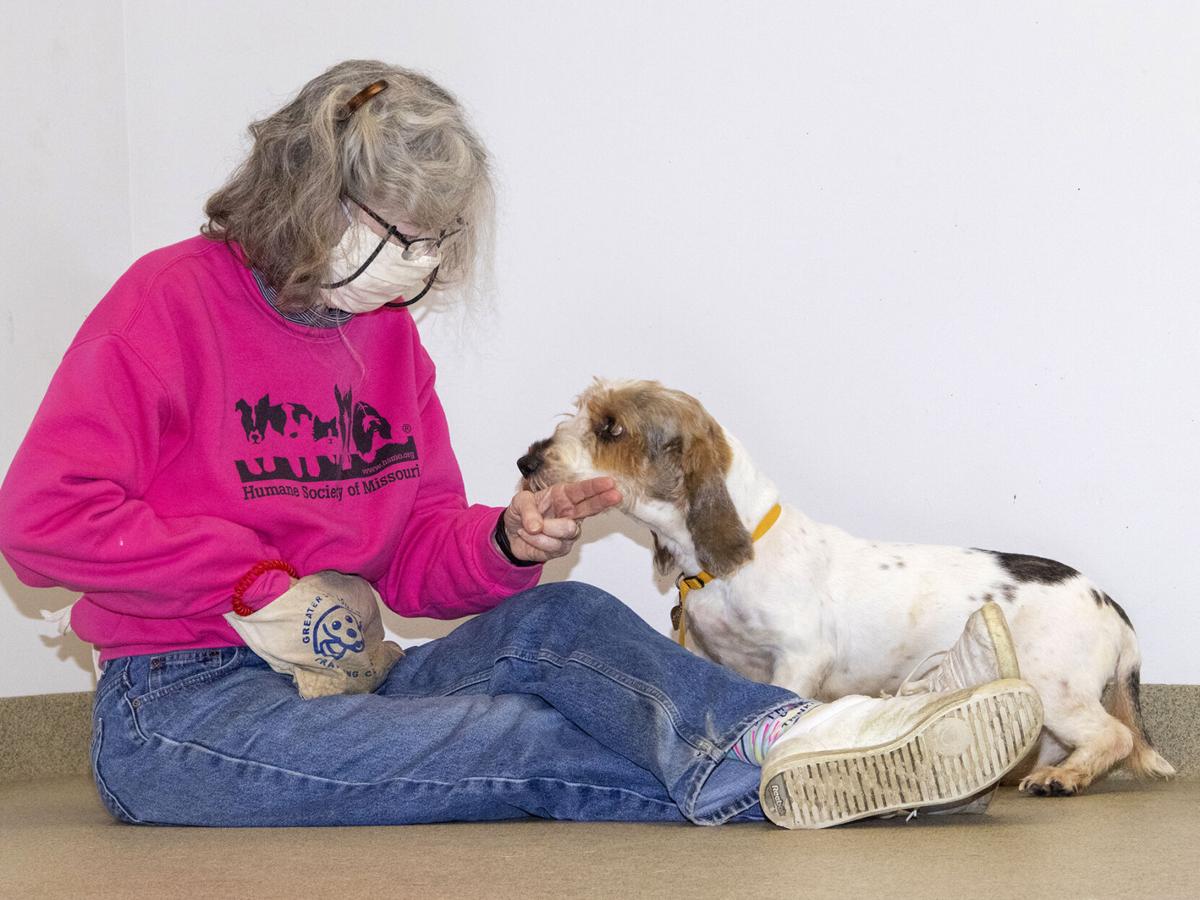 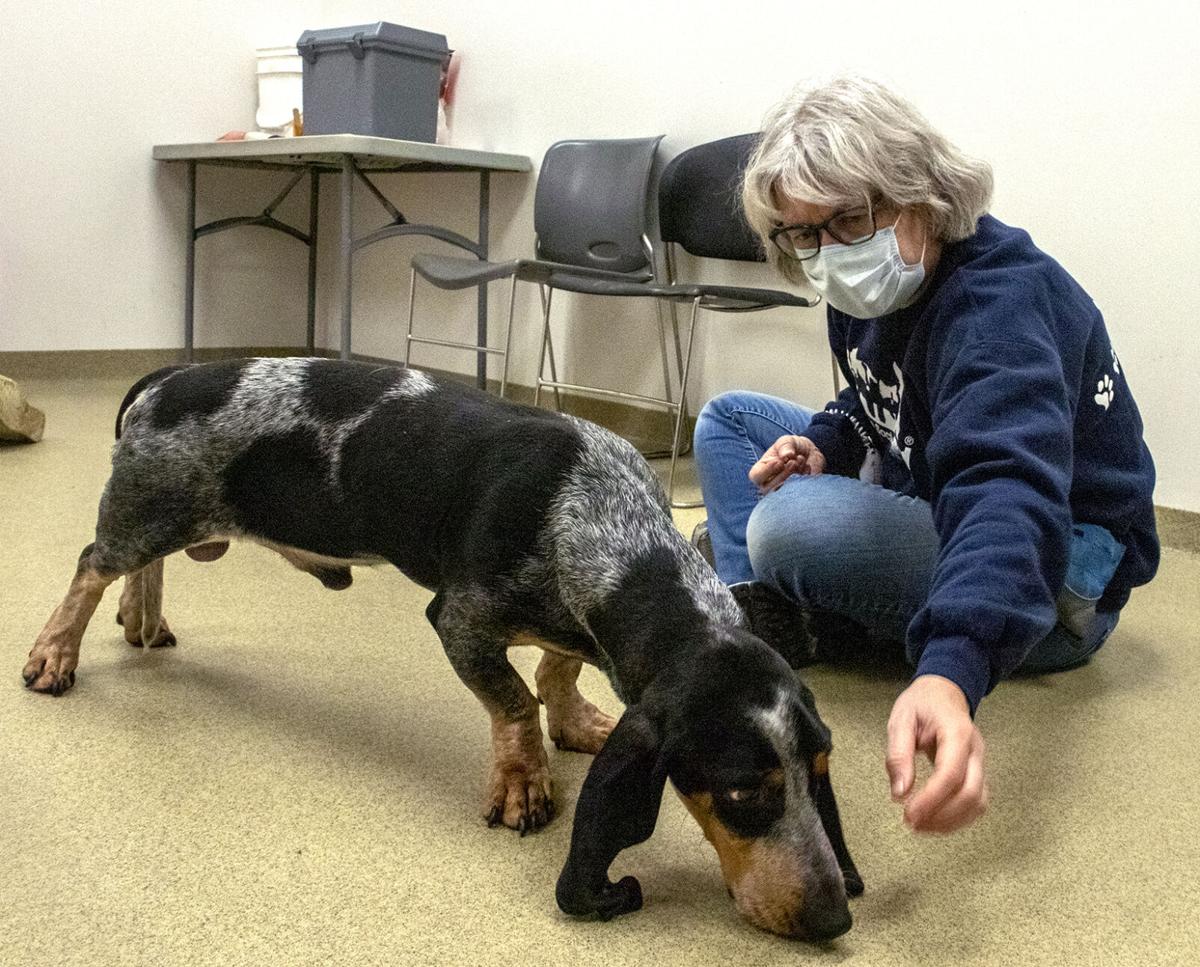 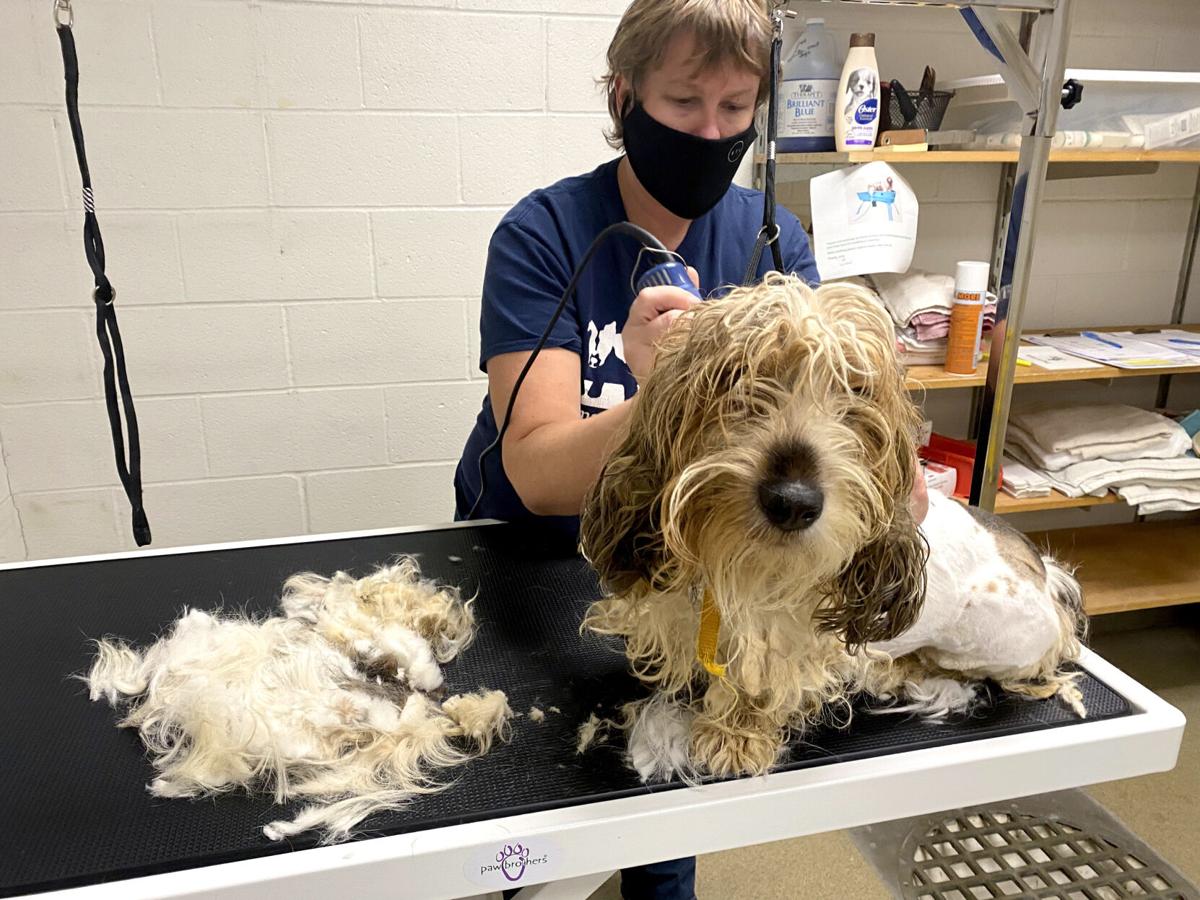 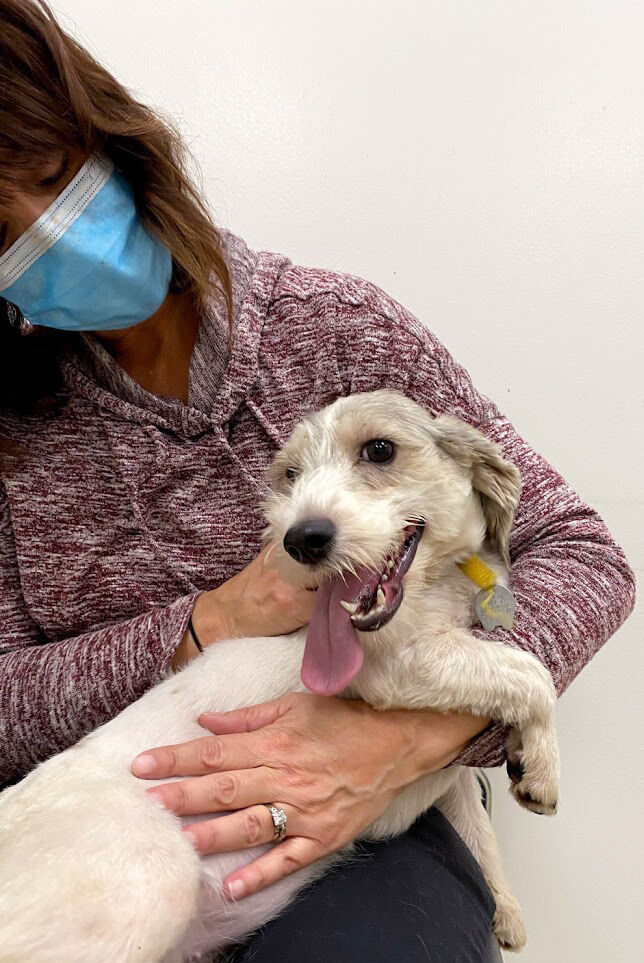 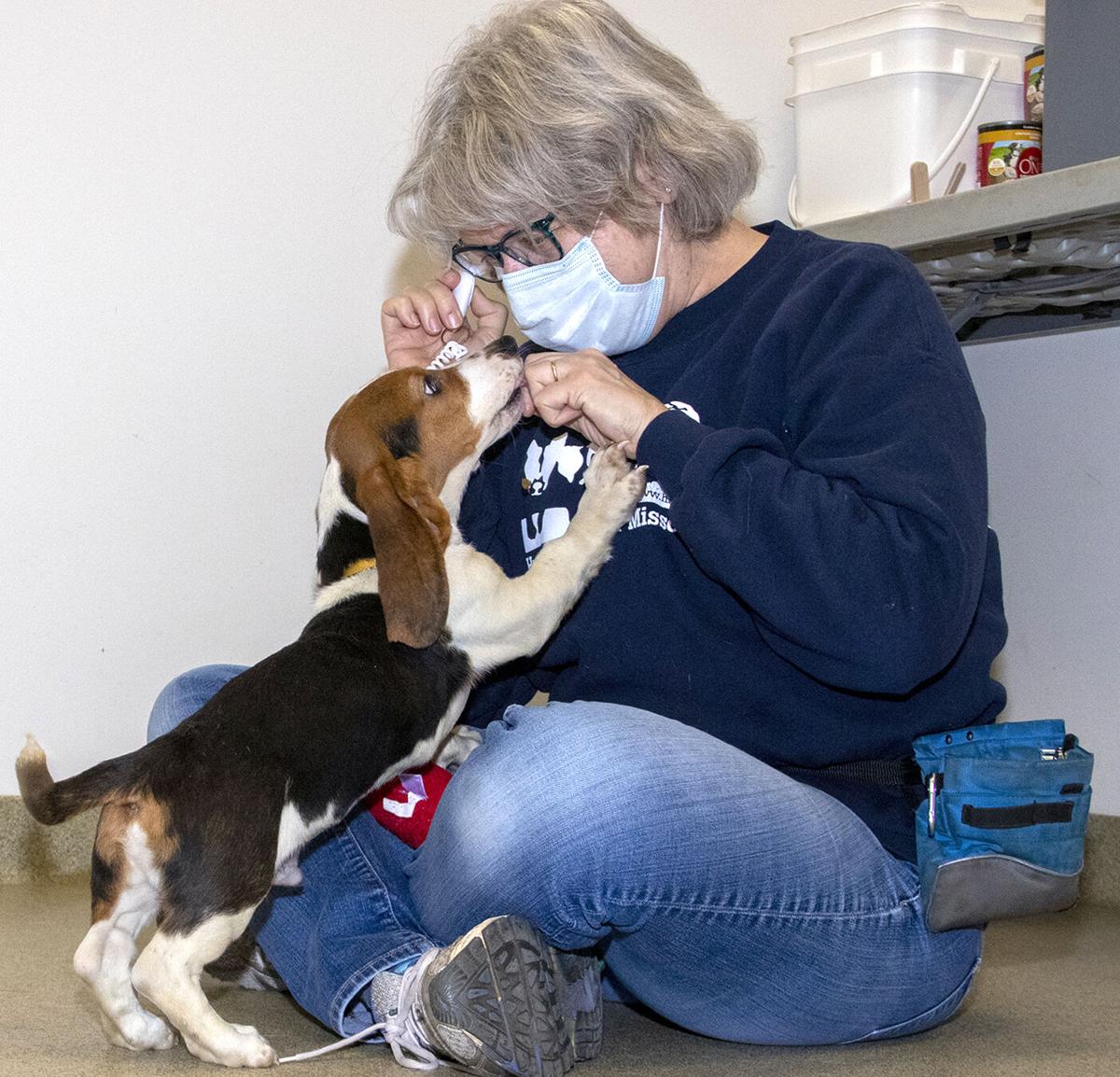 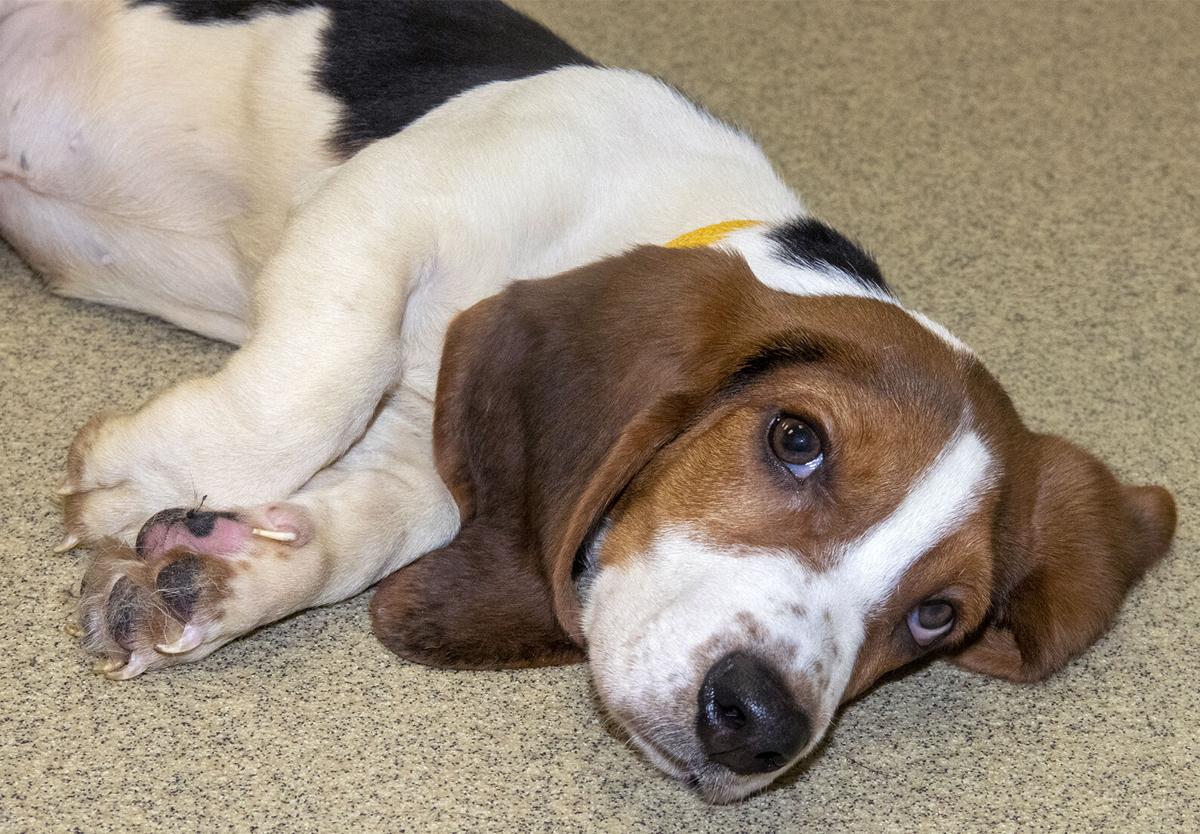 The first of the 55 basset hounds rescued from a suspected “substandard” Franklin County dog breeder will soon be available for adoption, according to officials with the Humane Society of Missouri.

The humane society, which was recently awarded custody of the dogs by a Franklin County judge, has been caring for the animals in St. Louis since their rescue in October.

Debbie Hill, vice president of operations for the Humane Society of Missouri, said the majority of the dogs are female. The youngest of the dogs are about 13 weeks old, and the oldest dogs are between 8 and 11 years of age.

The dogs represent a variety of basset hound breeds, including the typical short-haired, floppy-eared variety commonly associated with the breed.

“We also have several of the less-seldom seen versions of the breed, including petit basset griffon Vendéen (the breed’s area of origin in France),” Hill said. The humane society also is caring for a “handful” of Fawn Brittany Bassets, also referred to as Basset Fauve de Bretagne, and one Gascony Basset, also known as the Basset Bleu de Gascogne.

Those interested in adopting one of the dogs or any of the other animals currently cared for by the Humane Society of Missouri, which is based in St. Louis and is not affiliated with the Franklin County Humane Society in Union, should go to the shelter’s website, hsmo.org, to view the animals available for adoption.

Would-be adoptees can sign up for an email alert when a particular breed is available, Hill said.

“It is not too soon to begin looking through the list of animals available for adoption, as one or two of the dogs from this rescue have either already gone up for adoption or will soon be going up for adoption,” Hill said. Animals are added to the list of adoptable pets once they are cleared of both a medical and behavioral inspection.

Hill said adoptees should be prepared in the event the dogs have emotional scars from what they experienced at the dog-breeding operation.

“It can certainly shape their personality, but we can also shape their personality by what we do,” Hill said. “Animals are so adaptable — it never ceases to amaze me. While they have been in our care, the dogs are learning again that humans can be pretty cool — that we provide them tasty treats, soft blankets, fun toys and lots of love.”

Hill said those interested in adopting one of the dogs also should be prepared for seemingly routine trainings, such as house training, to take longer.

The 55 basset hounds were seized Oct. 6 from an undisclosed Franklin County residence, following a complaint to the Humane Society of Missouri’s Animal Cruelty Task Force and the Franklin County Sheriff’s Department.

The dogs were found in varying stages of malnutrition and filth – many housed in crates and sitting in their own feces and urine. The dogs had been without care for more than 48 hours prior to their rescue.

Officials had attempted to do an on-site inspection of the dog-breeding facility in late September, but the owner did not provide consent, according to officials in October. The owner of the property, who appeared to be operating an animal-breeding facility, was arrested in September on an Iowa warrant for a fraud charge.

“With a little bit more of a transition, we believe these dogs will be ready to find their forever homes,” said Linda Campbell, shelter animal behavior manager at the Humane Society of Missouri.

Dozens of dogs were rescued from a Franklin County house on Tuesday.