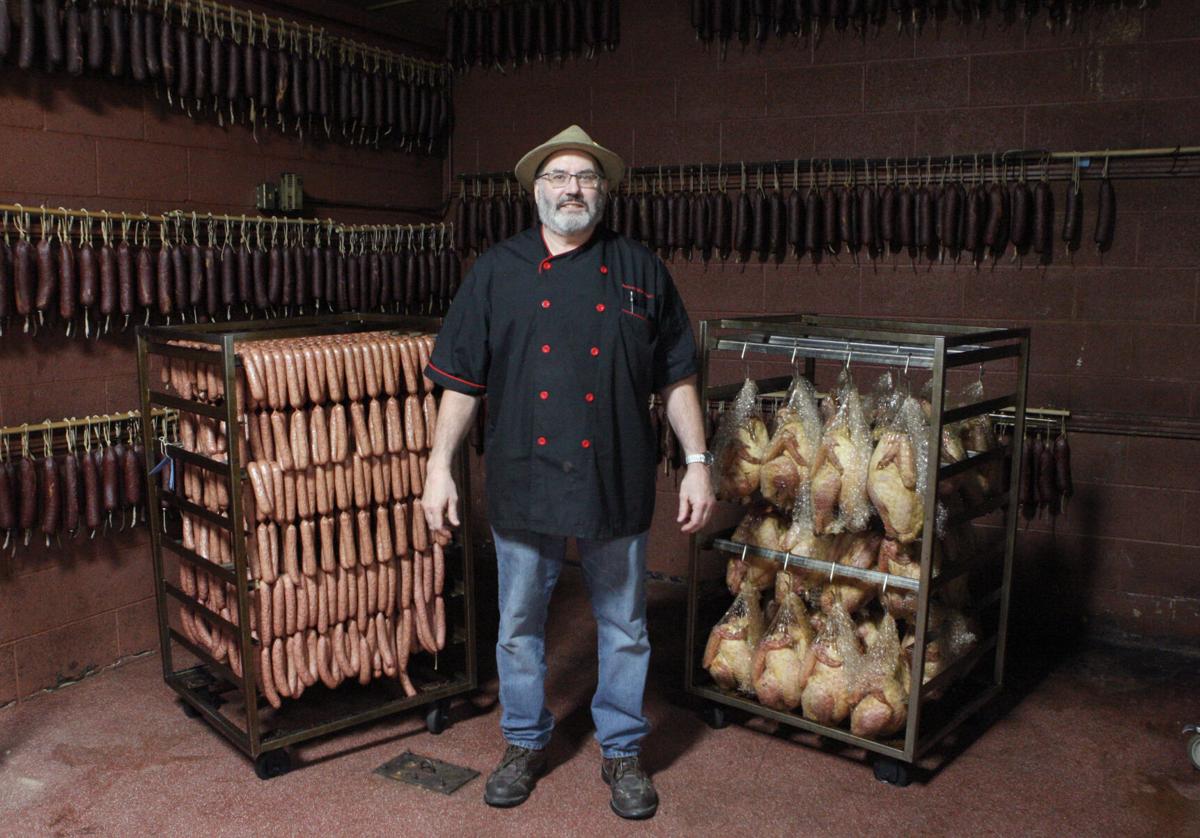 Mike Sloan, owner of Hermann Wurst Haus, stands in the back room of the restaurant Friday, Nov. 13. Sloan and his partners, Cory Hawkins and Steve Bolton, recently bought Woods Smoked Meats in Bowling Green from d and Regina Woods. 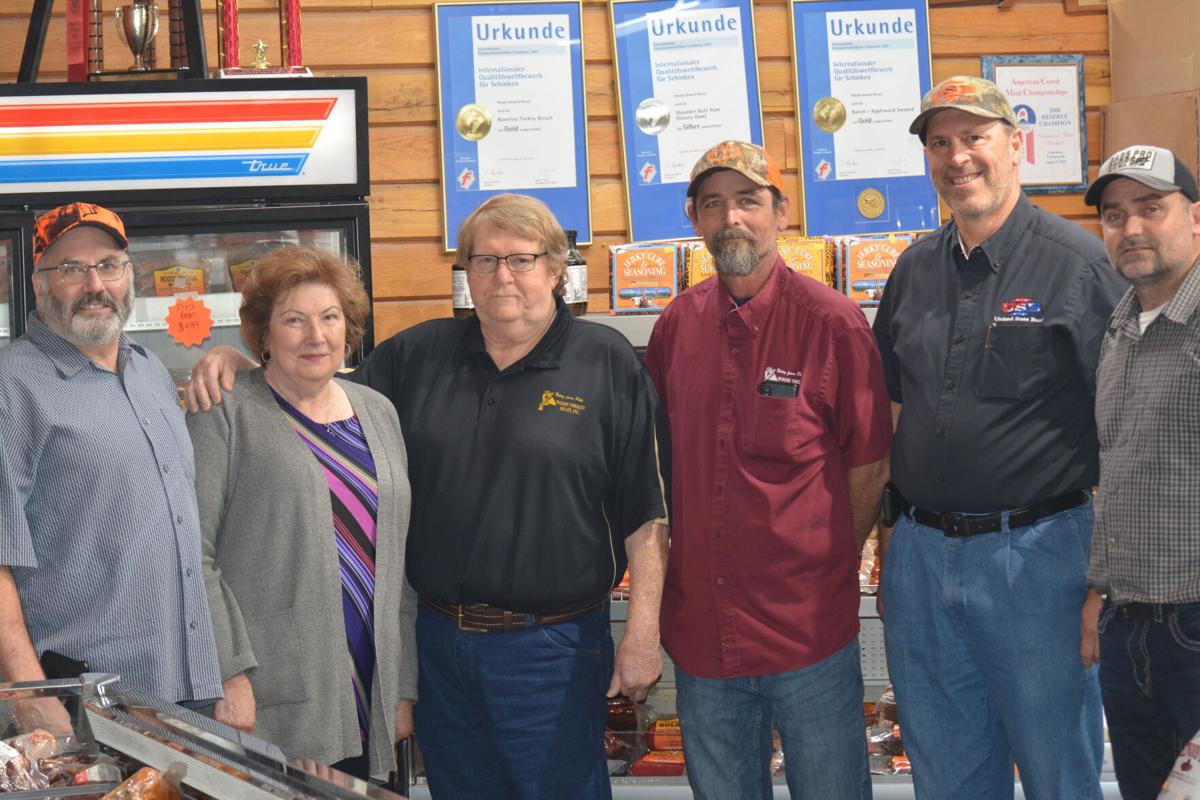 Mike Sloan, owner of Hermann Wurst Haus, stands in the back room of the restaurant Friday, Nov. 13. Sloan and his partners, Cory Hawkins and Steve Bolton, recently bought Woods Smoked Meats in Bowling Green from d and Regina Woods.

Hermann Wurst Haus’ recent purchase of a Bowling Green meat processing plant and store has been years in the making.

“I looked at it nine years ago and couldn’t quite complete the deal,” said Mike Sloan, owner of the popular Hermann Wurst Haus.

But Sloan, 63, started looking at Woods Smoked Meats in Bowling Green again about a year ago. This time he was able to complete the purchase as part of an equal partnership with Woods Smoked Meats General Manager Steve Bolton and Cory Hawkins, owner of Central Missouri Meat & Sausage in Fulton. Terms were not disclosed.

“It’s an attractive business,” Sloan said. “It’s been in business for about 65 years. It’s well-established in the community. It’s got great products.”

Woods Smoked Meats is renowned in Northeast Missouri for its signature barbecue sauce, Sweet Betsy From Pike, and for its porkburgers, hams, and bacon.

Sloan expects the combined businesses, called HWC Meats, to bring in around $12 million in 2021.

Woods and Central Missouri Meat each have between 25 and 30 employees, which will help Wurst Haus deal with the growing demand for its products and space. Eventually, the deal could help get the Hermann meats in more grocery stores across the region.

“At Wurst Haus, we are busting out at the seams, and we are landlocked,” Sloan said.

Business has been up about 16 percent this year, Sloan said. While the meats Wurst Haus produces have sold well, the rush on store shelves during the pandemic also has more people bringing in their own meat they’ve raised or hunted for processing.

The partnership with the other processors will take some stress off Wurst Haus employees, he said. They now have 12 full-time and six part-time employees in Hermann but are looking to hire more.

“We didn’t know what was going to happen in March, and, now, we still don’t know,” Sloan said.

With the Fulton and Bowling Green plants, workers can be moved around if needed. Sloan said talent also can be developed by moving to different plants.

“This, to me, has never been done before,” he said. “We were all three slightly competitive, but we all did business together.”

The deal is not one Sloan would have wanted to complete by himself, but having Bolton and Hawkins, who are younger than him, made it workable.

“If my batteries go out, they can still pick it up,” he said.

Bolton will remain the day-to-day “boots on the ground” guy at Woods Smoked Meats. Ed Woods, the longtime owner who has won 645 state, national and international awards for his meat creations in a 70-year career, will retire.

“I feel confident that with these three industry leaders at the helm, the Woods Smoked Meat brand will continue to thrive with the highest standard of quality,” Woods said in a news release.

Getting through the busy deer and Christmas seasons are the next objectives for Wurst Haus, but Sloan expects the deal will help him get its products on more grocery store shelves early in 2021. Wurst Haus products have some availability in Hy-Vee stores, but Sloan would like to see them in Schnucks, Dierbergs and elsewhere.

“That shelf space in the stores helps drive the visitors to Hermann,” he said. “They buy our bacon or sausage in Springfield, Mo., and they’ll want to come here.”

“Between the three companies, we probably have 600 to 700 products,” Sloan said, adding that only 40 or so would be aimed at large stores.

Sloan started at his parents’ meat processing business when he was just 9 years old, but he looks forward to the future.

Sloan and his wife, Lynette, started Hermann Wurst Haus in 2011. He has won more than 500 awards in his more than 50-year career, including 14 best of show honors and 29 international awards at the German Butcher’s Association, in Frankfurt, Germany, according to the news release.