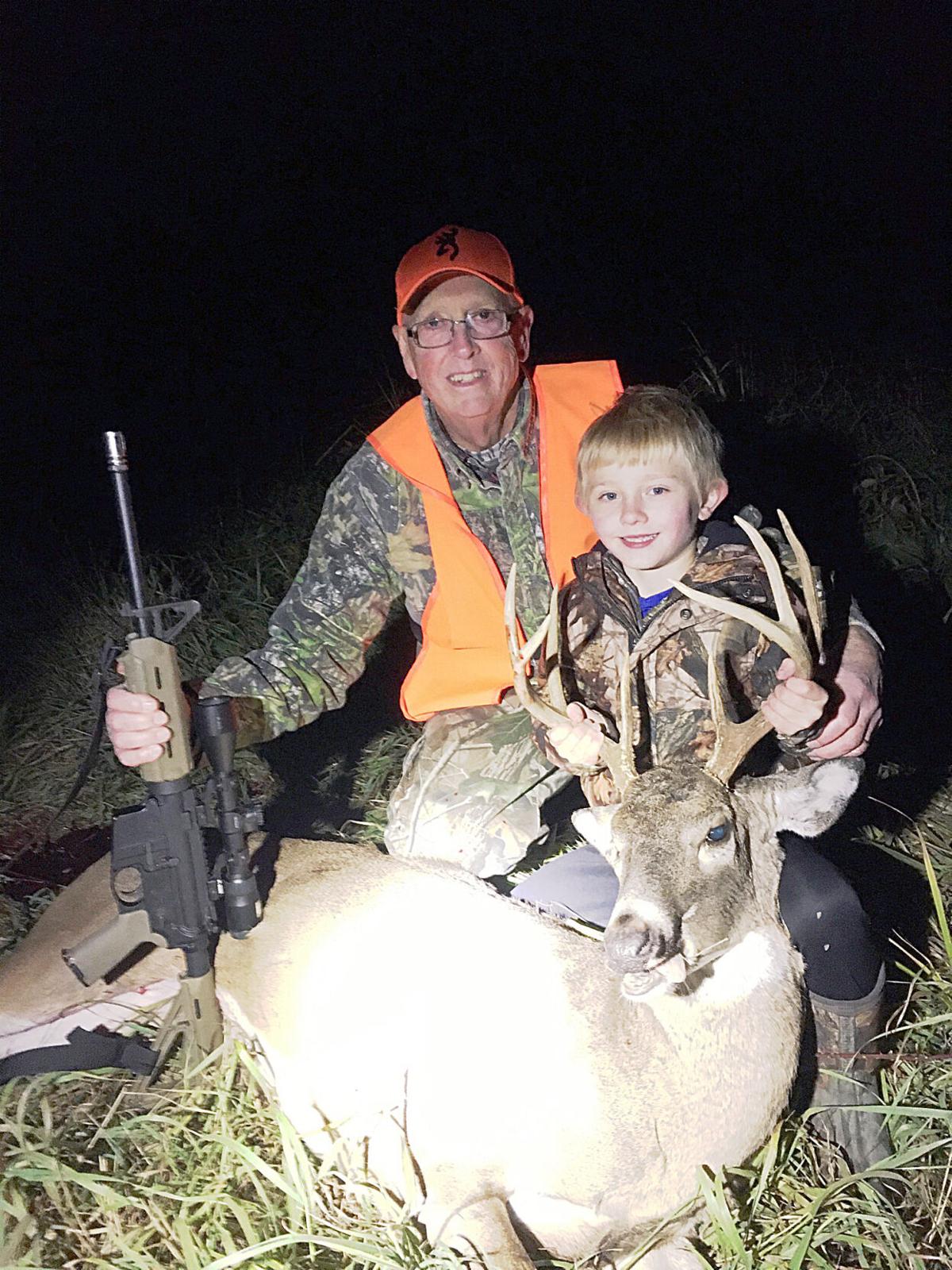 Landon Howell, 8, from Augusta, shot this 8-point buck while hunting with his grandfather, Mark Graham, Sunday, Nov. 15, near Defiance. 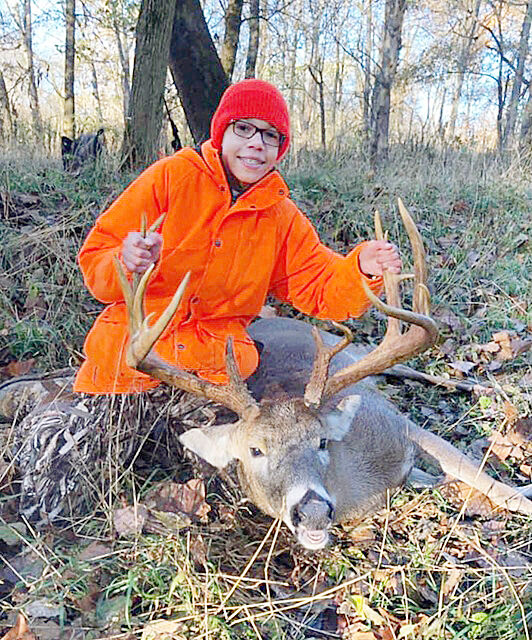 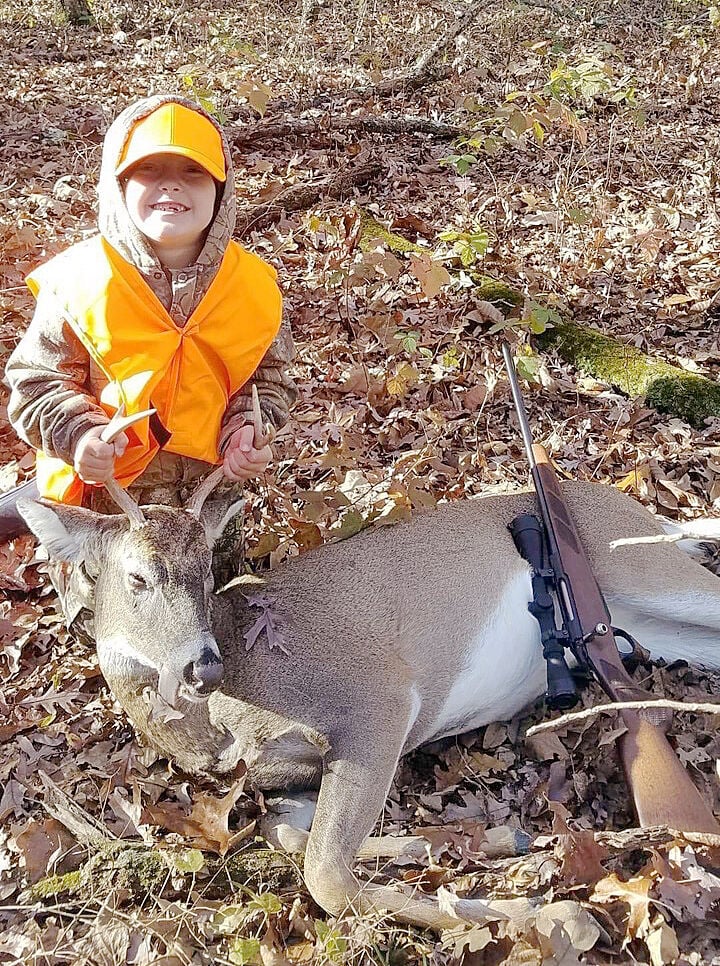 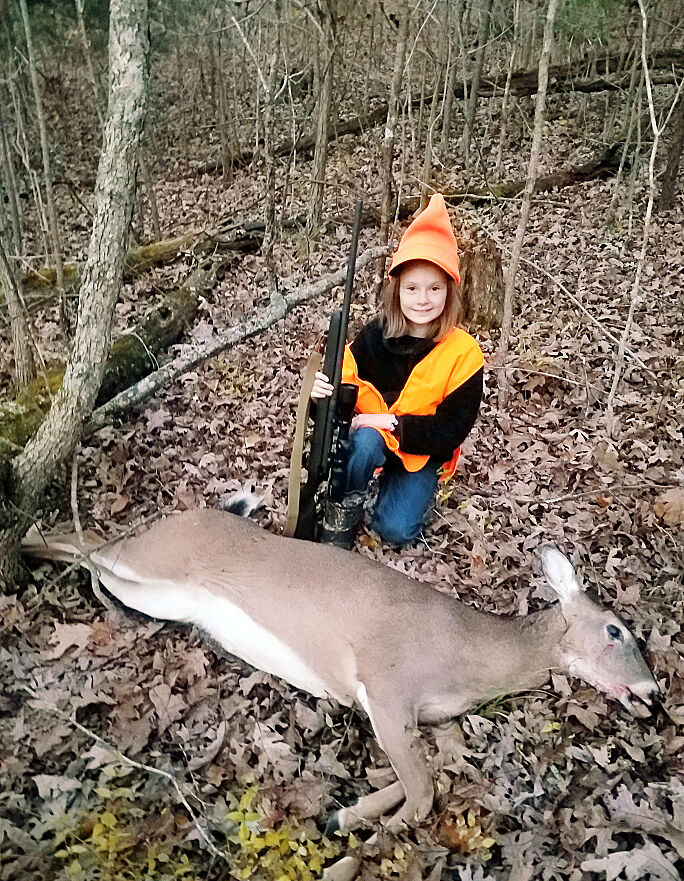 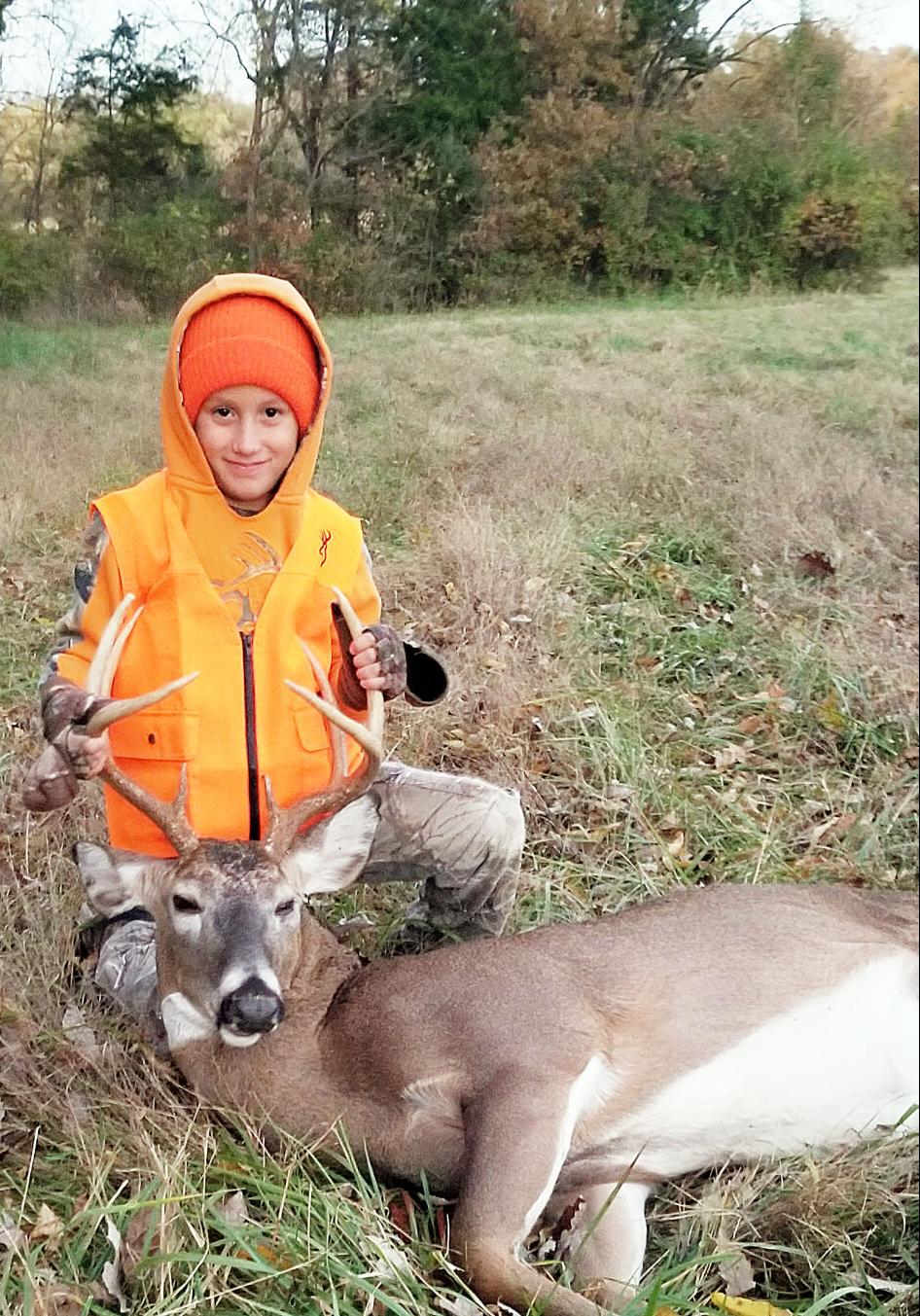 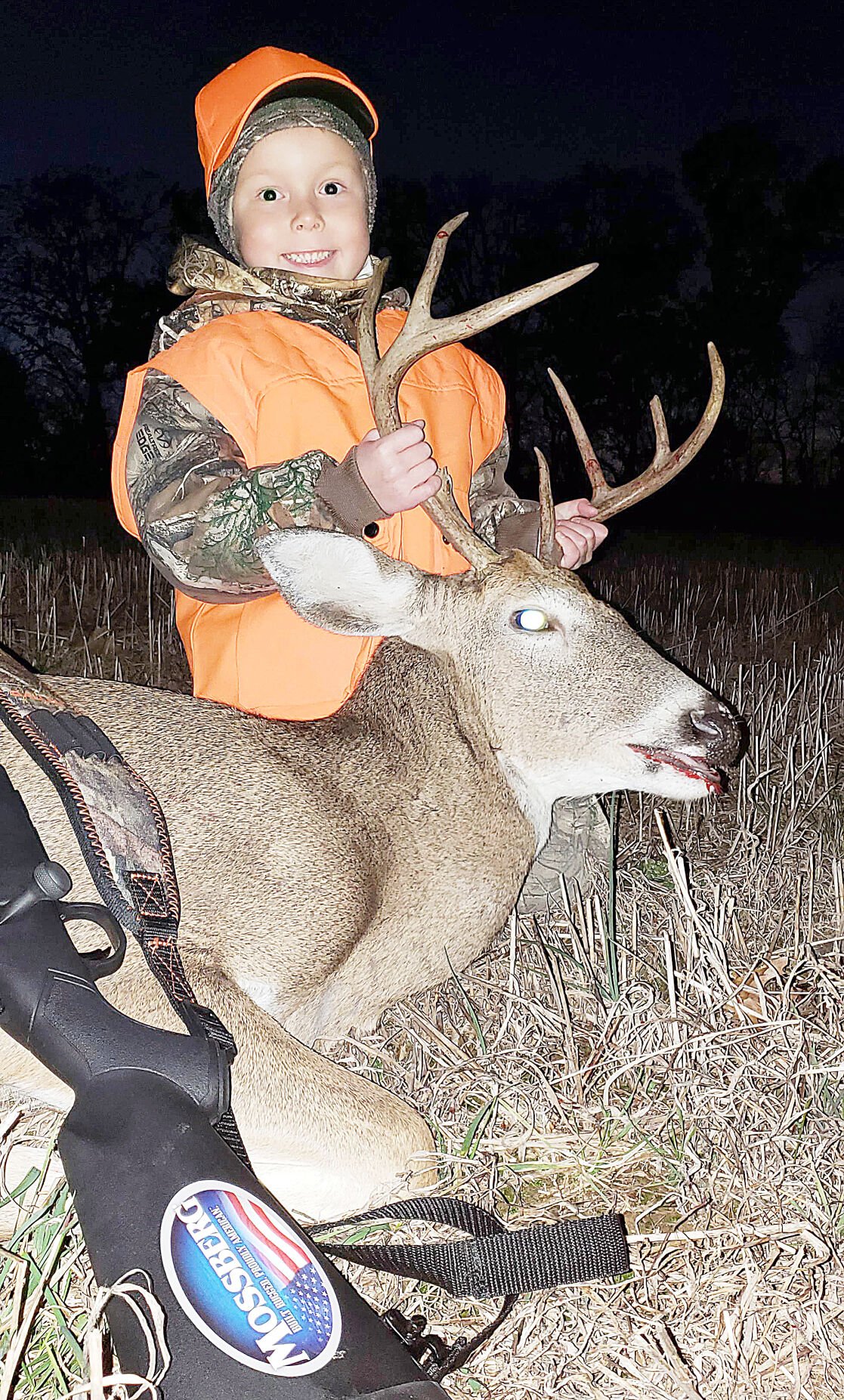 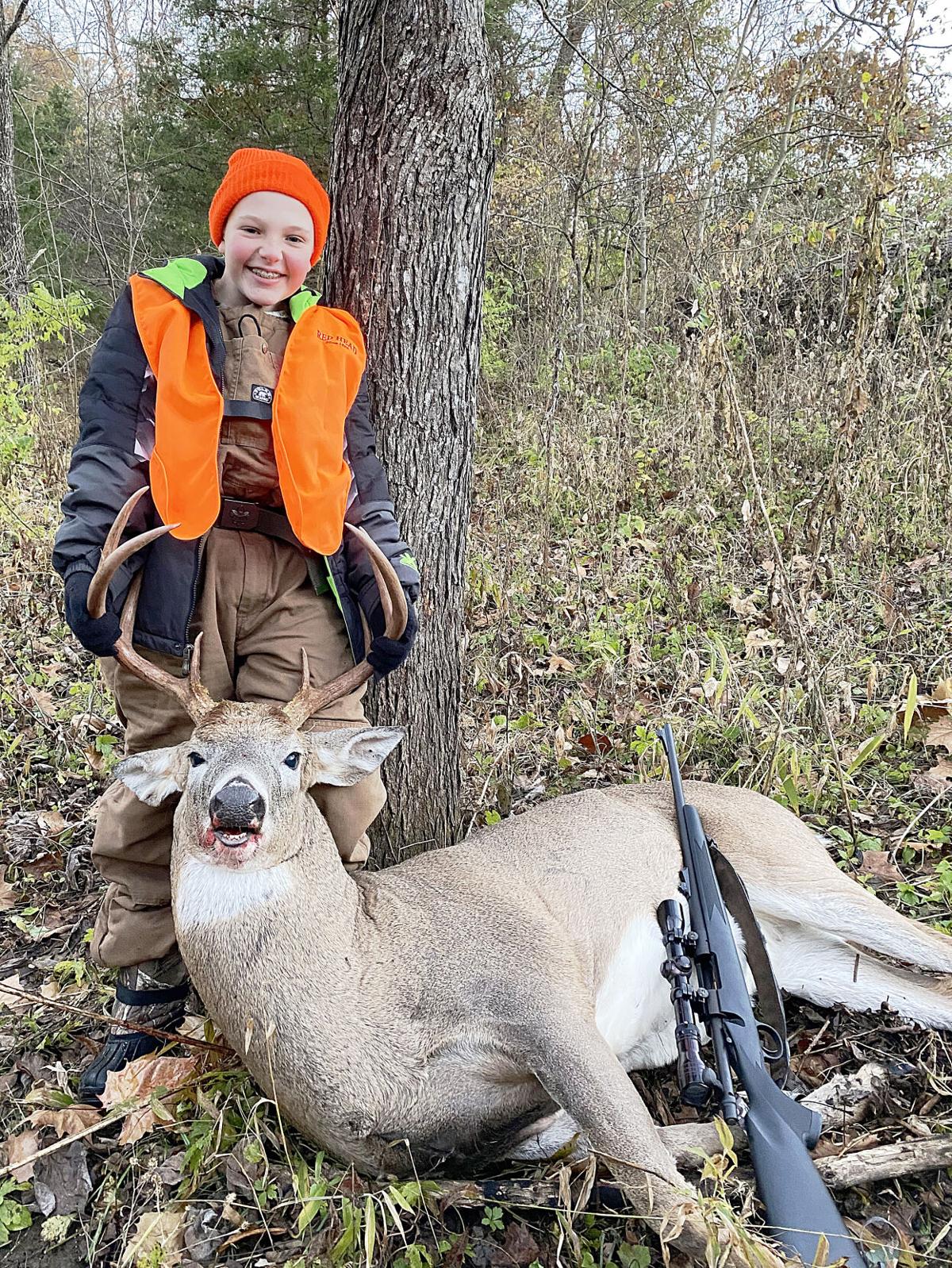 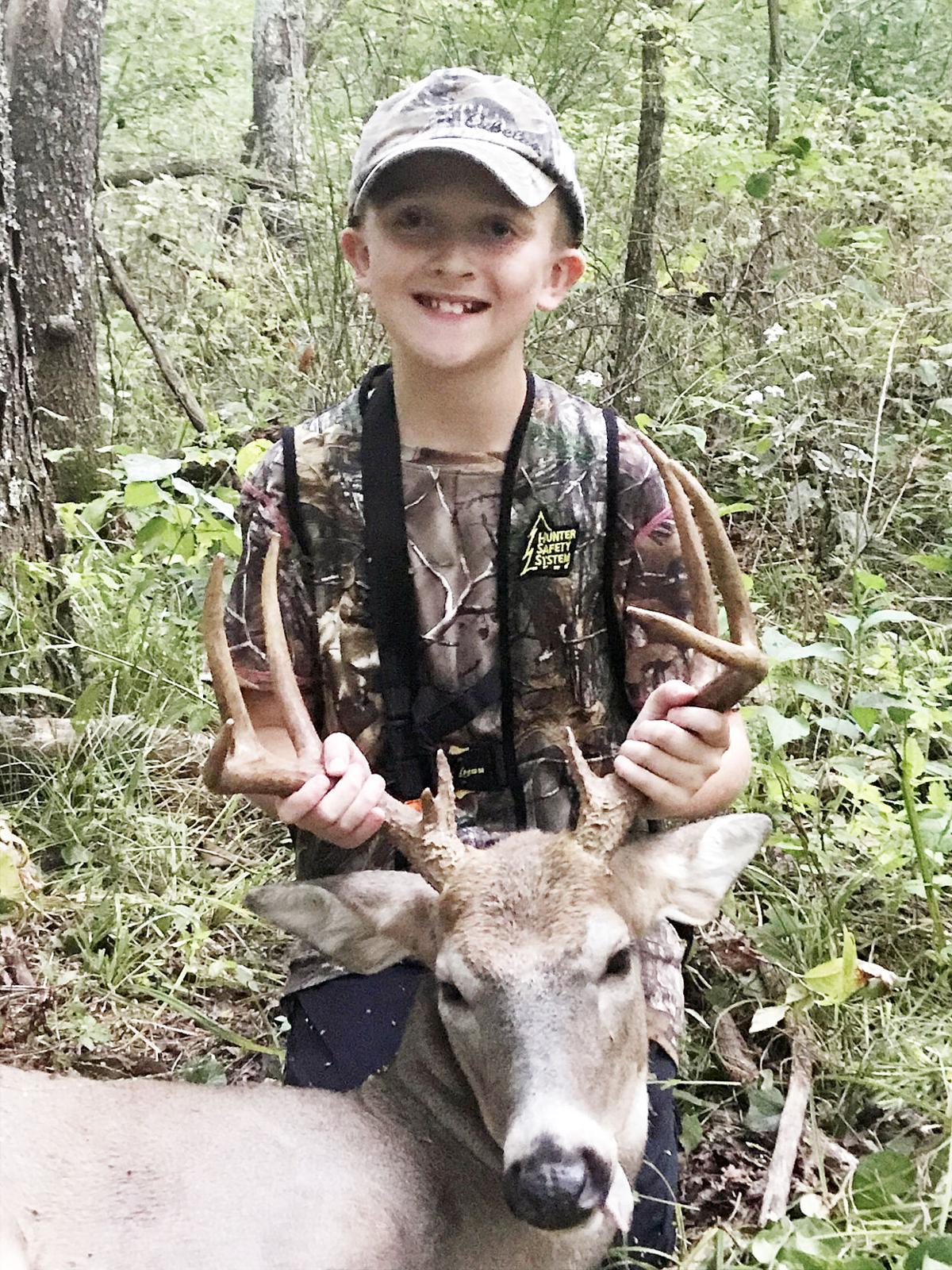 Landon Howell, 8, from Augusta, shot this 8-point buck while hunting with his grandfather, Mark Graham, Sunday, Nov. 15, near Defiance.

While there may have been fewer deer killed in Franklin County this fall, Missouri Department of Conservation officials say that is due to lackluster weather not because of a decline in the county’s deer population.

According to the state’s conservation department, hunters in Franklin County harvested 3,409 deer this year, which is down from last season’s total of 4,026 reported deer killed.

The county’s deer harvest trails only Howell County, near the Arkansas state line in the Ozarks, which led the state’s 114 counties in total number of deer killed with 3,495.

“During (the first) morning of opening weekend, we had heavy thunderstorms that really kept hunters from going out into the woods,” Pursley said. “In Franklin County, opening weekend is when we see the vast number of deer killed, so when we have bad weather during those two days then that really hurts the harvest.”

Another contributing factor to the lower-than-expected harvest report was the year’s bumper crop of acorns, a staple of the deer diet, Pursley said.

Fellow Conservation Agent Todd Wright said the plethora of acorns may explain why some hunters were reporting not seeing any deer despite being in the woods for extended periods of time.

“If the deer have everything they need — food, a water source — then they may not move much beyond one or two acres,” Wright said. “Deer can also become more nocturnal animals, doing their moving all at night, if they feel the pressure of hunters during the day.”

Although the traditional firearms season is now over, deer hunting will continue in the county.

Youth hunters will see the second portion of their youth-only deer season end on Nov. 29. The state’s antlerless deer season is scheduled to begin next month, Dec. 4-6. Archery hunters can continue to hunt deer through Jan. 15, while the state’s alternative methods deer season begins on Dec. 26 and will end Jan. 5.

Pursley praised the county’s hunters, who he said have taken a “balanced” approach to their hunt and role in managing the county’s deer population.

With the traditional firearms season over, Pursley and Wright said they have been receiving numerous calls about hunters illegally dumping their deer carcasses on another’s property, in creeks and rivers, along the sides of roads and in ditches.

“I’m not sure why we are seeing this sharp increase in the number of calls. It has been out of control,” said Pursley, who added the pair of conservation agents have received between 30 to 40 calls since Tuesday from property owners who were calling to report deer were dumped.

Pursley said those who dump the deer frequently will leave the bones, hides and intestines. Others will only remove a select cut of meat from the deer’s body and leave the rest to waste.

According to Wright, illegally dumping a deer gives all deer hunters “a black eye.”

Wright said, “(Dumping a carcass) is not an ethical thing nor a good thing to do at all.”