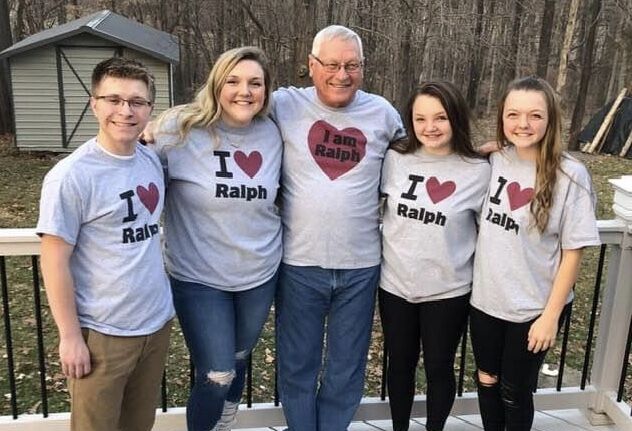 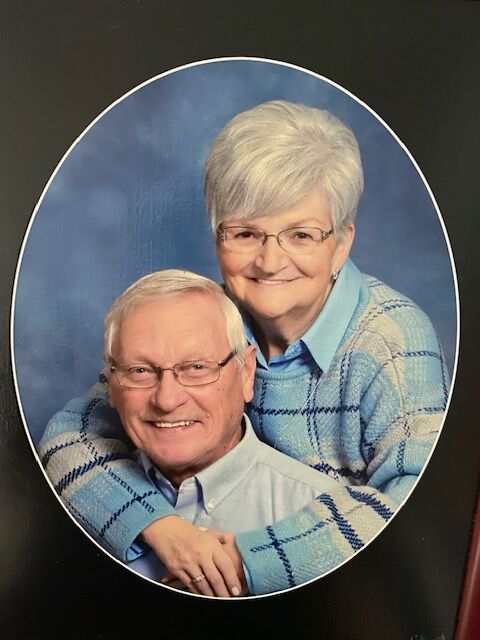 Ralph Struckhoff and his wife Jayne.

Ralph Struckhoff and his wife Jayne.

Ralph Struckhoff waved at everyone.

When he would drive the streets of his hometown, Augusta, he would smile brightly at passing cars, shoot his hand off the steering wheel and wave enthusiastically. Oftentimes, Ralph would realize he actually didn’t know the person, and he would grin and coyly search his palm like he was looking for something, or trying to shake something off. The response was always a chorus of laughter from whoever was in the car, usually his wife of almost 50 years, Jayne Struckhoff, and the couple’s beloved grandchildren.

“He always could laugh at himself,” Jayne recalled fondly. “He was such a friendly guy.”

Ralph’s friendly demeanor is what first drew Jayne into his life in the early 1960s. Both were attending St. Francis Borgia High School, and they met when Ralph umpired Jayne’s softball games through the Catholic Youth League. After the softball games, Jayne remembers, the boys would play a game and the girls would stay and watch. When he left in December 1965 to serve in the Vietnam War, he asked Jayne to write him letters to cheer him up.

They remained close when Ralph returned and became a construction apprentice and later a construction worker. Ralph first asked Jayne to the movies on a date, and she had no reservations saying yes.

“He was such a hard worker and so much fun to be around,” Jayne said. “He laughed constantly and just looked so happy all the time. I thought ‘What more could I ask for?’ ”

The couple married Oct. 24, 1970, at Immaculate Conception Church in Augusta. They raised a daughter, Tricia, and a son, Chuck, and eventually welcomed two spouses, Todd Obermark and JoAnn Struckhoff, and four grandchildren, Maddie, Beth and Meredith Obermark and Andrew Struckhoff, to their tight-knit family.

Jayne said Ralph adored his grandkids more than almost anything in the world, and they loved him back. He would often tell them to “settle down,” before giving them a bit of wisdom about life, friends, school, anything that was bothering them. “Settle down,” Jayne remembered, was all that Maddie, Beth, Meredith and Andrew needed to hear to get quiet and listen.

Ralph and Jayne could also be spotted at every softball game, school play, gymnastics meet and volleyball match, even occasionally traveling out of state to watch their grandchildren play and perform.

A few Christmases ago the grandchildren surprised Ralph by all showing up in matching “I ♥︎ Ralph” T-shirts they’d made. They presented him a gift box of his own, and he unwrapped it to find a fifth shirt, this one reading “I am Ralph.” The four wore the shirts proudly at several family gatherings after that.

They also wore them when Ralph got sick.

One Friday in late August, Ralph, who was a healthy man and suffered only from arthritis, returned home from a day of construction work at his church, Immaculate Conception Church in Augusta. The following Monday when he woke up, Jayne noticed his eyes looked a bit off. He said it was probably just a sinus infection, but Jayne’s intuition told her to take him to the ER in case he needed antibiotics.

They got the call on Wednesday. Ralph’s test was positive. Two days later, Jayne started feeling sick and went in for her own test. The following Monday she heard back — the couple both had COVID-19, a virus that since March has sickened more than 7.6 million Americans, including 139,164 Missourians. More than 213,000 Americans have died from the virus, including nearly 3,000 Missourians.

“We were both sick, but Ralph was sicker,” Jayne said. “So I made him lie in the recliner in the living room, and I would lie on the couch so I could keep an eye on him.”

The couple had borrowed an oximeter and was tracking their oxygen levels, which stay between 95 and 100 percent in a healthy person. When Ralph’s dropped from 90 to 77 in 15 minutes, Jayne rushed him to Mercy Hospital Washington.

The family believed Ralph could beat it. So did he. Although Jayne was still quarantining and couldn’t visit him at the hospital, she called and texted with him every day. Tricia and Chuck stopped by often to wave through the glass windows, not unlike how Ralph frequently waved to passers-by on the road. Ralph was planning to donate his plasma when he recovered so that it could be used to save other lives.

“We’ll talk about that when you get home,” Jayne told him at the time.

But Ralph did not come home. His exhaustion grew by the hour, and he soon lost all appetite. Jayne said Tricia would often try to bring him food he liked, such as a hamburger from Steak ‘n Shake, but he could only manage one or two bites.

“One day,” Jayne said of her daughter, “she just yelled, ‘Dad, if you want a steak I’ll make you a steak and bring it!’

He just looked and said, “Settle down.”

By the time Ralph had been quarantined for long enough that his family could be allowed into the room, his body had changed dramatically. He was on a ventilator and his kidneys were failing. His heart couldn’t keep its rhythm and his lungs “looked like Swiss cheese,” Jayne remembers. He was barely conscious. Had Ralph survived, his leg would have needed to be amputated because the disease had blocked an artery; he would have required thrice-weekly dialysis and a ventilator; and he likely would have had neurological effects due to lack of oxygen. Jayne said doctors told her the man — who danced with his grandchildren with such vigor that his hips would hurt the following day — would probably be bedridden for the rest of his life.

“That was not who Ralph was,” Jayne said of her husband.

On Sept. 11, Ralph’s family was present when the ventilator was unplugged. He passed 10 minutes later with a calm final breath. He was 74.

He and Jayne were just six weeks shy of their 50th wedding anniversary. Since his passing, she’s made a habit of spending time each morning in their sunroom looking at his favorite tree, which has since turned a brilliant red, and talking to him.

“He left such a mark in this world that he will never be forgotten,” she said. “There’s just too much of him in everything.”

Jayne said the family couldn’t have asked for better than the care Ralph received at Mercy, and said it’s impossible to imagine what it was like to watch the staff work tirelessly to save as many lives as possible.

“I cannot emphasize this enough. No one understands — no one — the hell that these health care workers go through every single day,” Jayne said. “We watched them go without lunches, without breaks. You could just see the stress, the pain and the sorrow for these patients. My family just was in awe of what these people do 24/7. And every time someone passes away or is fortunate enough to go home, the bed is filled within a few hours, and they start the process over again. ”

The family also hopes people will hear Ralph’s story and be inspired to follow safety guidelines, such as wearing a mask, to prevent the spread of the coronavirus and prevent more families from being faced with such a loss.

“We’re trying to cope with it, but it’s a very difficult thing that just shouldn’t have happened,” Jayne said. “If this virus can take Ralph, it can take down anyone.”

Jayne details more of her experiences losing her husband, Ralph, to COVID-19 in a letter to the editor, which is published in the Oct. 10 issue of the Missourian on page 7A.

"If this virus can take Ralph, it can take down anyone," said Jayne Struckhoff, Ralph's wife of nearly 50 years.