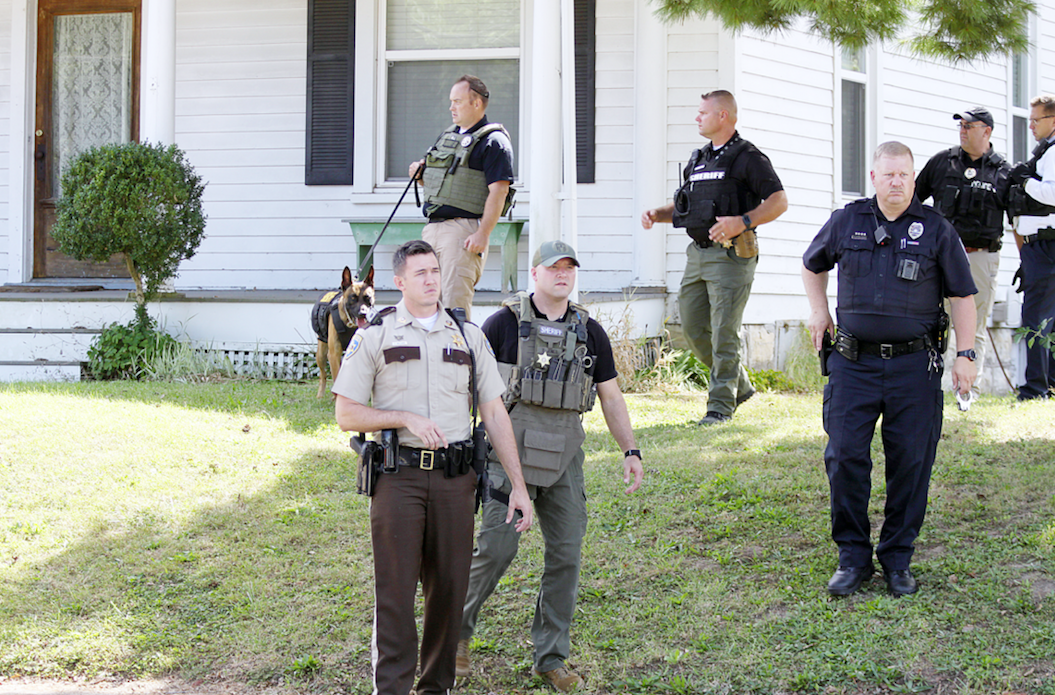 Three suspected drug dealers were lured to a Southwinds apartment Wednesday night where they were robbed at gunpoint by four men.

Washington police Detective Sgt. Steve Sitzes explained Benson and Smith were taken into custody Thursday. Two other suspects have been identified but they have not been arrested.

According to Sitzes, Wednesday night three men from Gerald drove to Washington to allegedly sell several ounces of marijuana at an apartment in Southwinds.

The probable cause statement filed by Washington police in the Franklin County Prosecutor’s Office says Smith made plans with one of the marijuana dealers to meet.

The three men took the marijuana in a backpack to an apartment — they were then directed by Smith to another apartment also in Southwinds, police said.

Two of the suspected dealers got out of the vehicle at the second location, while the third stayed in the car.

“Then someone came out of the shadows and showed a handgun,” Sitzes said.

Benson allegedly took the backpack containing the marijuana off of the shoulders of one of the Gerald men, police said. One of the sellers was injured by barbed wire when he fled on foot from the robbery scene.

The investigation led police to a home in the 1200 block of West Fifth Street where Benson had been staying to conduct a “knock and talk.”

According to the probable cause statement, one of the men who were robbed showed police a photograph posted on social media in which Benson and another man were displaying handguns and marijuana in the basement of a home.

When a detective arrived at the home he could see part of the basement through the outside window and recognized that it was the same location where the photo was taken, the probable cause statement reads.

According to Sitzes, police were in the process Thursday of getting a warrant to search the home when Benson and Smith fled on foot from the rear of the residence, and were quickly taken into custody.

“We had been there before,” Sitzes said. “It is an older home that typically has crawl and attic spaces.”

The other two suspects were not located but the backpack, along with marijuana, drug paraphernalia, “drug packaging,” an airsoft handgun and a large amount of cash were seized, police said.

Sitzes noted that a handgun was seized but it did not match the description of the gun used in the armed robbery, adding that the firearm used in the robbery is still not accounted for.

According to police, Grant and Benson refused to answer any questions. Both man have prior drug arrests, police said.

Washington police and the sheriff’s office were at the West Fifth Street home for several hours Thursday. The street was closed for part of that time.

Sitzes said the Gerald men and buyers did not know each other, but may have had a mutual acquaintance and discussed the alleged deal over social media.

He added that the deal was supposed to be for 1 pound of marijuana, but because the men had not met before, the sellers took less than a pound with them to the suspected drug deal.

Sitzes said the robbery is “isolated” and there is no threat to the public from the men still being sought.

This is the second armed robbery in connection to drugs within six days in Washington.

On Friday, Sept. 20, a man was severely beaten and robbed at gunpoint of cash, his cellphone and suspected methamphetamine. The assault occurred at the American Inn in the 1700 block of East Fifth Street.

Three men have been charged with robbery and armed criminal action for the Sept. 20 incident.