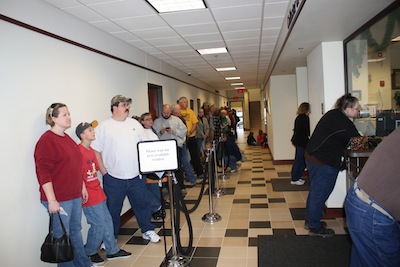 People lined up in December outside the county collector's office to pay their real estate and personal property taxes before the Dec. 31 deadline. 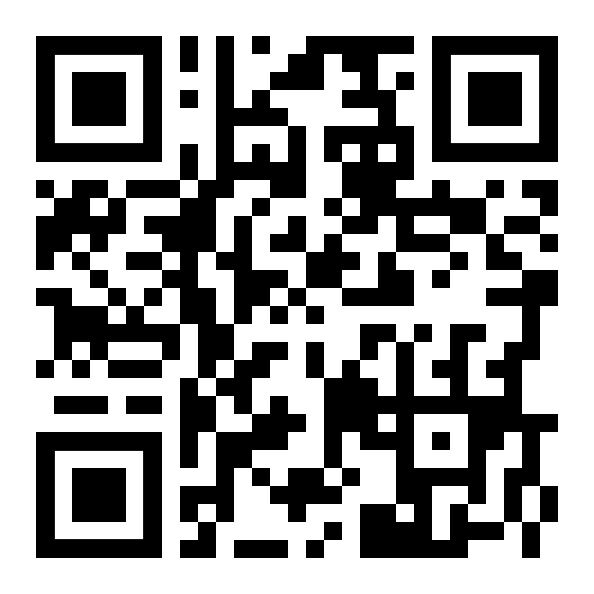 This QR code takes people to Franklin county's new app where they can pay their taxes.

People lined up in December outside the county collector's office to pay their real estate and personal property taxes before the Dec. 31 deadline.

This QR code takes people to Franklin county's new app where they can pay their taxes.

Last year, around 2,000 people stood in line outside the Franklin County Collector of Revenue’s office each of the last two days before property taxes were due.

In the COVID-19 era, Collector of Revenue Doug Trentmann is asking residents to do what they can to avoid a similar situation.

“We are trying to prevent the spread by giving people the option to not come in,” Trentmann said. “With 6-foot spacing, the line will be down the sidewalk. We don’t want that.”

So Trentmann’s office is giving taxpayers another option. Along with mailing out bills, which has been happening over the last few weeks, the county is introducing a smartphone app that allows residents to pay their taxes remotely.

One concern residents have about mailing their bill is that it can take several weeks to get a receipt back in the mail, but the app provides a receipt immediately upon payment.

The app is being paid for with $389,000 in federal CARES Act money the county applied for. Trentmann said he was hoping to have an app within a couple years, but didn’t have funding for it. But after the pandemic, Union-based AQM Computer Help came to the county commissioners to pitch the app.

“Without the CARES Act, it would not have occurred for several years,” Trentmann said.

Residents can pay their bill using the app with credit cards, which have a 2.4 percent fee, or eCheck, which has a $2.80 one-time fee.

Franklin County is the first county in Missouri to offer tax payments by app, Trentmann said.

“Really, it worries me because I don’t like being the test subject for anything,” he said. “But their guys have done a great job of testing it and doing it all year.”

The app can be accessed by using a QR code sent with the tax bill or by searching for “Franklin County MO” on Apple or Google devices. The app won’t just be useful during the pandemic. Trentmann said it saves tax information for next year.

“They tried to make it as simple to use as possible,” he said.

Tax bills have gone out more slowly than usual because of a shortage of envelopes with the company that mails the bills, Trentmann said. But he expected all 104,389 bills, contained in 76,484 envelopes, to arrive by Friday. The county is now trying to put all the accounts a taxpayer has into one envelope.

“They’re mailing them out in batches,” he said. “If they have not received their bill by Thanksgiving, go ahead and call us.”

Trentmann, whose office collects taxes for 67 entities in the county, suspects the envelope shortage could have been one of many things impacted by the COVID-19 pandemic.

“My printing company has not given me an excuse, but I kind of suspect that when you can only find 15,000 envelopes a week, COVID or the election might have had something to do with it,” he said.

More than $130 million was owed in the county, up from $127.2 million last year, Trentmann said. While that is mostly due to reassessments in property values, it also could have to do with a Union Fire District tax increase that was approved by voters.

About 5,000 people had already paid around $7 million by Wednesday, Nov. 18, Trentmann said.

“We’ve been quietly collecting here since the second to last week of October,” he said.

Typically, about 25 percent of people wait until the last day to pay their taxes, while another 25 percent pay in the week before that. Trentmann advises people to get them paid earlier this time.

“This year is different,” he said. “We don’t want people to stand in line.”