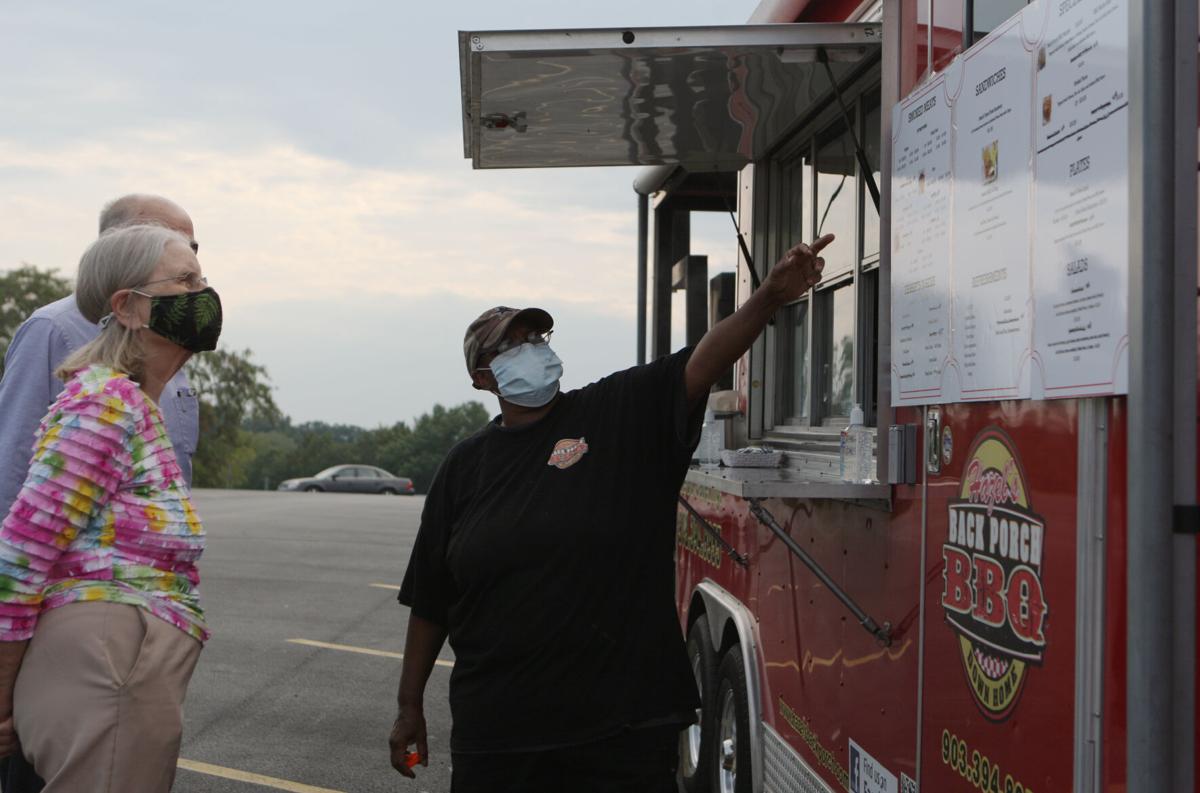 Hazel Prophete points to the menu while helping customers order Friday, Sept. 11, at East Central College. Prophete takes a paired down menu to events, but will have her full menu available at her food truck all other times. 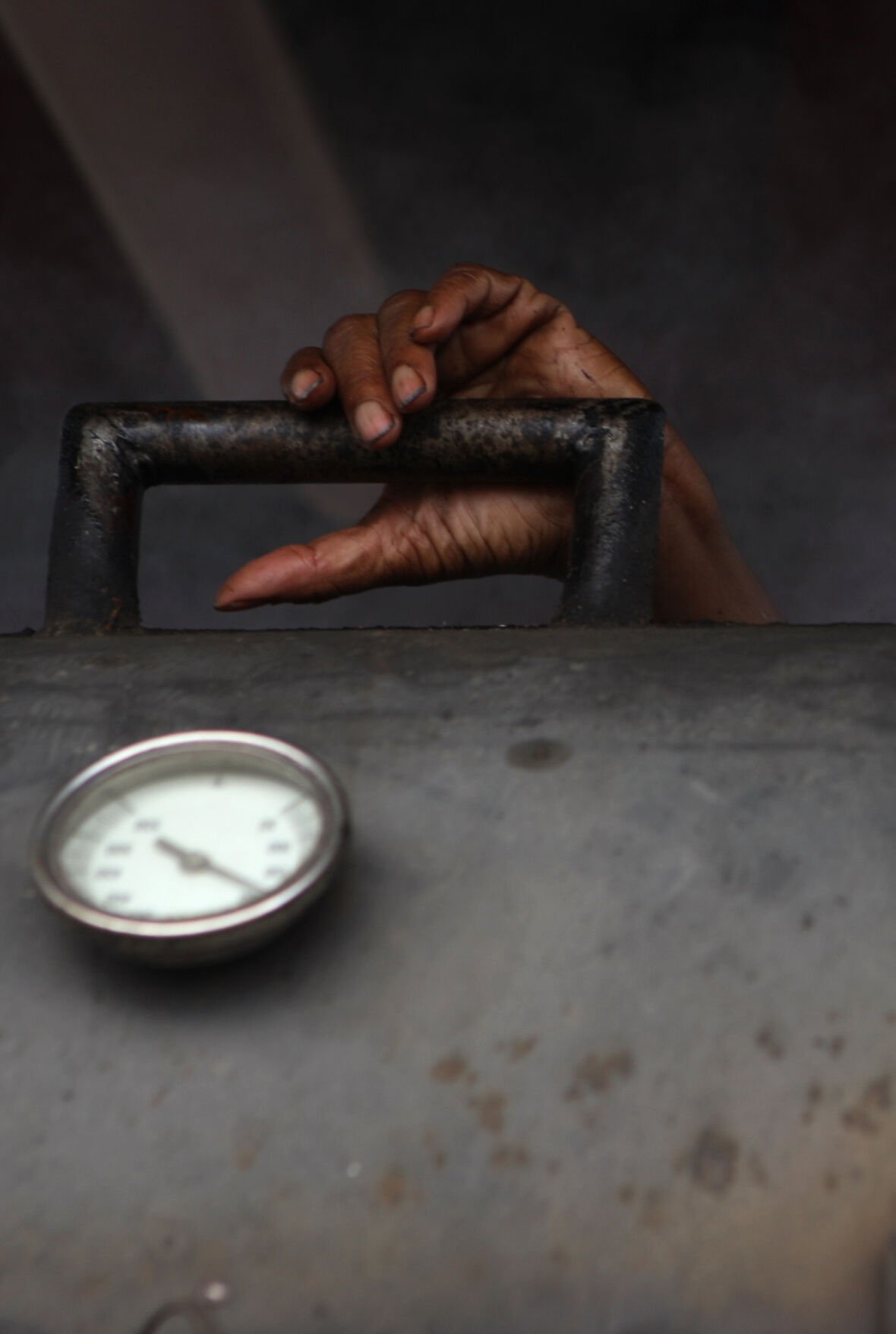 Hazel Prophete lifts the lid of the smoker on her food truck Friday, Sept. 11, at East Central College. 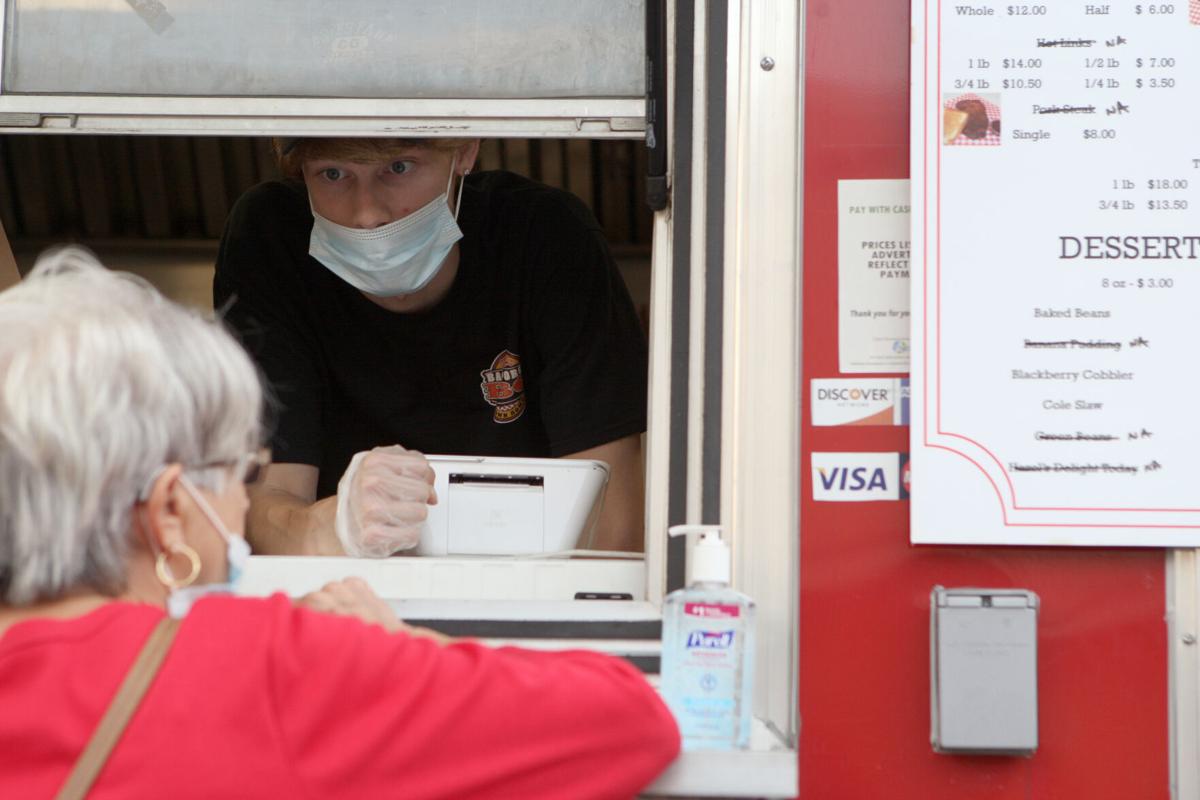 Hazel Prophete points to the menu while helping customers order Friday, Sept. 11, at East Central College. Prophete takes a paired down menu to events, but will have her full menu available at her food truck all other times.

Hazel Prophete lifts the lid of the smoker on her food truck Friday, Sept. 11, at East Central College.

Hazel Prophete, 58, owner of Hazel’s Back Porch BBQ, is taking her culinary talents to the streets of Washington and returning to her roots by moving her business into a fire-engine red food truck.

The restaurateur closed her location at 1405 Jefferson St. in August and moved into her food truck full time with her four employees, where she now serves up her east Texan barbecue, including brisket, chicken, pulled pork, links, sausage, ribs, turkey and an array of side dishes and desserts.

“I was leasing at my previous location, and I am looking to own my brick and mortar,” Prophete said. “This decision allows me to put myself in a position to decrease my debt, save and (give) myself the opportunity to do that.”

Prophete said her goal is to save $40,000 to $50,000 for a down payment on a permanent location for the restaurant in the Weldon Springs or Washington area, which she plans to open by the 2021 barbecue season, which begins in March. The tight time frame, she said, means she will be “hustling a lot of brisket.”

The mobile food model is not a new venture for the Texas native, as she founded the business in a food truck in 2016 in Fort Worth, Texas.

Prophete said she got her start in cooking at an early age.

“I grew up around it, and barbecue is second nature for me,” Prophete said. “Cooking was serious in my family. My dad cooked in the pit, and my mom prepared the sides.”

Her family also owned a hamburger shop in Texas.

Prophete moved Hazel’s Back Porch BBQ to Washington in December 2018 to be closer to her son, daughter-in-law and grandson who live in Washington.

Despite COVID-19, Prophete said business has been fair this year, but declined to share numbers.

She said her business was helped by a $3,000 Paycheck Protection Program (PPP) loan received through the Bank of Washington and a $6,000 loan from the Small Business Administration.

“The loans helped bridge the gap we saw with COVID-19,” Prophete said, who added the pandemic did not cause her to change her model but only helped push the project forward.

The food truck industry nationwide has exploded in the last few years, with a 300 percent increase in revenue from 2014 to 2017, according to IBISWorld, a marketing research company. There were 23,873 active food truck businesses in the U.S. at the beginning of the year, which employed nearly 29,000 people, IBISWorld reported.

Food Truck Nation reported that the industry earns more than $2 billion in revenue each year.

Prophete said her food truck has served customers at Sunset on the Riverfront and Theatre at the Glenn at East Central College.

“The biggest thing is we are going to have to be consistent with a schedule of where we are and posting it (on social media),” Prophete said. “Naturally, we are going to see a drop in sales at first.”

Lucille Vanek, who has worked for the business for two years, said the transition to the food truck has been challenging but has gone well overall.

“The work space is a lot smaller and can be harder to work in,” she said. “It is also a faster pace environment, but I like it.”

Prophete has cut back the menu to make for a faster turnaround at events but will go to the full menu when the truck is fully mobile and offering lunches around the area.

She said most of the meat will continue to be smoked at a commissary pit located behind Big Boys in Washington, and the remainder will be smoked on the food truck, which has a pit.

Prophete said, “It should be business as usual once (we are) up and running.”