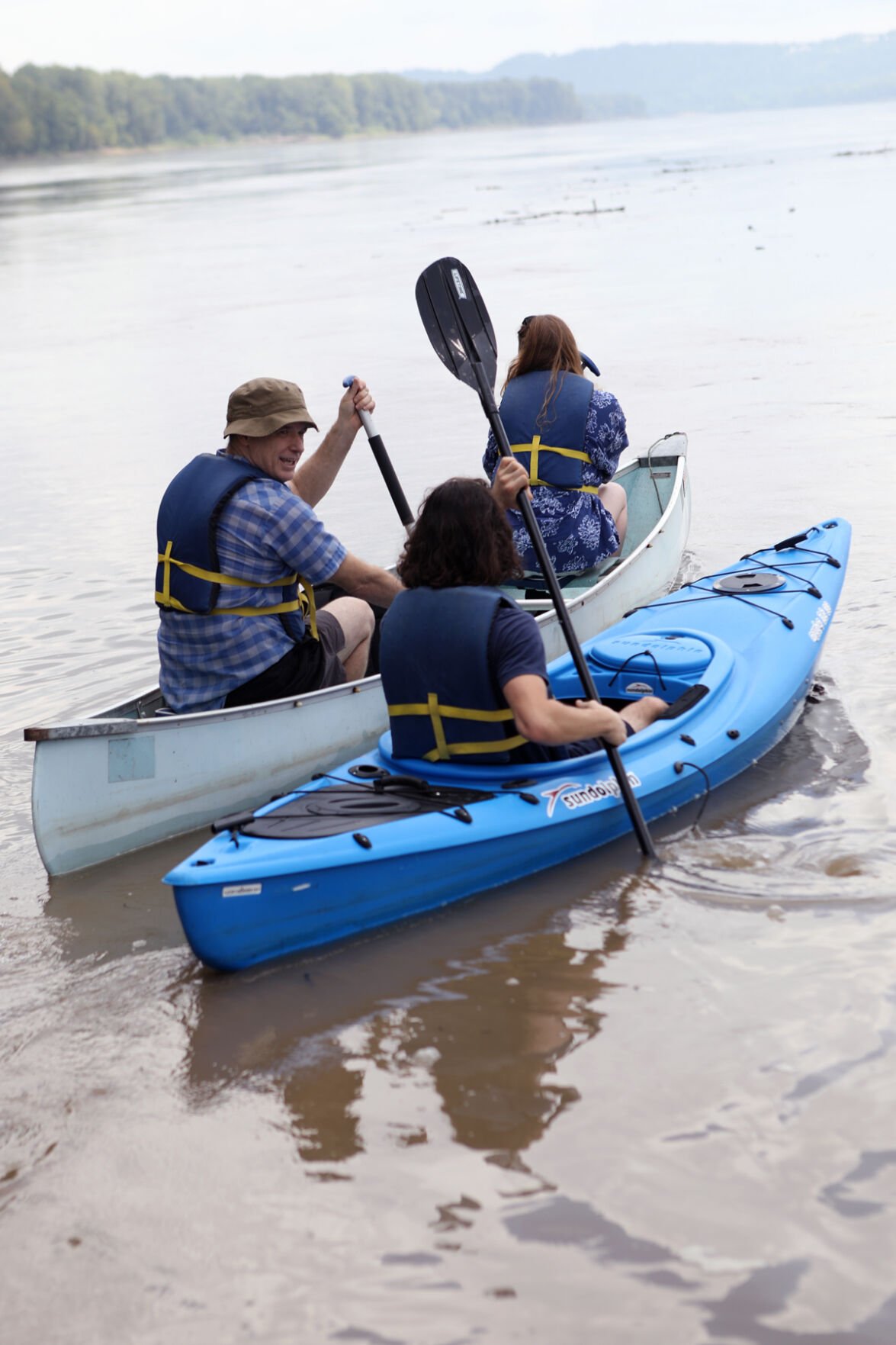 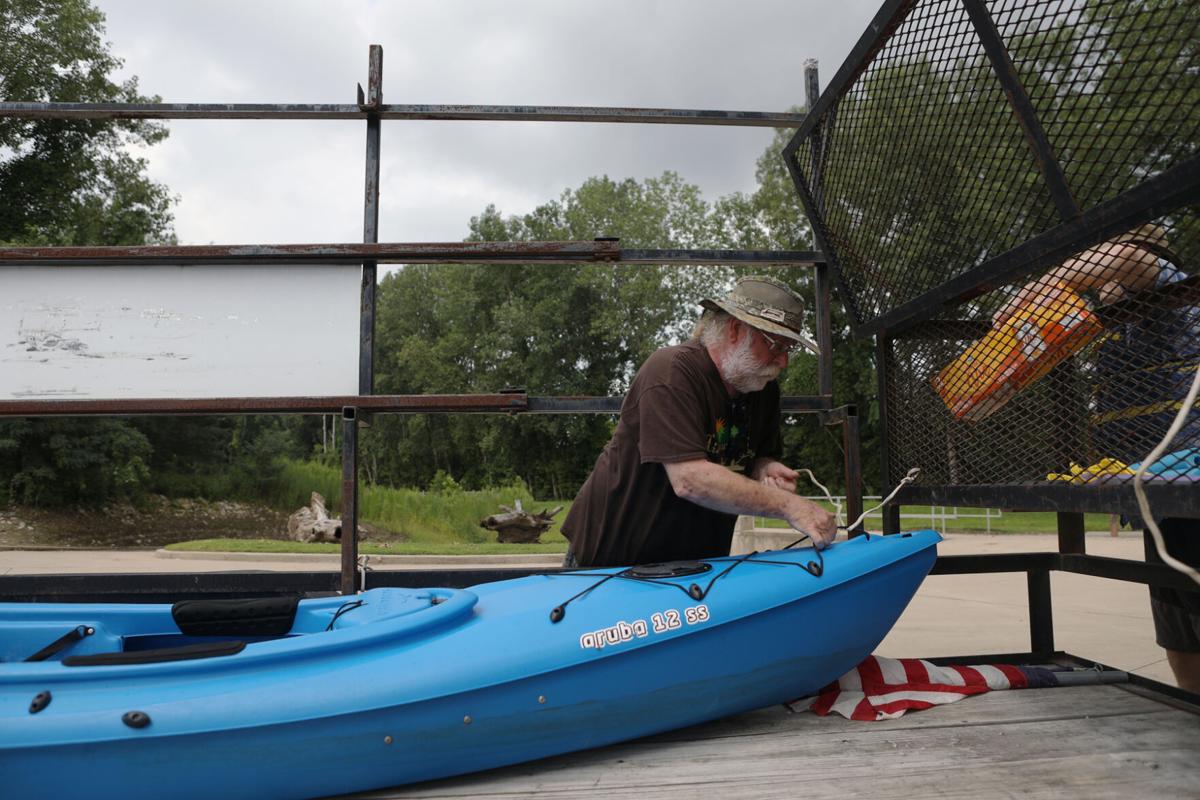 The river is one place you can keep a safe social distance.

Floaters, canoeists and kayakers have taken to local rivers and creeks in increased numbers this summer during the COVID-19 pandemic.

“People want to get out, so they’re coming,” Darryl Crites, co-owner of Old Cove Canoe & Kayak in St. Clair, said. “Most of my operations are sold out on Saturdays. A lot of people you can tell are just getting out for the weekend and doing something where they can stay close to home.”

Missouri River Excursions, located in Defiance, and Devils Back Floats, of Leslie, both report up to a 50 percent increase in business.

“We’ve been slammed,” Joe Brazil, owner of Missouri River Excursions and Beyond the Trail RV Park, said. “This year’s been busy. We’ve had a lot of first-time customers. It’s been pretty tremendous actually.”

Brazil, who has operated Missouri River Excursions for five years, opened the new RV Park Friday in response to how well business has been going and hopes to gain some crossover customers between his two endeavors.

“All I had to do was put a sign up and people called right away for bookings, and it’s been amazing,” Brazil said of opening Beyond the Trail.

Typically a Saturday and Sunday business, Missouri River Excursions has expanded hours in recent weeks to also serve customers on Thursdays and Fridays.

Brazil said there is a misperception about what a trip down the Missouri River is actually like.

“The first reaction when you tell someone you’re going to float the Missouri River is ‘What are you, nuts? That river’s dangerous’,” Brazil said. “That perception is so inaccurate.”

Brazil said the river can actually be very peaceful, and customers are encouraged to take chairs with them and stop off at sandbars as they make their way at their own pace.

Missouri River Excursions offers two floating options, a full-day trip from Washington to Weldon Springs or a half-day trip that starts near Klondike Park and also culminates in Weldon Springs.

Brazil said part of the increased interest this summer may be due to the rivers being in better shape this summer after being flooded most of last year.

There’s also been a number of first-time customers.

“We have our customers that we always have and come every year and love it,” Brazil said. “Then we have had a lot of people in from Illinois because they don’t have much they can do there right now.”

In St. Clair, Crites said he has had several first-time customers as well for trips on the Meramec River.

“A lot of my old customers who come here every year have canceled, but on the other hand, I’ve had more business than ever,” Crites said.

Old Cove Canoe & Kayak remained closed for the early part of the summer, but reopened near the end of June with plans to close for the season after Labor Day.

Crites said he’s not renting all of the equipment he has available, but still rents to up to 400-500 customers per weekend.

“In the past, we could float more equipment on Saturday, but now we’re getting more customers on Friday and Sunday,” Crites said. “I’m renting a lot less equipment, but making just as much money, so I would say business is up.”

Old Cove buses its customers to a starting point on the river and then they return via the river. Crites said they have been busing customers in smaller groups as a precaution against the virus, which means more bus trips and gas usage.

“We’re not worried about that this year,” Crites said. “We just want the customers to be comfortable.”

Devils Back Floats has been operating on the Bourbeuse River for 40 years. Current owner, Jennifer Paulsen, inherited the business from her parents.

Paulsen said she runs a smaller business and will typically rent just a handful of canoes at most on a week day, but significantly more on a Saturday.

“Our Saturdays have gotten much busier,” Paulsen said. “We have close to 50 people on a Saturday. In years past, on a good Saturday, we would have maybe 25-30.”

Devils Back Floats deals exclusively in canoes and kayaks and offers a 7-mile trek.