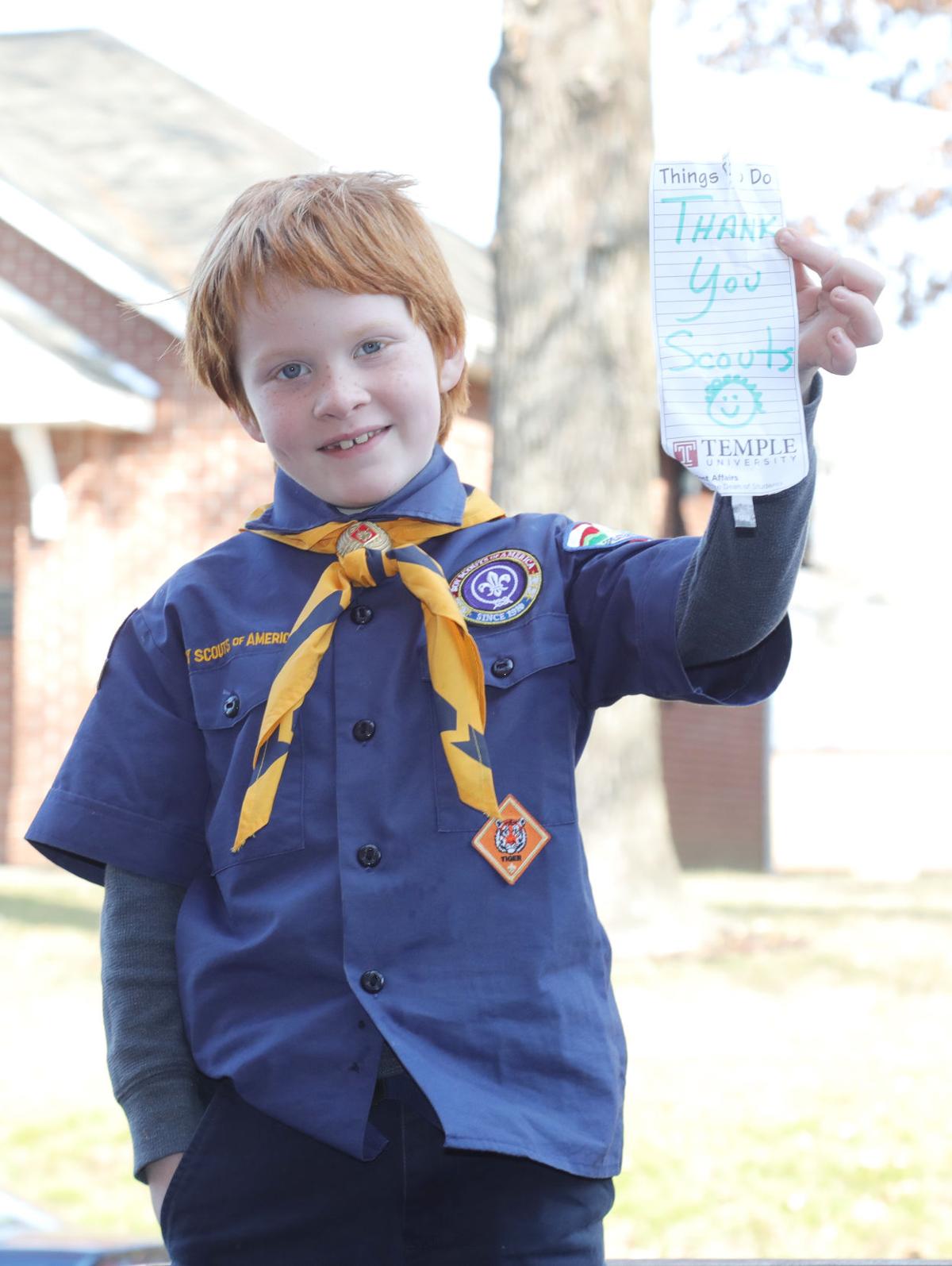 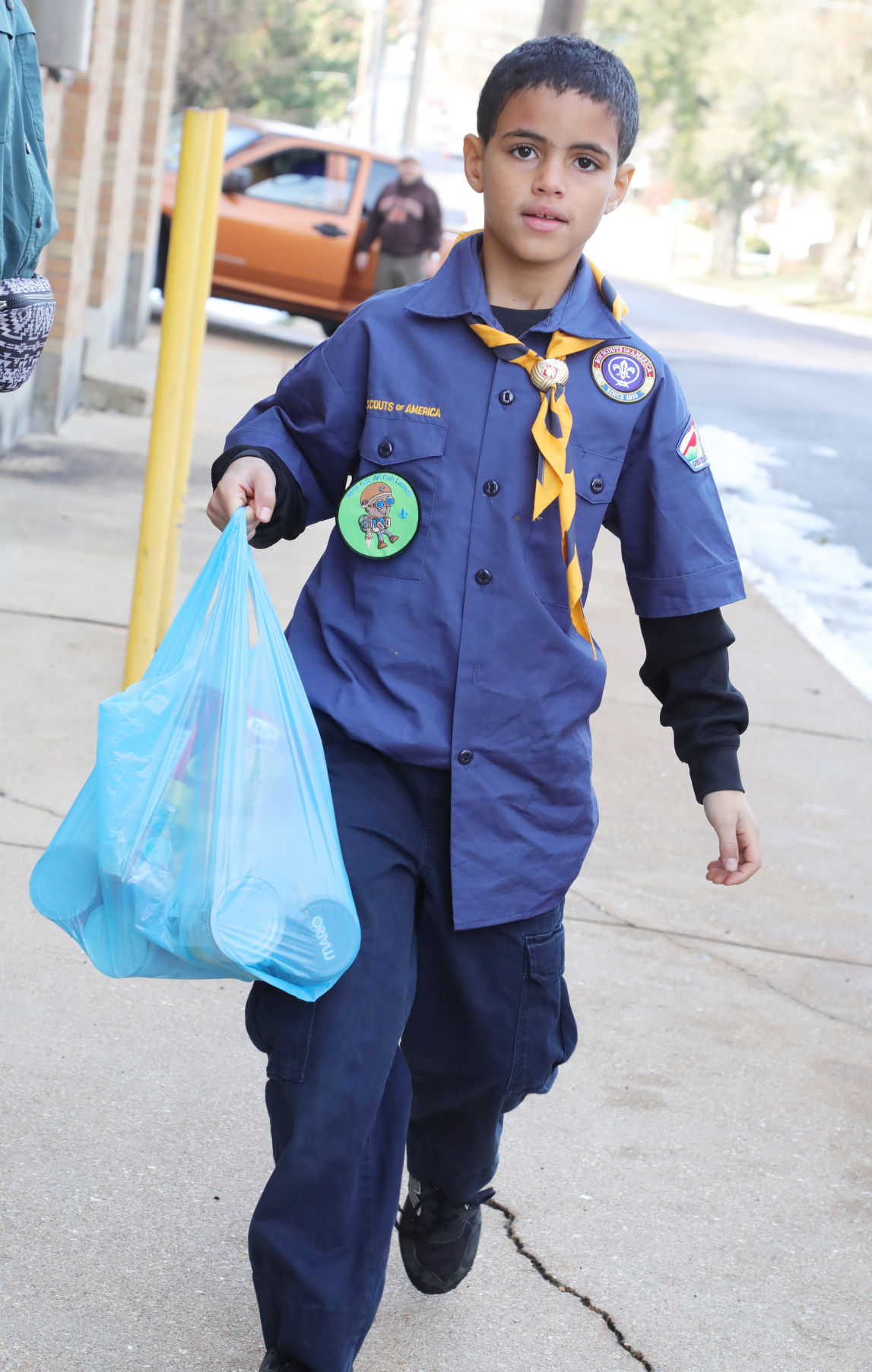 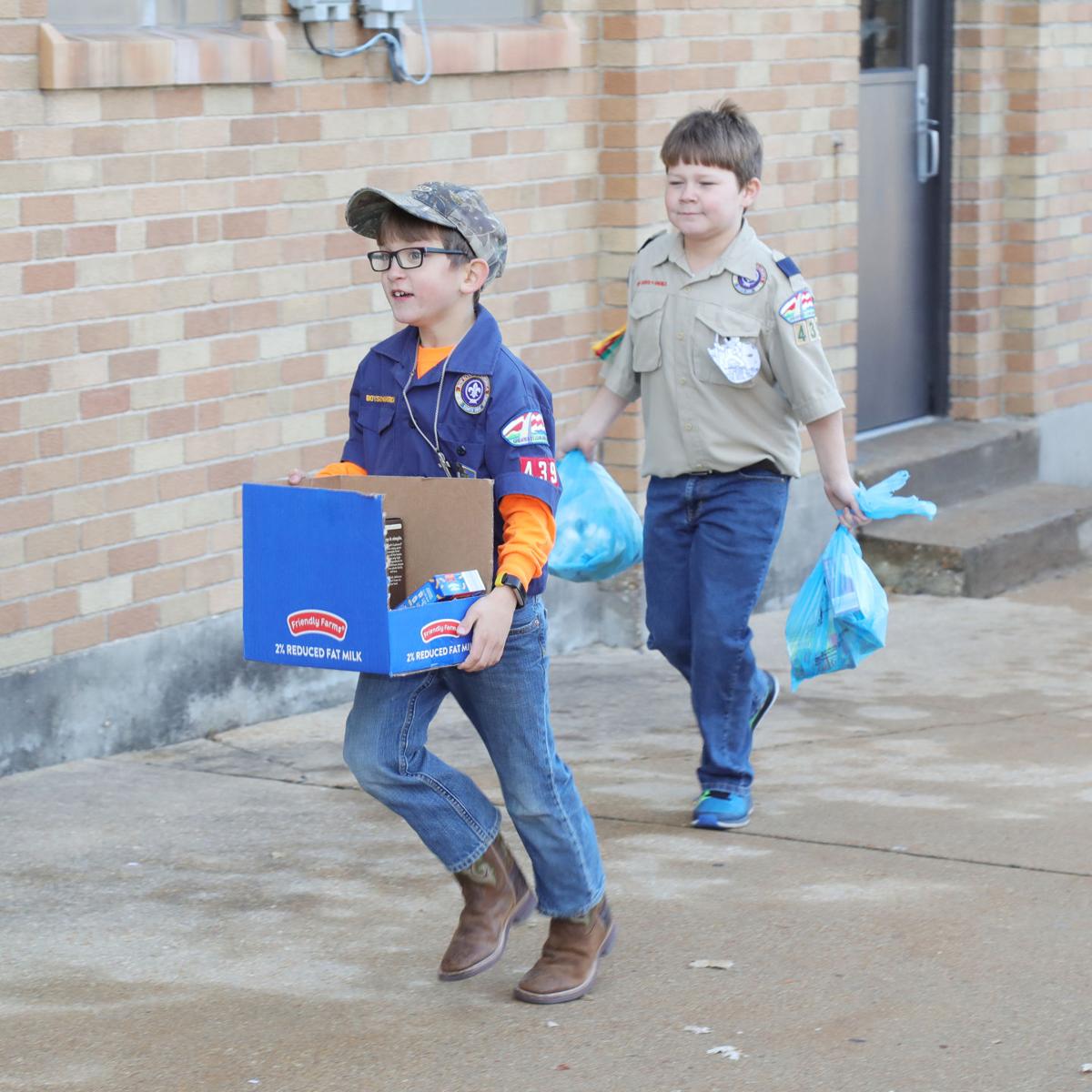 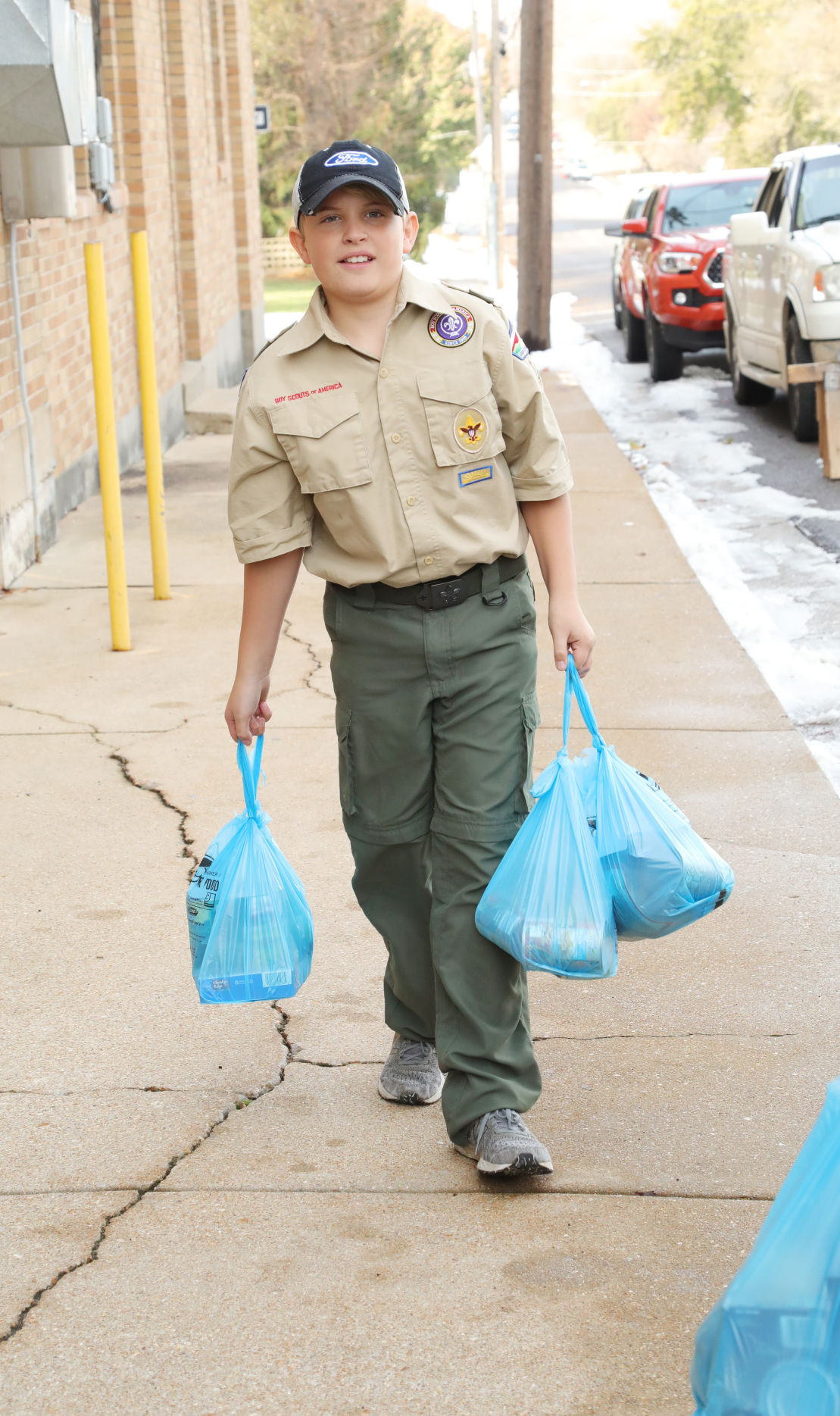 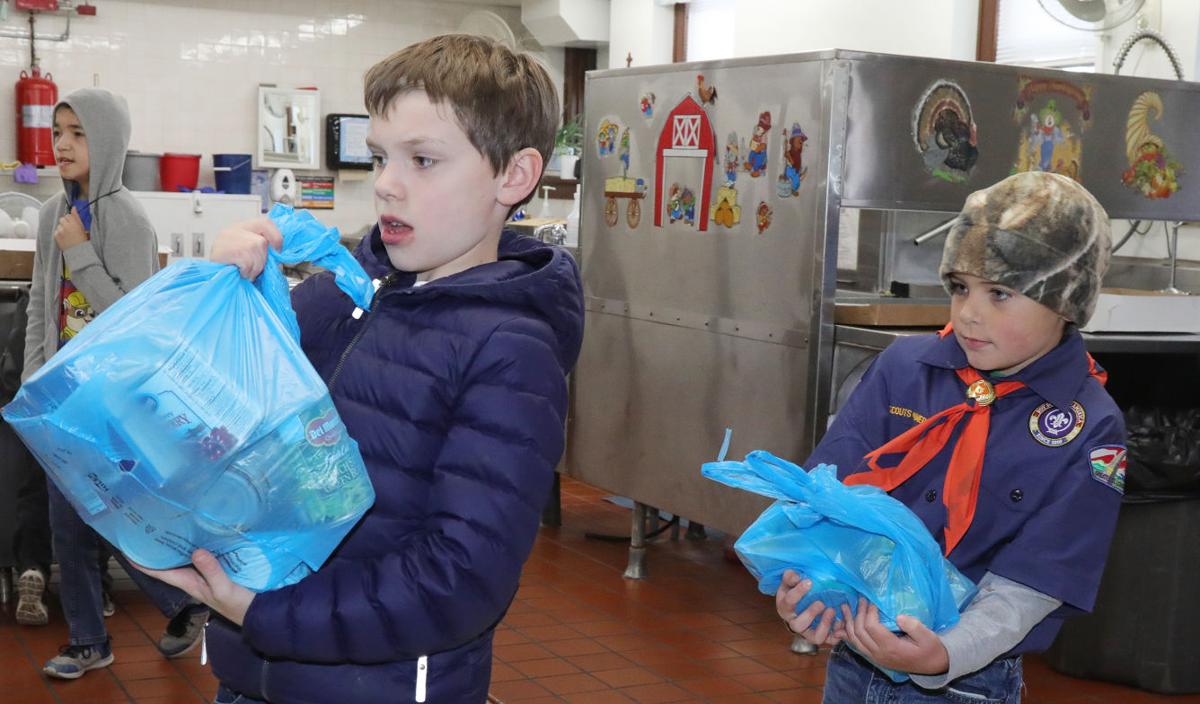 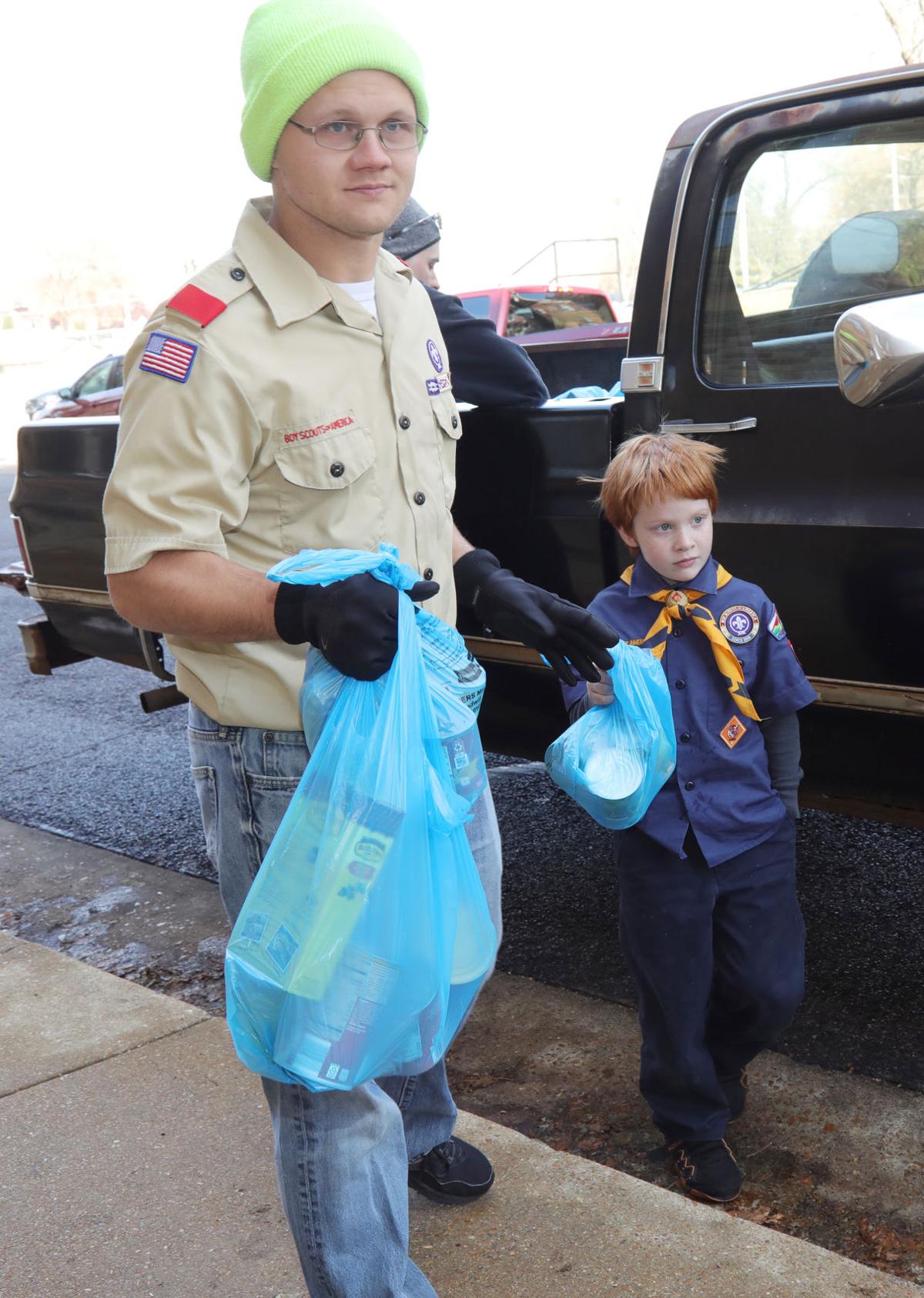 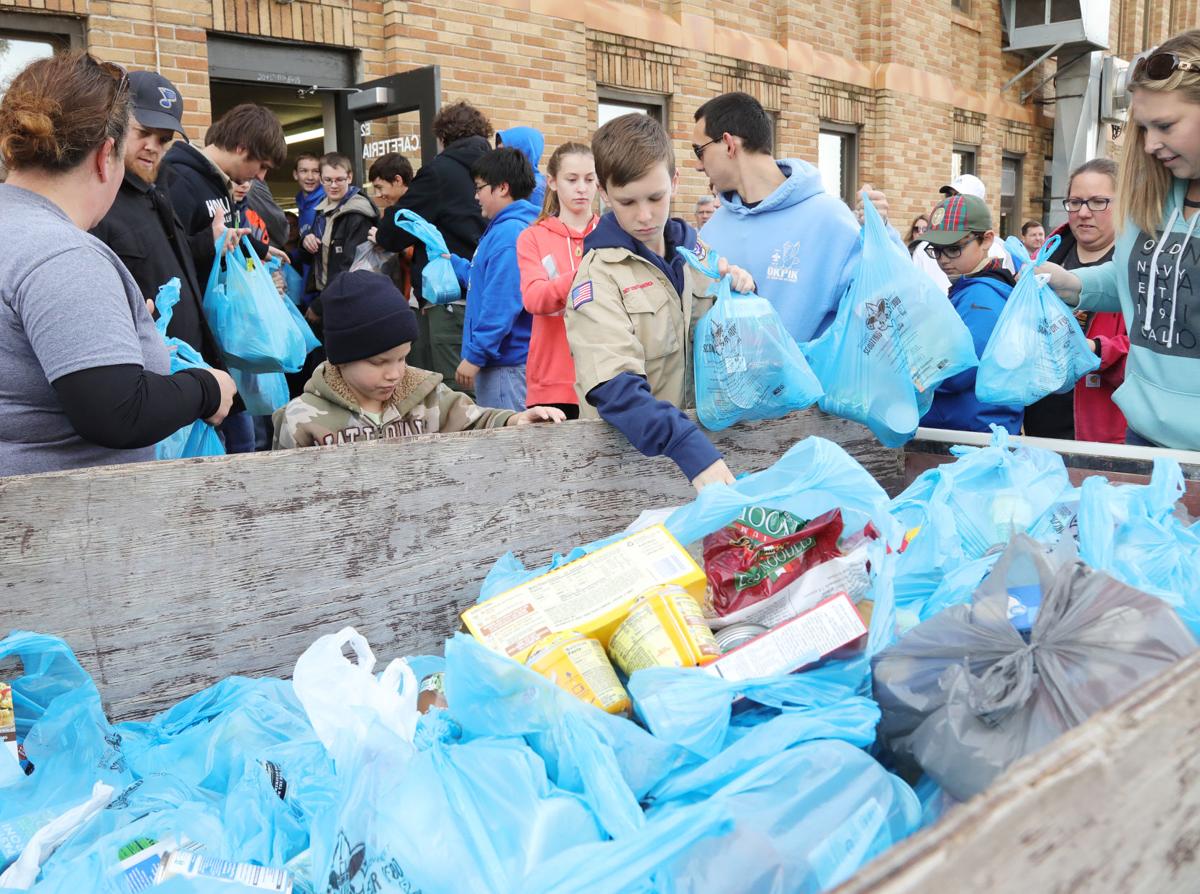 With rising COVID-19 cases, the popular Boy Scouts Scouting for Food drive was put off two days before it was scheduled to start.

Scouts will not distribute blue bags to thousands of doorknobs as scheduled Saturday, Nov. 14, according to a news release. Nor will they pick the bags filled with nonperishable food items to take to local food pantries the following Saturday, Nov. 21.

“As is always the case, the health and safety of our members, leaders and parents continues to be paramount,” the statement said.  “After careful consideration of the rapidly rising COVID-19 cases, and to ensure alignment with the rapidly changing guidelines from health departments and political leaders, the leadership of the Greater St. Louis Area Council has made the decision to modify our Scouting for Food drive.”

Residents will be able to donate food items at stores that are to be announced. They also can text “SCOUTFOOD” to 91999 to make monetary donations.

“I just found out as well and was extremely surprised, I will let you know more as I find out more,” Ken Etter, Boy Scouts senior district executive for the Osage District, said in an email about the change to supporters.

Last year, 23 area food pantries received some of the donated items, Etter, whose district includes Franklin, Crawford and southern Warren counties, told The Missourian before the cancelation. At the time, Etter expressed confidence this year’s drive will exceed expectations.

“In the past, any time there’s a greater need, people here give more,” Etter said.

Mark Murray, committee member for Boy Scout Troop 812 in Union, said there is a lot more demand at the food pantries right now.

“With everything that is going on, they are going through their resources faster,” he said.

In 2019, the Scouting for Food drive collected nearly 66,000 food items in the Osage District. According to The Missourian’s archives, that was an increase of 5,500 items over 2018. In the Washington area, more than 18,800 items were collected.

Most of the district’s 51 units, which comprise nearly 800 Scouts, were planning to participate in the event.

Before the cancellation, the event already was going through changes because of the COVID-19 pandemic. The sorting of the food and taking it to local food pantries, which Scouts have been involved with in the past, was all to be done by adults to prevent Scouts from congregating.

Scouting For Food 2020 To Utilize Drop Off Locations

The complete list of where you can bring your Scouting For Food donations can be found here.

A chorus of giggles pierces the quiet night that has settled around Cinema 1 Thursday evening. Under the beams of the streetlights, four girls…