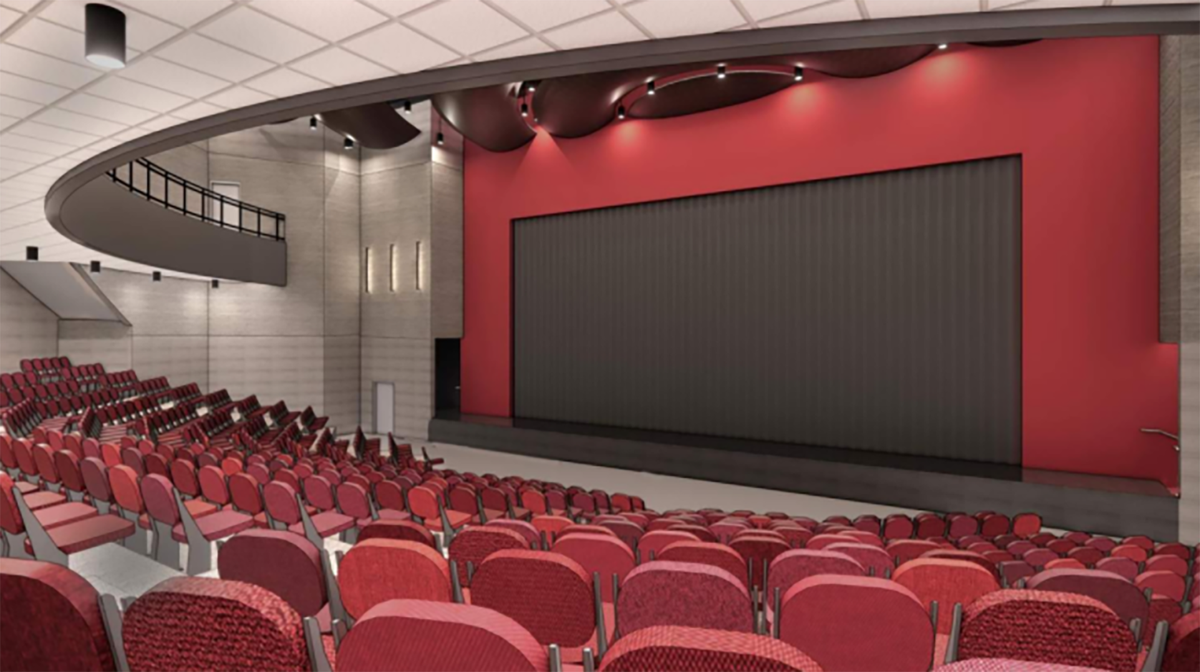 The St. Clair school board made it clear Thursday night that they were not happy with the company designing the performing arts center, the design of which has been on pause since June.

“I’ve been around a lot of building projects,” board president David Berkel said during the meeting. “Normally the architect wants to work with the organization and try to get within the budget, get as close as they can, and you guys haven’t even done that.”

St. Clair first reached out to FGM Architects, which has offices in Oak Brook, Illinois; Chicago; O’Fallon; St. Louis; Milwaukee; and Austin, Texas, about building a new auditorium, which would double as a performing arts center, as well as other projects, in 2017. It was in preparation for the approval of a nearly $13 million no-tax bond issuance. When nearly two-thirds of municipal voters approved the issue in June 2019, the firm got to work designing and developing the project, which included the renovations of a few classrooms adjacent to where the auditorium would be built.

The estimated total for the auditorium and site improvements added up to $9.38 million. The estimate included redesigning the parking lot and driveway, retractable seating for 600 to 800 people and renovations to a few classrooms adjacent to the proposed project. Band and choir concerts would take place in the building, as would drama performances, and the space could be used for cheer or wrestling practice.

According to Kevin Meyer, managing director of the project for FGMA, several discussions occurred in the spring of 2020 between board members and FGMA during the drawing phase of the project about certain features and whether they would be feasible with the budget. After the meeting, Dr. Kyle Kruse, superintendent for the district, called the changes to the addition “unpalatable.”

On April 28, FGMA presented nearly finalized renderings of all the projects, including the auditorium, to the board. The ticket price, however, continued to be out of budget.

“On April 28, when he presented us the presentation with the beautiful photos, beautiful renderings of the inside of the auditorium, we never said the budget got bigger. So why did we get a $16 million presentation?” Kruse asked Meyer Thursday night.

“Yeah, in hindsight, we all should have just stopped at schematic design and said ‘stop.’ But now, that’s where we’re at,” Meyer said.

Kruse said discussions started between the district and FGMA on some changes that would bring the project within budget, including removing the mezzanine level, but the firm later said there would be additional services fees applied for the redesign, totaling approximately $200,000. This didn’t sit right with the board, which resulted in a pause on the project.

“We have two issues,” Kruse said. “When you knew it was out of the budget and we hadn’t approved any changes to get back in budget, you should have stopped drawing. The second issue is we already started reducing the scope, and there was no proposition of additional fees. And then nine days later, you’re asking for additional fees, and I’m not interested.”

The $200,000 estimate was not a hard number, Meyer said in the meeting, though he feels by rejecting all the changes, the school directed the firm to continue designing the project even though it was out of scope.

Meyer will share the discussions from Thursday night with his company and report back to the school board sometime before the next meeting, Oct. 14, according to Kruse. When asked after the meeting if he thinks the number will come down, Kruse said he hoped that was the case and that the two entities can move forward with better communication.

At the meeting, the board also discussed other bond issue projects like secure vestibules on buildings and the track and grandstand, both of which should be finished by St. Clair’s first home game, taking place next week against rival Sullivan. The board will also be looking into upgrading the kitchens in some of its buildings.