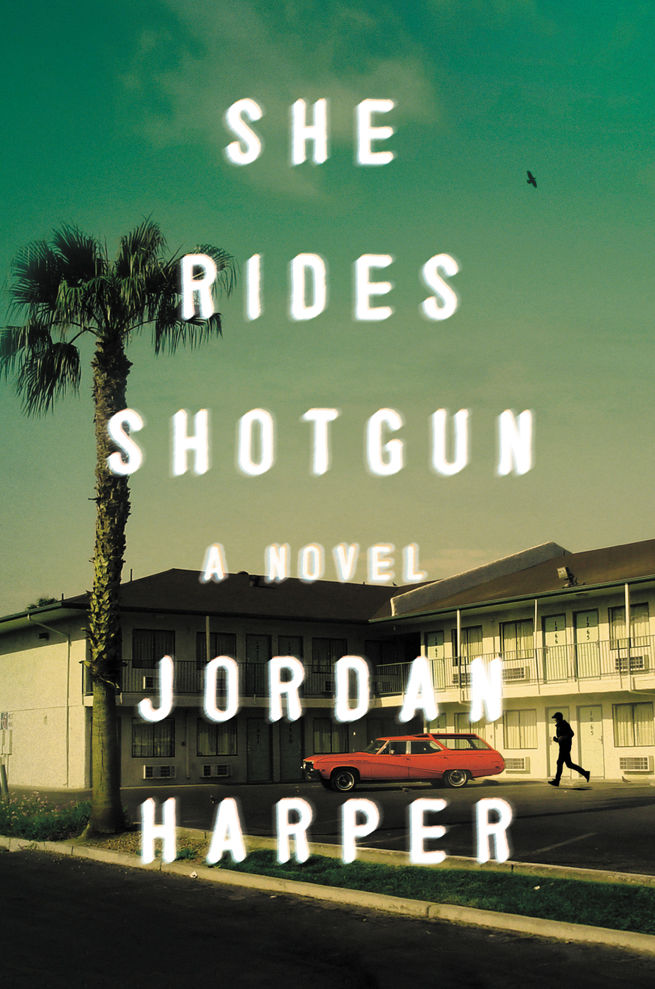 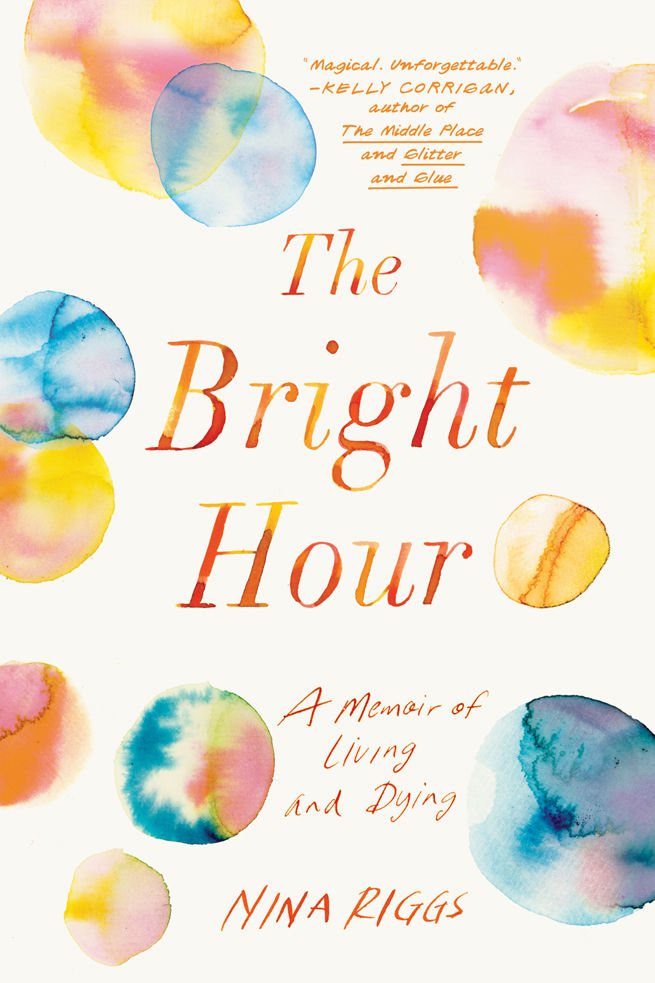 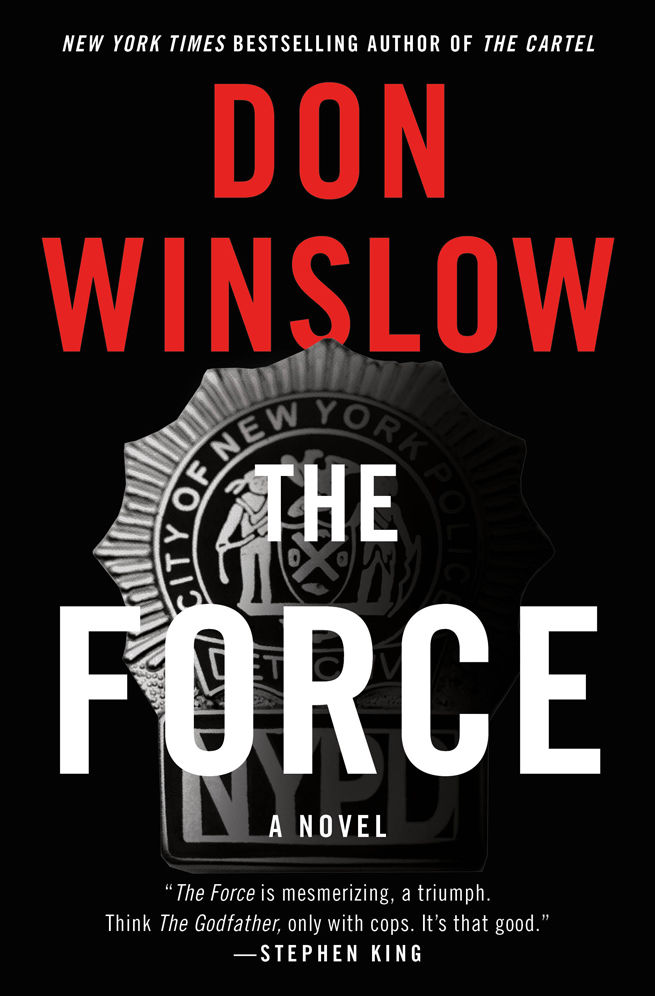 Gritty and pulse-pounding, “She Rides Shotgun” is a thrill-a-minute read by first-time novelist Jordan Harper, who was born and raised in Missouri and currently lives in Los Angeles. This debut is gutsy, like grab-you-by-the-throat thrillers by Tom Franklin, Wiley Cash and Ron Rash.

In his story, Harper effectively pairs just-released con Nate McClusky with his 11-year-old daughter, Polly, a wily duo who take down drug lords, a couple of crooked cops and gangs whose very names spell trouble, Aryan Steel, Peckerwood Nation, The Nazi Dope Boys, among others.

When McClusky kills an Aryan Steel gang member serving prison time, it not only marks McClusky as dead meat but also his former wife and Polly. With the prison crime unsolved, Nate is released, and frantically tries to get to his ex-wife and child before they’re done in.

Nate is too late to save his wife, but rescues Polly, turning up at her school to whisk her away, a daughter he hasn’t seen in years. Her gut tells her not to go with him, but she follows her father to his beat-up car, her stuffed bear in her arms, a security blanket for a girl who hasn’t had an easy time of it and is “playground prey” for classmates.

So begins Nate and Polly’s cross-country crime spree set to bring the Aryan Steel gang to its knees. Nate’s primary goal is protecting his daughter, and as he metes out his revenge, the bond between he and Polly grows ever stronger.

Action packed, and briskly paced, “She Rides Shotgun” shines because of a bad guy hero with a pure heart and a gutsy girl who becomes his protégé, Bonnie and Clyde style. Tension mounts as the final scenes play out. You’ll read this one quickly and then be sorry it’s over.

In January, poet and author Nina Riggs finished “The Bright Hour,” the heartbreakingly honest tale of her ordeal with cancer, an aggressive strain that started in her breast. In March, Riggs succumbed to the disease at 38, a mere two years after losing her mother to cancer. Tragically, Riggs found out her cancer had metastasized while her mother was undergoing treatment.

“The Bright Hour” is compelling, thought provoking, and certain to elicit empathy in those of us who speed through our days taking our good health for granted. Riggs walks readers through the emotional roller coaster of her illness from believing her breast cancer wasn’t a big deal because it was caught early to learning after chemo and radiation that the horrific pain in her back was caused from a tumor, and not from a slipped disc.

The mother of two young boys, Riggs greatest concern was leaving her sons and husband, and she writes of this and her other struggles with end of life issues in a beautifully crafted book that balances her journey to acceptance with everyday happenings in her life. Though cancer robbed her, it also made small moments dear, and brought Riggs clarity and wisdom.

When her mother was diagnosed as terminal, she told Riggs, “Dying isn’t the end of the world.” Riggs convinces readers this is true, as she takes us along on her journey — no details left to the imagination, from losing her hair to coping with only having one breast, to wondering how to tell her children, to doctor’s visits and working through grief over losing her mother.

Interspersed with grim, and at times graphic scenarios, her family copes, has fun on good days, and takes their cue from Riggs who meets her declining health with courage and humor. “The Bright Hour” belongs on the shelf next to another touching memoir about coping with cancer, “When Death Becomes Air.”

Don Winslow, a popular and prolific author, focuses his new novel, “The Force,” on an elite Task Force of cops in New York City, family men with good hearts who love the city and are proud to serve. At the helm of “Da Force” is Denny Malone, a “hero cop” whose father was a policeman before him, and whose fireman brother died in 9-11. No one knows that Malone is on the take.

The transformation is gradual, begins with small favors and payoffs, before morphing into a violent drug bust that kicks off this crime story with an adrenalin rush. The bust costs one of Malone’s officers his life, and ends with Malone killing a longtime rival in a crooked deal that nets the officers a fortune.

The heroin they secretly confiscate and hideaway will eventually be sold, the drugs going back onto the streets, the money from the deal filling the officers’ coffers, cash that will supplant their annual incomes, providing extras for their wives and college educations for their kids.

The premise of this atmospheric thriller is riveting and Winslow is quite the storyteller, creating a character in Denny Malone that simultaneously elicits admiration and distaste. Malone, a study in contrasts, responsible for putting heroin back on the streets, yet he does all he can to keep his African-American girlfriend off the needle. He kills ruthlessly yet stands up for underdogs and children.

Loyalty to his fellow officers is paramount in guilt-ridden and anxiety-prone Malone. When he’s caught like a rat in a trap, only a threat to his family’s future and livelihood cause the flawed officer to cave.

There’s plenty to keep readers glued to the page in this police procedural that combines action with side stories about Malone, his family, and his relationship with his partners. “The Force” is certain to please Winslow fans that digested his previous book, “The Cartel” in one sitting.

They’ll be happy to know “The Force” will hit the big screen. Also excellent is the audio book narrated by Dion Graham, whose gritty voice casts listeners into the complicated world of a seasoned officer on the take.

Books suggested in Novel Ideas can be checked out at Washington Public Library or purchased at Neighborhood Reads in Downtown Washington.