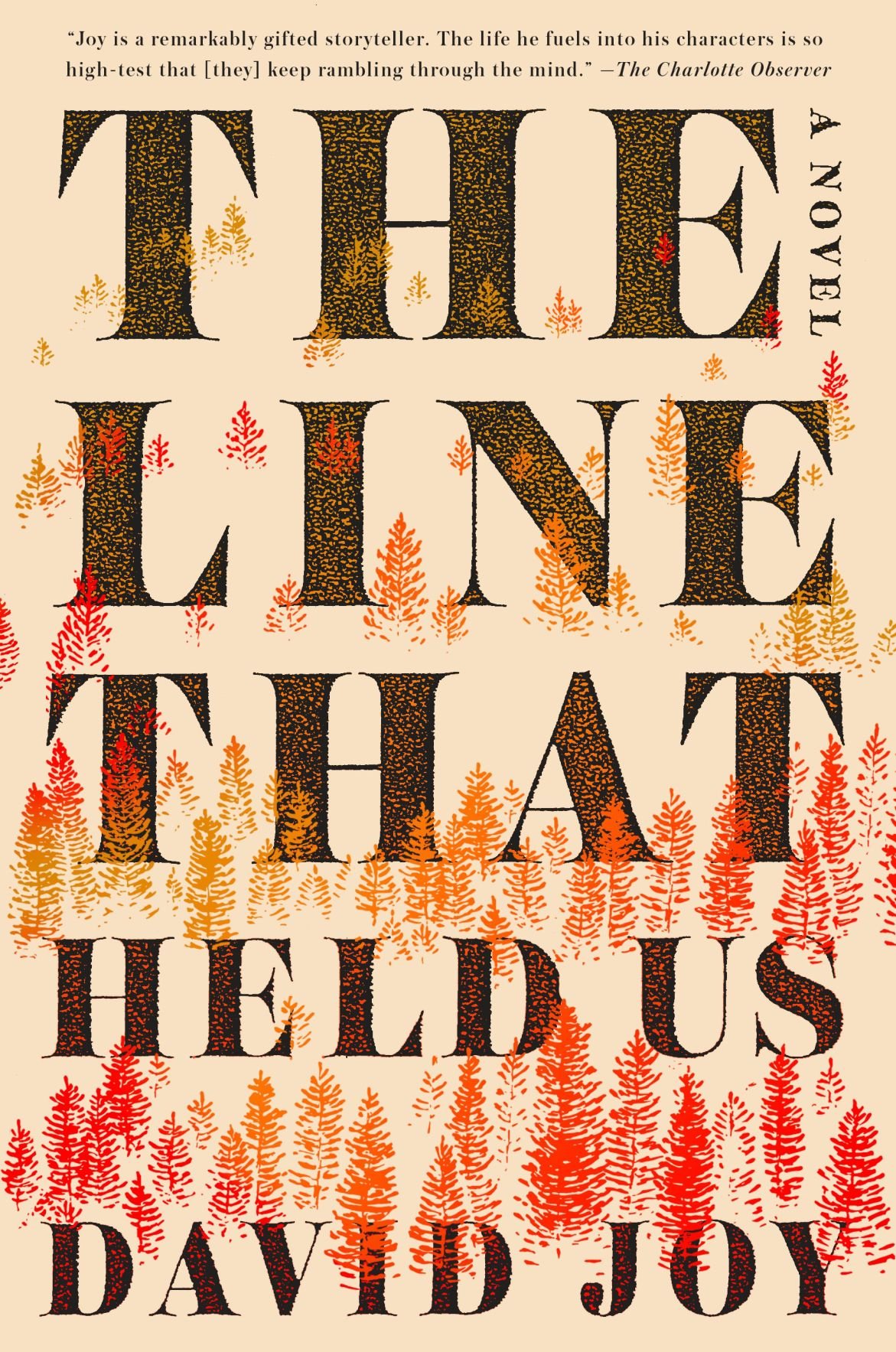 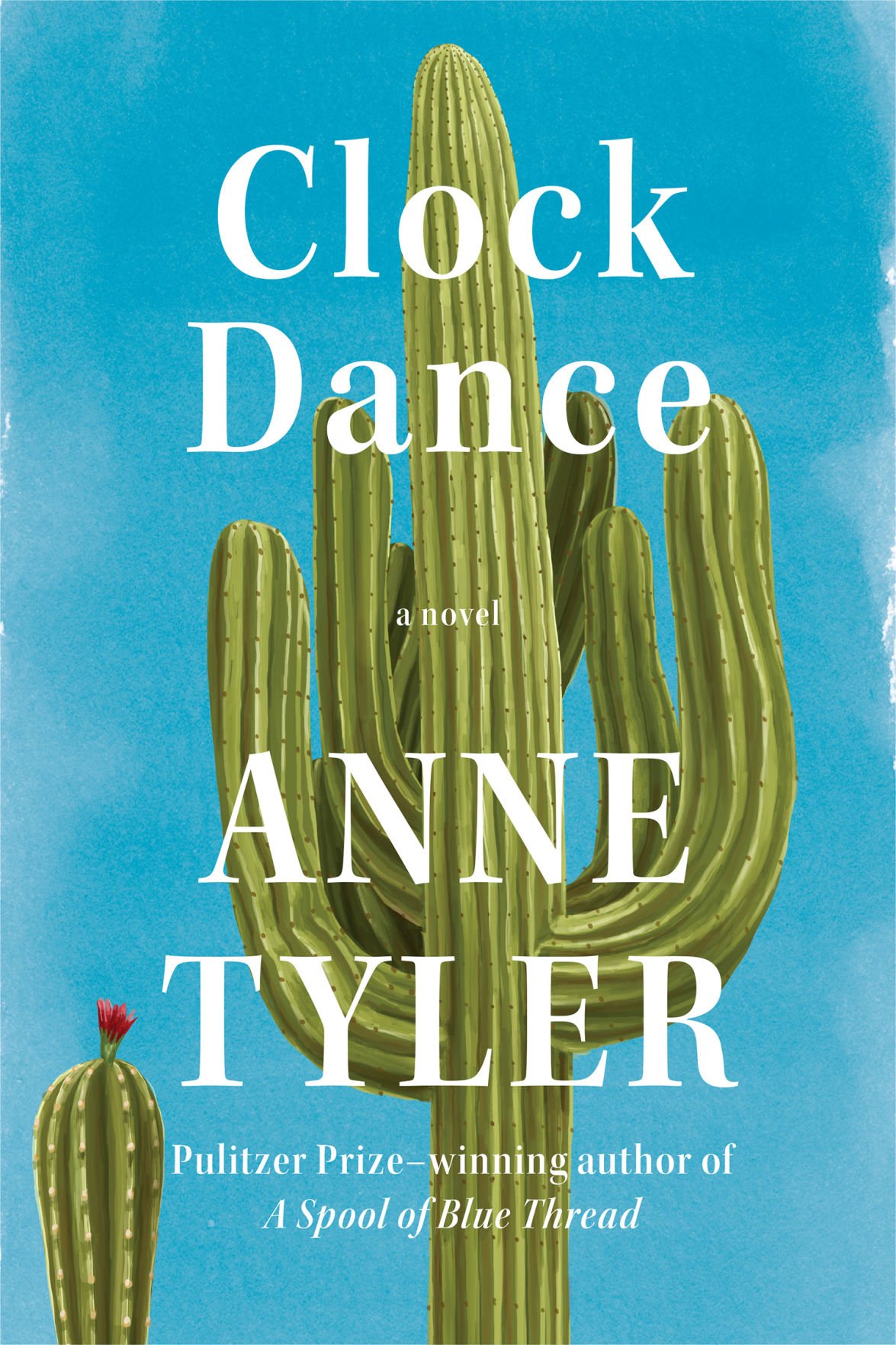 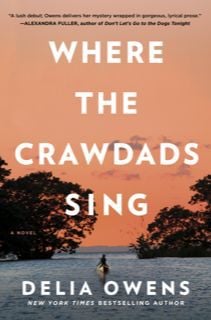 Horror movies send me running, but I relish southern novels with rough characters like those in “The Line That Held Us,” by David Joy. This raw, unpredictable inhale-it-in-one-sitting-read set in Appalachia launches with a tragic accident.

Poaching on someone else’s land, Daryl Moody hopes he’ll cross paths with a buck he’s followed for two years with “a rocking chair on his head and a neck thick as a tree trunk.” Hearing a rustle in the underbrush he fires, bagging a man, not a beast. His victim, Carol “Sissy” Brewer, a “ . . . half-wit born to a family even Jesus Christ couldn’t save.”

Daryl frantically calls on his best buddy Calvin Hooper who doesn’t want to get involved, but caves. The longtime friends are “work-hard, weekend-warrior, get-up-and-go-to church kind of men,” both cast into a no man’s land because of a bad hand that fate has dealt them.

The men have no idea what’s in store for them when “Sissy” Brewer’s nutcase of a brother Dwayne discovers why his brother hasn’t come home, a brother he has cared for all of his life who’s as dear to him as Hooper’s live-in girlfriend.

As Dwayne plans his revenge, he becomes more unhinged by the minute, the pace of the thriller jettisoning toward a conclusion that will leave readers breathless and a bit surprised.

If you can stomach “The Line That Held Us,” you’ll come away satisfied, having been in the hands of a gifted storyteller who raises plausible questions about love and circumstance.

Anne Tyler’s “Clock Dance” is subtlety arresting, a character-driven novel that unfolds at a leisurely pace telling Willa Drake’s story as a girl in 1967; a college age, young-married in 1977; a disillusioned wife in 1997; and as an active but aging woman in 2017, a section that comprises the lion’s share of the book.

Throughout her life, Willa slides along like a silver orb in a pinball machine, batted this way and that by others who take advantage of this mild-mannered peacemaker.

As a child, Willa has an attractive but mean-spirited mother who has frequent “flare ups,” leaving Willa and her little sister in the care of their father, a man his wife dubs Saint Melvin, a high school shop teacher who caters to her whims like a willow bending in the wind.

Willa is the good girl in the family, only bucking her parents when she agrees to marry Derek MacIntyre — a terrifying incident on a plane a glaring example of his toxicity. When something happens to Derek, we root for Willa to find happiness with a man who cherishes her because her adult sons aren’t available to her; no one really is.

For all of these reasons, it’s easy to understand why Willa latches onto a complete stranger in a crisis, a woman one of her sons used to live with — growing close to the woman’s child too. Willa longs for connections, to have her emotional needs for love and intimacy fulfilled.

In “Clock Dance” Tyler brilliantly extracts our deep feelings for Willa, a pleasant character sure to remind readers of someone they know, perhaps even themselves. There’s much to discuss in this moving novel, making it an excellent choice for book groups.

The townspeople of Barkley Cove, on the coast of North Carolina, don’t think much of folks who live in the swamplands, trash like the “Marsh Girl.” Alone and lonely, Kya Clark finds peace in nature that surrounds the shack where she ekes out a living, from childhood onward, in a locale where “The palmetto patches stood unusually quiet except for the low, slow flap of the heron’s wings lifting from the lagoon.”

Author Delia Owens sets her atmospheric and engrossing novel “Where the Crawdads Sing” in the 1950s with alternating chapters culminating in 1969, when a man’s twisted body is found at the foot of a nearby fire tower.

Any of a number of people could have pushed Chase, a handsome skirt chaser. Though he was married, he dogged Kya, who initially trusted him, as she did Tate, a far kinder soul, a lost love she continues to grieve.

All her life, people shunned Kya. As a girl, she weathered an abusive home, her father injured in World War II seeking solace in a bottle and taking his rage out on his wife, who walked off one day. Kya’s siblings soon follow leaving her to fend for herself after her father deserts her.

Owens creates an admirable character in the Marsh Girl, and readers will be empathic to the child as she teaches herself to cook and fish, to support herself in any way she can, avoiding those who want to put her in the state’s care.

The novel concludes with a courtroom trial beset with prejudice, the townspeople judgmental and cruel, convinced that the Marsh Girl is guilty of Chase’s murder. A bit sluggish and predictable in spots, “Where the Crawdads Sing” redeems itself with a twist at the end.

Books suggested in “Novel Ideas” are available at Washington Public Library and can be purchased at Neighborhood Reads in Downtown Washington.