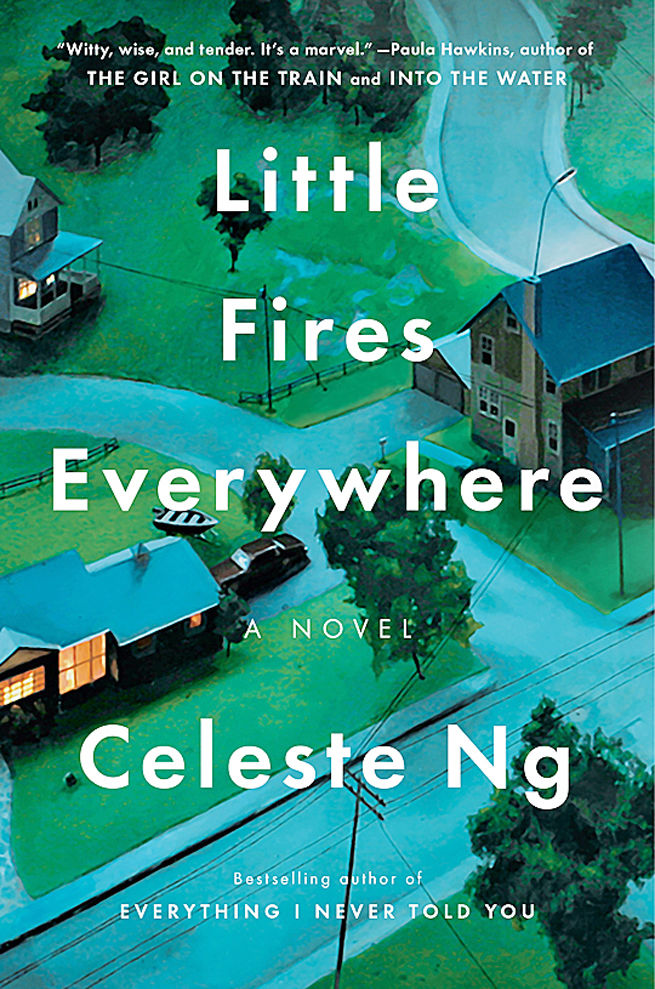 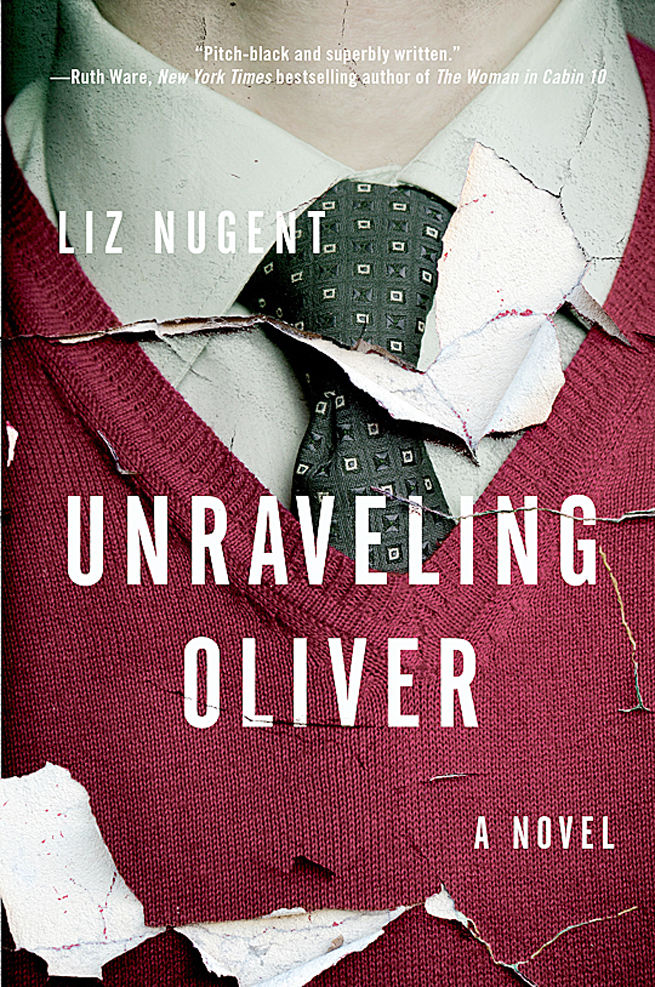 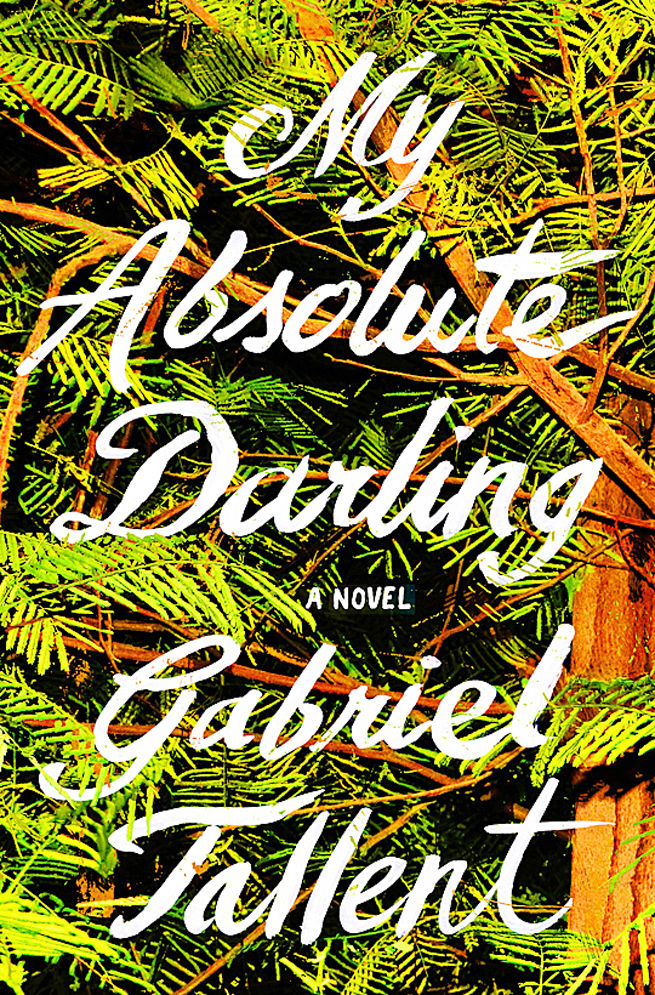 The story of two mothers, remotely different from one another, but connected by their children, make “Little Fires Everywhere” an immersive and thought-provoking story. Celeste Ng’s new book draws you in as you try to understand where the novelist is taking you.

Hang on and prepare to be mesmerized as you meet two families in idyllic Shaker Heights, Ohio. The community is shaken to its core when the affluent Richardsons come home to find their handsome home in flames, in a fire that’s been set, little fires lit in each of the teenagers’ rooms.

With that bombshell, Ng works backward stripping bare the Richardsons like layers of an onion, Mr. and Mrs. and their children, Lexie, a senior, Trip, a junior, Moody, a sophomore, and the family’s black-sheep, rebellious “lunatic” Isabel, a freshman. She has disappeared after the fire, and is a suspect, as is the Richardsons’ renter, artistic and mysterious Mia Warren, who has a teenage daughter named Pearl.

Mrs. Richardson finds Mia strange, not a “Stepford-wife-like-fit,” for Shaker Falls. The Warrens don’t have two nickels to rub together, and Mia has to work menial jobs to pay the bills.

Mia and Elena Richardson couldn’t be more different. Elena has a part-time job as a reporter at the community’s newspaper, so she can have more time at home to raise her children, and she expounds energy keeping up appearances. The last person she envies is rolling stone Mia, or is it? Does Elena wish she hadn’t so carefully followed the rules all of her life?

Elena is caring, but conniving, and grows ever more so as Ng reveals her true nature through a series of incidents. By the end of the novel, Elena still doesn’t have the self-knowledge that Mia does — a woman who’s known the heartache of loss that Elena will soon experience.

“Little Fires Everywhere” is sure to attract book clubbers. The tension builds slowly as the families face difficult situations and choices, and Elena delves into Mia’s past. This novel is deserving of all the praise it’s receiving.

From Page 1, readers know that the protagonist in “Unraveling Oliver” is a powder keg, unpredictable and abusive. Oliver Ryan is a pathological liar but he does admit to beating his wife Alice senseless, leaving her comatose, a woman he says is “habitually obedient with just an occasional rebellion.”

Irish author Liz Nugent has penned a debut that’s dark, eerie and smartly crafted, with a variety of characters, each taking a turn telling their story, and relating what they know about Oliver. The chapters whiz by and the tension mounts as the narrative branches out, the characters connected in ways that eventually make sense.

Oliver’s is the first voice we hear, hateful and embittered. A well-known children’s book author, Oliver admits at the onset it’s not the first time he’s hit Alice, uncomplaining, talented Alice, the illustrator of his books — kind Alice who cares for her special needs brother. She’d have done well to stay with Barney, her dull but caring boyfriend, but she banished him for charming, troubled Oliver.

As the characters weigh in, they offer clues about Oliver’s dysfunctional upbringing, his friendship with Michael, a gay man who’s attracted to him, and Michael’s sister Laura, who loved Oliver unconditionally 40 years before, when they both worked at a winery in France.

It’s there that Oliver’s life changes in a tragic event he stages that doesn’t turn out as planned, one that breaks the heart of another, and in the end provides Oliver with his last chance for redemption.

“Unraveling Oliver” is creative and engrossing with a twisted protagonist who’ll make your skin crawl, yet who elicits a modicum of sympathy in the end.

Once I started “My Absolute Darling,” by Gabriel Tallent, I couldn’t stop. It’s a heart-in-your-throat read with scenes so horrific you can’t imagine how an author could come up with them. Compelling and disturbing, Tallent’s debut lauds the beauty of the natural world in descriptive language, and juxtaposes it with a human being beyond cruel, sickening and offensive.

Do I recommend this novel? Yes, if you can stomach the story line — the tale of pubescent Turtle, a 13-year-old being raised by an abusive father after the death of her mother, a woman she barely recalls, whose death isn’t talked about, her passing a mystery.

Set in the wild, forested outskirts of Mendocino, Calif., in a hovel of a cabin, Turtle strives to survive mistreatment at the hands of her survivalist father, an unpredictable alcoholic who swings between lavishing her with praise and ripping her to shreds physically, emotionally and sexually.

It’s not a pretty story, yet it’s addictive because you have to find out if Turtle survives — you pull for this child who’s strong and whip-smart, but whose self-hatred bubbles to the surface as she berates herself for loving her father, and spews hatred with vitriol, her language and thoughts mirroring what she lives with, day in and day out.

Turtle dishes out what she receives to a kind teacher who tries to help her, and to classmates attempting to befriend her — but a crack in her tough veneer appears when she meets Jacob, a boy from school. Gradually, Turtle envisions a change, escaping, yet how can she stand up to her father, how can she leave him when she knows how much he loves her.

The push-pull, kindness-cruelty from her father is confusing to Turtle, her cross to bear. You’ll root for her to survive, this little girl with so many admirable traits, a strong young woman you find yourself almost talking to, urging her to summon the courage, to persevere against daunting odds. Turtle is a character you’ll not soon forget, and “My Absolute Darling” is a daunting debut for Tallent.

Books suggested in “Novel Ideas” can be checked out at Washington Public Library or purchased at Neighborhood Reads Bookstore in Downtown Washington.