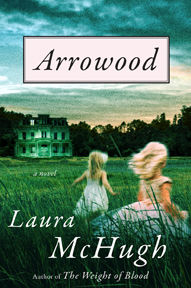 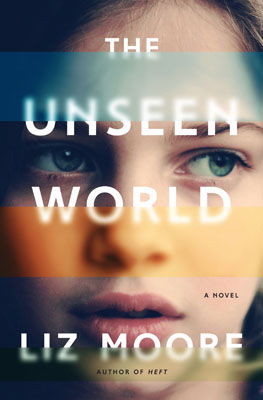 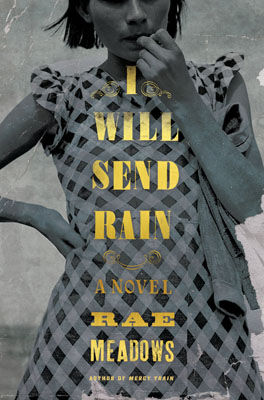 It’s the story of a woman haunted by the unexplained disappearance of her twin sisters, a tragedy that rocked Arden Arrowood’s life. She was 8 at the time, and was supposed to be taking care of little Violet and Tabitha. Their bodies were never found.

The trauma of the incident returns full force when Arden’s father dies, and the 25-year-old receives notice that Arrowood, the family’s ancestral home, has been bequeathed to her. Arden returns to Keokuk, Iowa, where she was raised, to lay claim to the multi-storied house built on the Mississippi River Bluffs by her great-great-grandfather, a home her family left soon after the twins were taken.

Returning to Keokuk is bittersweet for Arden — an old boyfriend is still there, as is his mother, who was a friend of her mom’s, but perhaps closer to her father. Memories of a kiss they shared, one her dad blamed on mistletoe at Christmas, nags at her, as the mystery surrounding the dysfunction in her family raises its ugly head.

Arrowood, too, creaks and moans, prompting unease in Arden — the man who supposedly kidnapped her sisters may still be at large. Will he come for Arden?

The twins’ cold case draws the interest of Josh Kyle, who’s doing research on unsolved murders for Midwest Mysteries, his website. He contacts Arden because he’s working on a book. As Josh and Arden struggle to uncover secrets as to what actually happened 17 years ago, unseemly characters pop up out of the woodwork, leaving readers to wonder who-dun-it.

Enough hints are dropped that the end doesn’t come as a complete surprise, but “Arrowood” remains an entertaining mystery, well written with believable characters and a strong sense of place. It’s another success story for McHugh, who’s making quite a name for herself.

“The Unseen World” by Liz Moore opens with the riveting and heartbreaking account of a computer science director’s dementia, one his 12-year-old daughter witnesses, the pair attempting to adapt to an ever-worsening situation.

In 1980’s Boston, David Sibelius oversees a group of scientists at the Steiner Lab. Ironically, as Sibelius loses his capacity for words, ELIXIR flourishes in its ability to “simulate language.”

Ada’s devoted to her father, the only parent she’s known, her birth made possible by a surrogate mother. David is eccentric, and as Alzheimer’s advances, his behavior becomes bizarre and he loses his ability to parent, and to lead the scientists, who gradually grow wise to his disease, though Ada tries to cover up for him.

All her life, Ada has been her father’s protégé. With his illness she assumes increasing responsibility for her father’s care, a tough job for a girl so young, albeit one as gifted as her father. When David disappears to who-knows-where for days, Ada comes under the care of his colleague Liston, a lifelong woman-friend with several children. It’s Liston who forces David and Ada out of denial, setting the stage for a shift in the narrative. David is institutionalized and Ada moves in with Liston, who becomes her guardian.

Previously homeschooled, Ada begins to attend a Catholic school, develop a relationship with Liston’s sons, and form peer friendships. She’s devout in her visits to David but as he slips further into dementia, Ada forgoes seeing him. An incident causes her to mistrust Liston, and questions surface about David being the person she believed him to be. With his condition growing more grave it’s impossible for Ada to get answers from him.

Hints are dropped as the novel jumps ahead to 2009, to San Francisco, where Ada works at a tech company, and continues to wonder about a disk with information in a code that her father gave her at the end of his life.

Shifting back and forth in time the author keeps readers wondering what Ada’s father is trying to tell her from beyond the grave. “The Unseen World” is a sensitive book that rewards readers with an unexpected conclusion.

Okies eeking out a living during the Dust Bowl provide an oppressive setting for a novel that will snare readers from the first page. “I Will Send Rain,” by Rae Meadows, begs to be read in one sitting, which I did, turning pages past midnight — it’s a simply told tale, but one chocked full of emotion.

The novel is an intimate study of families enduring sand storms, relentless drought and heat, crops withering, livestock affected as much as humans, on “land as flat as a razor in every direction . . . ” Some families give up on their homesteads near Mulehead, leaving swirling dust for California’s verdant land of milk and honey.

The Bell family suffers — parents Annie and Samuel grow distant, Annie’s joy extinguished after the death of a young daughter a decade before. The couple can’t talk about anything, least of all their loss. They have two other children, a daughter Birdie, who turns 16 in the book, and Fred, a boy with lung disease made worse by the “dusters,” a child of 8 who’s never spoken.

Each of the Bells finds solace and escape in ways that prove dangerous to each other, and to themselves. Birdie falls for Cy Mack, a neighboring farm boy, while her mother’s passion is awakened in the arms of someone other than her husband. Secrets swirl around Mulehead like the dust that brings clouds of muck, but not more than a few drops of rain.

Samuel depends on religion to help him, turning to his Bible, but becoming radical in his beliefs — taking on a project others think is a pipe dream, including Annie. (His project is so farfetched it demands readers’ patience, a weak section you must plow through.)

Gentle little Fred, “knock-kneed and pallid,” finds comfort in caring for the chickens, and skirting out of work to explore the land, much to his mother’s dismay, and concern for his health.

The unrest the Bell family undergoes reflects an environment under siege — the personal change they each desire, not the tragedy that ensues. This novel leaves readers wondering how homesteaders possibly managed to survive. “I Will Send Rain” is an eye-opener.