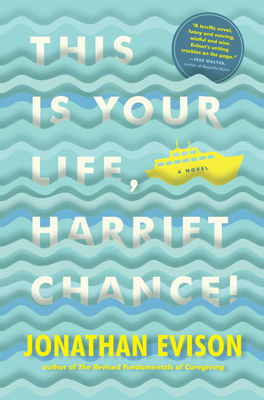 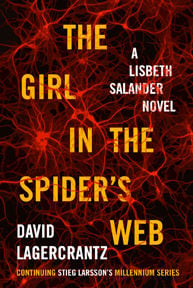 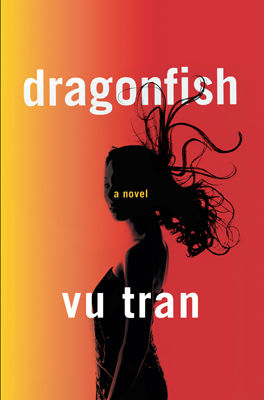 It’s a thrill to happen upon a treasure of a book. This month, I’m pleased to share my favorite find, “This Is Your Life, Harriet Chance!” by Jonathan Evison, a novel that has it all, humor and pathos, and a main character named Harriet who’ll wend her way into your heart.

Evison introduces us to Harriet on the day she’s born, “Harriet at Zero,” and then reveals her story at various stages of her life, skipping back and forth in no chronological order. It’s a creative way of constructing the book, and it works beautifully.

After an opening chapter with infant Harriet, we revisit her decades later at 78, following the death of her husband Bernard. A compliant wife of 55 years, Harriet has been under Bernard’s thumb, but since he’s died she has visions of seeing him and of him speaking to her.

In death, Bernard is a totally different man. He now appreciates Harriet. Bernard struggles to make things right with his wife, much to the dismay of the celestial higher-ups who plot what’s next for him in the hereafter, warning him not to take matters into his own hands, or he’ll mess up eternity for himself.

There are more surprises in store for Harriet when she receives a call that prior to his death Bernard won an Alaskan cruise. Does she want to claim his prize? Though her adult son and daughter think that’s a terrible idea, fearing that their mother is teetering on the edge of dementia, Harriet decides to go for it and enlists a friend to join her on the jaunt. When the friend backs out, Harriet’s daughter ends up surprising her by going along. On the cruise, secrets are revealed, family bonds are stretched into taunt strings of tension and Harriet is forced to face truths she’s never fathomed.

You’ll root for Harriet, embrace her and empathize with her, a sinewy tough, but sweet natured heroine, if ever there was one. She’s a character you’ll not soon forget in a novel that’s charming from beginning to end.

Stieg Larsson’s Millenium Series is in good hands with David Lagercrantz, author of “The Girl in the Spider’s Web, a Lisbeth Salander Novel.” Swedish author Larsson died suddenly of a heart attack in November 2004 just months after submitting to his publisher the manuscripts that would become the best-selling Millenium Series — “The Girl With the Dragon Tatoo,” “The Girl Who Played With Fire” and “The Girl Who Kicked the Hornet’s Nest.”

Lagercrantz, a Swedish journalist and author who signed a contract with Larrson’s publisher to write this fourth book in the series, has said he believes fans of Larsson’s novels will feel at home with “Spider’s Web,” and he’s right. The settings and characters we love — Blomkvist, Salander, Berger — all feel familiar.

This story opens in Sweden with Frans Balder, a genius of computer programming and leading authority on research in AI, artificial intelligence, who is suddenly taking custody of his autistic 8-year-old son.

Balder’s life is in turmoil. He created a computer game with an AI function that went on to become wildly popular, but for another company. Balder’s system was hacked and his technology stolen from him.

The Swedish authorities investigated, but it didn’t go far. Now one of Balder’s former assistants, Linus Brandell, has contacted star journalist Mikael Blomkvist hoping he’ll pick up the threads. Blomkvist isn’t interested until Brandell begins talking about a female super hacker with tatoos and piercings who worked with Balder to undercover the theft. That gets Blomkvist’s attention. Lisbeth Salander has been out of his life for some time, but not by his choice.

Blomkvist begins his investigation and finds that Salander has a connection. When Balder, who has been told his life is in severe danger, calls Blomkvist directly and asks him to come to his house in the middle of the night so he can tell his explosive story, Blomkvist arrives just as a professional hit man is attempting to carry out his assignment.

The search for answers reaches all the way around the world to the U.S. National Security Agency and into Salander’s past. More details about her family history and how she became the super hacker and warrior that she is are revealed.

Balder’s autistic son, a savant who is both highly artistic and mathematically gifted, becomes key to unlocking the whole investigation, but killers are now searching for him too.

The story moves at a fast pace and the hacking details can feel difficult to follow at times, but that never stifles the thrill. Here’s to more books in the series written by Lagercrantz.

With the current immigrant crisis, “Dragonfish,” by Vu Tran, is especially timely. A love story, a thriller, a mystery — this novel is difficult to pigeonhole, as are its characters. It’s a well-written book, the past and present woven together, a complete picture not delivered until the final pages.

At its core “Dragonfish” is the story of Suzy, a “fearless” Vietnamese, a complicated woman marked by emotional scars from her tumultuous history. Years before she meets Robert, her Oakland police officer/husband, she has fled her country in an overcrowded boat with other Vietnamese enduring hunger, fear and death, before finally landing in a camp in Malaysia, where they seek refuge after the fall of Saigon.

Suzy makes her way to the United States, and following one failed relationship, marries Robert. After eight years, their love affair goes sour. The passion they’d had for one another had been intense, but Robert doesn’t understand Suzy’s moodiness and prolonged silences, the way she disappears without explanation, and her total lack of interest in him.

When Suzy and Robert’s toxic marriage ends in violence, Robert finally meting out blows, having been the recipient of Suzy’s temper for far too long, she announces she’s leaving. Suzy disappears, but the mystery of where she’s gone resurfaces in Bob’s life two years later when some Vietnamese thugs accost him in his home. Their boss Sonny, a Las Vegas gambler and crook, wants to know where Suzy is, and he means business.

Bob knows Suzy is in danger and determines to locate her, but his mission plunges him into a web of evil. Meanwhile, readers are left to wonder if Sonny really wants Suzy back because he cares for her, or if he’s bent on recovering something she’s taken from him. This question and many others arise in a book laden with characters that can’t be classified as all good, or all bad. This combined with an engaging plot, make “Dragonfish” highly entertaining and original.

Sorry, there are no recent results for popular articles.