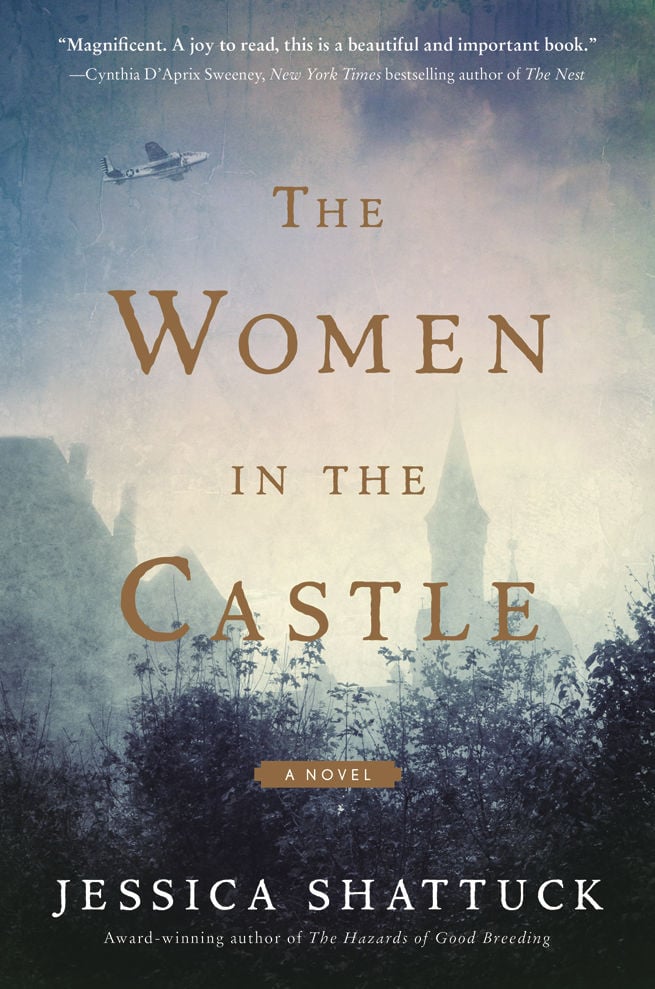 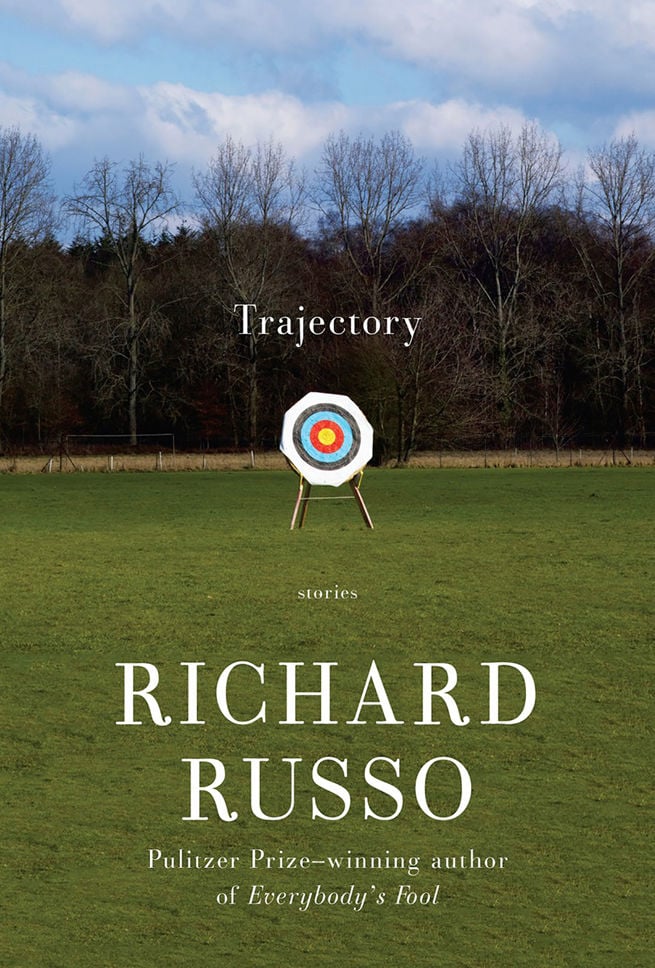 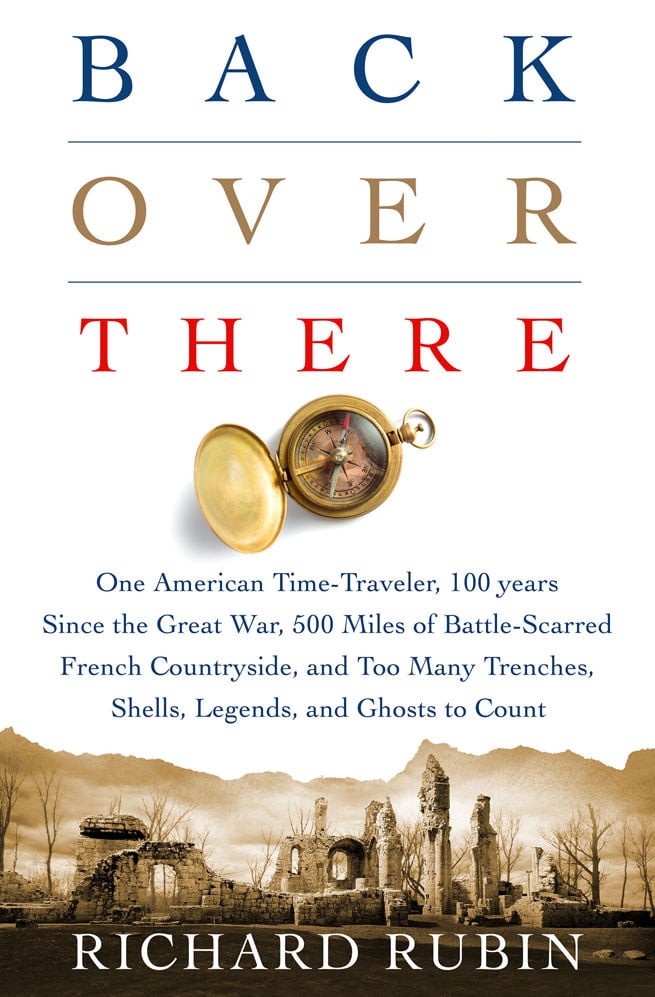 “The Women in the Castle,” by Jessica Shattuck, is the book I’m talking about this spring. This literary, historical fiction read is captivating, as Shattuck moves forward and back in time to relate the story of three German women before and after World War II.

The story opens at a party at Castle von Lingelfels, in 1938, where Marianne von Lingelfels’ husband Albrecht and others make plans to usurp Hitler. Also joining in the resistance is Martin Connie Fledermann, a childhood friend of Marianne’s who has brought along his beautiful, and innocent love Benita. Only 19, Benita has been swept off her feet by the charming Connie.

At the party, Connie asks Marianne to take care of Benita should the resistors’ plans go awry. Marianne keeps her word, rescuing Benita and her son after their husbands are hanged for their anti-Nazi efforts.

The action then shifts to 1945, with Benita and Marianne taking refuge in the castle, where they raise their children and join forces after the war to deal with Russians who overrun Germany.

Another resistor’s wife also resides at the castle, Ania, the widow of a Polish military man who died in a concentration camp. At the castle, the women live simply, raising their children and trying, like their country, to regain some semblance of order, but they haven’t escaped the war unscathed.

Five years later, life is better for the three friends, but trouble erupts when Marianne, always strong and sometimes rigid to a fault, passes judgment on Benita and Ania after she discovers each is harboring a secret that Marianne finds appalling. Does lifelong friendship trump alliance to country and values? This is the question the author of “The Women in the Castle” raises, a book that now claims a hallowed spot on my favorites’ shelf. The audio version, performed by Cassandra Campbell, is equally well done.

Perhaps you’re a Richard Russo fan — have been mesmerized by “Empire Falls,” “Bridge of Sighs” or “Nobody’s Fool,” a few of his epic novels.

If so, check out his new short story collection, “Trajectory,” four tales featuring unique, flawed characters. Russo is a master at Everyman, offering common folks doing their best to get by, the cards often stacked against them.

In “Horseman,” Janet Moore, an English professor with a special needs child, dedicates herself to teaching, leaving her stay-at-home husband to care for their son. When she believes a student in her class has plagiarized an essay, it reawakens a long ago incident with an academic whose analysis of her writing disturbs her.

“Voice” is the strongest story, just under 100 pages, and the crown jewel. It’s set in Venice, where Nate, a retired English professor, and his older brother, Julian, are on a group tour. Russo hooks us by dropping a hint about a situation Nate had with a former student. There are other problems too — the brothers’ relationship has been strained and the reasons come to light as the group visits historical sites. Flashbacks reveal what happened with the student, a heavy part of the story, juxtaposed by the usual foibles of group travel and a love interest Nate pursues.

“Intervention” is simultaneously lighthearted and serious. Ray is a realtor, long married to Paula. An opening scene in which they try to park their car in a too small, two-car garage is relatable and funny. Ray’s not the most successful realtor and as he struggles to make a difficult sale, and deal with cancer, information about his father comes to light.

Russo’s book concludes with “Milton and Marcus,” the tale of a down-on-his-luck screenwriter, and a dilemma that arises with an unfinished script he wrote. Hollywood biggies have picked up the script and hired other writers to finish it. Now the aging writer is caught in the crosshairs —he needs the work because his wife is undergoing treatment for cancer.

This collection is a welcome edition to Russo’s work — if you haven’t delved into the Pulitzer prize-winning author’s books, do yourself a favor and begin.

In “Back Over There,” Richard Rubin observes the 100th anniversary of World War I by traveling along the Western Front in France. Combining travelogue and history, Rubin follows in the footsteps of the American Expeditionary Forces (AEF) and explores the “battle-scarred French countryside.”

This is a fascinating book that brings to life the Great War’s brutal trench warfare its lingering presence in rural France.

Rubin follows the AEF’s movements across France. He consults with locals, historians, and museum volunteers to guide him through the old war zones to places where major and minor events occurred — events such as the last soldier to die in the war or the house where Rommel spent an evening.

Wartime blockhouses, trenches, intricate underground bunkers, wash houses, and massive craters still lay exposed and hidden across the Western Front. You also can find lots of shrapnel. Forests in the Belleau Wood are filled with enough shrapnel and bullets that loggers are still afraid to use their chain saws.

Rubin shifts back and forth between the past and present, which shows how the past lives on in the present, and how the present interprets the past. He applies his own experience stumbling through the clay mud of Northern France to show how soldiers would have struggled with the gooey muck. “The mud of northern France was like a third army, albeit one that harassed the other two equally,” writes Rubin.

Rubin admires and respects the German craftsmanship and strategy. When Rubin marvels over the excellent German trench lines and wonders how they possibly could have lost the war, he gets his answer: “Les Americains.” Among the French, Rubin finds a gratitude and appreciation for the American doughboys, who marched into France in 1917 and 1918 to turn the tide of war.

This remarkable work of journalism reminds us of the hardships of that war and the bravery of those called upon to fight it.