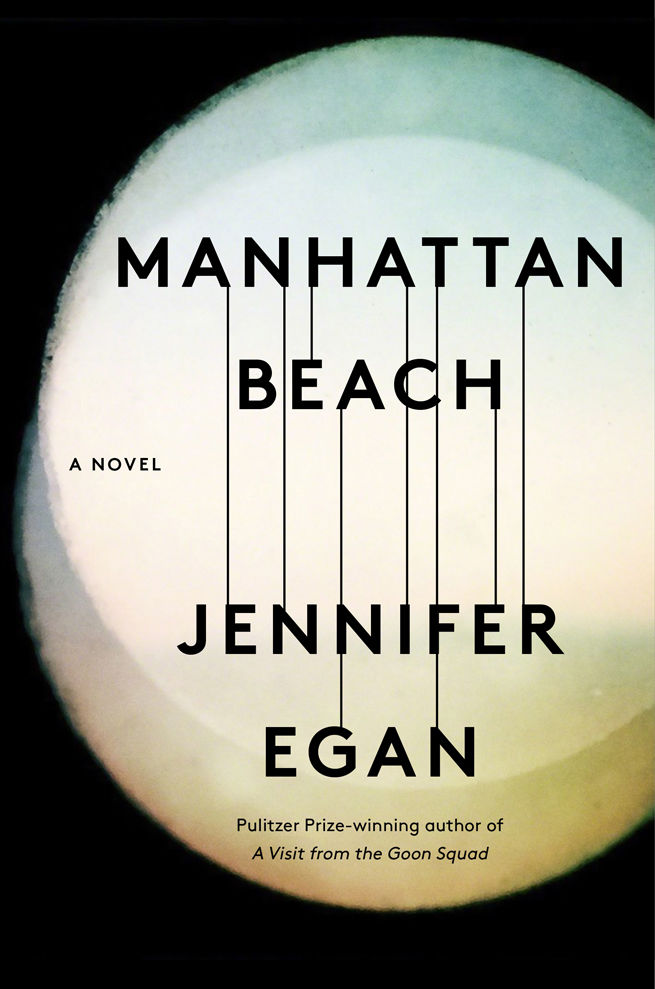 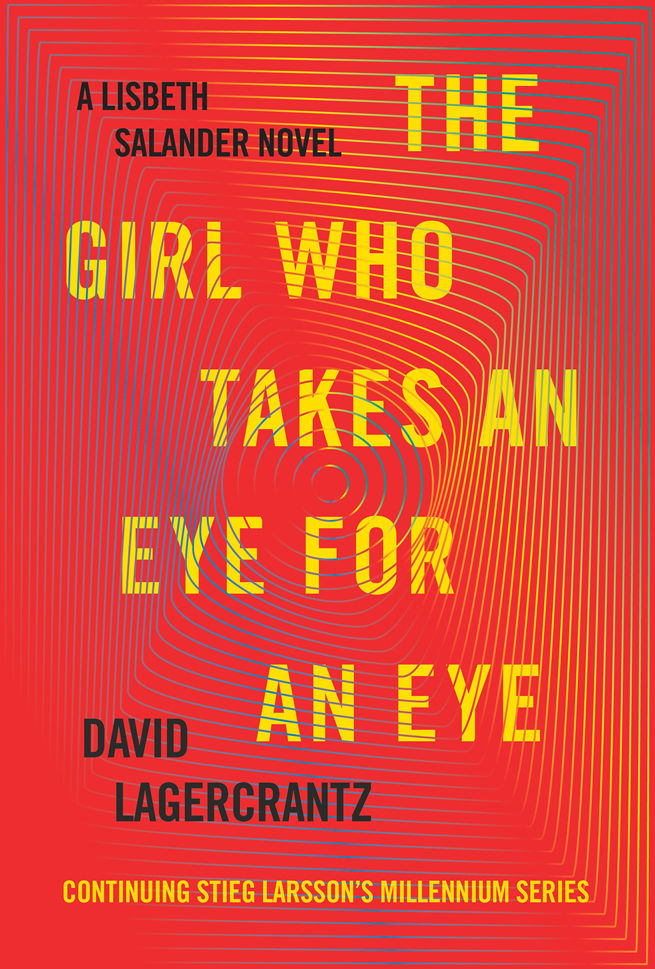 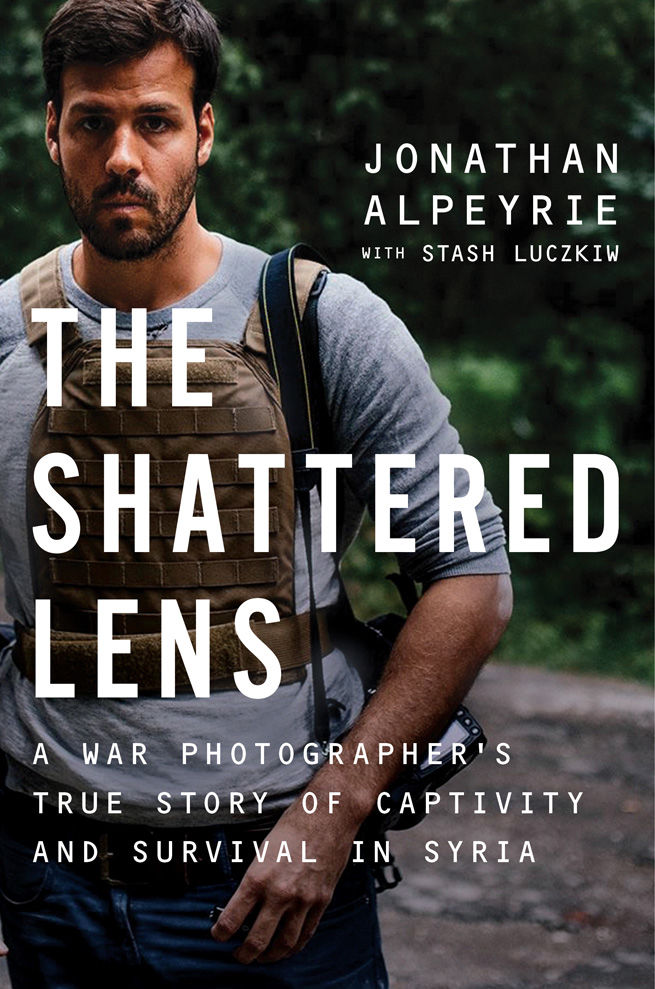 We meet Anna at the start of the book, a precocious 14-year-old who accompanies her father Eddie Kerrigan on a visit to the seaside home of Dexter Styles, a mobster Eddie contacts in hopes of getting work.

The Kerrigans have fallen on hard times; Eddie and his wife Agnes have more than their share of troubles with their special needs daughter Lydia. A birth defect has rendered the girl unable to speak or move about at will. A job with Styles would provide the funds needed to get the child a chair so she can sit upright and be wheeled around.

When Eddie and Dexter meet, a deal is struck, and the chair becomes a reality — but Eddie realizes his daughter Anna is getting older and that he might be putting her in danger taking her along on his business visits with unsavory people, though the girl is trustworthy and able to keep his secrets. This turn of events insults Anna, who is close to her father — and a wedge is driven between them.

The narrative then jumps ahead with Anna, now age 20. She and her mother are Lydia’s sole caretakers because Eddie has disappeared. Neither of them knows what’s happened to him, but both believe his underworld connections have led to his demise.

Anna is now employed in a factory, but longs to become a diver, repairing ships in dock at the Naval Shipyards, where “The Missouri” is being built, as the war rages on in Europe. The section of the book that focuses on her attempts to nab this position, in a man-centered world, and details about the equipment worn and dangers present, is thrilling, as is the storyline that reintroduces Dexter Styles, who Anna meets in the nightclub he operates, not divulging her identity to him.

“Manhattan Beach” is a smart work of literary fiction that takes some patience because point A doesn’t always lead to point B; instead the narrative focuses on one aspect of the story then shifts to another, making for an uneven walk but one that’s ultimately rewarding as the plot picks up speed and races to the end with surprises readers won’t see coming. How Egan got all the pieces of this clever novel to fit together is simply a marvel.

The fifth book in the Millennium series created by the late Stieg Larsson opens with Lisbeth Salander serving two months in jail for “unlawful use of property” and “reckless endangerment,” charges stemming from the fallout of her protecting an 8-year-old autistic boy whose father had been murdered.

But as the book title indicates, “The Girl Who Takes an Eye for an Eye,” this story by author David Lagercrantz is about evening the score.

Although Salander doesn’t seem to mind the confines of jail, she is disturbed at how the warden allows the prison to be controlled by one inmate, Benito Andersson, who has taken the name of the infamous Italian fascist and had a swastika tattooed on her throat. One inmate in particular is the focus of Benito’s aggression. Faria Kazi, a young, beautiful Islamic woman from Bangladesh, has been taking Benito’s abuse for so long that her will to resist is broken. After just a couple of weeks witnessing the abuse, Salander — never one to turn a blind eye to injustice — takes it upon herself to stop Benito and protect Faria.

At the same time, a visit from Holger Palmgren, Salander’s former guardian, has started her thinking more about her childhood. A woman who had been a secretary at St. Stefan’s psychiatric clinic for children, where she had been a patient, came to see him and brought documents detailing the horrific stories of how Salander had been treated, prompting Palmgren to ask her about her dragon tattoo and a woman who used to visit Salander’s mother.

The woman had a birthmark on her throat that looked like a burn, “as if a dragon had breathed fire on her,” Salander told Palmgren. The woman had worked for the Registry for the Study of Genetics and Social Environments, Palmgren tells her. As she thinks back on how the woman would give her tests that always ended in arguments and about how she ran away at age 6, Salander realizes there’s something fundamental about her childhood that she doesn’t understand.

Through her own methods, Salander finds leverage with the warden and gets use of his computer to hack her way into the Institute for Medical Genetics. She finds old lists of names, but something still doesn’t seem right, so Salander turns to her friend Mikael Blomkvist, the leading investigative journalist for Millennium magazine. She gives him one name in particular to look into, Leo Mannheimer. As Blomkvist investigates, he uncovers details of Mannheimer’s life and childhood that relate to Salander’s and more is revealed about her own, including the meaning behind the dragon tattoo that stretches down her back.

Like all of the books in the Millennium series, “Eye for an Eye” moves at a fast pace and keeps you guessing as it jumps back and forth between the present and the past. Don’t worry if you cannot remember all of the characters or if you’ve never read any of the previous books. Lagercrantz includes a list and description of continuing characters, and it’s ­all the refresher you will need.

We see their work continually in newspapers, television and online — the harrowing war and conflict photographs that refuse to release their hold on our psyches. Though we’re exposed daily to their craft, we know little about the men and women behind the cameras, other than being aware of the dangers they face in the Middle East and other far-flung locales.

Author Jonathan Alpeyrie, a Paris-born, American war photographer, offers an intimate glimpse into his work, and the nightmare of being captured in “The Shattered Lens, A War Photographer’s True Story of Captivity and Survival in Syria,” which he wrote with Stash Luczkiw.

While working for Polaris Images, Alpeyrie raptly followed the news and placed himself in harm’s way to get the shot that would be remembered. He felt it vital to cover conflicting sides, which “helps to confirm the fact that soldiers are very similar all over the world, acting mainly as vehicles for less visible powers and principalities.”

To get the best photographs, one must get close to their subject, which can turn deadly with a Scud missile attack, or at best can result in your capture. The latter was the case for Alpeyrie, who arranged with a “fixer” to get him over the border into Syria in April 2013. He admits he “was too focused on the task at hand; to capture images of destruction and carnage.”

So began his loss of basic freedoms, an inability to eat what he wanted, to go to the bathroom at will, to sleep without having his ankles shackled or simply go outdoors to feel the warmth of the sun on his face.

Early in his ordeal, Alpeyrie was interrogated, mistreated and beaten, and lived minute by minute with the fear that his throat might be slashed and televised for all the world to see, his captors believing he was a spy and not a war photographer attempting to tell the rebels’ story, as they fought against the country’s dictator, Bashar al-Assad.

“The Shattered Lens” isn’t just the tale of Alpeyrie’s Syrian ordeal and the lingering effects of his imprisonment. The book also details his life before and after, the numerous wars and conflicts he has covered and his philosophies about violence and its victims. A self-proclaimed risk-taker Alpeyrie writes, “There’s something about the thrill of surviving a brush with death that begs repetition.”

So he’s still in the field, a camera slug around his shoulder. Readers will finish this well-written expose wishing him the best.

Books suggested in Novel Ideas can be purchased at Neighborhood Reads Bookstore or checked out at Washington Public Library.