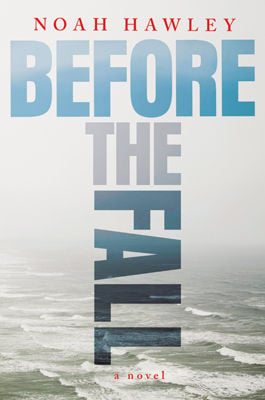 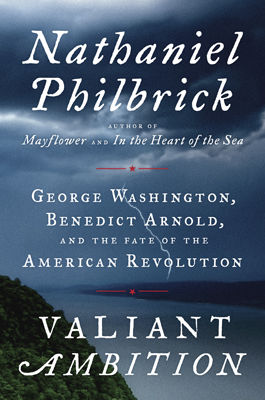 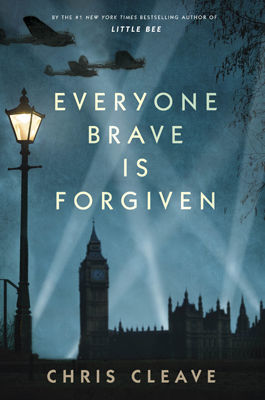 Across the board appeal, abundant chills and thrills, all this and more will be yours with “Before the Fall,” out next week. Noah Hawley’s novel grabs you by the throat and won’t let go. Just what you’d expect from the producer, writer and showrunner of FX’s riveting “Fargo.”

Fasten your seat belts — the action begins with a horrendous event ripped straight from the headlines. A private plane, on its way from Martha’s Vineyard to New York City, crashes into the Atlantic 16 minutes after takeoff — miraculously, two people survive. Scott Burroughs, an artist and recovering alcoholic, and JJ, the 4-year-old son of multi-millionaire David Bateman, president of ALC News.

Cast headlong into the surging sea, Scott plucks JJ from the waves and swims to shore with the child. Overnight, Scott becomes the object of the nation’s eyes, his story igniting the airways, fed largely by Bill Cunningham, an ALC News broadcaster who breeds sensationalism.

JJ’s mother and sister, Rachel, perish in the crash, as does the family’s bodyguard, Gil Baruck, an expat Israeli, “domestic security” man hired after Rachel’s kidnapping several years before. Also dead are Ben and Sarah Kipling, friends of the Batemans — Ben embroiled in a messy investigation involving money laundering with “countries that sponsor terrorism.”

Add to the list of the deceased the plane’s crew, pilot James Melody, co-pilot Charlie Busch and hostess Emma Lightner.

Readers learn lots about each of these characters as Hawley introduces them one at a time, tightening his hold and building his novel to a heart-thumping conclusion, finally revealing what actually caused the OSPRY 45XR to crash.

“Before the Fall” is storytelling at its best, as Hawley presents a range of diverse characters with rich histories, several of them with plenty of reason to have sabotaged the flight. Seeds of doubt are cast in what is sure to be the summer book you won’t want to miss.

Nathaniel Philbrick turns a new lens on the American Revolution in “Valiant Ambition.” He focuses on the relationship between Benedict Arnold and George Washington. Although Benedict Arnold is synonymous with treason, Philbrick depicts him as a field general who, in the early days of the Revolutionary War, is a hero.

Shortly after the signing of the Declaration of Independence, Washington watches as British ships fill the New York harbor. The flotilla’s mission is to crush the rebellion. The inexperienced commander, Washington, is swiftly defeated.

Arnold foils the British effort to split the colonies by moving his forces from Canada into Lake Champlain. He shrewdly hides his ships inside the harbor of Valcour Island. The British navy naively sails by. When they try to sail back north their square-rigged vessels can’t sail against the wind and Arnold defeats the British dragoons. Arnold receives little recognition for this accomplishment. Philbrick points out Arnold’s unacknowledged heroic feat. He also reveals Washington’s weaknesses as a commander.

Arnold’s wife, Peggy, becomes very defensive of her husband. The lack of recognition given to Arnold, and Peggy’s desire to be on the winning side, become two reasons for the general’s defection.

In 1779, Benedict Arnold offers his services to British intelligence. He almost delivers West Point to the British and is paid well for his espionage.

“Valiant Ambition” is a controversial and complex portrayal of the war that gave rise to the United States. Themes of loyalty and personal integrity run throughout this historical piece. Arnold is presented as a superior strategist and valiant warrior who is taken for granted by colonial leaders; Washington is pictured as a commander leading an army only one defeat away from total collapse.

Philbrick’s interpretation of these two legendary figures of American history is the opposite of the account I was taught in high school. I appreciate the author’s more balanced view of the contributions the two protagonists made to the founding of the United States. Philbrick’s research and analysis are quite remarkable. This book is a thought-provoking read for historians and leisure readers.

Philbrick will present on his book at Ethical Society of St. Louis on Friday, June 3, at 7 p.m. For more information, or to RSVP, go to www.left-bank.com/philbrick.

British author Chris Cleave sweeps readers away with a novel inspired by stories passed down by his grandmothers and paternal grandfather. On the pages of “Everyone Brave Is Forgiven” London comes alive in the Blitz, as does Malta, an island pockmarked by German air raids, rations dwindling, making skeletons of men. The early war years are the book’s focus, beginning in 1939, its action coming to a climax right before America joins the Allied Forces in Great Britain.

This novel is a stunning portrayal of a country at war, its people dealing with crisis, each in their own way — Londoners jettisoned into a world they couldn’t have imagined, uncertainty their daily companion, blackouts, bombs, rationing and gas masks, injury and death.

Much to her mother’s displeasure, Mary falls for the headmaster of a school; Tom Shaw hires her though there aren’t many children left to teach. Most of the youth have been sent to the country for safety, other than the unfortunates, and those who return to London because of homesickness. Mary develops a close bond with an African-American boy whose father is killed in the bombing — the child eventually becomes her savior.

When tragedy strikes even closer to home, Mary has no intention of falling for Tom’s friend Alister, but she can’t help herself. She’s drawn to him, but he’s soon sent to fight in Malta where all hell rains down.

Mary endures her own hell on earth as an ambulance driver, a position both she and her best friend volunteer for after the schools close because the bombing intensifies. They witness untold horrors, mirroring Alister’s misery.

“Everyone Brave Is Forgiven” is all-encompassing, yet intimate, Cleave laying bare the effects of war on both civilians and soldiers, and touching on race relations as well. It’s an important book that ranks right up there with another much-lauded World War II novel, “All the Light We Cannot See,” by Anthony Doerr, set in Saint-Malo, and a personal favorite.

Books suggested in “Novel Ideas” can be checked out at Washington Public Library. “Everyone Brave is Forgiven” is now available. The other two titles will be ready for check out in the coming weeks.