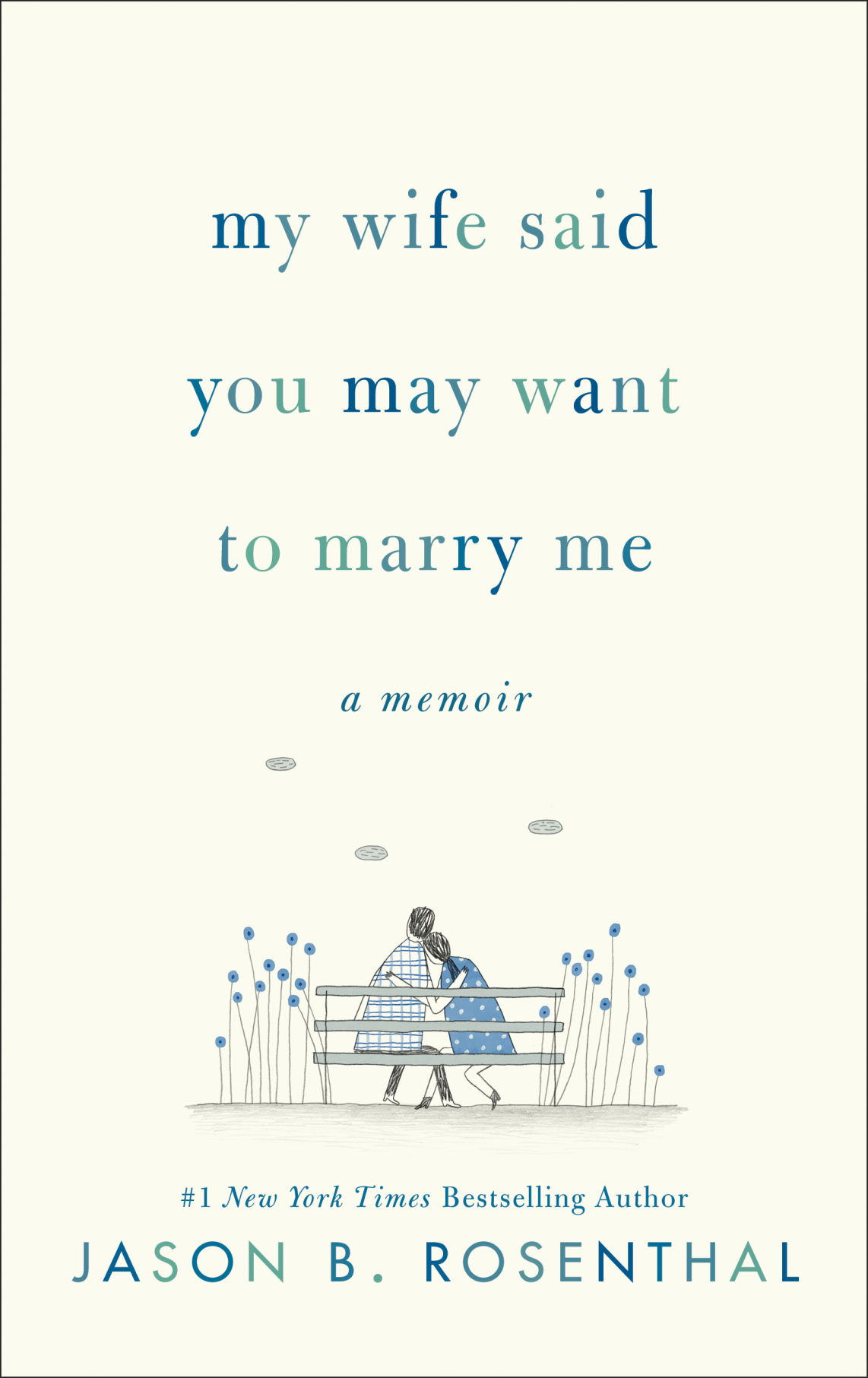 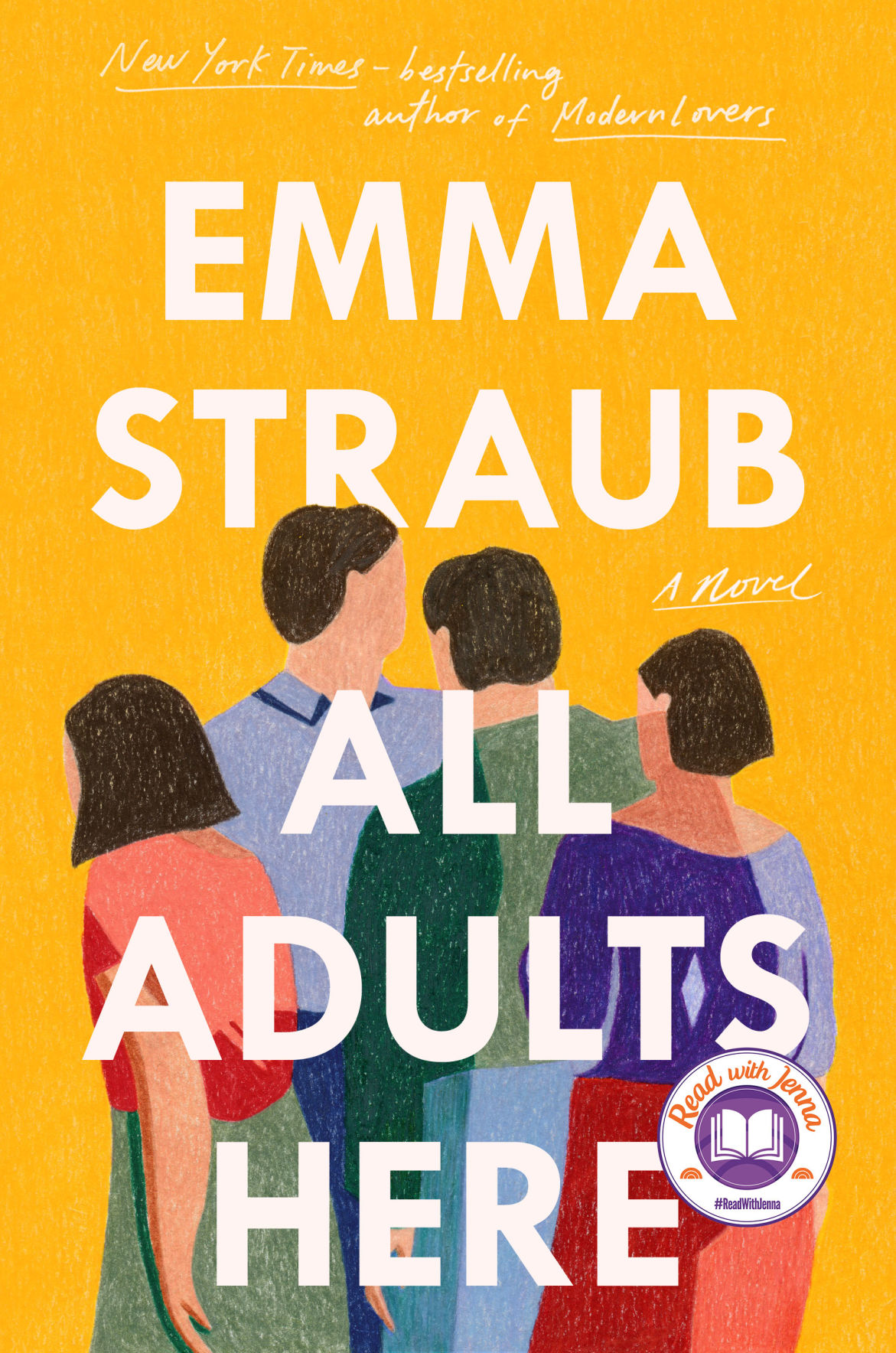 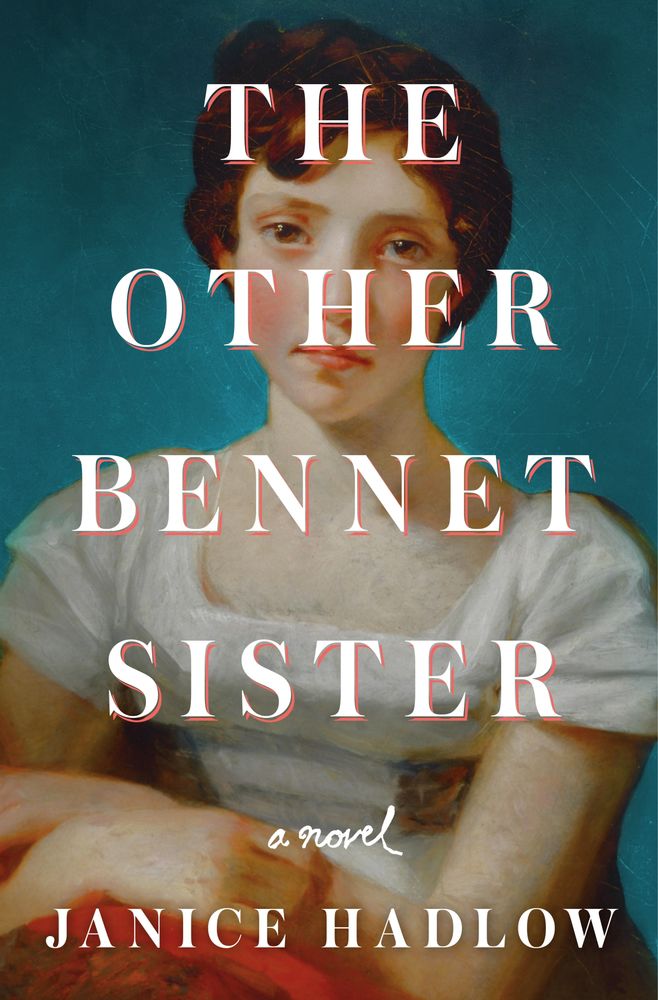 Some years ago, I spent time with Amy Krouse Rosenthal when she visited Washington twice to promote her children’s books. Driving around with her, the conversation ball never dropped. Amy and I just hit it off as she shared her music playlist, talked about her husband, three children and projects she had in the works.

Amy was a wordsmith, a spitfire and a sprite—she touched so many people in her life, one cut short. In 2017, at age 51, Amy died from ovarian cancer, news of her death rippling through the masses. So many were saddened by the loss of this sunshiny writer whose calling card was a yellow umbrella. Amy just connected with people.

Ten days before her death, Amy gained even more recognition because of a piece that ran in the Modern Love column in The New York Times, “My Wife Said You May Want to Marry Me,” extolling the virtues of Jason B. Rosenthal, her husband of 26 years.

In a book by the same title, we now get to know Jason, and learn more about the Chicago couple’s amazing love affair, from the night they met on a blind date to the night Amy passed away in bed next to Jason, after the family brought her home for hospice care.

Don’t expect a maudlin story with “My Wife Said You May Want to Marry Me.” As Jason states that’s not what Amy would have wanted. Instead this compact memoir highlights the creativity and passion Amy brought to life and a marriage that was a joyful union of two like souls.

The second half of the book focuses on Jason’s journey with grief. He writes openly and honestly about his struggles, making this a memoir helpful for those dealing with the death of a loved one. This is a beautiful, poignant tribute to Amy, who now has a work of art placed in her honor in Chicago’s Lincoln Park—a 9-foot-tall yellow umbrella bearing the word “MORE,” the first word Amy ever spoke.

Bookstore owner and best-selling author Emma Straub creates an interesting family with a plethora of problems in “All Adults Here,” set in Clapham, a small town in the Hudson Valley. The contemporary novel has a myriad of richly drawn, but flawed characters, most facing issues that could easily upend them.

The mainstay of the novel is Astrid Strick, the matriarch of the conflicted, complicated Stick family, a harsh name for a hard-nosed 68-year-old widow with a secret she finally shares with her adult daughter and two sons. Astrid has been having a longstanding love affair with Birdie, her 59-year-old hairdresser.

The impetus that drives Astrid to confess her relationship occurs after an estranged friend of Astrid’s is hit and killed by an empty school bus in downtown Clapham, an accident Astrid witnesses first hand.

Previously unflappable, the tragedy shakes Astrid to her core, causing her to reflect on her marriage and the way she’s raised her sons, Elliot and Nicky and daughter Porter.

Her adult children are dealing with their own baggage as the book opens and Astrid prepares to welcome Nicky’s daughter Cecelia into her home for a stay after the 13-year-old gets into trouble at school. In actuality, Cecelia and Birdie are the only ones who know where their centers are as the story progresses.

There are lighthearted moments in “All Adults Here” like the family dinner in which Astrid springs the bombshell about Birdie on her family. Astrid doesn’t sugarcoat the shocker, instead pushing for supper to be served immediately in a laughable scene one can envision.

Though there’s comic relief, there are heart-wrenching moments included in the book too, a sexual identity issue for a teen friend of Cecelia’s, and Porter’s love affair with an old flame, a man she can’t shake.

The stew of dysfunction bubbles along in Straub’s newest, which, though well written, might have benefited from focusing on 1-less hot button issue. Still “We Are All Adults Here” is worth a read.

In Jane Austen’s “Pride and Prejudice,” readers don’t learn much about Mary, the third youngest in the Bennet’s family of five girls. Austen’s focus mainly lies with Mary’s older sisters, Jane and Elizabeth, their beaus and other characters.

But with the publication of “The Other Bennet Sister,” nondescript, book loving, much maligned Mary gets her due, thanks to the expertise of British author Janice Hadlow, who echoes the voice and style Austen used in her classic tale.

The Bennet girls face a dilemma, one presented at the onset and set in motion in “Pride and Prejudice.” The family is comfortably well off, but without a male heir their inheritance and home won’t stay in the family, a situation Mrs. Bennet is well aware of, and a force that drives her to secure wealthy, prestigious husbands for her daughters. Mrs. Bennet feels four of her girls have attributes that make them desirable, but Mary lacks any redeeming qualities.

Any thread of confidence Mary has is roundly quaffed by Mrs. Bennet, who continually criticizes her daughter at every turn. One could only hope that Mary would have a close, loving relationship with her father, but try as Mary might that isn’t the case. Mr. Bennet prefers the company of Elizabeth, and makes no bones about it.

Readers will have sympathy for Mary as she struggles to find her place in life and grows to believe in herself and her choices, which she does slowly but surely, in this book in three parts that takes Mary from her childhood home into staying with a cousin after her father’s death. Then finally to bustling London to live with her aunt and uncle—there Mary’s lot in life takes a positive turn.

Mary shines throughout, enduring humiliation and painful losses, yet managing to keep her spirit keen and her wits about her. Though sometimes treated cruelly, she retains her kind nature and becomes her own person.

“The Other Bennet Sister” is a genteel novel, a leisurely read of mores and manners that will have far-reaching appeal and especially delight Austen fans.