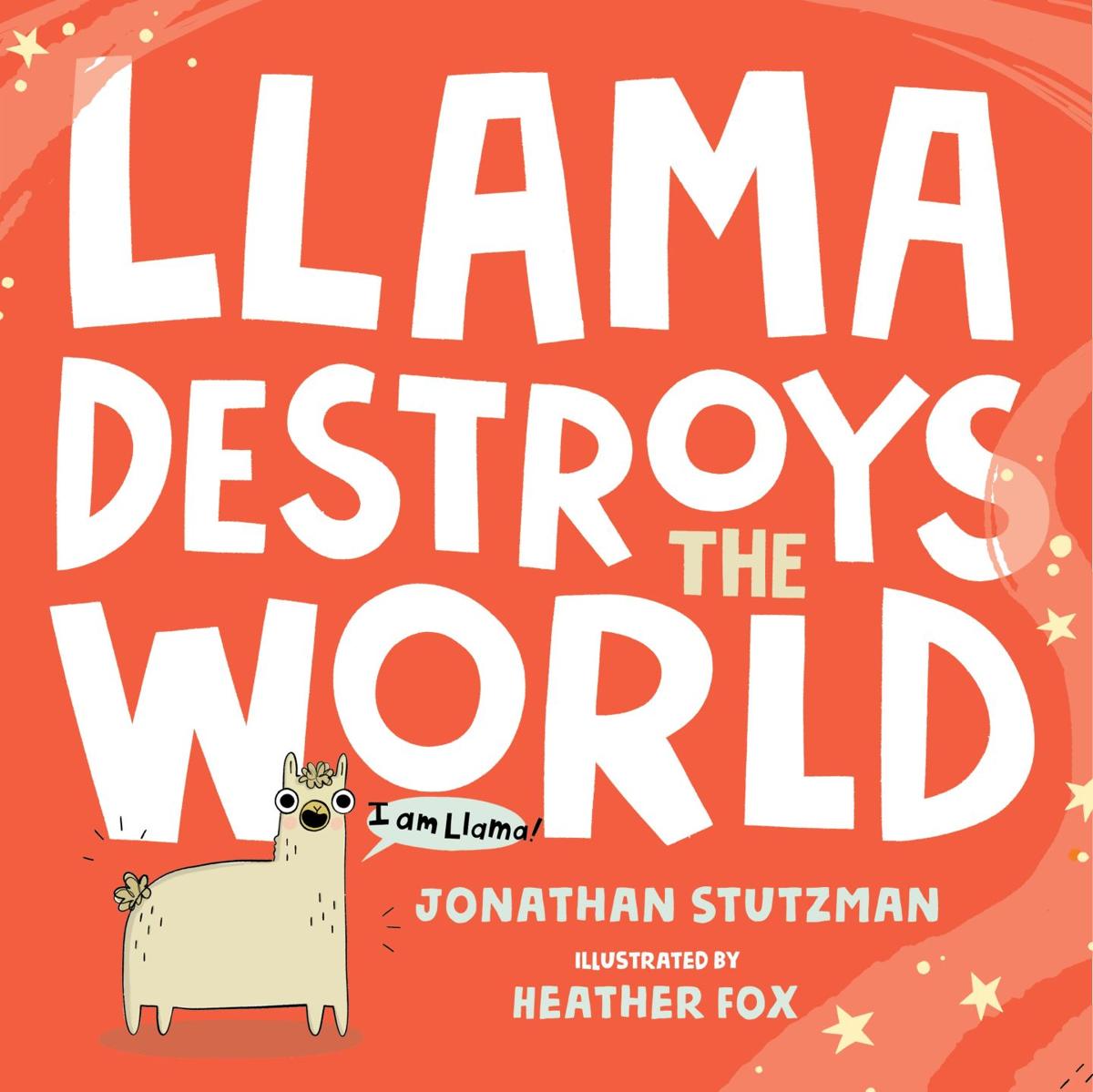 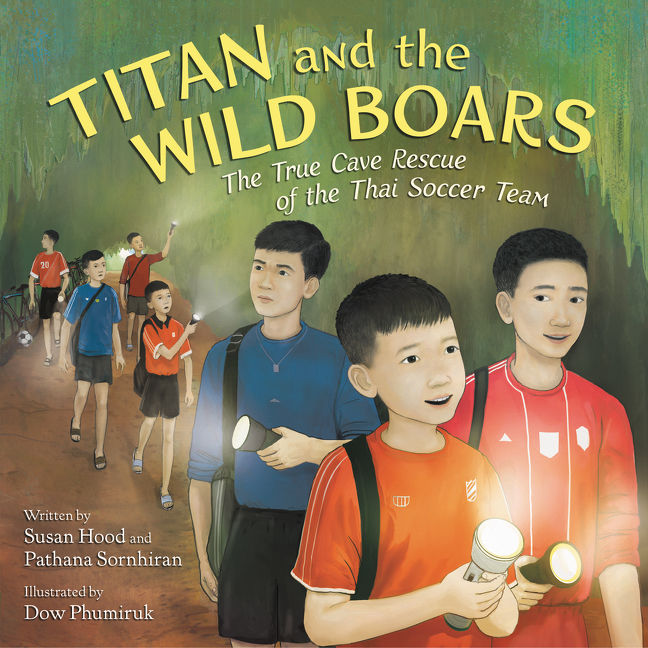 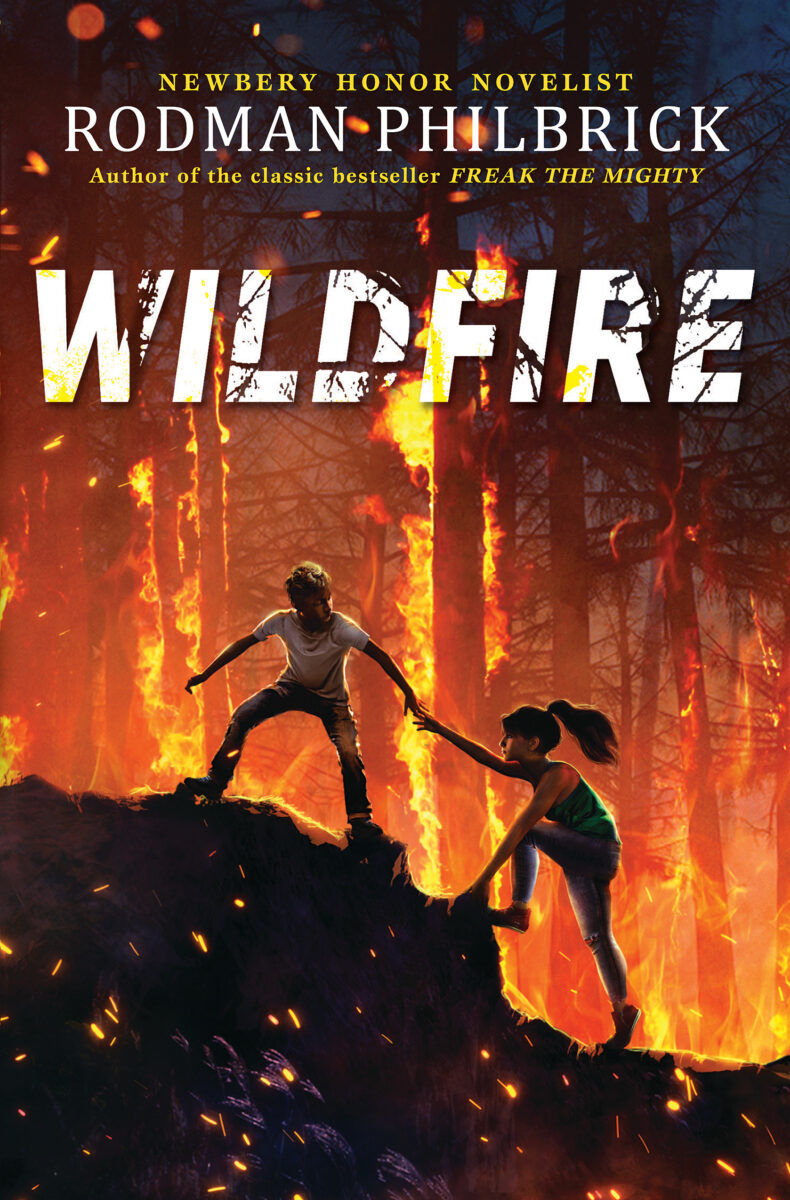 Pulses will pound with Newsbee’s “Thrilling Stories.” You’ll be thanking your bee buddy for the ride of your life as you “Page On.” Meet a power-hungry llama with an inflated ego and appetite to match, a group of boys lost in a flooded cave, and a couple of kids trying to avoid a raging fire and fend off bad guys too. Bee prepared to bee entranced by these thrillers.

“Llama Destroys the World,” by Jonathan Stutzman, stars a llama that’s a grade-A-original. The four-footer looks docile but an alarming fact is announced on the opening page: “On Friday, Llama will destroy the world.”

“I AM LLAMA!” the animal proclaims.

So begins a countdown on Monday with Llama distracted by “piles of cake. More cake than any Llama can eat.”

Putting his pointer foot forward he points at the luscious layers of succulent sweetness. “Dat,” he commands, eyeing the treats.

“This was his first mistake,” the unknown narrator of the book explains. “One of those mistakes that leads to more mistakes and, eventually, the ultimate doom of everything.”

Tuesday is dancing day for Llama but an issue from Monday causes a blip — a rip in his pants from cake madness — the tear goes galaxy-wide, causing “cosmic vibrations” that lead to a black hole on Wednesday.

“Llama Destroys the World” features the week that was for a llama certain to tickle funny bones. Overlarge, simplistic illustrations by Heather Fox are vibrant and action-filled.

People were glued to the news last summer when 12 boys on a soccer team in Thailand and their coach were stranded in a cave. “Titan and the Wild Boars, the True Cave Rescue of the Thai Soccer Team,” relates the harrowing near-tragedy.

Authors Susan Hood and Pathana Sornhiran use 11-year-old Chanin, nicknamed Titan, to tell their story giving the book a personal feel as it walks readers through the teams’ 18 terror-filled days and nights. Illustrations by Dow Phumiruk help readers envision exact details of the rescue.

Chanin loved soccer and trained to get better at the sport. He, his friends and Coach Ek arrived at the cave — ignoring the sign to avoid the cave in monsoon season — they didn’t worry because the rains come in July and it was only late June. Alas, bad weather hit and the boys were trapped.

This stunning book not only highlights the soccer team’s courage to withstand starvation, lack of water, fear and cold, but also relates the gargantuan effort so many went through, putting their own lives on the line to bring the team to safety.

“Wildfire,” by Rodman Philbrick, is a suspenseful book with fast-building action. Set in the Maine woods, readers meet Sam Castine, a boy with skills and courage beyond his 12 years. Sam is thrown into a cat-and-mouse game of survival after a “wicked fire” breaks out near his summer camp.

Obstacles unimaginable arise as Sam runs for his life, sparks leading to flames engulfing everything in their path. Fortunately, Sam happens upon an accomplice, a tall, strong girl named Delphy, two years older than he is, who’d been attending a different camp nearby. Sam and Delphy put their heads together to get out of their jam — attempt outrunning the fire using an abandoned Jeep, but there are more foes than the inferno that threaten them.