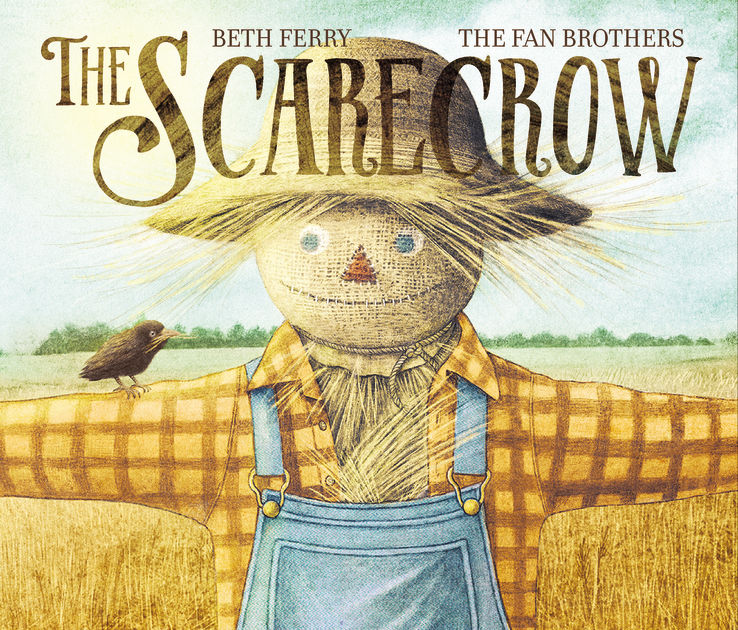 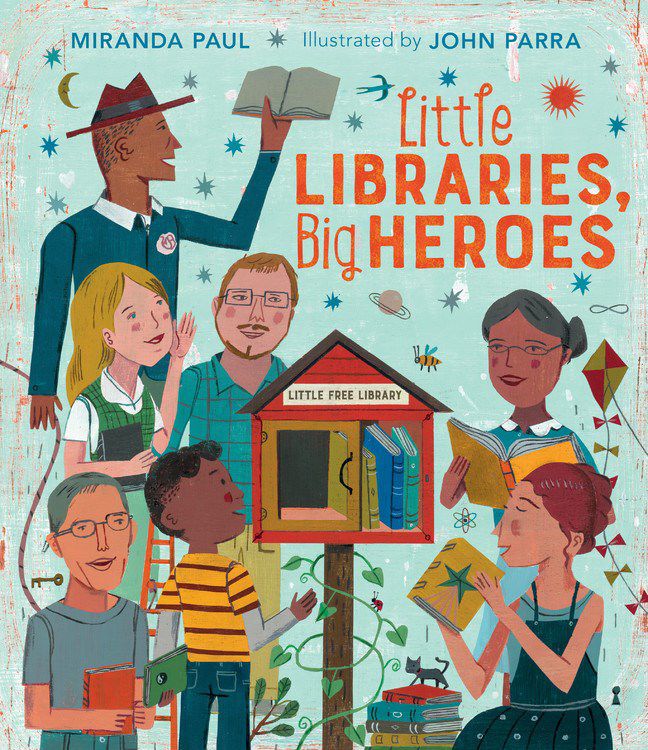 Too often our busy schedules prevent us from feeling grateful. Newsbee has this problem — his have-tos take up space in his head, crowding out any square inches left for gratitude. That’s why your bee buddy welcomes books this month that focus on “Thankful For . . . ,” thankful for the blessings of friendship, community and great books. Page On!

They say “Birds of a feather flock together,” but that’s not the case in “Scarecrow,” a glorious book by Beth Ferry in which historic rivals become heartfelt best friends.

Scarecrow stands alone in the field from winter to spring. Creatures from deer, to field mice, to foxes steer clear of scary him until the life-changing day a bitty crow drops from the sky. “Scarecrow does the strangest thing. He snaps his pole, bends down low, saves the tiny baby crow.”

Then Scarecrow goes a step further, tucking the little fella into his dungarees, close enough for the fledging to feel the straw man’s heart. Day in and day out the Scarecrow protects and nurtures the crow until nature calls and “Scarecrow knows he must stay and Crow must go.”

But don’t fret yet, there’s a happy ending for all in this stellar read in rhyme, with illuminating illustrations in soft autumnal shades by Newsbee’s favorites, the Fan brothers.

Within our towns and cities are people making a difference; not asking anything in return, they share their good deeds with others. Read about Tod Bol (1956-2018) and Rick Brooks’ brilliant brainwave in “Little Libraries, Big Heroes,” a true story by Miranda Paul about how the men made book-sharing available 24-7.

You might think Tod was an avid reader as a kid — not so — he struggled, but his mom was a teacher, spent her life teaching reading and reminding her son that he was gifted in ways he might not realize. It turned out Tod had a talent for building; when his mother passed he wanted to honor her. He built a little box, put it on a pole in his front yard in Hudson, Wis., and filled it with books.

The Little Free Library became “ . . . the center of their neighborhood.” Tod then contacted his friend Rick, and they built lots of the little libraries and took them on the road, offering them to other folks. Today thousands of Little Free Libraries are maintained by ordinary people turned heroes. Colorful, joyful illustrations by John Parra deftly highlight the growth of this selfless project.

Matilda “Tilly” Pages lives in Pages & Co., a five-story London bookshop her grandparents own. Tilly’s mother disappeared when she was a baby. The mystery of her whereabouts and more is revealed in the wondrous, wise fantasy “The Bookwanderers,” the debut of “Pages & Co.,” a trilogy by Anna James about the adventures that abound in books.

With the start of school holidays, Tilly finds herself at sixes and sevens with her besties, who don’t feel like “best friend material” any more. Tilly longs to have new BFFs who are “adventurous, and clever and brave and funny,” like characters in her favorite books, Anne Shirley from “Anne of Green Gables” and Alice from “Alice in Wonderland.”

Can you imagine Tilly’s surprise when Anne and Alice appear in the bookstore — and to Oliver, a neighbor and new chum. With the magic of “Once upon a time,” the kids are immersed in stories, cast into scenes they read about in their quest to find Tilly’s mom, who’s been ensnared by a dastardly character they hope to shut the book on.

“The Bookwanderers” will be adored by book lovers of all ages, with pull-out quotes and silhouettes by Paola Escobar further enhancing this new treasure.