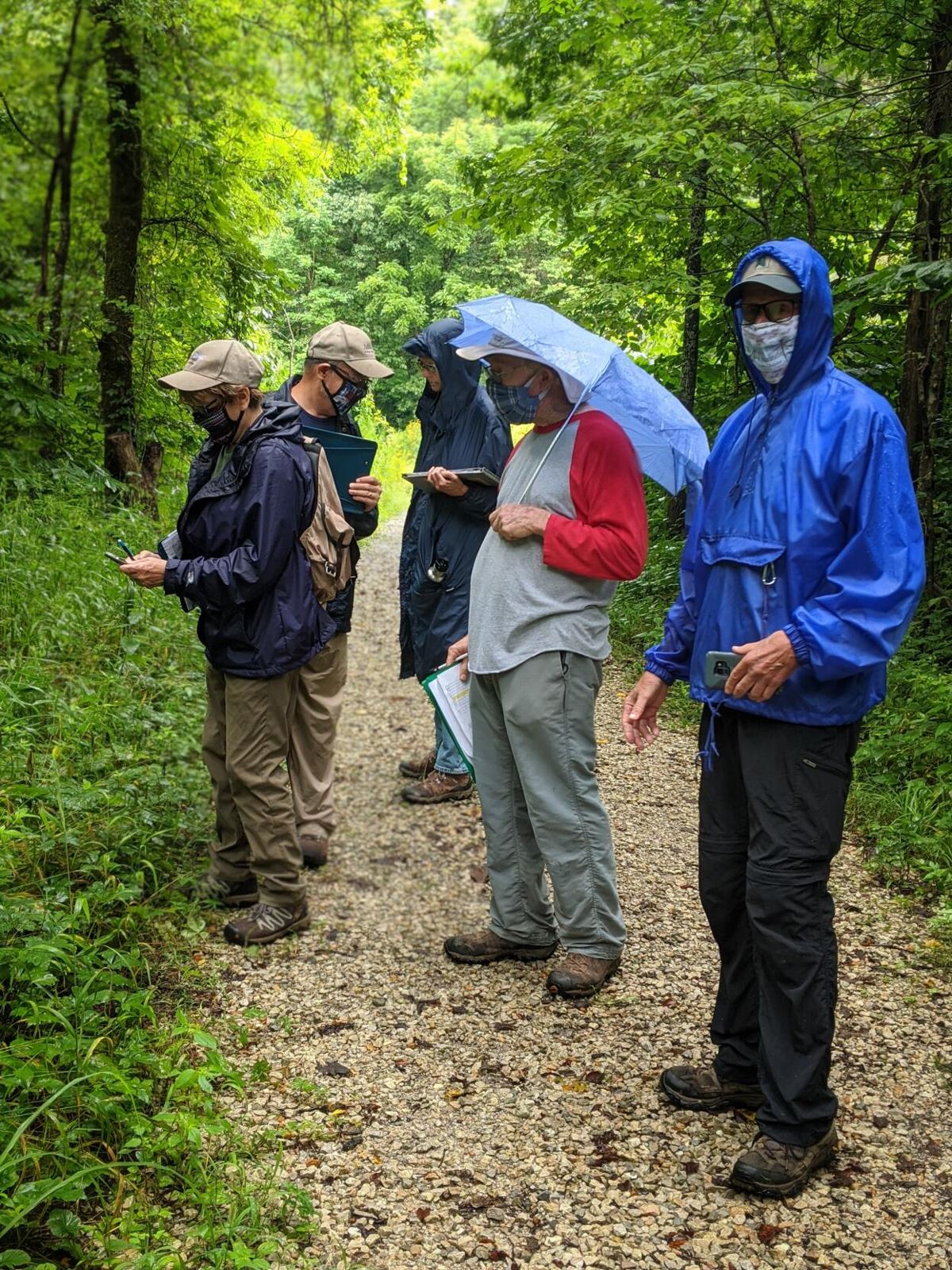 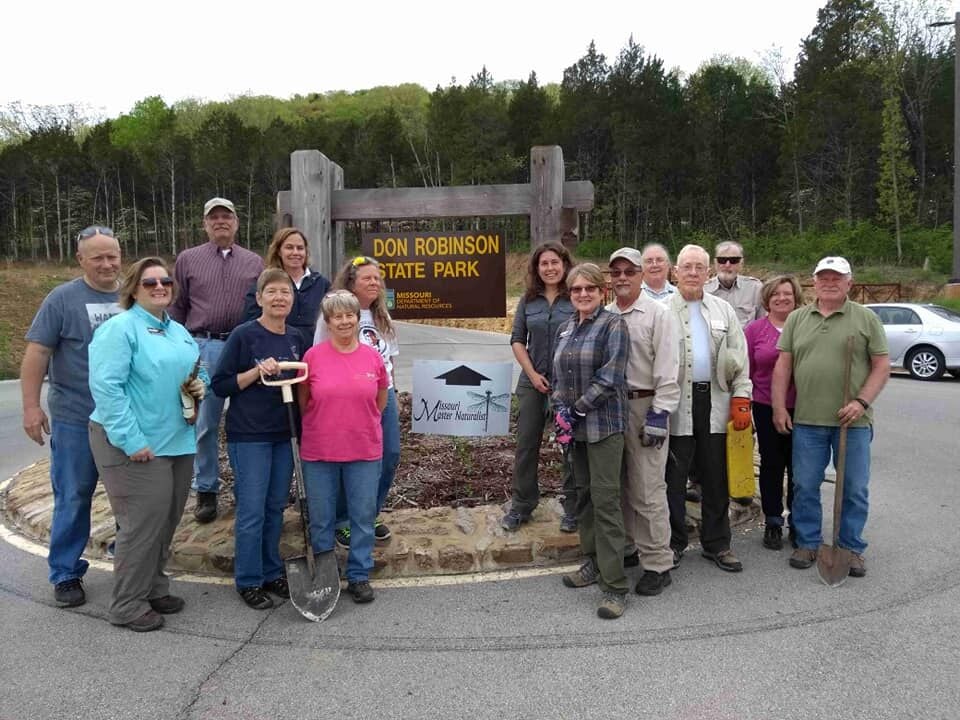 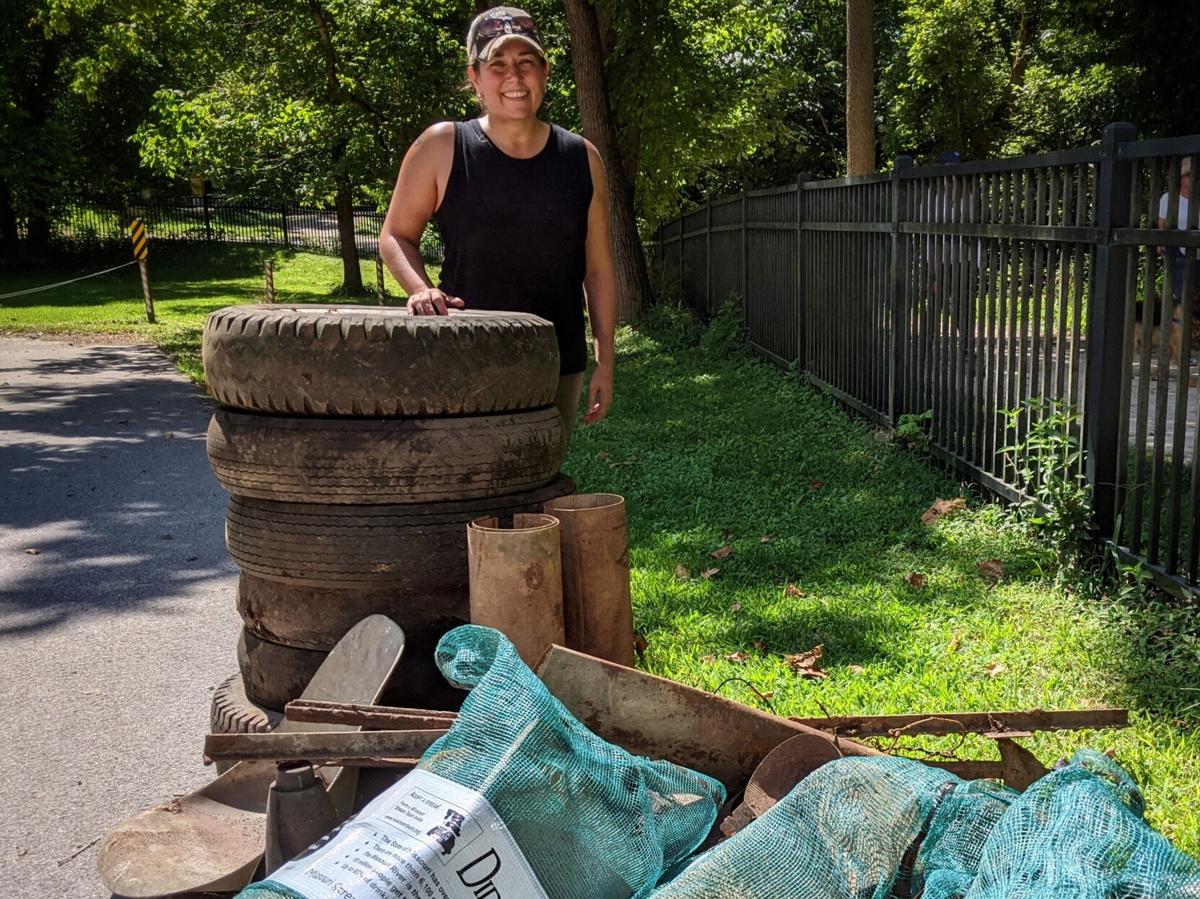 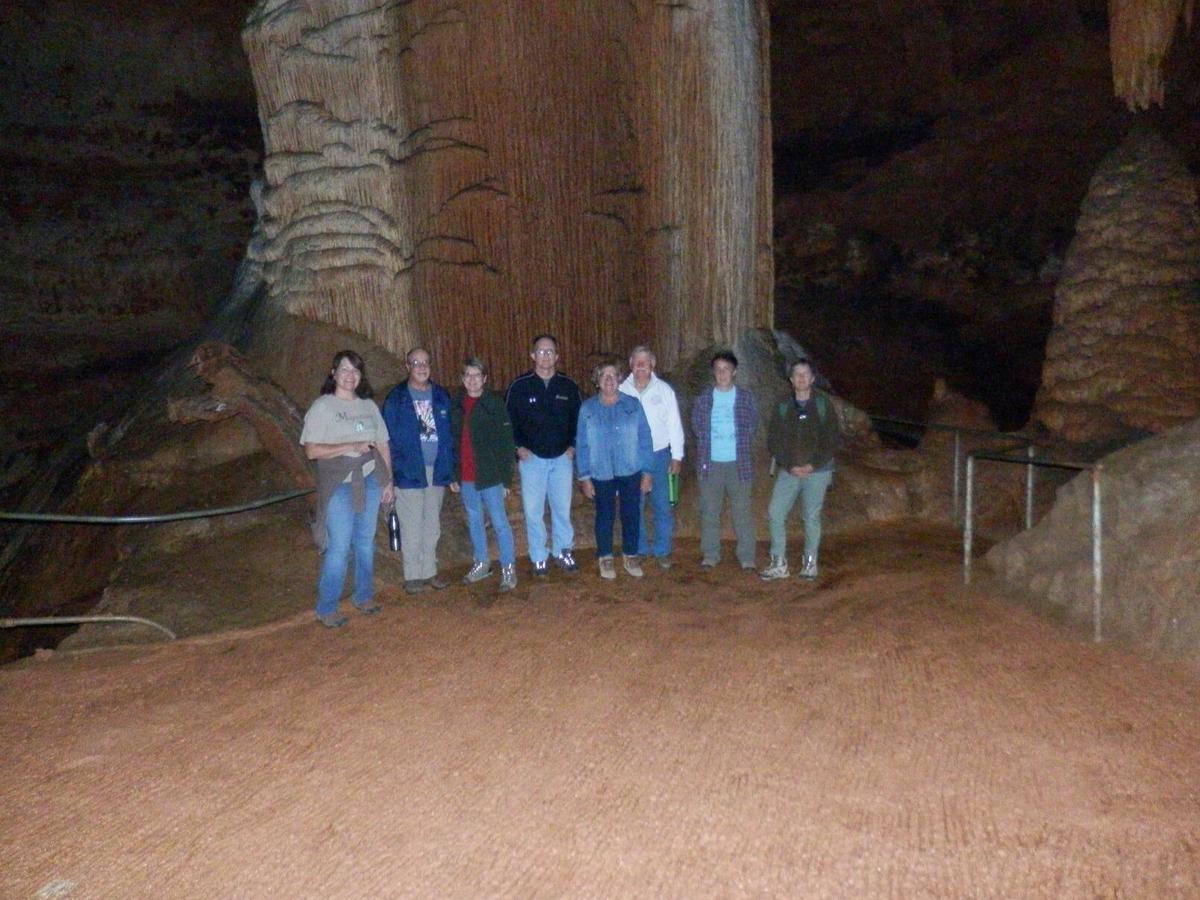 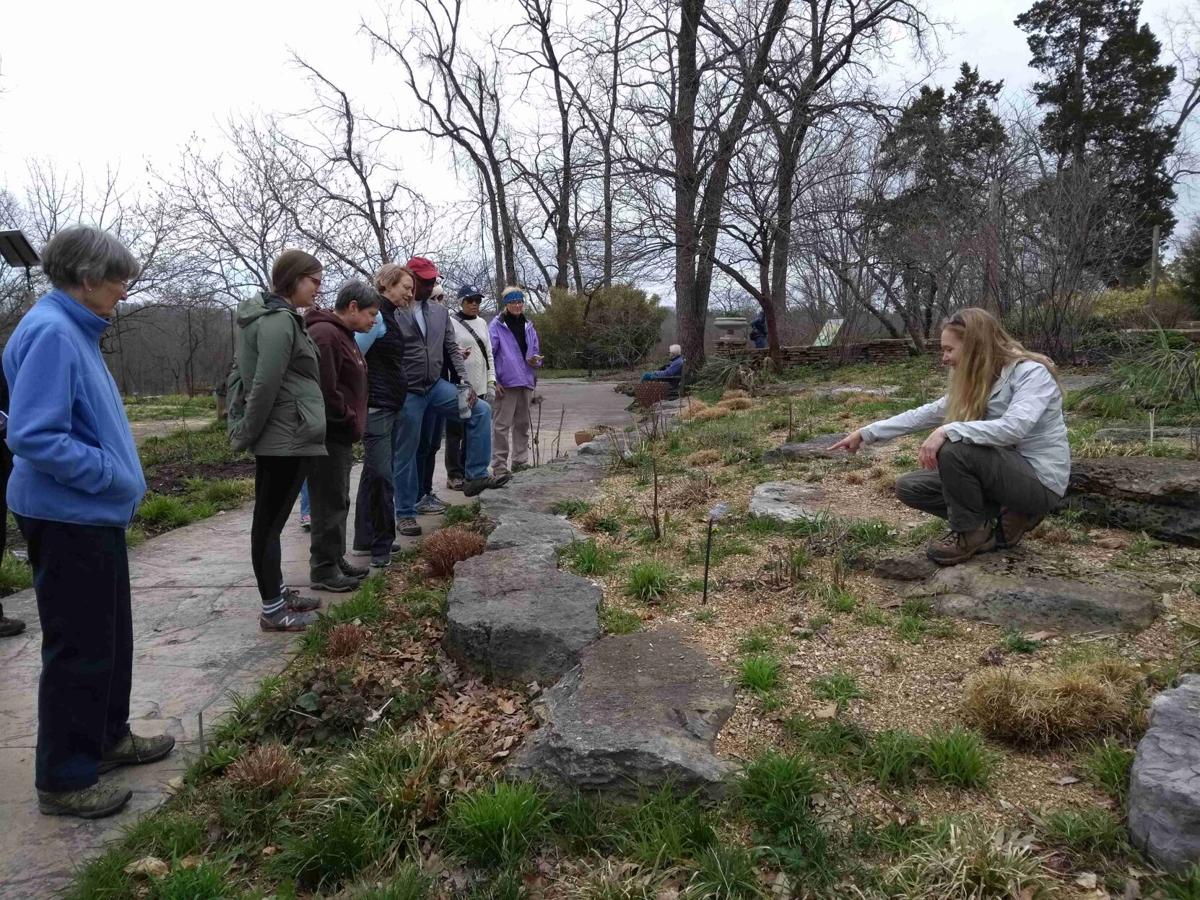 Yeager, a Missouri master naturalist, was volunteering at the Colter’s Landing Access in New Haven, the site of one of three testing stations in Franklin County that weekend. Hunters lined up in their vehicles with newly harvested deer in tow. After lymph node samples were removed from each deer, Yeager recorded pertinent details such as the deer’s sex and approximate age and the location from which the deer was harvested.

The testing is used to monitor the prevalence of CWD in Missouri and, ultimately, to help limit further spread of the disease.

“It was a long day,” Yeager recalled recently, “but it was a very rewarding experience — so much so that I have signed up to volunteer again.”

Yeager, who grew up in Union and now lives in Wildwood, is one of about 800 active master naturalists in the state. These trained volunteers are devoted to the conservation of Missouri’s natural resources through stewardship activities and community outreach.

The St. Louis metro area has three chapters — one in St. Louis County, one in St. Charles County and the third, to which Yeager belongs, in Franklin County. Known as the Miramiguoa chapter, the Franklin County group celebrated its 10th anniversary last year with 43 certified master naturalists, according to the chapter’s 2019 annual report.

The Missouri Master Naturalist program is sponsored by MDC and the University of Missouri Extension; together, they provide the training to become a certified Missouri master naturalist.

In 2019, Missouri master naturalists from the state’s 12 chapters logged nearly 75,000 hours of community service, according to their 2019 annual report. The Miramiguoa chapter alone chalked up more than 5,000 hours, according to the chapter’s 2019 year-end summary.

“There are a lot of things that simply wouldn’t get done without our volunteers,” said Matt Herring, field specialist in agronomy for MU Extension in Franklin County. Herring helps design and implement the Missouri Master Naturalist training program and acts as an adviser to the Miramiguoa chapter. He said the volunteer master naturalists “can take on projects that we (MDC and MU Extension) simply don’t have the resources to tackle otherwise.”

Projects in which Miramiguoa chapter members have been involved include water quality monitoring, river cleanups, trail building and maintenance, educational programs in schools,  propagation of milkweed for the benefit of monarch butterflies and prairie restoration. And the list goes on.

Working Around the Pandemic

COVID-19 has undoubtedly affected the activities of Missouri master naturalists. In recent months, the Miramiguoa chapter has held its monthly meetings via Zoom, and this year’s metro area training for future Missouri master naturalists has been canceled. Many larger public events at which Miramiguoa chapter members have volunteered in the past — for instance, the Prairie Day celebration at Shaw Nature Reserve in Gray Summit – also have been  canceled.  The chapter’s volunteer teaching efforts in local schools have been put on hold, too.

Even so, Miramiguoa master naturalists are finding ways to continue volunteering, often by working in smaller groups while social distancing and wearing masks. One project they continue to work on is a long-term phenology study at the Myron and Sonya Glassberg Family Conservation Area, a few miles south of Eureka. Every 10 days a team of chapter members records which flowering plants are blooming and when in an effort to monitor the impact of climate change. Another ongoing project is near Washington at the Caldwell Memorial Wildlife Area, which is used exclusively for education.  Miramiguoa members have been at work there, too, cutting back invasive honeysuckle.

Miramiguoa chapter members also have been volunteering alone. Yeager, for instance, often combines her volunteer efforts as a master naturalist with her involvement in Missouri Stream Team; last month she worked alone, removing trash from along Wildwood’s Hamilton Creek as part of an Operation Clean Stream event. Looking ahead, Yeager said she would like to try coordinating efforts between volunteers from both the Miramiguoa chapter and Stream Team to do land-based cleanups along creeks in Union.

To become a Missouri master naturalist, trainees must complete 40 hours of training — most of it in the classroom and some out in the field — followed by 40 hours of volunteer work and eight additional hours of advanced training, all within a year’s time. During the initial training, future master naturalists learn about a wide range of topics: prairies, forestry, aquatic ecosystems and bird migration.

One segment of the training, which focuses on caves, is taught by Danny McMurphy, a lifelong resident of Sullivan and a retired geologist who worked for the U.S. Army Corps of Engineers in St. Louis. McMurphy is currently a volunteer Missouri master naturalist (and past president) with the Miramiguoa chapter, as well as a seasonally employed naturalist at Meramec State Park.  In the classroom setting, McMurphy has taught future Missouri master naturalists about cave geology and also has led trainees through Meramec State Park’s Fisher Cave, teaching them about bat habitats and cave erosion.

As for prior experience, future master naturalists don’t need any particular academic degree or expertise. Miramiguoa Chapter President Besa Schweitzer used to work in the horticulture department at Shaw Nature Reserve and currently has her own native landscape business. Even so, she points out, plenty of Miramiguoa chapter members have worked in fields such as accounting and skilled nursing — professions completely unrelated to the activities of volunteer naturalists.

Being a Missouri master naturalist requires a significant commitment, to be sure, but the Franklin County chapter does its share of socializing, too.  “It’s a group of friends you get to know and see every month and share a common interest with,” Schweitzer said. “We talk about our gardens and what’s blooming and share pictures of our giant tomatoes. And if a bear walks through Franklin County, we’re all calling each other about it.”

For more information about Missouri master naturalists, visit this link.