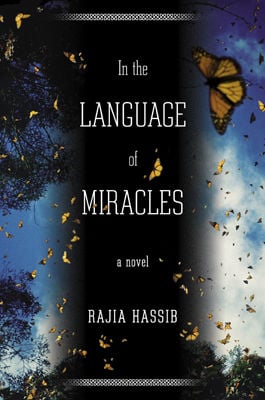 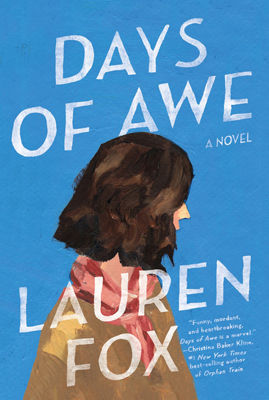 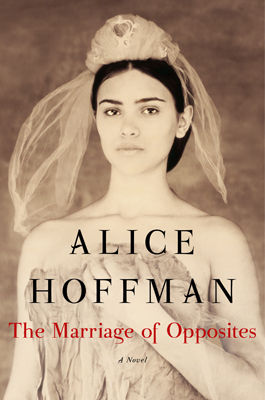 Well-drawn characters make you wonder what it would be like to walk a mile in their shoes. Rajia Hassib’s novel “In the Language of Miracles” has several that will make you stop and think in a story sure to stay with you. The cause of the tragedy that Hassib writes about occurs far too often in real life.

“Miracles” features an American and a Muslim family, and each chapter begins with an English and Arabic saying. For example, “The Lord gave, and the Lord hath taken away,” the Bible; and “God gave; God took; God will provide compensation,” Arabic. The sources for the quotes may be culturally different, but each mirrors the meaning of the other.

Samir Al-Menshawys came to America to study medicine, believing he could “build a life for himself and his family here, while preserving their Egyptian roots.”

He and his wife Samir buy a house in Somerset, N.J., where they move with their son Hosaam, happy to have the space because Nagla is pregnant with their second son Khaled.

The first people they meet in their neighborhood are the Bradstreets, Jim and Cynthia, who welcome them warmly. A friendship develops between their combined families, the Bradstreet’s son and daughter and Samir and Nagla’s two sons and daughter.

“Miracles” takes place over a five-day period a year after the families each lose a child. Cynthia Bradstreet is planning a memorial service for her deceased daughter; she visits Samir and Nagla to tell them about it but doesn’t invite them to the service, even though Samir wishes to attend.

The loss of Hosaam has devastated the Egyptian couple, and cast teenage Khaled into a dark place. He seeks comfort in an online relationship with an older girl, while his Egyptian grandmother, who has come to live with the family during their ordeal, finds solace in the Qur’an.

This is a riveting and important book. It drives home the fact that no matter what religion we practice or country we are from, we are more alike than we think. “Miracles” narrows the gap between us and may make us a bit more tolerant, understanding, and accepting.

Author Lauren Fox has penned her best yet with “Days of Awe,” a book about Isobel and Josie — best friends in a relationship fraught with deception that isn’t uncovered until Josie dies in a car crash. The book reveals Josie’s death on the first few pages, hooking you from the get-go.

The story is told from Isobel’s point of view. She and Josie were friends for 13 years when Josie’s car careens off an icy road into a guardrail. The women met at an elementary school where they both taught. Back then Josie was single, and Isobel fixed her up with her childhood friend Mark. Soon they are married.

While Isobel is dependable and predictable, Josie is charismatic and spontaneous, occasionally surprising Isobel with chancy larks and unbelievable stories. On one occasion, Isobel compliments Josie on a new coat, only to find out she’s shoplifted it — laughing the crime away as just an oversight.

Still the women are fast friends, cohorts who share the same sense of humor and bond at work, seasoned teachers who’ll wear the same pair of pants four days running, much to the chagrin of a clique of smartly dressed younger teachers.

Josie’s death throws Isobel into a tailspin. She feels no one understands her, and her marriage to Chris, already on shaky ground, suffers. The couple separate. Josie receives another blow when Mark tells her he’s fallen in love with one of the young teachers at her school.

As Isobel wades through a pit of emotions, pinpricks of uncertainty about Josie dog her, and she searches out the truth about her deceased friend, looking up a handsome male teacher Josie mentioned to her. As Isobel deals with new disturbing information, her relationship with Chris deteriorates further and a new man begins showing an interest in her.

“Days of Awe” enables readers to feel Isobel’s pain and sense the nagging doubt she has about a friend she adores, but one who seemed to be spiraling toward a bad end. It’s an engrossing novel, but far from cheery.

Master storyteller Alice Hoffman will hold readers entranced with her latest work of tantalizing fiction. “The Marriage of Opposites” is the saga of Rachel Pizzarro and her son Camille Pizzarro (Pissarro), one of the fathers of Impressionism.

Don’t rush this one — allow it to envelop you, your senses attuned to St. Thomas and Paris in the 1800s, “the place where everything beautiful began and ended.” On the island of St. Thomas the Pizzarros find religious freedom; Jews were guaranteed refuge from the Danish king, after they fled France, Spain and other countries.

The book begins on St. Thomas before Pizzarro’s birth, when his mother Rachel is 12, the daughter of Jewish parents, a strong-willed woman and a father she adores. Rachel “doesn’t follow the rules,” a trait she retains throughout her long life.

Her son Camille is cut from the same cloth, a young man who makes his own way despite opposition, preferring to paint rather than work in his father Frédéric’s store. Frédéric is Rachel’s second husband, a man she loves with undying passion.

It wasn’t so with her first marriage to Isaac Petit, nearly 30 years her senior, and the father of three children. Her father arranged the marriage for business purposes. Isaac is still mourning the loss of the wife he’s buried, but Rachel fulfills her marital duties and becomes a devoted mother.

When Isaac dies, she finds support in her lifelong friend Jestine, an African, and the daughter of the family’s cook. Jestine suffers her own heartbreak—the loss of a love child whose father steals the girl away, taking her to Paris so she’ll have a better life. This narrative thread is woven with secrets revealed late in the book.

With Isaac gone and no one to run the family’s business, young Frédéric arrives from Paris. He’s Isaac’s nephew, but that doesn’t prevent him and Rachel from falling madly in love and marrying, a marriage forbidden by law that causes the couple to be ousted from their Jewish community.

With issues of race and religious freedom tied in with a marvelous story, and main characters pulled straight from history, “The Marriage of Opposites” holds strong appeal. The novel is enlightening as well. Knowing more about Pissarro’s background, and circumstances, make viewing his paintings even more enjoyable.

All “Novel Ideas” titles are now available for checkout at Washington Public Library.