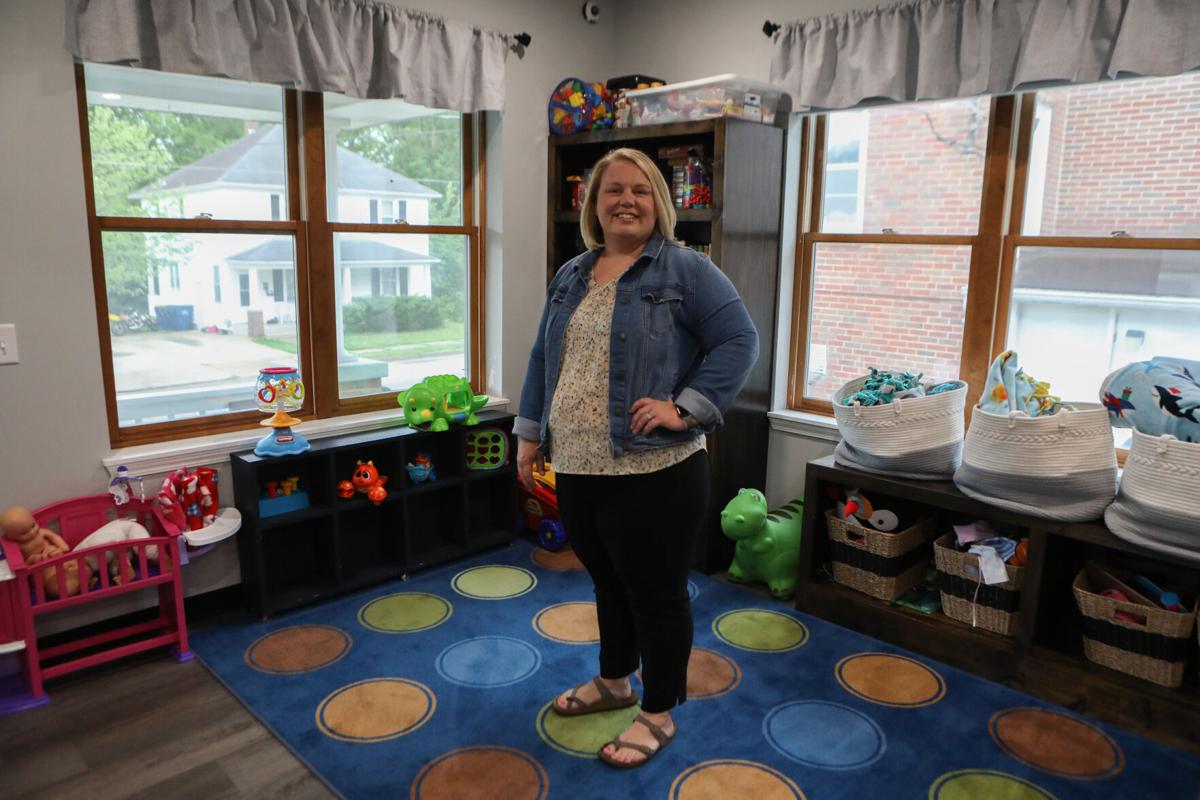 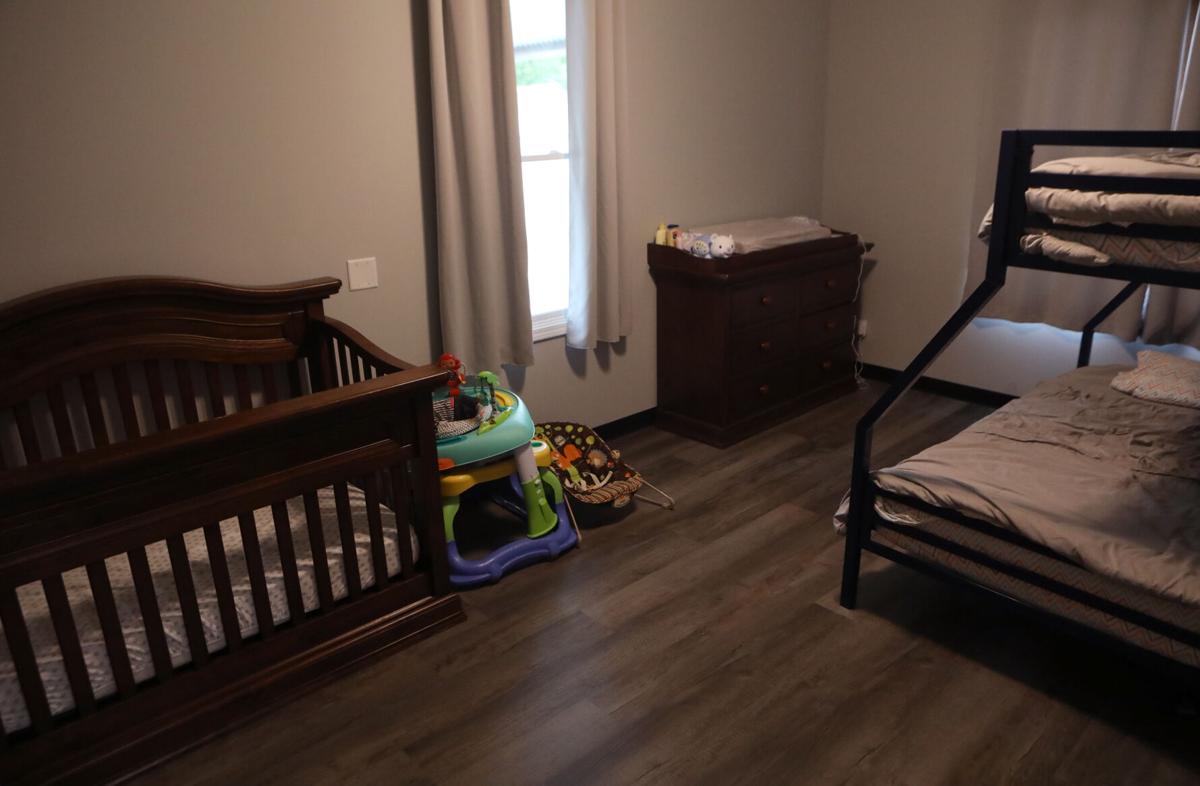 An empty bedroom is pictured at the second Grace's Place location in Union, which can serve six children at a time. 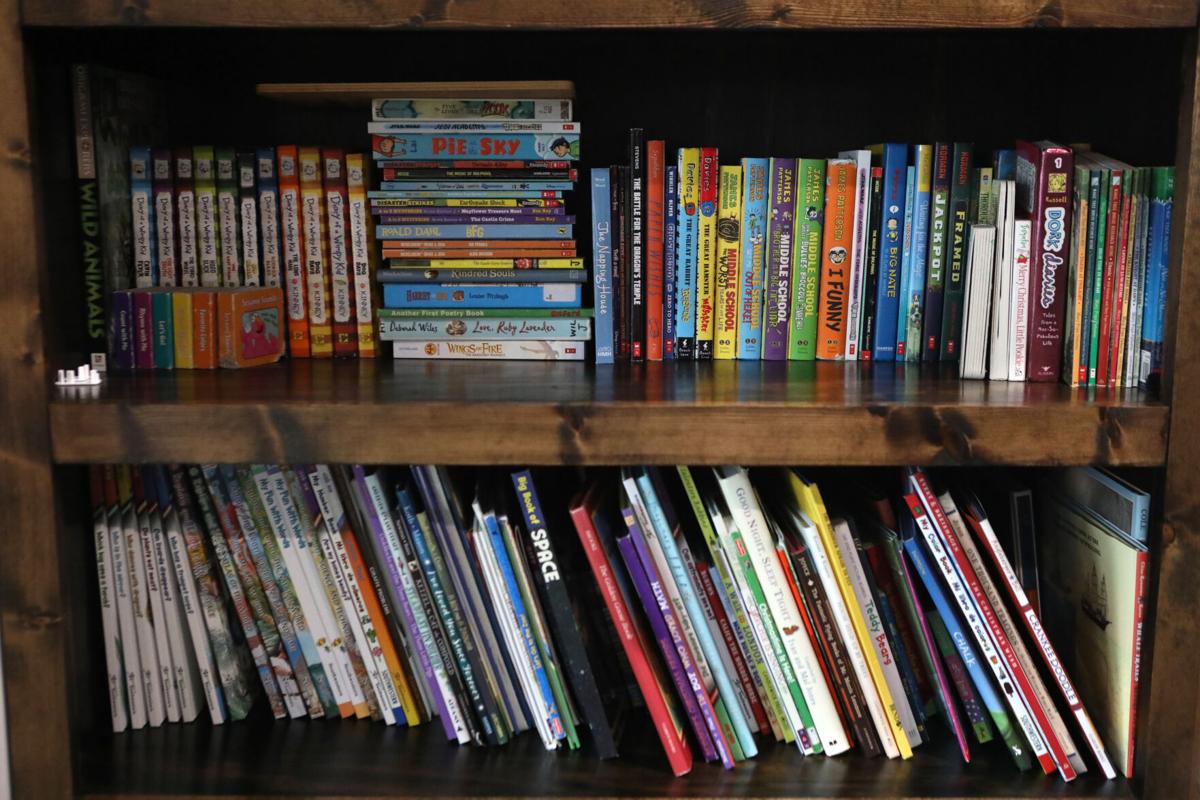 Children's books sit on a shelf at Grace's Place June 21 in Union. Since 2010, when the organization was founded in Washington, Grace's Place has housed nearly 900 children.

An empty bedroom is pictured at the second Grace's Place location in Union, which can serve six children at a time.

Children's books sit on a shelf at Grace's Place June 21 in Union. Since 2010, when the organization was founded in Washington, Grace's Place has housed nearly 900 children.

Over six years ago, Grace’s Place CEO Amanda Jones began envisioning a second Grace’s Place home, one to build on the impact of the Washington-based emergency shelter for children in crisis. It had only been about five years since Grace’s Place was founded in 2010, but the nonprofit already had served hundreds of kids, and Jones knew there were more who needed help.

“With our county being so rural, there is no public transportation, and there was a mindset that people couldn’t get to Washington,” Jones said. “We just knew if we were able to offer an additional location that there were going to be so many more families that we were going to serve.”

The vision became a reality this year, with Grace’s Place, Union, officially opening in the spring. To date, the Union location has cared for around 50 children for a total of almost 6,780 hours. The home can house six children at a time, and the Washington location can house eight.

Grace’s Place Inc. is the only emergency shelter for children in Franklin County. The nonprofit houses babies through 18-year-olds in situations involving abuse and neglect, homelessness, family illness or other crises for up to 30 days at a time. During its 11 years in operation, the nonprofit has housed nearly 900 children.

Programs Director Jenni Mayer, who also acts as a case manager and was formerly a house parent at Grace’s Place, Washington, said she has seen the number of children served and hours of service increasing each year she has been involved. She said the age of the children varies widely, with more older kids seeking shelter in Union so far.

Jones also spoke to the growth of the mission over its 11 years.

“For us, Washington was a great place to start because the community really identified the need for a crisis shelter for children. It was still an uphill battle to get our location in Washington, though, because there was a lot of stigma,” Jones said. “I think there’s now been a paradigm shift where people realize homeless people do exist and are not all bad, and we shouldn’t hide them.”

Jones said once Grace’s Place had the idea for a second location, the next step was securing funding. Over the past few years, the shelter began saving and seeking donations and grant money to fund a second home. In 2019, the organization’s revenue and expenses were around $550,000, according to the IRS, but much of that goes to the cost of operating the Washington location — largely, Jones said, purchasing legally mandated insurances for the kids and staff.

A “huge help” also came in the form of the state’s Neighborhood Assistance Program, which provided around $150,000 in 50 percent tax credits, good for five years, Jones said. The group has sold around $64,000 so far. The tax credits are available to purchase at gracesplacecrisisnursery.com.

The group initially was going to build its new location on an empty lot, but one they purchased in Union was later identified as being in a flood plain.

“The city was really nice to us and bought the land back,” Jones said. “Union has been supportive of this.”

The group then identified the former Rainbow Abilities Center building at 219 N. Christina Ave. The nonprofit, which serves adults with developmental disabilities, had consolidated its two locations at 3 Prairie Dell Plaza in Union in 2017, and Jones knew almost immediately that its old location would be the new Union home for Grace’s Place.

“When we walked through before we bought it, we were saying, ‘We can really see ourselves here. We can see this happening,’ ” Jones said. “We added bathrooms, a laundry room, a full kitchen. Pretty much every room was changed in some way, shape or form, and it looks so wonderful.”

Bob Loughman of Jasper Builders, the same team constructing Hope Ranch in Stanton, was general contractor on the project, which Jones said ended up costing just over $200,000.

“We actually didn’t end up needing all of the tax credits we were allocated because our general contractor was able to do such a great job of managing the project,” Jones said. “One of his employees had a family member who’d used our services before, so it was even more meaningful. Yes, it’s a job, but they really got behind our mission.”

The renovation, initially planned to take up to four months, took almost 11 due to COVID-19-related interruptions in the construction industry. At one point, the plant producing a special wheelchair-accessible shower tub was shut down because its employees were sickened with the virus. Another outbreak at the factory making the nonprofit’s kitchen counters caused similar delays.

For Jones, however, the eventual opening was worth the wait. She said, “We’re very lucky to get to do this.”

The opening of Grace’s Place, Union, comes amid major strides among the nonprofit community in Franklin County, particularly those serving children and families. Last fall, the Franklin County Family Resource Center opened at the former Clark-Vitt Elementary School in Union and now houses over a dozen organizations, including Lutheran Family and Children's Services, Franklin County Foster Closet, family counselors and the Franklin County Community Resource Board. And 30 minutes south in Stanton, the Hope Ranch home for area foster children is expected to welcome its first children this fall.

Mayer, who previously worked in the Children’s Division, stressed the importance of having places such as these that are willing to serve a whole family, not just the children. “It was so nice in Children’s Division to have places we could call to help us do our job. All the organizations work really well together.”

In 2020, the pandemic slowed donations to the point that as of Thanksgiving, the nonprofit had raised only 38 percent of its $150,000 goal. Over the month of December, Jones said last-minute donations filled the gap.

“We were so surprised,” she said. “What it really came down to was people who could give just keep giving more. We had people donate their stimulus checks or extra income they didn’t need. It was really the true acts of kindness we saw last year that (caused us to) end up hitting our goal.”

Jones said her next goal is to meet this year’s fundraising need. She said Grace’s Place would not be opposed to opening more locations long-term and even briefly considered one in Sullivan, but the funding opportunities are scarce.

“We’re very lucky in Franklin County because our major funder is the Community Resource Board, which for several years had the Putting Kids First tax initiative,” Jones said. “Gasconade, Warren, Jefferson counties, they don’t have this tax initiative. I believe every community needs an emergency shelter for children, but the question is how do you support it? What funding sources are needed to keep the doors open? That’s the barrier we’re at right now, so for us to have the resource board and get the funding for a second location, we’re very lucky.”