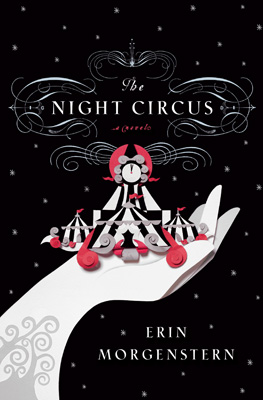 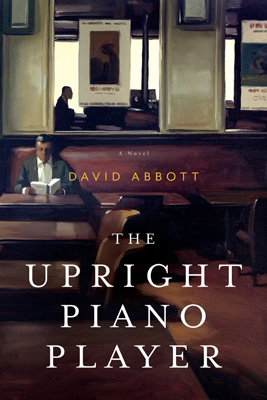 The wait was worth it. When the train mysteriously rolls into town and tents materialize with the wave of a wand, visit “The Night Circus,” by Erin Morgenstern, a novel featuring the most unique of big tops.

Read “The Night Circus” and be mystified, finish it, as breathless as an aerialist, and you’ll want to start again—to better understand the illusions that have slipped through your fingers like a red scarf, because of the author’s creative sleight of hand. One wonders at the well of inspiration Morgenstern tapped to imagine the alternative universe that comprises Le Cirque des Rêves, and the performers she fashioned to bring her book to life.

A child is delivered to her father, a magician in the theater. Celia is only 5 when she’s forced into the care of Hector Bowen, an impossibly cruel man who abuses her, but realizes she possesses uncanny gifts that will serve him well in a competition that is planned years down the road. Hector becomes her teacher, training Celia to use her powers to tie her shoes without touching the laces, heal each of the fingers he lays open with his knife, and mend the tiny wrist he breaks with a paperweight.

Her father needs a brilliant contestant, one of the most accomplished to pit against a contestant his challenger is grooming. Known as the man in the gray suit, Alexander has an equally competent contestant in Marco, a boy with a gift of illusion as stellar as Celia’s.

Chess pieces in place, Marco and Celia’s competition begins—their set is a circus of black and white striped tents that travels the world, but is only open at night, one that offers atmospheric acts that defy comprehension.

Bailey, a young boy, sneaks into the circus one day, and is captivated with Poppet, a spirited girl who foresees the future and performs an enchanting act with kittens, with the help of her twin brother Widget. Bailey and Poppet will be instrumental in the competition, but they don’t know it at the time—neither do Marco and Celia, magicians.

In a fantastical world where a circus draws its power from a fire sparking flames in a cauldron, where performers never age, and tents sparkle with stars plucked from the heavens, love blooms, and complicates, the delicate balance is disturbed, evil infiltrates.

It all happens in “The Night Circus.” Step right up—you won’t want to miss this amazing book.

It’s impossible to set aside “Light From a Distant Star” once you begin. Author Mary McGarry Morris deftly transports readers to Springvale, a small town where we meet 13-year-old Nellie. The plucky girl faces a long summer ahead in charge of her brother Henry. If that isn’t bad enough, she’s forced to deal with Charlie, her curmudgeon of a grandfather, and cope with Ruth, an unappreciative big sister bent on finding her “real” birth father.

Stir into the mix Sandy and Benjamin Peck, Nellie’s parents, mismatched and facing financial ruin; Max, a dark, troubled stranger with a past; and Dolly, an exotic dancer renting a room from the family, and Nellie has lots on her plate. Yet the girl becomes the moral kingpin of this marvelously written novel about the wisdom of children, and the repercussions of looking the other way.

Armed with a how-to book in hand, “Get Tough!” by Major Fairbairn, Nellie is sure she can change her brother, a boy afraid of his own shadow. Nellie and Henry are always together because their mom has been forced to return to her job as a beautician. The big box stores have come to town, driving the final nail in the coffin of Peck Hardware, a downtown institution that’s been in their family for generations.

Though the business has become an albatross, Benjamin Peck drags his feet when it comes to selling, even though he has a buyer. Much to his wife’s dismay, Benjamin is a dreamer, more interested in history than business, “an impractical man caught in the most practical of lives.”

Mr. Cooper, the interested buyer, comes around the Peck house a lot, married with children he seems strangely interested in Dolly, the new renter, at least that’s what Nellie notices, and hears, her ear pressed up to the wall. Nellie’s parents would be shocked to know Nellie’s eavesdropping, and continue to welcome Mr. Cooper to their home. They have to — their future depends on it.

The Pecks’ financial woes and other problems pale in comparison to what’s in store for them, a violent crime that threatens to alienate Nellie and destroy another Springvale family. Suspect is Max, the drifter who Nellie’s mother has never trusted.

In one summer, Nellie learns more than most people do in a lifetime. Her journey makes for a riveting read, a book as equally engrossing as another recent coming-of-age story, “Wingshooters,” which is drawing rave reviews and was previously featured in “Novel Ideas.”

Why are the stars aligned for some, but for others they reign chaotic? Questions arise when reading, “The Upright Piano Player,” a first novel by Englishman David Abbott.

Meet Henry Cage, owner of a lavish home in London, has years with the company he started and a Mercedes in the garage. Life’s good, until it goes south, and Henry’s house of cards begins to fall.

“The Upright Piano Player” begins in England in 2004, with the worst personal tragedy imaginable aimed at Henry. After a shocking beginning, the novel switches back five years, with Henry being forced into retirement. At 58, “He had arrived at Gate Retirement without itinerary, ticket or passport.”

Henry faces his job loss without his wife. Before his career collapsed, Nessa began a torrid, but meaningless affair, a fling Henry found unforgiveable. After their divorce, Nessa moves to Florida, where she battles cancer. The split so breaks their adult son’s heart that he refuses to tell Henry about a baby he and his wife have had until the boy is 4-years-old.

Of course Henry is thrilled when he is finally told, instantly ready to embrace this new relationship with little Hal, but it does end a romantic one he’s struck up with a much younger woman. To compound his troubles, there’s a violent episode during a millennium celebration in London. Our sympathy extends even further to Henry, a man who fails to see himself as a victim.

Henry has fortitude and courage — he weathers the worst and retains his acceptance of “what is.” Henry perseveres, and when he does finally get a break, a chance at happiness, there is that backbreaker of a tragedy.

It seems so unfair, but then life can be that way for some people. That seems to be the lesson in this introspective, little novel. If only we could all be a bit more like Henry.