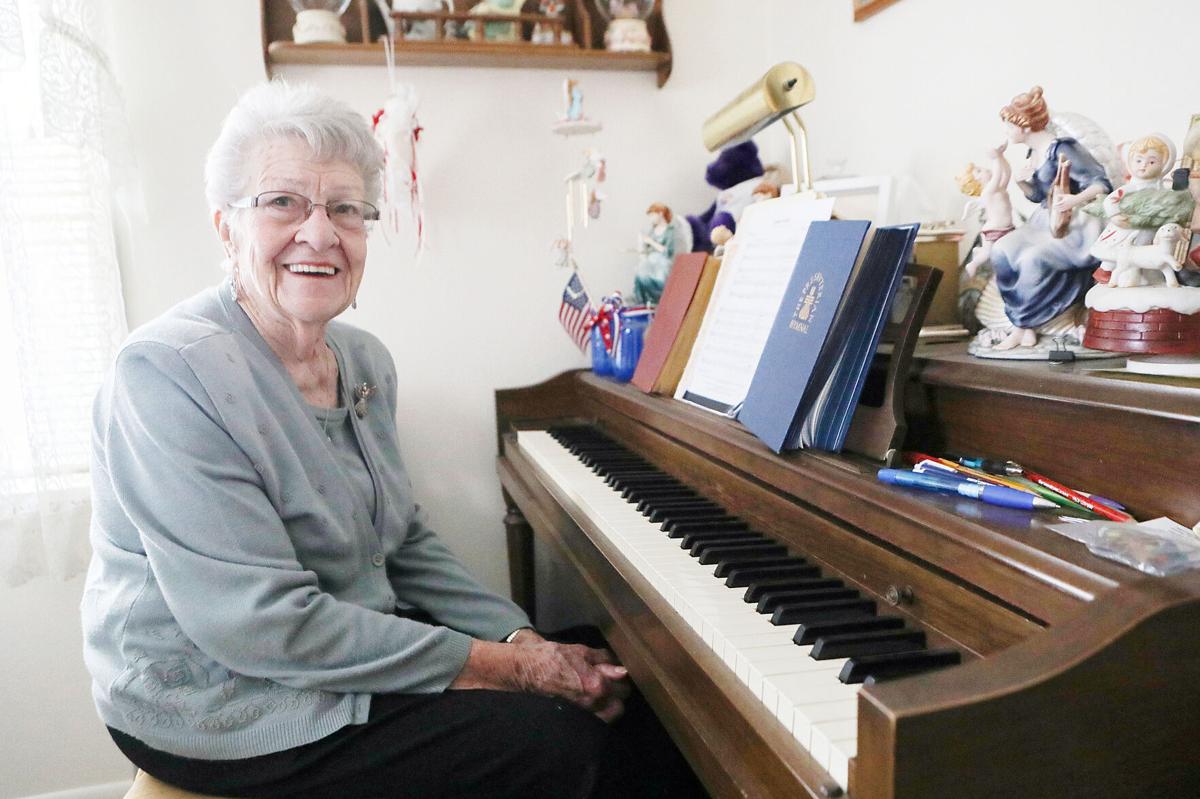 Anna Mae Boehmer is photographed at her Washington home Dec. 29, 2021. 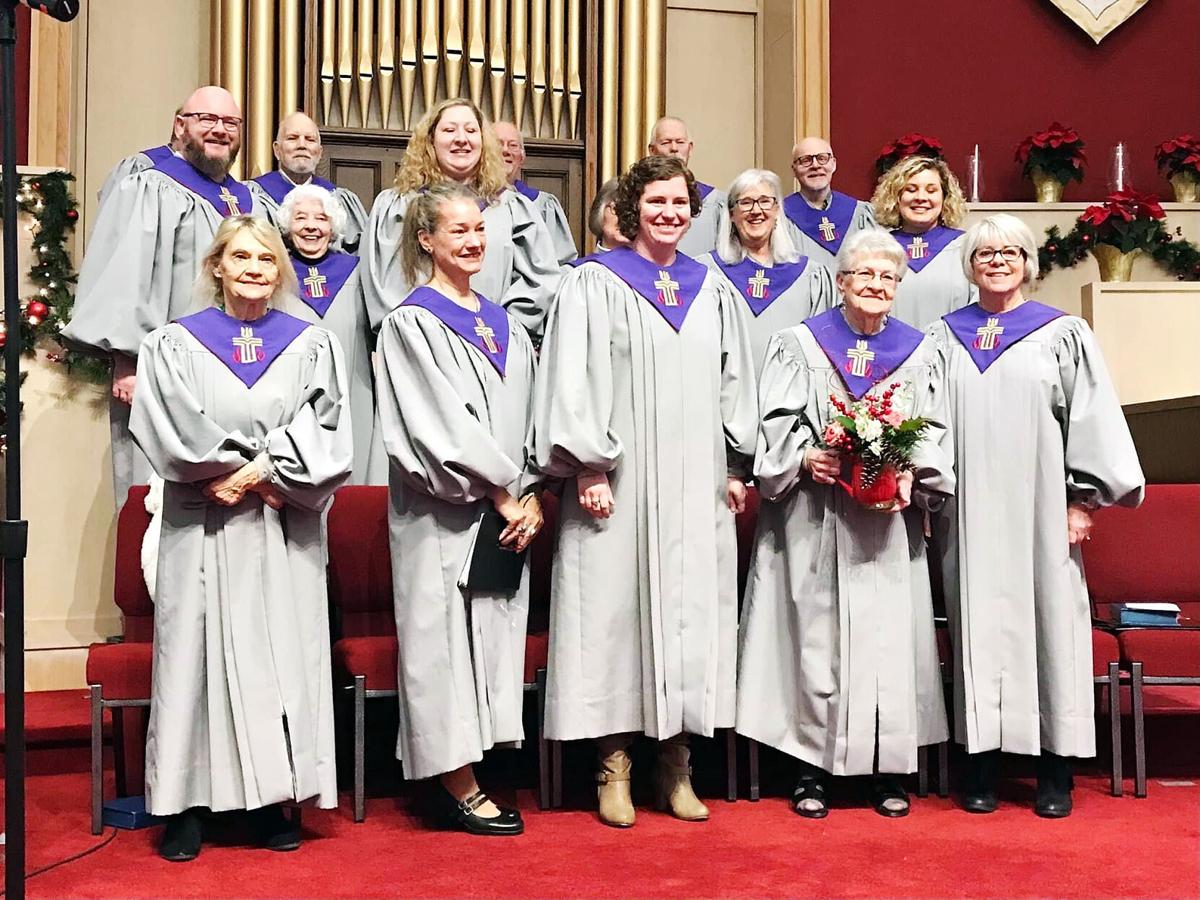 Anna Mae Boehmer, front row, second from right, holds flowers awarded to her Dec. 19 at the Presbyterian Church of Washington. 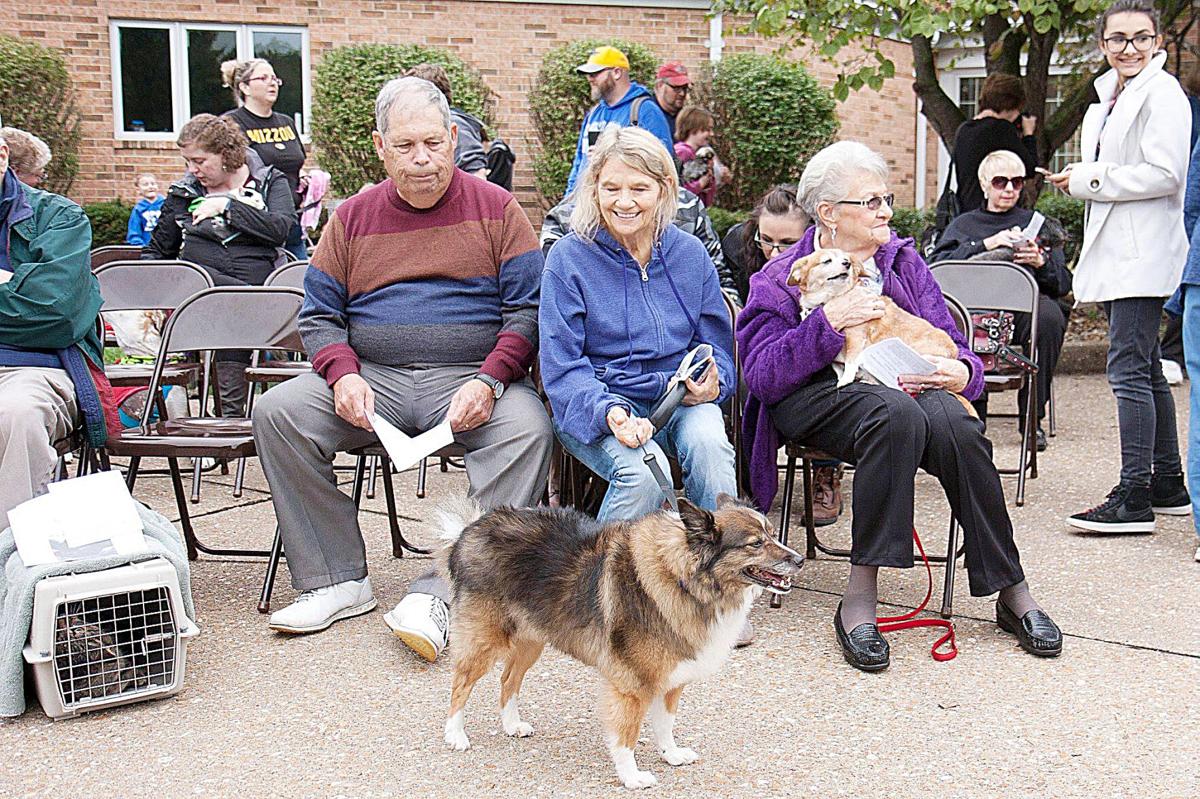 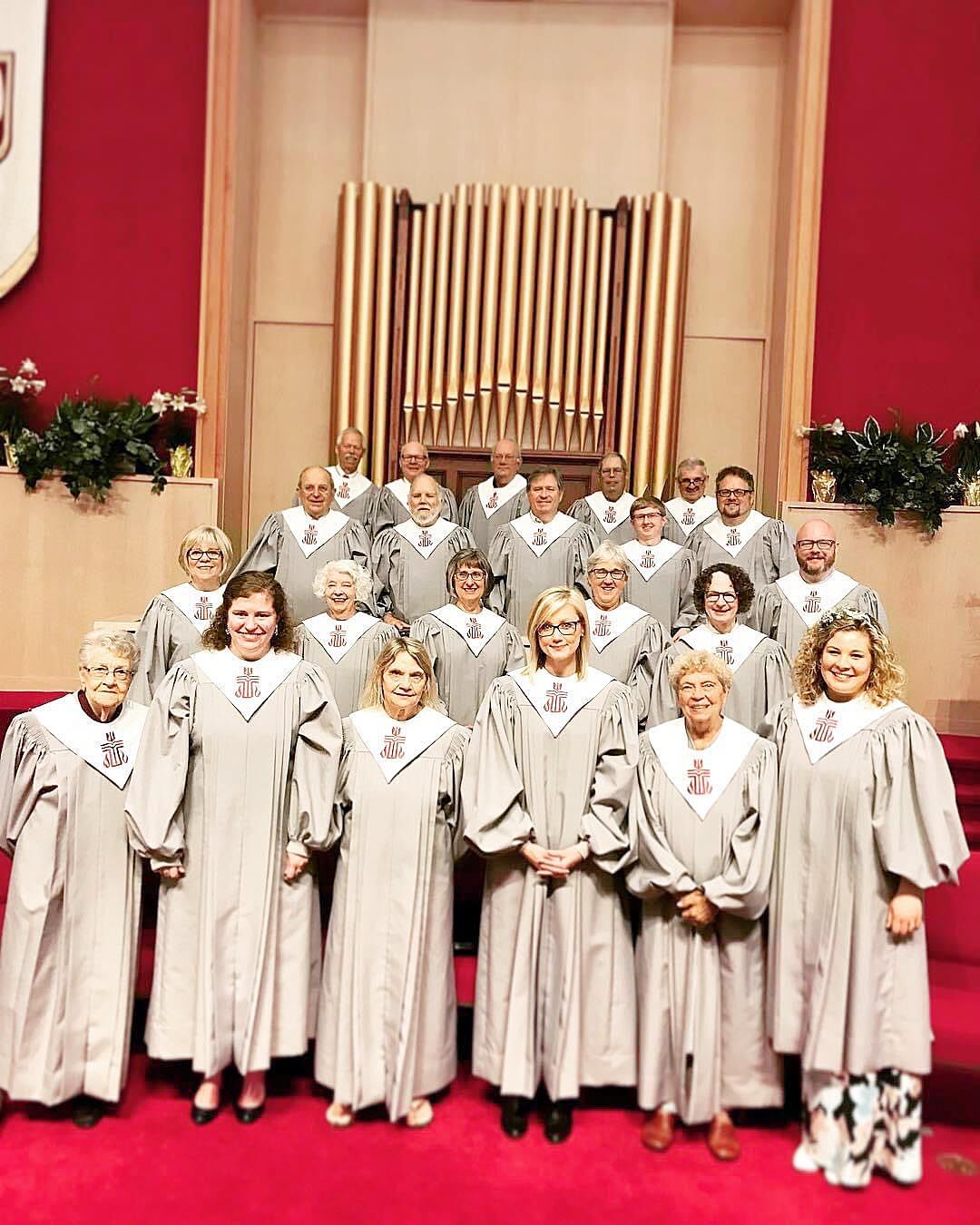 Anna Mae Boehmer, far left, poses with members of the Presbyterian Church of Washington choir. Boehmer is the longest-tenured member of the group.

Anna Mae Boehmer is photographed at her Washington home Dec. 29, 2021.

Anna Mae Boehmer, front row, second from right, holds flowers awarded to her Dec. 19 at the Presbyterian Church of Washington.

Anna Mae Boehmer, far left, poses with members of the Presbyterian Church of Washington choir. Boehmer is the longest-tenured member of the group.

When Anna Mae Boehmer started piano lessons as a little girl, her feet could barely reach the instrument’s pedals. On Sunday, Dec. 19, those same feet stood near the altar of the Presbyterian Church of Washington, where Boehmer was honored as the church’s longest-tenured member of the choir.

“They gave me a plaque and flowers and a lot of hugs. I was floored,” Boehmer said. “I was just absolutely got.”

Accompanist Emily Bounds said no one else in the group “even comes anywhere close” to Boehmer’s number of years of choir membership.

Boehmer, now 86, joined the choir in 1946, when she was 12, and has sung with the group nearly every Sunday for 75 years since. She’s spent around 243,000 minutes either practicing or performing with the group, and has been led by several different directors, most recently Aaron Bounds.

“She’s just a staple,” he said of Boehmer.

Boehmer said music has always been part of her life. Growing up, she was drawn to the dark wood upright piano that her mom had received for free from a newspaper listing several decades earlier — Boehmer still has the piano in her basement. She took lessons from Nila Bourne on Main Street, who at the time was the choir director and organist at the Presbyterian Church.

“They usually didn’t put people in choir until they were 14, but they were very short on sopranos. So she had me sing for her,” Boehmer said. “That’s how I ended up in the choir as a young kid.”

Each week, Boehmer walked from her childhood home about five blocks east of the hospital to the Presbyterian Church, then situated at Fourth and Market streets. She said she quickly felt accepted by the mostly older members of the choir, including one member who was particularly special.

“My dad (Charles Wolking) and I were in the choir together for a while. I guess I kind of took after him,” she said. “My dad was a beautiful tenor. Beautiful tenor, and he was a sweetheart.”

Boehmer also felt the influence of her family each time the choir was accompanied on the church’s organ, which her great-great-aunts had donated before she was born.

Boehmer said the closest she ever came to quitting the choir was around the time she and her late husband, Wilbert, whom she wed at the church in 1955, welcomed son Charles and daughter Denise.

Boehmer had told friends Etta “Boots” Bonney and Jeri Brockman that she would have to quit, and both insisted she stay in the group.

“They would take turns watching them, sometimes getting in arguments about who would get to keep the baby,” Boehmer said, laughing. “That’s how I got to stay in the choir when my kids were little.”

As her children got older, Boehmer also led singalongs during Sunday School, which is where accompanist Emily Bounds met her.

Among Boehmer’s favorite hymns to sing are “How Great Thou Art,” a Swedish hymn originally composed by Carl Boberg and made popular during the Billy Graham crusades; “Amazing Grace,” which was written by Englishman John Newton, a former slave trader who became an ardent abolitionist; and “In the Garden,” composed by Charles Austin Miles, an American pharmacist who left the industry in the early 1900s and went onto write 400-plus hymns.

“I remember her at the piano, teaching us songs for church,” Emily Bounds said. “I’m a music teacher now, and a lot of my early music experiences were with Anna Mae in church.

“She’s been very impactful to me, and even more than music, she has just always been a steadfast, loyal person in my life.”

Aaron Bounds, who met Boehmer when he started directing the Presbyterian Church choir in January 2019, described Boehmer as “the heartbeat of the church.”

“Anna Mae is so much more than the choir. She makes the coffee every Sunday, she makes sure the robes are clean and (sets up) communion. She (handles) all the details,” Aaron Bounds said. “She’s like a low hum. You always know she’s there.”

For the Bounds family, Boehmer’s consistency is evident not only in her dedication to choir but also in her work throughout the church.

“You can tell when Anna Mae looks at you that you are loved,” Emily Bounds said. “She’s consistent with her love for everyone in the church.”

As Boehmer approaches her 90s, she said she can’t promise that she’ll sing with the choir forever, but she is grateful for the seven-plus decades spent singing.

“Mrs. Bourne would just be pleased as punch if she knew I was still singing,” Boehmer said. “But I just enjoy it.”