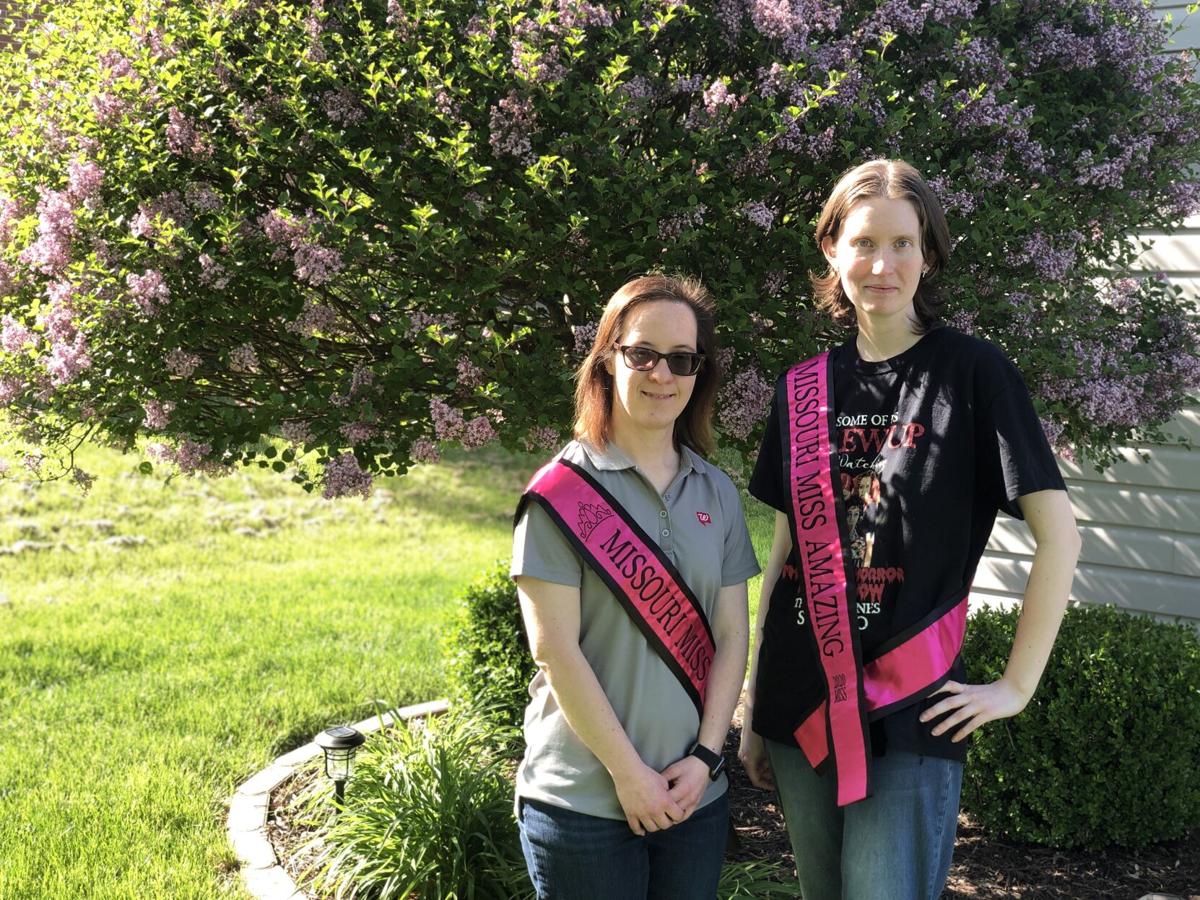 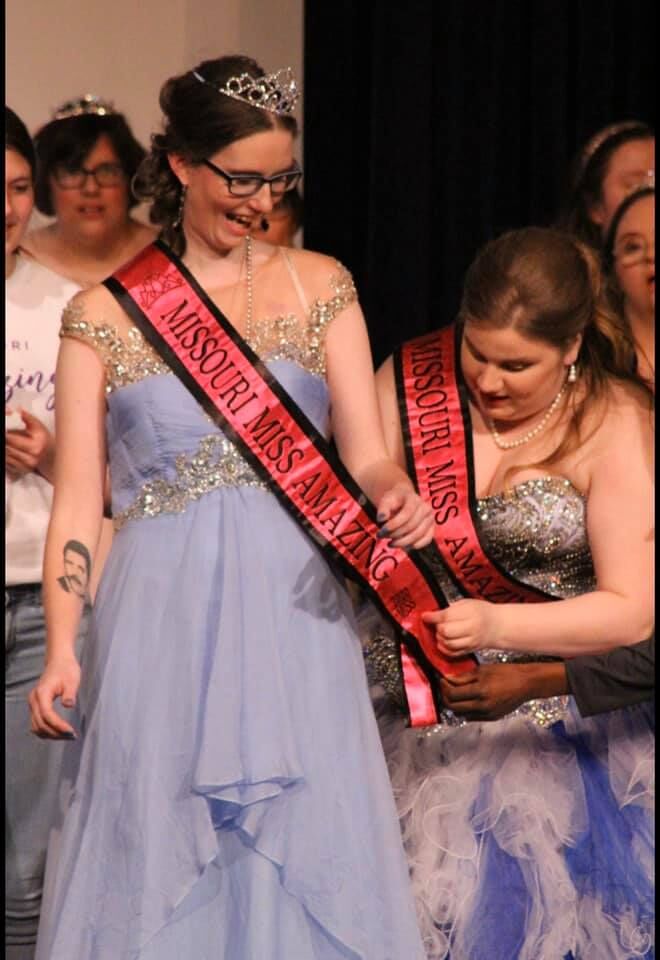 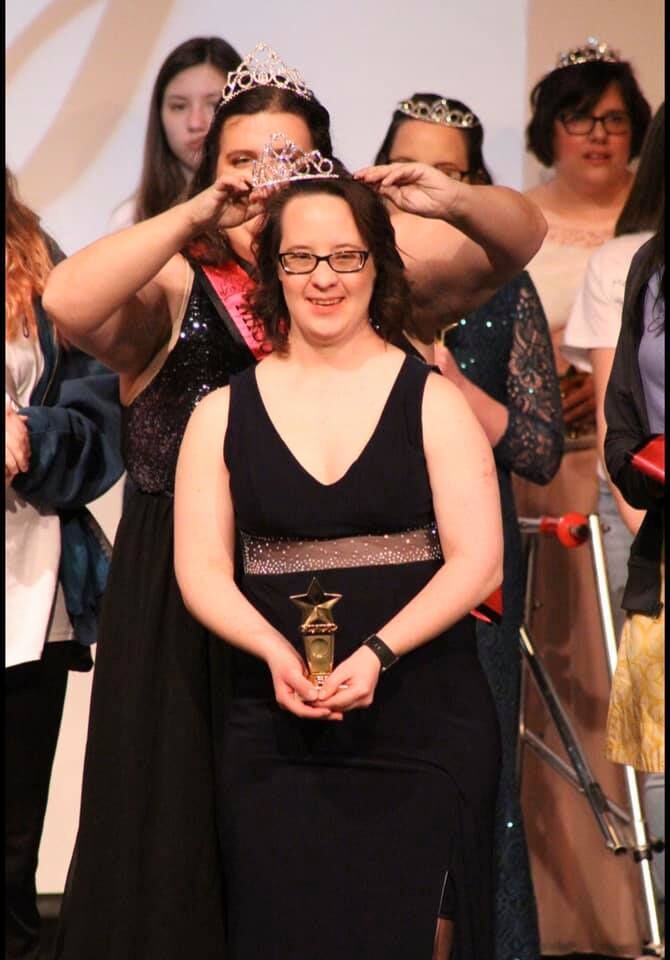 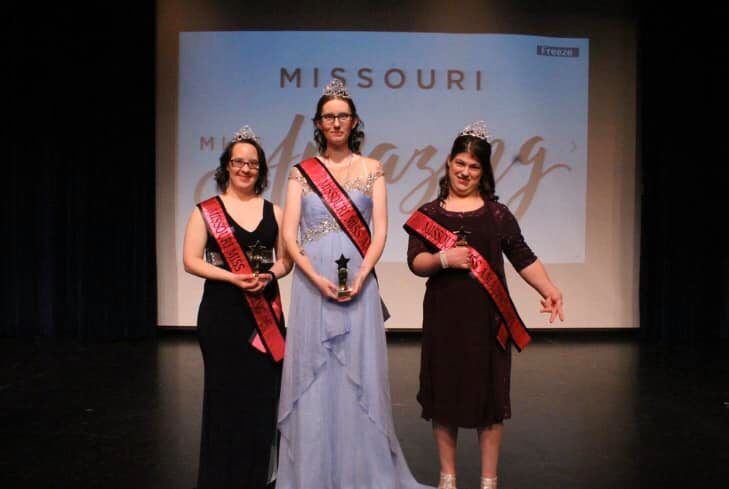 Crowned winners in the 2020 Missouri Miss Amazing Pageant, a program for girls and women with disabilities, Koch and Hudson say the program’s greatest prize is the community, confidence and contentment it brings.

“When they announced the winner, I was blown away to know I was able to win,” said Koch, 36. “Everyone was surprised and happy.”

Koch first participated in the pageant program several years ago and has gone back almost every year since for the annual weekendlong event. Each year, she said, she gained confidence and improved her skills in the various activities. Although initially she didn’t look forward to interviews with judges, she says now the interview is one of her favorite ways to express herself. And she and her family say her chosen talent of giving PowerPoint presentations also has helped improve her confidence and public speaking skills. The presentation that won her the title was about her experiences competing in Special Olympics and traveling to Seattle for a national competition several years ago.

Her most recent presentation was about living with Down syndrome. She expressed her gratitude for her parents, her boyfriend, friends such as Hudson and her ability to be independent through living in her own home, her dad’s former house that she grew up in.

“I’ve gotten to know myself better through Miss Amazing. I love the interviews because I learn more about myself and who I am. It comes naturally,” Koch said. “And then I can help fellow (participants) like Deanna.”

Hudson’s winning performance at the 2020 competition was her first time competing at Miss Amazing. For the talent portion, she sang Elton John’s “Tiny Dancer.”

“It was good to get out of my shyness, and with Miss Amazing, everyone’s a winner,” Hudson, 27, said. “My favorite part is doing the talent because I love to sing. I grew up loving music and listening to old country songs with my dad.”

Koch and Hudson say the experience has helped them become better communicators and public speakers, which has improved their job performance. Hudson is employed at Walmart in Union, and Koch has worked at Walgreens in Washington for about five years.

The pageant began in Omaha in 2007 and is now in 33 states. State coordinator Tope Banwo has worked with the program, which is a 501(c)(3) nonprofit run entirely by volunteers, since shortly after it started and said her goal is to see Miss Amazing in all 50 states and internationally.

“The biggest thing for me is to see their confidence grow year after year,” Banwo said. “They’re so excited now to be on stage. And also seeing their friendships. We pair buddies with the girls who are like mentors, and they’re excited to see each other the next year.”

The participants range in age from 5 up to their 80s, Banwo said, and are split into different age divisions for the pageant activities.

Past Miss Amazing pageants have been in Chicago and California, and this year’s nationals will be in Nashville. Double the number of participants will be traveling in for the event. Banwo explained that because the 2020 nationals was postponed and then canceled due to COVID-19, that year’s state title winners, including Hudson and Koch, were invited to attend the 2021 national event. They will be among fewer than 10 girls and women representing Missouri.

Title winners Koch and Hudson are unable to title again in the same division, but both participated in the 2021 Missouri pageant, which was held remotely. They said holding the event via Zoom was better than nothing but not the same experience.

Koch and Hudson are excited to road-trip to the music city, which neither has visited before. Koch’s mom, Debbie Koch, said she is grateful the family will be able to make the trip all together. To help cover the expenses of travel, hotel and meals, each participant has a fundraising profile online at saq2021.funraise.org.

“Not all the gals have the support and resources to go,” she said.

Although Amanda Koch is active in other organizations such as ABiLITY and Special Olympics, she said Miss Amazing has helped her develop confidence and healthy pride in a unique way. For Banwo, that’s the best part of the program.

“The girls are my favorite part of doing this. They inspire me to be myself,” Banwo said. “With women with disabilities, society tries to tell them what they’re worth. This program allows women to define themselves on their own terms.”