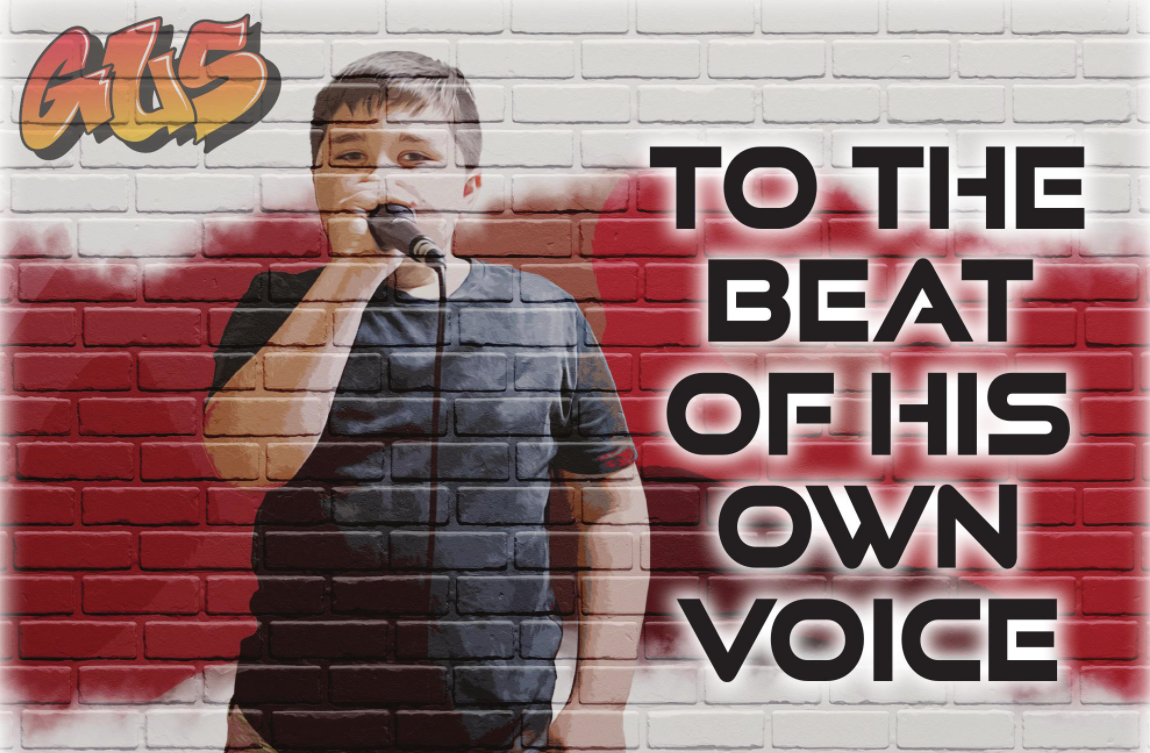 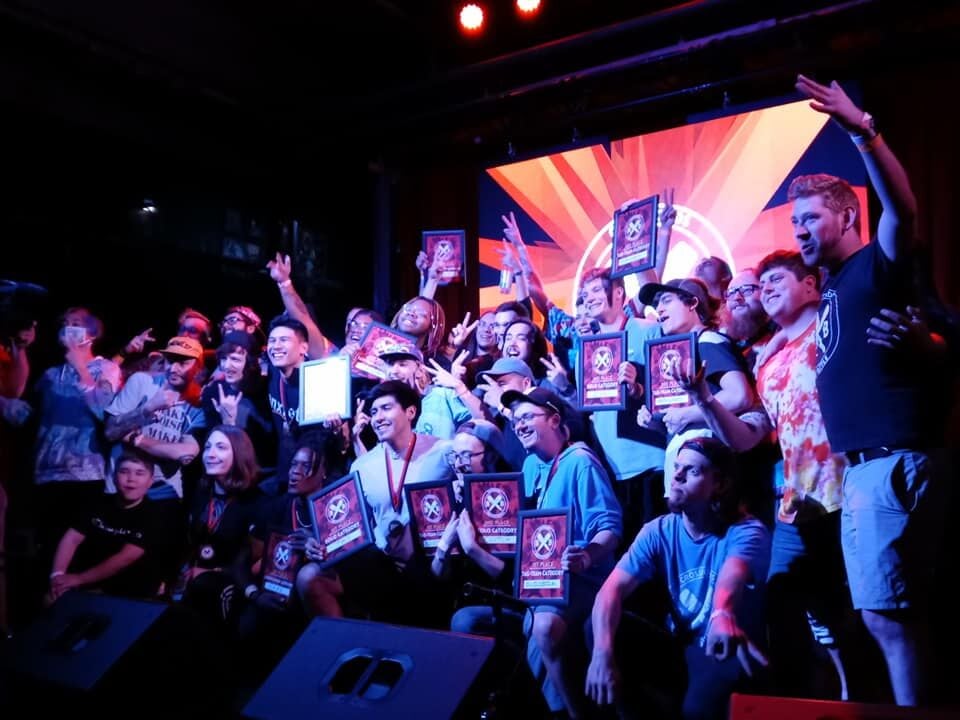 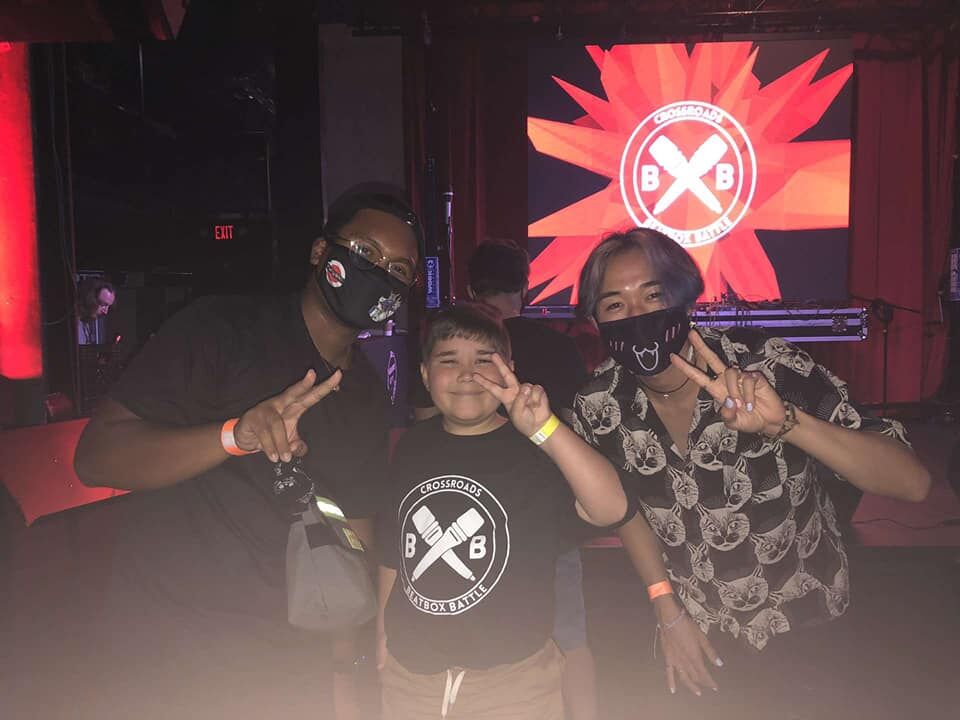 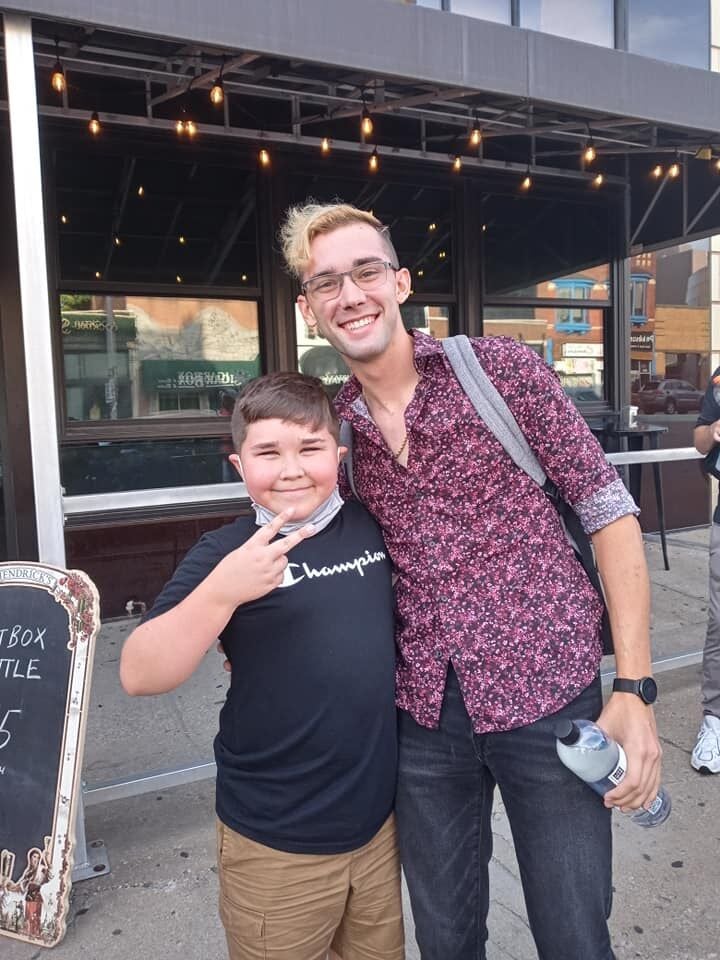 When he first stepped onto the stage, the bright lights warming his face, Gus McAfoos had never performed with a microphone before. A stagehand adjusted the stand’s height to better suit the 11-year-old Washington boy, and as McAfoos began, he concentrated on remembering the microphone tips that helpful fellow competitors had shared backstage. When he stepped off the stage on the final day, he had performed what would later be ranked among the top beatboxing performances of the day.

It was his first performance for a crowd larger than family and friends, and McAfoos, a fifth grader at South Point Elementary, earned 15th overall in the Crossroads Beatbox Battle, an international competition attracting primarily adults. The closest competitor in age to McAfoos was at least seven years older than him, his family said. The event was held Aug. 27-29 in Kansas City.

“I was very, very surprised,” McAfoos said, beaming at the memory.

McAfoos began practicing beatboxing in earnest a little over a year ago. From the moment he first saw the video on a tiny handheld screen, he could not get the rhythm and precision of beatboxing out of his head. He had been filling time on another day of virtual schooling during the COVID-19 pandemic in March 2020 when he stumbled upon a YouTube video of Australian Jack Codling forming the most intricate sounds and beats with only his vocal chords, mouth, tongue and lips. Codling, better known as Codfish, is a famous beatboxer who earns his living performing — and it was on that day that McAfoos decided he wanted to become one, too.

He started with the basics, learning simple bass sounds from YouTube tutorials and repeating them for hours until he could control the exact sounds he made — often to the annoyance of his sister, Ella, he said, laughing. After he perfected those, he progressed to more intricate sounds and began to combine multiple sounds to make rhythms.

Although his parents, Devin and Deaneal McAfoos, knew what beatboxing was, they said they weren’t aware of how many techniques and layered elements that good beatboxers had to master.

Beatboxing is a form of vocal percussion that gained popularity in the 1980s as a technique in hip hop music, though it has historical routes in African traditional music, vaudeville, blues and ragtime, according to the Western States Folklore Society.

With the rise of electronic and techno music in the early 2000s, drum sounds are only the beginning of the sounds modern beatboxers have learned to mimic. A favorite of Gus McAfoos’ is “the zipper,” the sound of a zipper being opened and closed, and other beatboxers have mastered “the scratch,” in which the musician sucks air around their fingers to mimic the sound of a record scratching, and “the water drop,” which combines an airless whistle with a perfectly timed tongue click to create the noise a leaky faucet would make.

Among the first harder elements Gus McAfoos mastered — after several months of practice — was “the drop,” which involves the beatboxer’s vocal chords quickly lowering the pitch of the word “drop.”

“That one was probably hardest because I would always mess it up,” he said.

Deaneal McAfoos said her son would excitedly show them videos of beatboxers on YouTube, and she quickly realized that he was becoming good enough to be one of them if he wanted.

“He would always show me videos of beatboxers and beatboxing competitions, so I said, ‘I wonder if there are any competitions around here,’ because I thought he was good enough to (go),” Deaneal McAfoos said. “We found one in Kansas City, and I had to message the competition and ask if there were age limits. I had no idea what we were walking into.”

The competition replied that they would welcome a child competitor, but because there was no division for children, Gus would have to compete in the general adult category and be judged accordingly.

The competition kicked off that Friday with an open-mic night in a clothing store. Following a brief lesson in how to use a microphone from a few fellow beatboxers — who the family later learned were Chris Celiz and Gene Shinozaki, the 2018 world champions of tag-team beatboxing — Gus McAfoos performed an original beatbox combining some of his favorite skills.

The audience erupted into applause for him, with the men who’d helped him with his microphone as well as several career beatboxers telling him how impressed they were.

“Here I am asking them mom questions like, ‘So this is what you do for a living?’ and I didn’t know they’re (the) reigning champions,” Deaneal McAfoos said, laughing.

For Gus McAfoos, the camaraderie with the older competitors quickly became his favorite part of the eventful weekend. After he placed in the top 16, he was invited to compete in a beatboxing battle where he was set to go up against last year’s winner of the competition. Although the McAfooses were initially nervous, they said the man couldn’t have been nicer and more helpful.

“He was nervous to go against Gus, and Gus said not to be afraid to perform hard,” Deaneal McAfoos said. “All those other (competitors) were in their 20s, but they were all so nice to him. … They didn’t give him any slack because he was young. They judged his (beatboxing) like normal.”

In the month after the competition, Gus McAfoos has continued to practice each day with a new speaker and microphone set up in the downstairs family room. He is eagerly anticipating the next time he’s able to compete and see his new friends. Deaneal McAfoos said the family is looking forward to competitions in Chicago and hopefully New York someday.