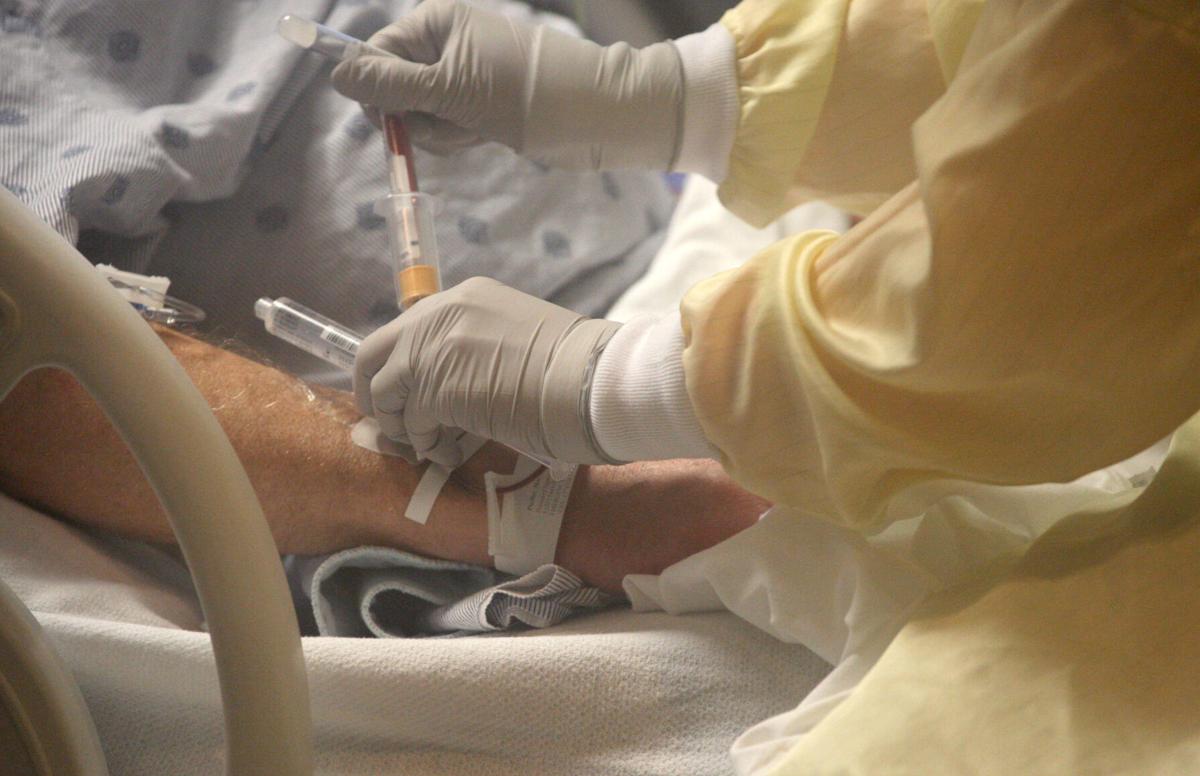 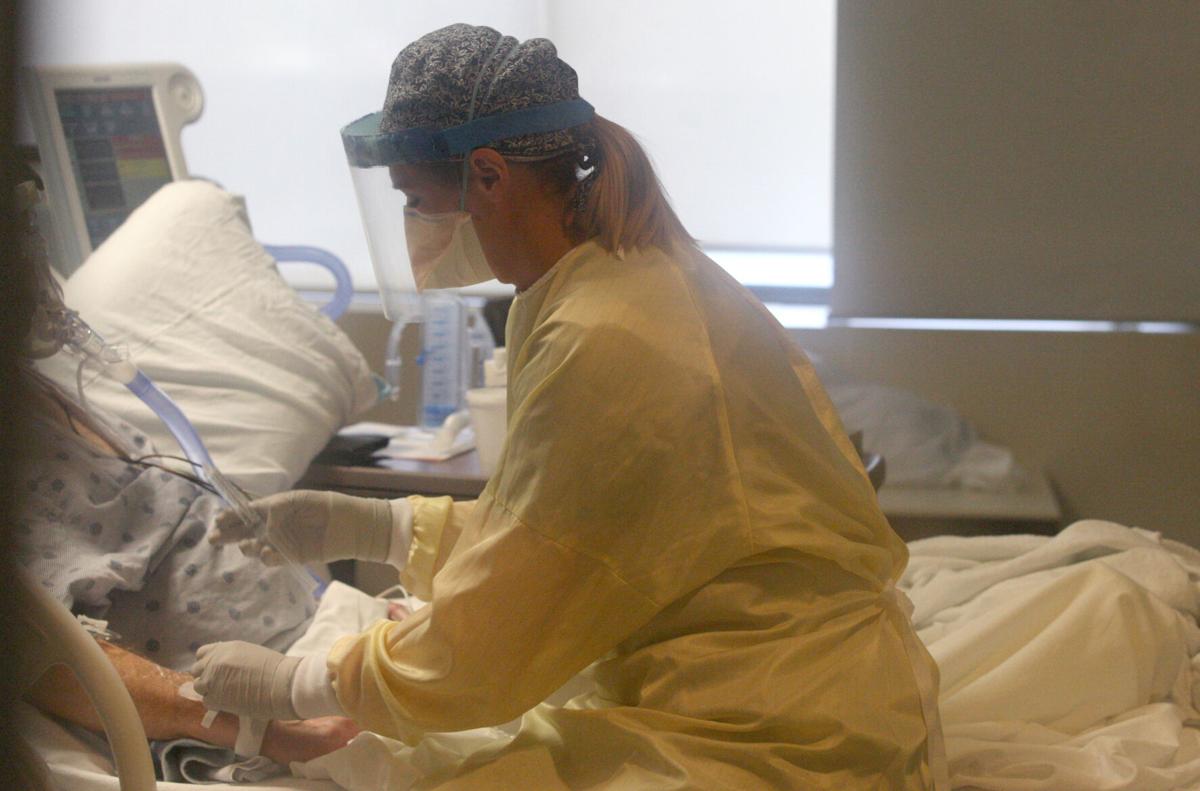 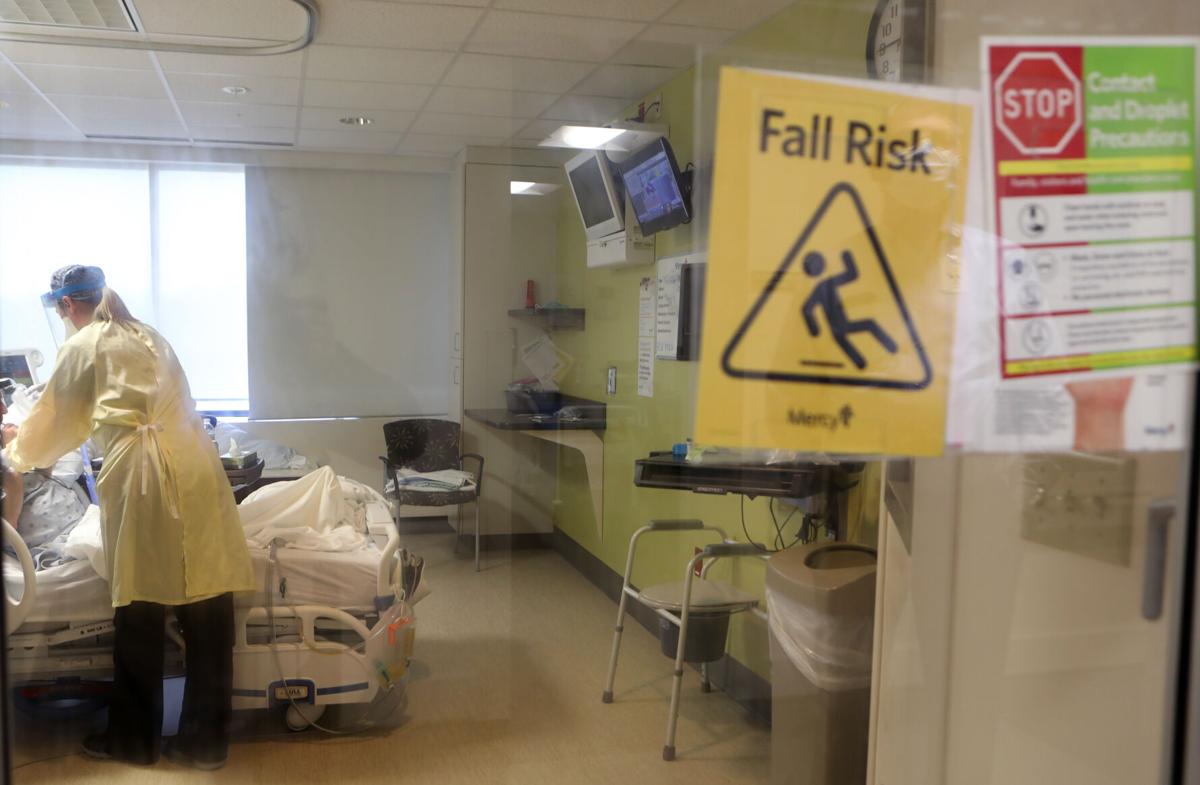 An ICU nurse at Mercy Hospital tends to a COVID-19 patient Thursday, Nov. 19.

An ICU nurse at Mercy Hospital tends to a COVID-19 patient Thursday, Nov. 19.

Seven hundred and sixteen Franklin County residents have tested positive for COVID-19 in the past week, according to the county health department.

“It is concerning and there are no two ways about it. Community spread is rampant,” said Franklin County Presiding Commissioner Tim Brinker, who is acting as the public information officer for the health department regarding COVID-19.

This includes 109 people who were listed as having tested positive for the virus on the county health department’s daily update Friday. The ages of those testing positive ranged from a 3-year-old boy from Union to a 102-year-old woman from Washington.

Of those testing positive this week, 406 were women and 309 were men. A case reported on Nov. 19 was a 77-year-old from St. Clair, but county officials did not report the person’s gender.

People aged 65 and older accounted for 120 of the new cases, or less than 17 percent of the cases reported this week.

“First and foremost, we are getting past the point that people think they are bulletproof. This affects every age group,” Brinker said in reference to the growing number of young people who are contracting the virus.

Since March, 4,415 county residents have tested positive for COVID-19. A month ago that number was 2,500 people.

Mercy Hospital Washington President Eric Eoloff said the data shows “that COVID-19 is spreading through the county at an alarming rate.”

The health department’s daily update also reported that 18 additional county residents have died from COVID-19, which increases the county’s death toll to 75.

According to Brinker, one of the deaths occurred in September with the rest being split between October and November.

“We are still awaiting confirmation of several others (reported deaths) that are being reviewed,” he said.

The death of Peyton Baumgarth, the 13-year-old Washington Middle School student who died of COVID-19 on Halloween, was not included in the county health department’s report.

According to Missouri Department of Health and Human Services Communications Director Lisa Cox, from the moment a person dies there are two separate processes that can take up to a month or longer to be completed before their death can be certified by the state as a COVID-19 death.

According to the state, there are significant lags in the death certificate processes compared to mandated reporting.

On average, it can take more than two weeks after any death before a certificate is filed with the state. An additional one to two weeks are generally required before any report is issued from the National Center for Health Statistics.

In many cases, while the person is already marked as deceased, the ultimate cause of death might not have been labeled COVID-19 until weeks after the person’s passing.

Eoloff said Mercy Hospital is treating 29 people. Of those, 14 are in the hospital’s intensive care unit and one is on a ventilator.

Due to the ICU being over its capacity, three patients are being treated in the hospital’s surgery center, Eoloff said Friday.

“This surge is the highest since the virus reached Franklin County,” Eoloff said. “The data on positivity rate, new cases and hospitalizations are clear on that.”

The health department also reported 79 active COVID-19 infections connected to nursing homes in the county. This includes nursing home staff and residents who have tested positive for the virus.