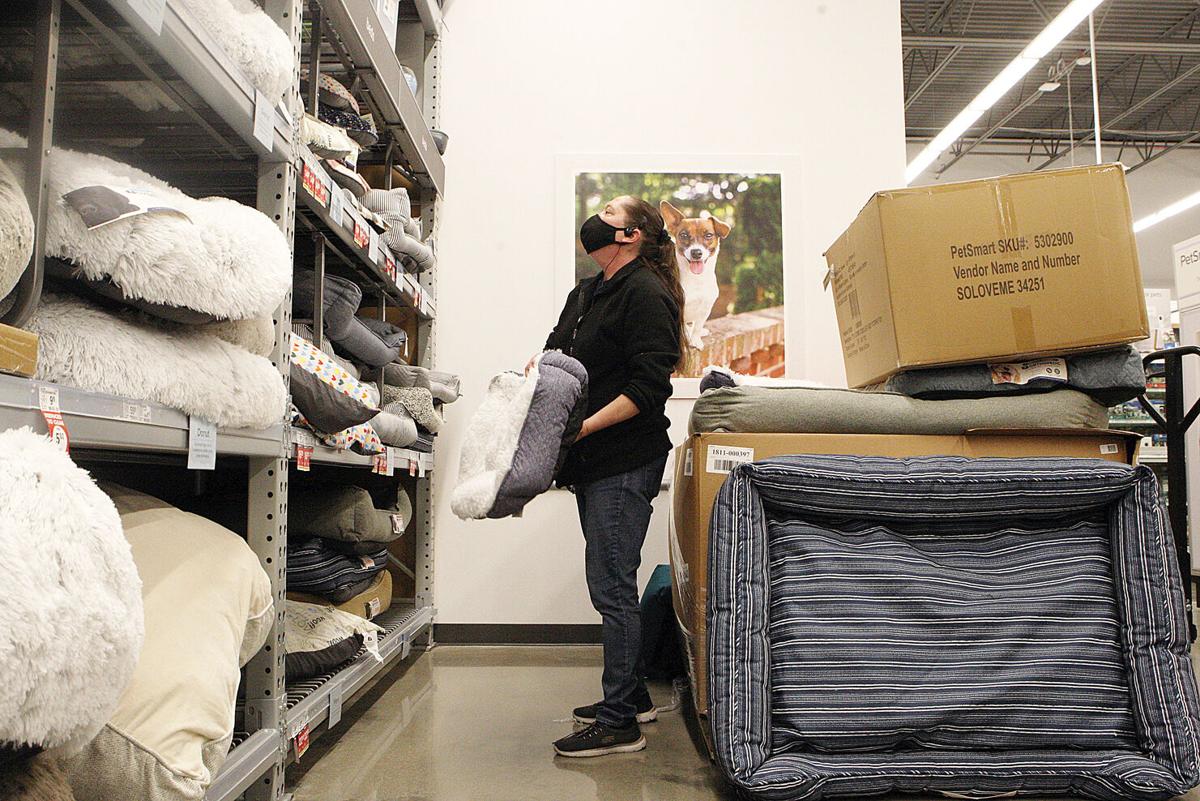 Amy Reynolds restocks pet beds at PetSmart in Washington Thursday, Dec. 17. Reynolds was able to get some of the product onto the sales floor but thought most of it would be overstock. 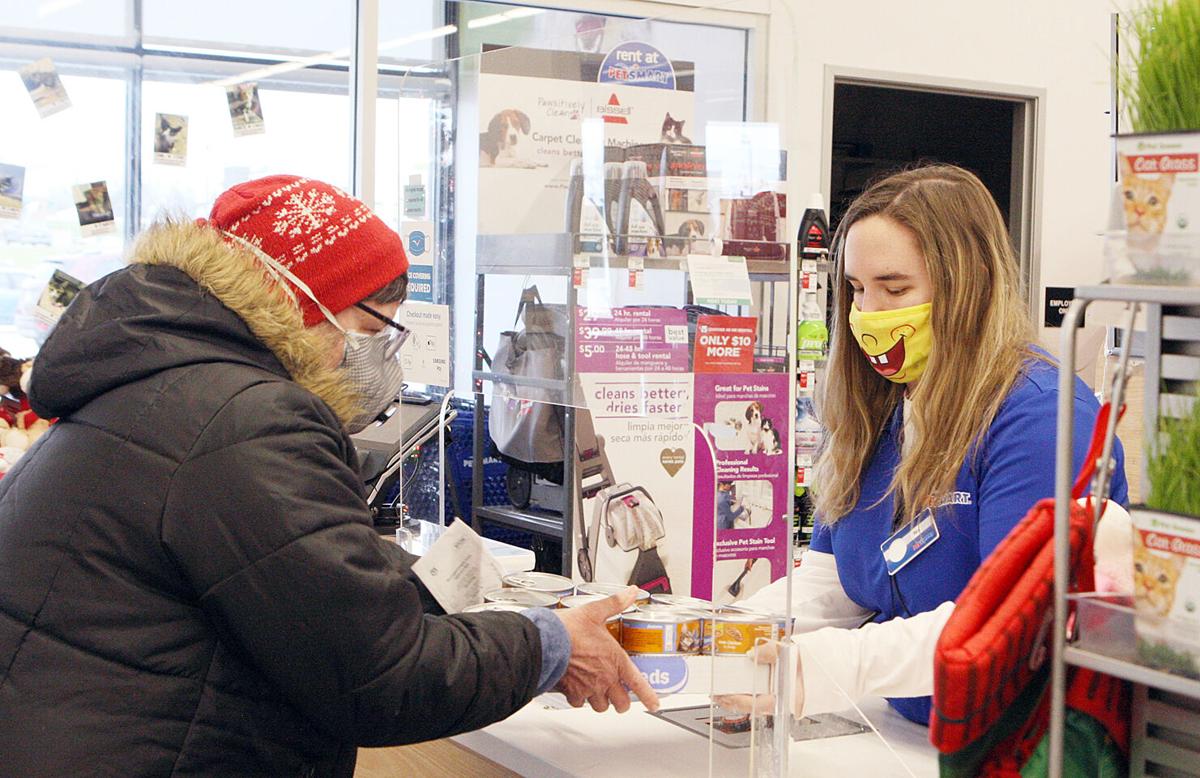 Amy Reynolds restocks pet beds at PetSmart in Washington Thursday, Dec. 17. Reynolds was able to get some of the product onto the sales floor but thought most of it would be overstock.

Mankind’s best friends are eating up the local pet food and supplies marketplace this year.

“It’s gone through the roof, sales have,” PetSmart merchandise inventory leader John Lause said. “I guess people are sitting at home more and want a companion.”

At the Washington PetSmart on Phoenix Center Drive, sales have “more than doubled” since this time last year, Lause said.

At Loyal Bella Co. in downtown Washington, sales in late summer were up 20 to 25 percent from where they were in early spring before the pandemic began, co-owner Jill Liebrum said.

In St. Clair, Petsense’s sales are higher than they were this time last year, store manager Brittany Baft said. This is true across every category, from food to toys, and has a lot to do with stay-at-home orders, but she wasn’t allowed to say by how much sales have increased without permission from the parent company, Tractor Supply Co.

The more pets there are, the more there is a need for food and supplies, Baft said.

She said that in October, Petsense had a spike in adoptions. Nine cats were adopted from the store, up from the usual two adoptions per month.

The Franklin County Humane Society saw a spike in pet adoptions in spring, which then leveled off, director of development Laura Amlong said. She also has seen a 35 percent reduction in strays or lost pets this year compared to past years, attributing that to people having more time to watch over their animals when working from home.

More than 200 cats and dogs were adopted between the date the shelter closed to walk-ins, March 23, and mid-June. Still only open by appointment, a total of 877 pets had been adopted as of mid-December. Just over 900 had found new homes in mid-December of 2019.

Even before this year, when the pandemic altered animal care habits, pet-related sales already had been on an upward trend. Americans spent $90.5 billion on their household animals in 2018, according to the American Pets Association. One year later, that increased by over $5 billion. This year, Americans are expected to spend $99 billion for their pets.

“There’s not one thing in particular,” Lause said, discussing how sales have increased online, in-person and across the entire store. “This year, between Halloween and Christmas, we sold holiday guinea pig costumes, and they pretty much sold out.”

Around the holidays, people are expected to spend 5 percent of their retail budget on pet supplies, according to research by Deloitte, a global provider of audit and assurance, consulting, financial advisory, risk advisory and tax services.

One in two holiday shoppers will buy pet-related items, and the amount spent will average $90.

In 2020, online pet sales is also one of the fastest-growing industries in the U.S., surpassing even video streaming services, stock and commodity exchanges and high frequency trading, according to IBISWorld.

Petsense’s and PetSmart’s in-person sales are still stronger than any uptick in curbside pickup, Lause and Baft said, after having largely remained open to walk-ins.

Loyal Bella’s curbside pickup orders were more frequent than walk-in purchases at the start of the pandemic, but in the past several months, there has only been one curbside pick-up order, Liebrum said.

“People want their companion,” Lause said. “Everyone’s different. Everyone has a different reason why.”