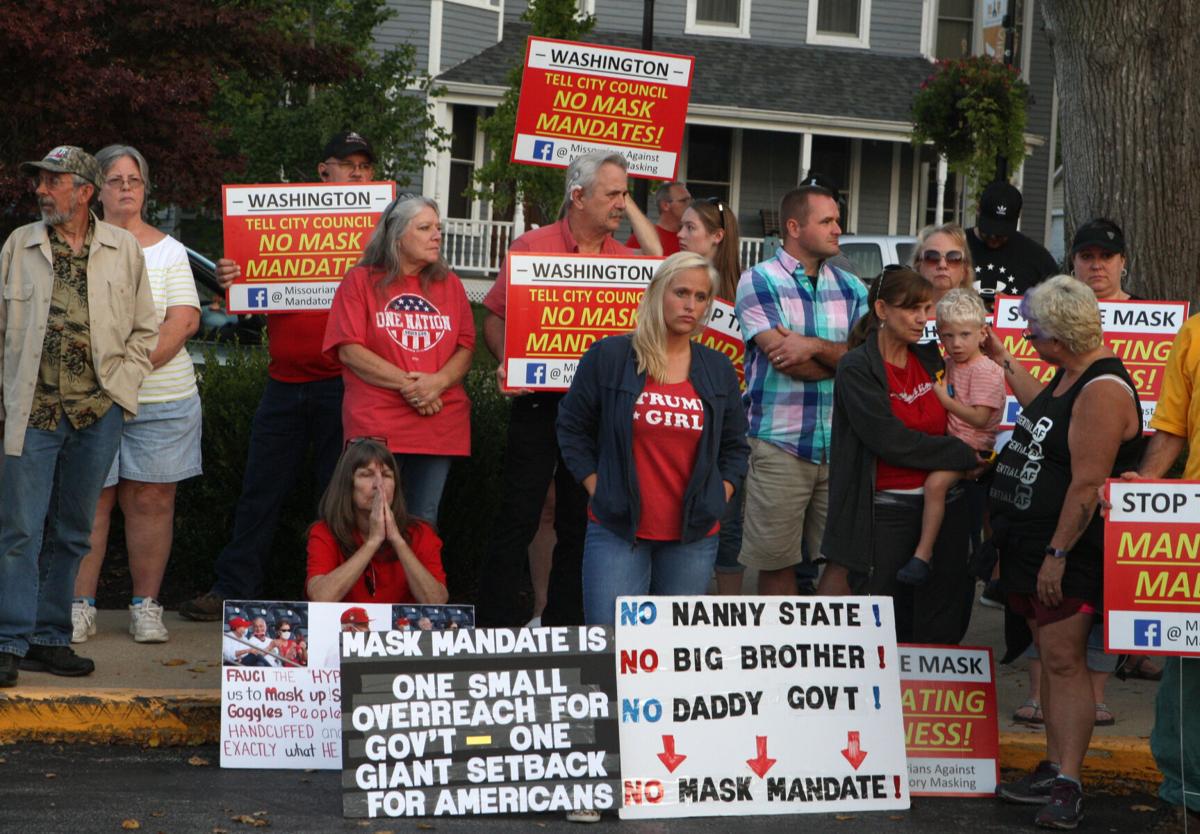 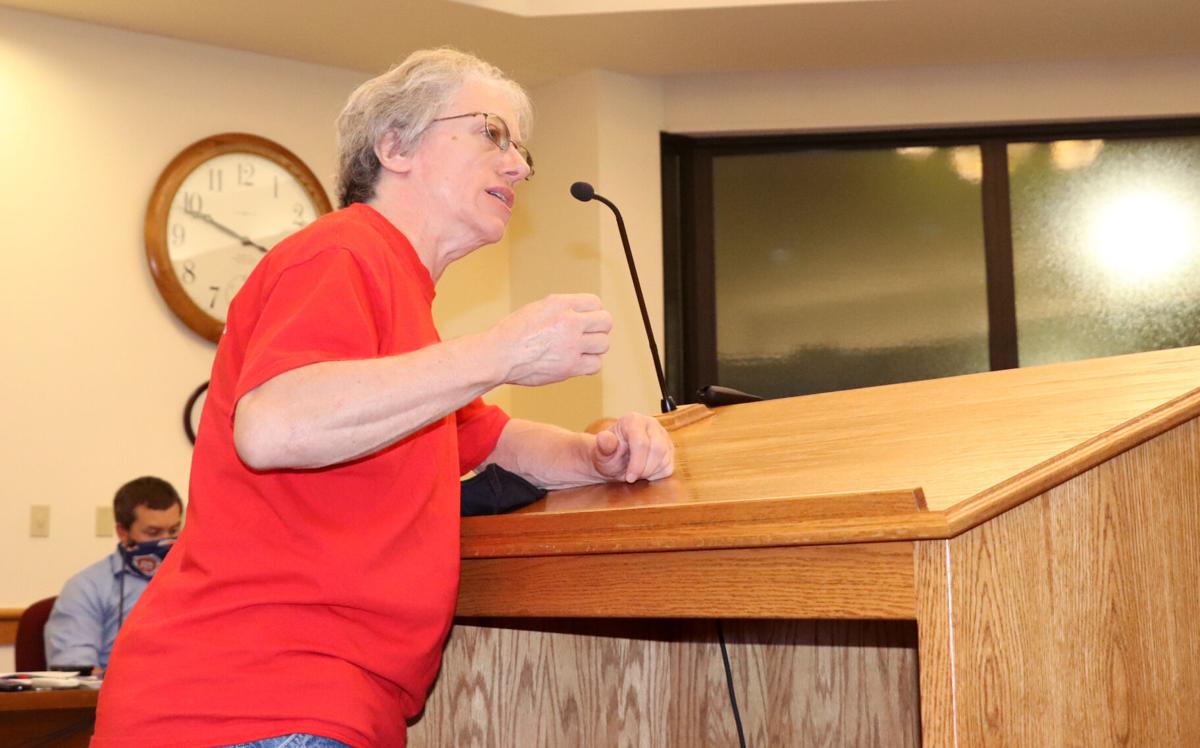 The protesters, many representing the group Missourians Against Mandatory Masking, lined both sides of West Fourth Street as attendees of Monday’s meeting entered city hall. The group arrived to protest a planned discussion involving medical professionals from Mercy Hospital Washington, the city’s emergency management director, and members of the city council about implementing community-wide COVID-19 restrictions.

A handful of the demonstrators were allowed inside the council chambers to attend the meeting, which had limited seating as the seats in the city council chamber have been spaced apart due to COVID-19 guidelines.

The demonstrators were quiet as the council conducted its regular meeting and voted to approve a restriction on mass gatherings on city property because of the ongoing coronavirus pandemic. That recommendation came from Mercy Hospital Washington officials, including Chief of Staff Dr. Tom Riechers, President Eric Eoloff and Dr. David Chalk who spoke at the meeting.

Mercy Hospital officials also recommended the city require employees and customers to use face coverings at all public buildings and businesses and to require employees at restaurants and eateries to use masks, gloves and hand sanitizers.

City Council member Mark Wessels of Ward 2 told the council he wanted those recommendations to be discussed at the council’s next meeting on Oct. 5 due to the increasing numbers of local COVID-19 cases.

Washington Mayor Sandy Lucy acknowledged Wessels’ comment, which prompted an outcry from the protesters in the gallery.

Margie Berger, owner of Critter Corral in Washington, interrupted the proceedings and asked Lucy if she could address the council as no representatives opposed to mask mandating had been offered the opportunity to speak.

“You opened it up on all your other things tonight for the public but then you all held a vote without opening it up and being heard by the people,” said Berger, who was one of the last demonstrators to stay for the duration of the meeting.

Berger challenged the presentations of Mercy officials, saying that when she was a patient at the local hospital on Sept. 3 that she was not required to wear a mask and was admitted to the hospital without issue. Berger said her experience at the hospital included being in an ambulance, in the emergency department and admitted for observation.

“This mask mandating is ridiculous. If you all educated yourself and understood the immune system of your body that God created it for, you would understand,” Berger said. “It’s been on the news with the president about herd immunity the way society is going to survive this is to contract the virus.”

Berger’s sentiment was reiterated by six other people who addressed the council following her remarks. All six focused on the topic of herd immunity, their own experiences of not contracting COVID-19 and their experiences at Mercy Hospital Washington. They said a mask mandate would be an infringement on their constitutional rights, and cited the ill effects of wearing masks.

After the public comments regarding a mask mandate were made, the city council voted to adjourn the meeting and made no decision on whether Wessels’ request would be addressed at the Oct. 5 meeting.