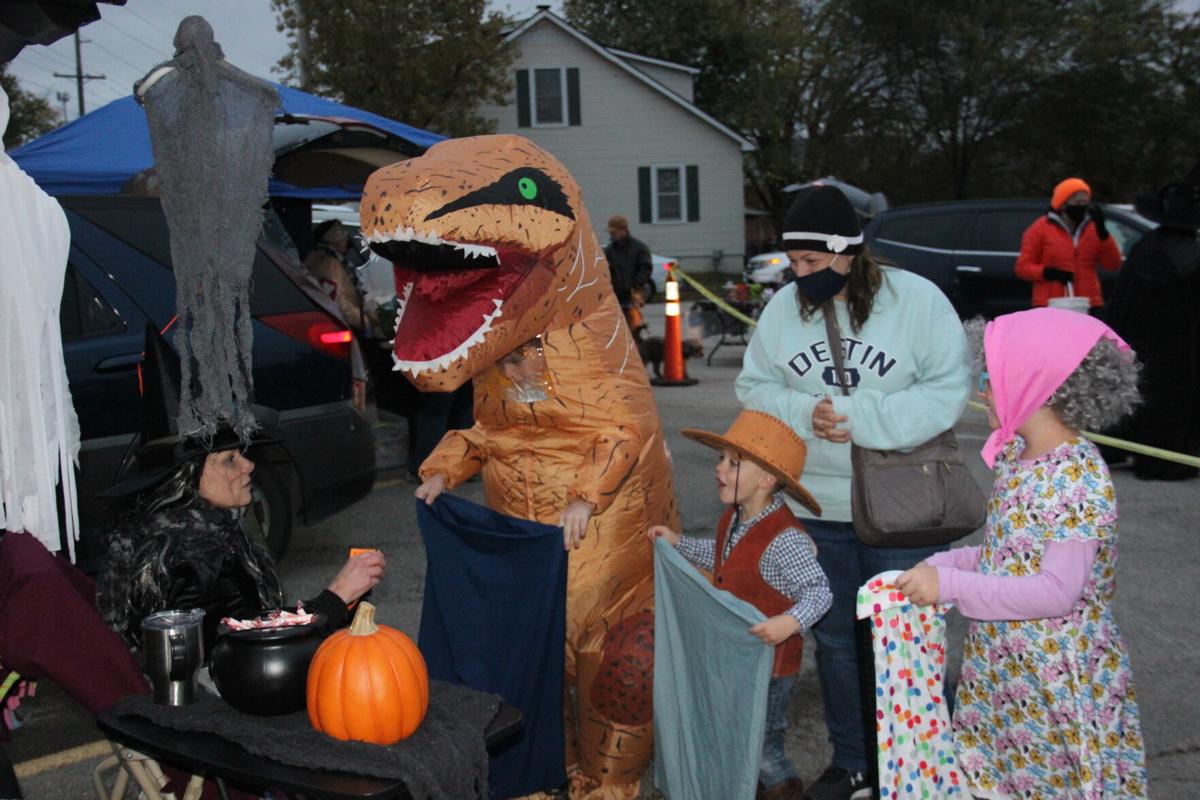 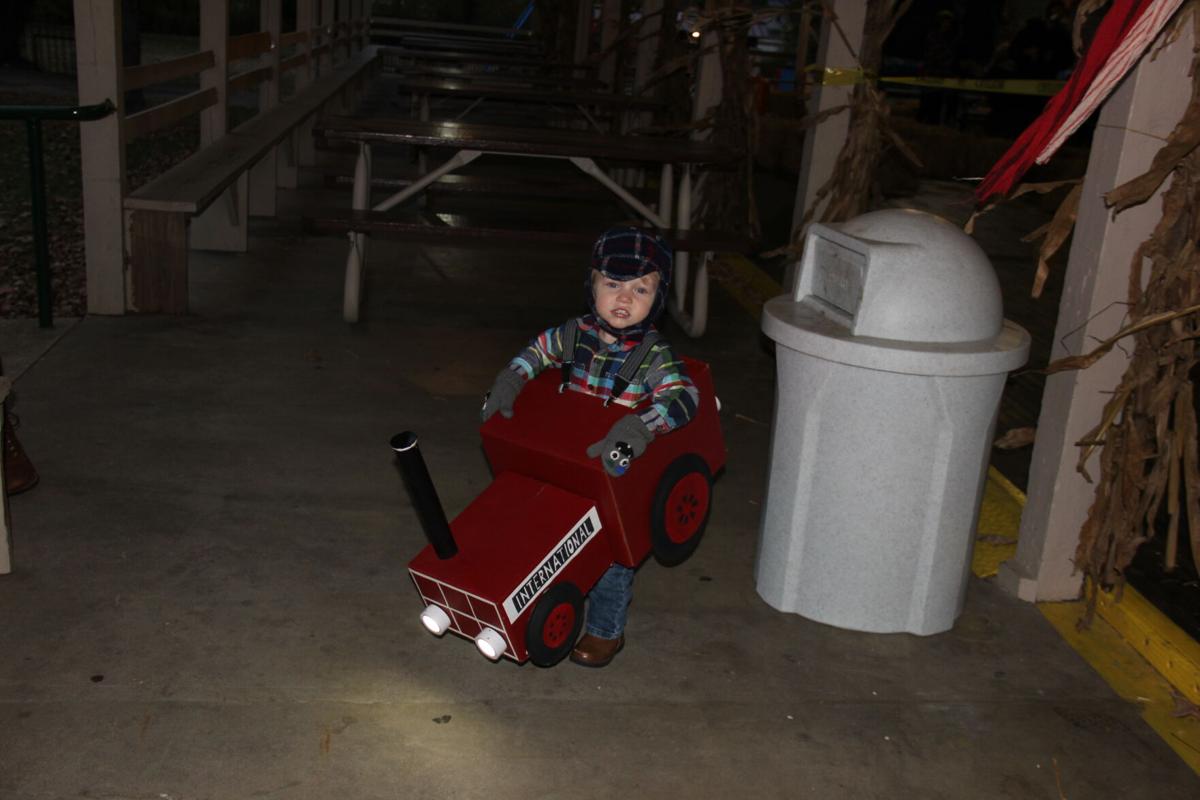 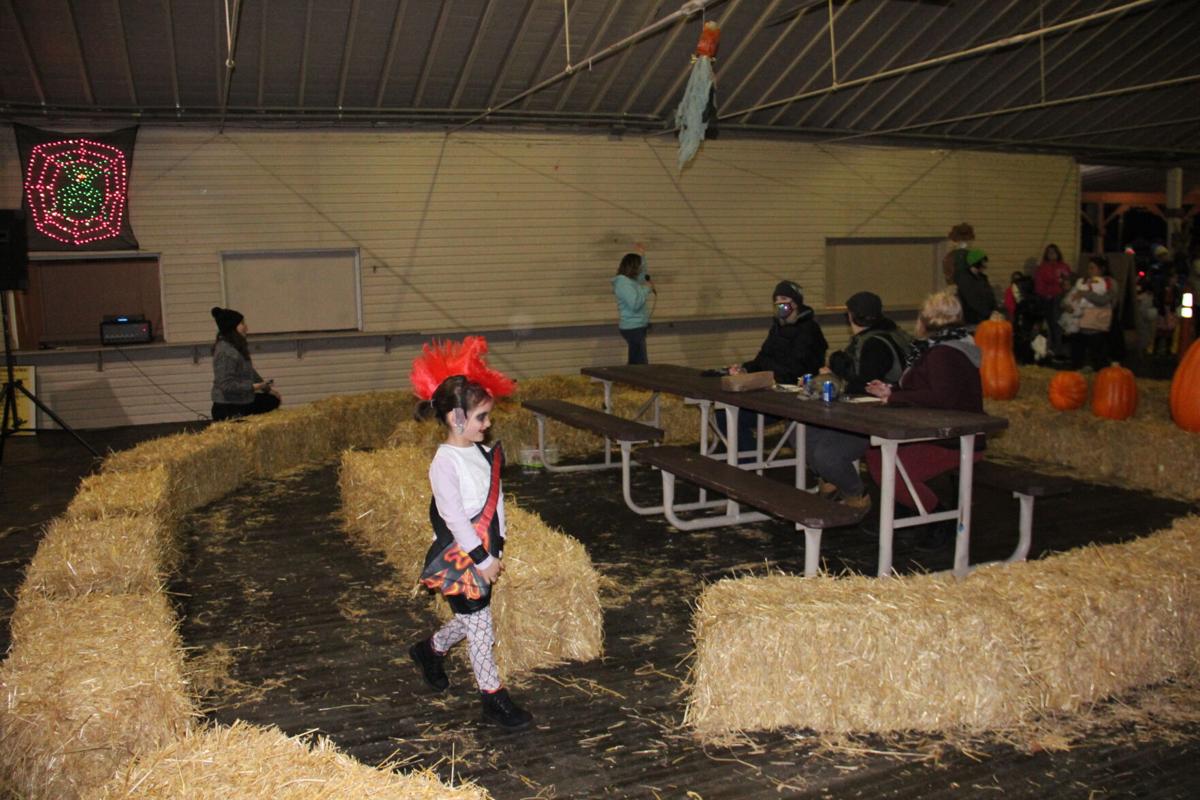 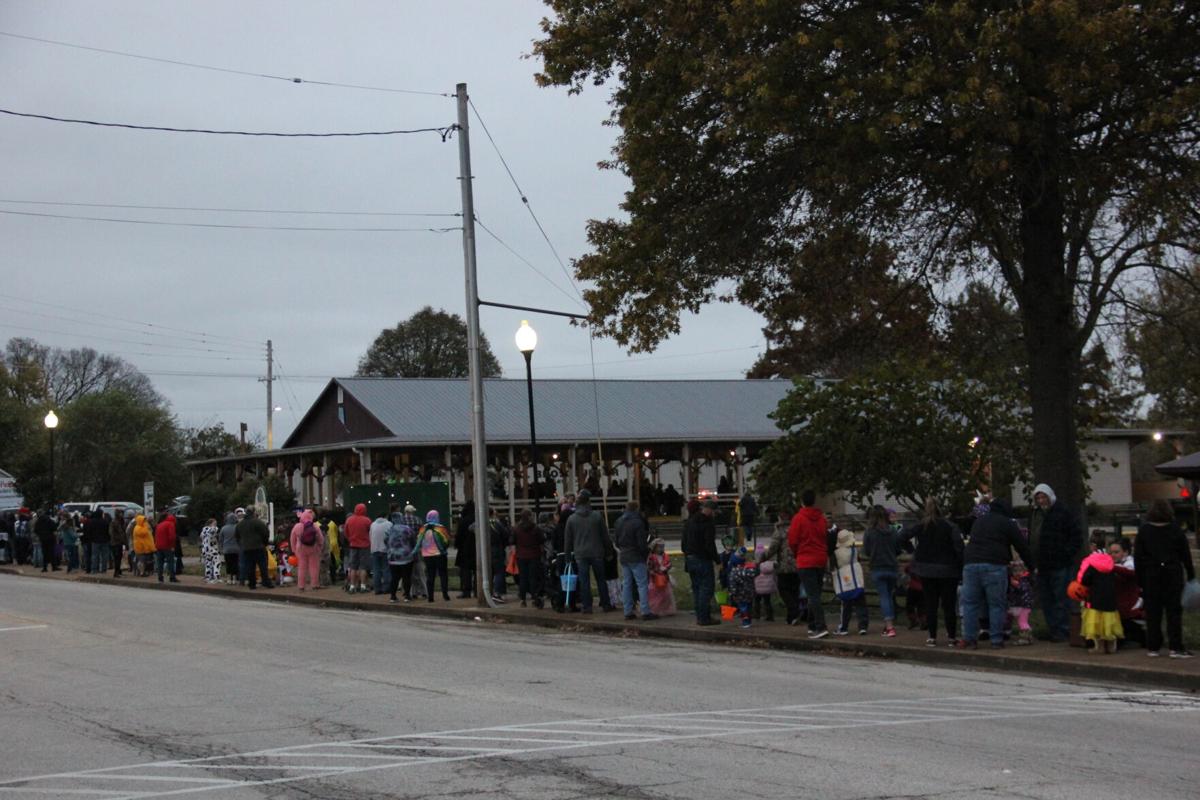 Union’s Boo Bash was a graveyard smash. Maybe even a bit too successful.

Organizers prepared 300 bags each with hot dogs and chips for the Friday, Oct. 23, event at City Park. Parks Director Chad Pohlmann said they went through them in an hour and a half.

A line to enter the trunk-or-treat at the corner of West Park Avenue and North Christina Avenue ran down Park Avenue, beyond the entrance to the Splash-N-Swimplex to the bridge over Flat Creek for a long period.

“I would like to have seen a little more physical distancing in that line,” Pohlmann said.

The parks department, which ran the Boo Bash along with the Union Area Chamber of Commerce, moved the hayrides to the other side of the bridge to help keep its line from crossing the line for the trunk-or-treat. But Pohlmann said that might have led to some people not knowing about the hayrides, which this year allowed fewer people on at a time for social distancing.

Overall, Pohlmann said he was pleased with the event, which also included a costume contest with divisions for different age groups. But after the long lines, he is thinking about changes for the Children’s Christmas Party, planned for Dec. 11, along with the Chamber’s Winter Wonderland Parade. People typically crowd into the former city hall, now the auditorium, for the gift giveaway.

“I think that our traditional Christmas party, the way we’ve done it in the past, is not an option,” Pohlmann said. “I have a couple ideas. There needs to be more conversations with the staff at the parks department and the Chamber.”

“It’s going to eliminate some of the fun aspects of it, like sitting on Santa’s lap or getting your face painted,” Pohlmann said. “But with the potential hazards out there, we’re going to have to figure out a way to do it.”

Pohlmann plans to discuss the event further with the city’s park advisory board at its Nov. 19 meeting.

The parks department also is planning changes to its annual Valentine’s Dinner and Comedy Show. Pohlmann said he is considering limiting the event to 20 tables instead of the traditional 40 if the pandemic continues.